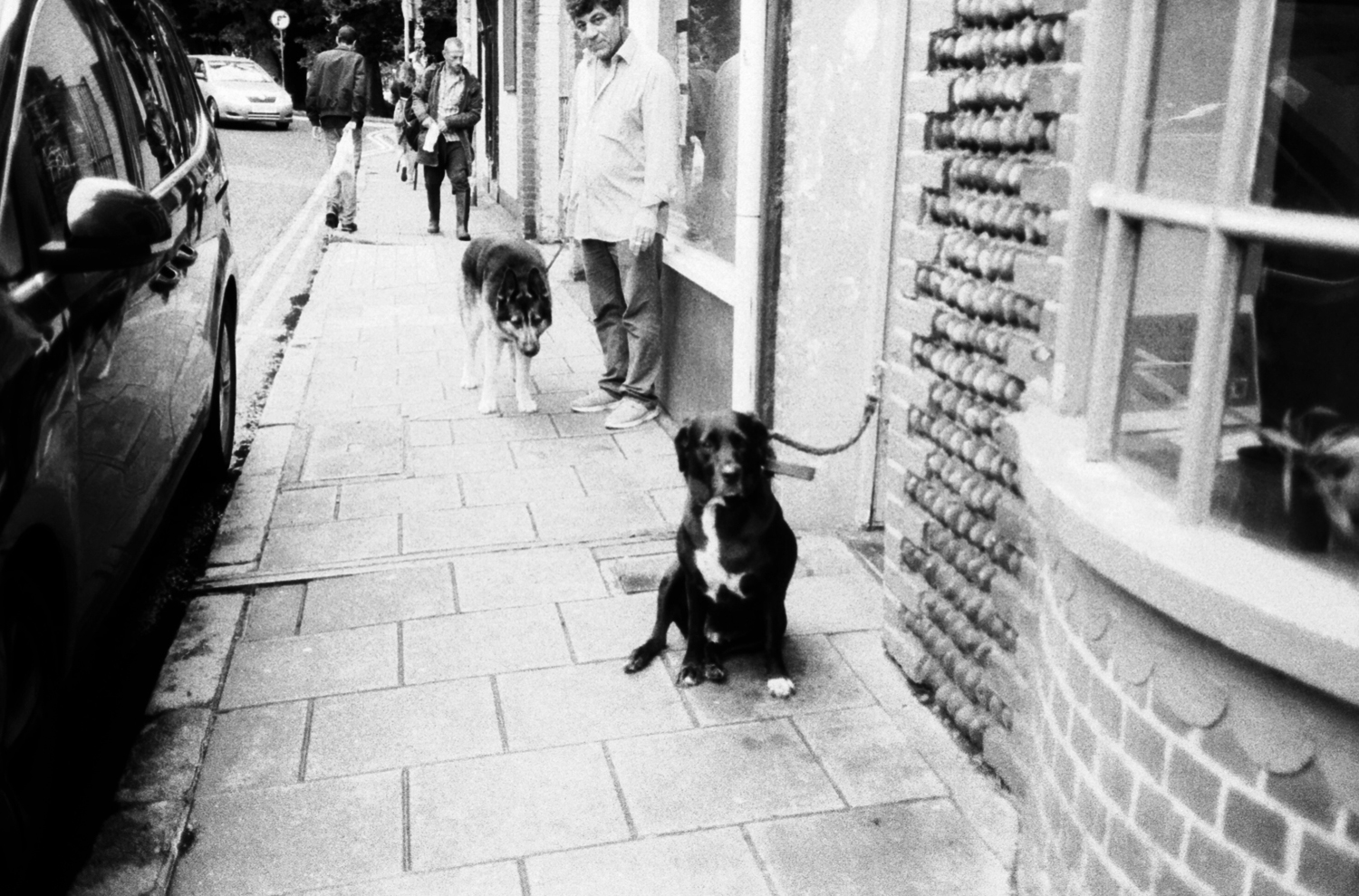 I’m a late convert to photowalks.

But it’s good to sometimes be part of a group. Walking is good for you, but so is social interaction; recent research suggests that the effects of sustained loneliness are as bad for you as smoking a pack of cigarettes a day.

I’ve started my own photowalks with the wonderful Rob from London Camera Project, after taking part in a handful this year. Two of them were Unusual Eyes photowalks run by Anil Mistry in Brighton.

For the second of these I thought I’d snap away for a new series for the blog called Compact Combat – shooting two rolls of the same emulsion on two different pocket cameras on the same day.

So the obvious thing to do was grab two rolls of Kosmo Foto Mono. There is quite a lot of it sitting around the house…

I have a drawer full of compacts of various stripes, so chose two 80s-era compacts to put to the test. The Konica MG is a well-specified compact featuring a 35/3.5 Hexanon lens. It has manual DX-coding and a stylish clamshell cover much like the Olympus XA. I’d already taken the Konica on a couple of trips in 2018 and was impressed with the results.

The other camera was a Ricoh FF-3 AF Super. It’s one of a bunch of cracking compacts Ricoh produced in the 1980s, none of which have yet been hyped to wallet-busting levels. This FF-3 had been picked up on the internet for less than £20 and I hadn’t yet shot a roll on it.

The walk was great fun. Anil is an enthusiastic film photographer and there was a good bunch of about 20 photographers, some of whom had also jumped on the train down from London.

One problem, however – the Konica just wouldn’t play ball. It worked fine before and has since, but for some reason the roll shot here was massively underexposed, meaning no shots good enough to upload. No Compact Combat this time. 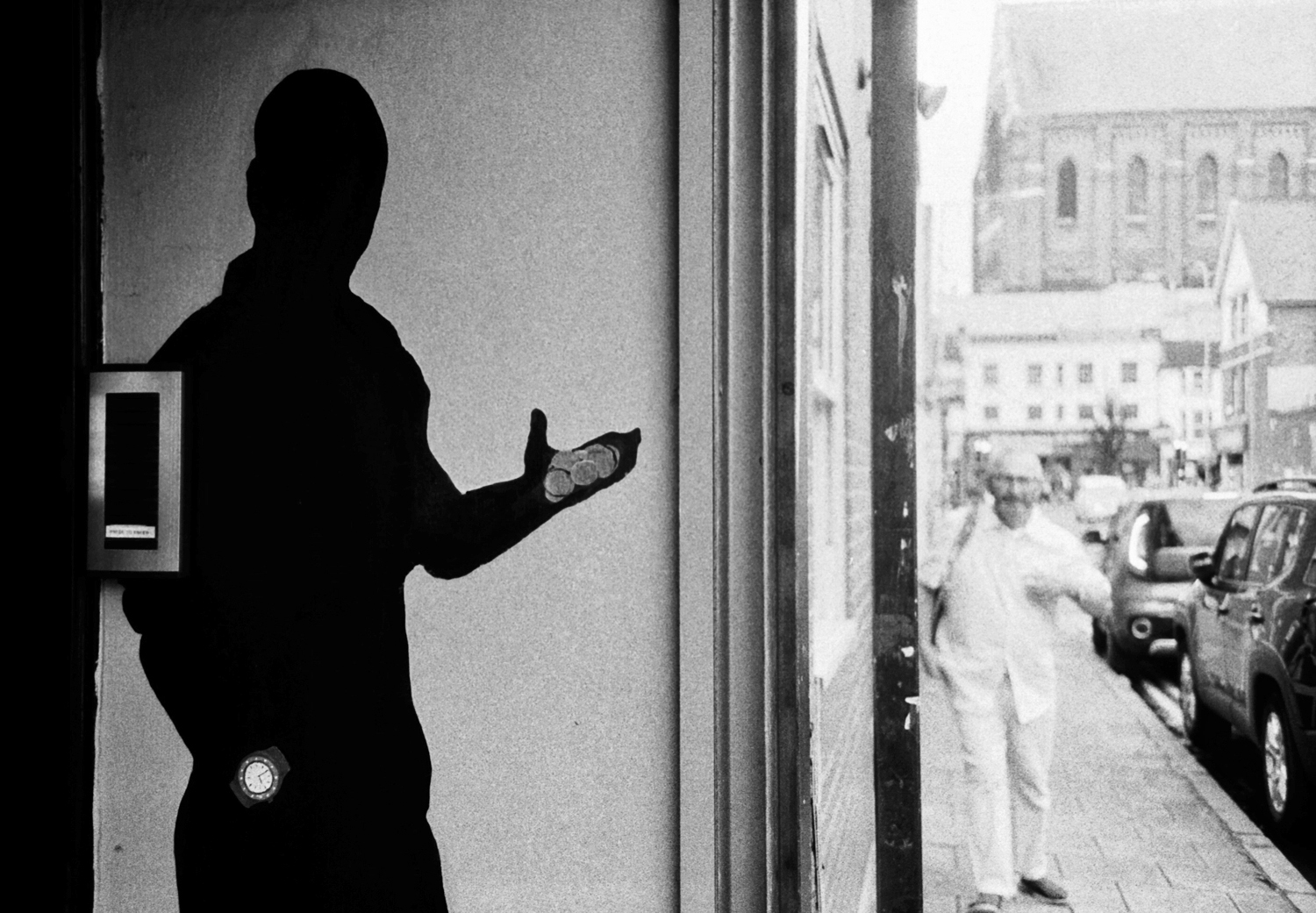 The FF-3 did mostly behave itself – it turned out that the seals weren’t quite as light-right as they should be, leading to the odd frame flecked with stray light. Only the odd frame, however. I was impressed with the Ricoh’s lens – tack sharp, with plenty of contrast – and the camera’s metering was bang-on. 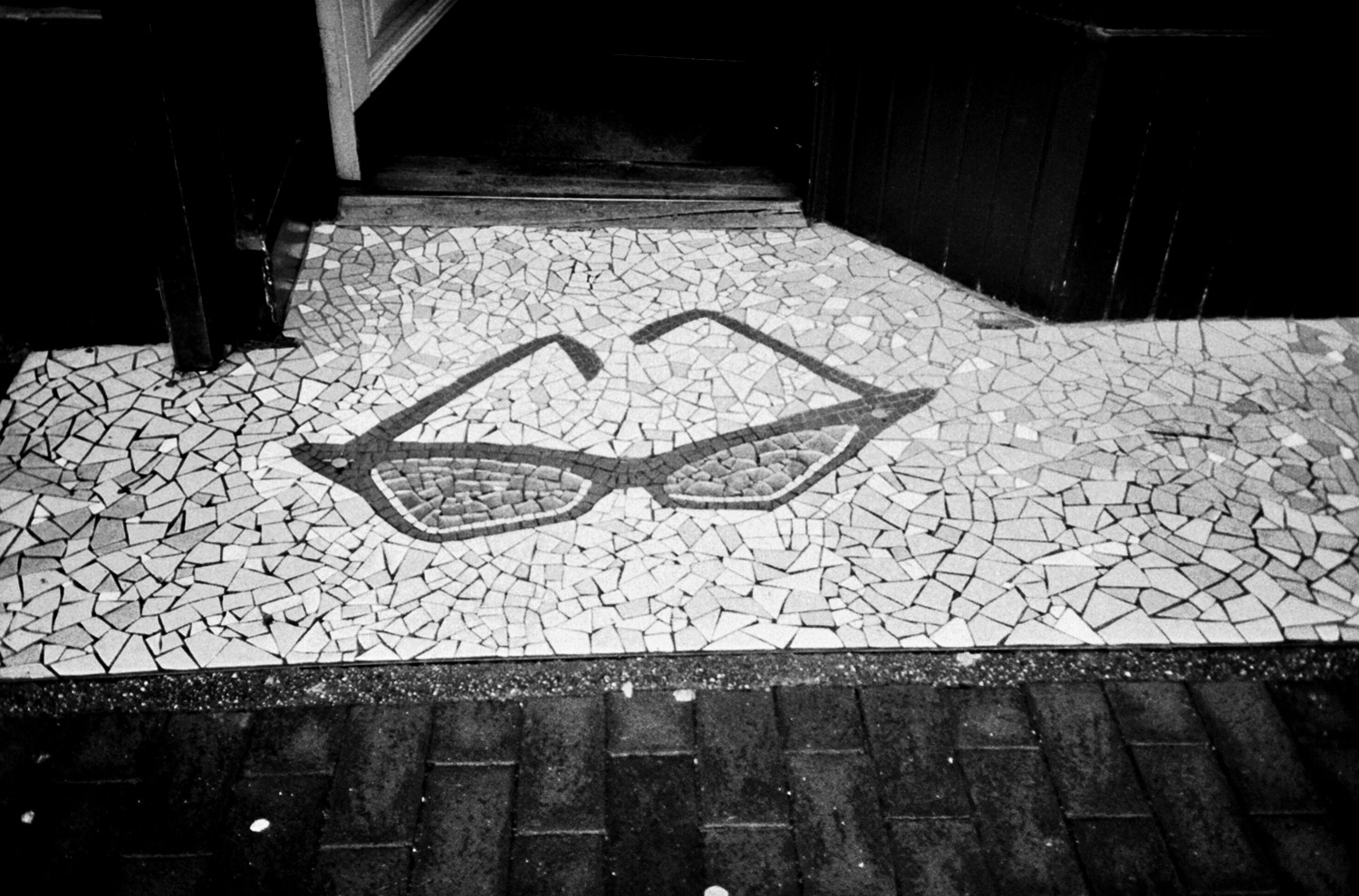 Brighton is such a fantastic spot to take photos in – every second person who wanders past is a possible subject, while the backdrop of tiny shops and graphic graffiti adds some urban edge. My Brighton photowalks will become a regular thing.

And once I get the seals fixed, the FF-3 will be joining me again. 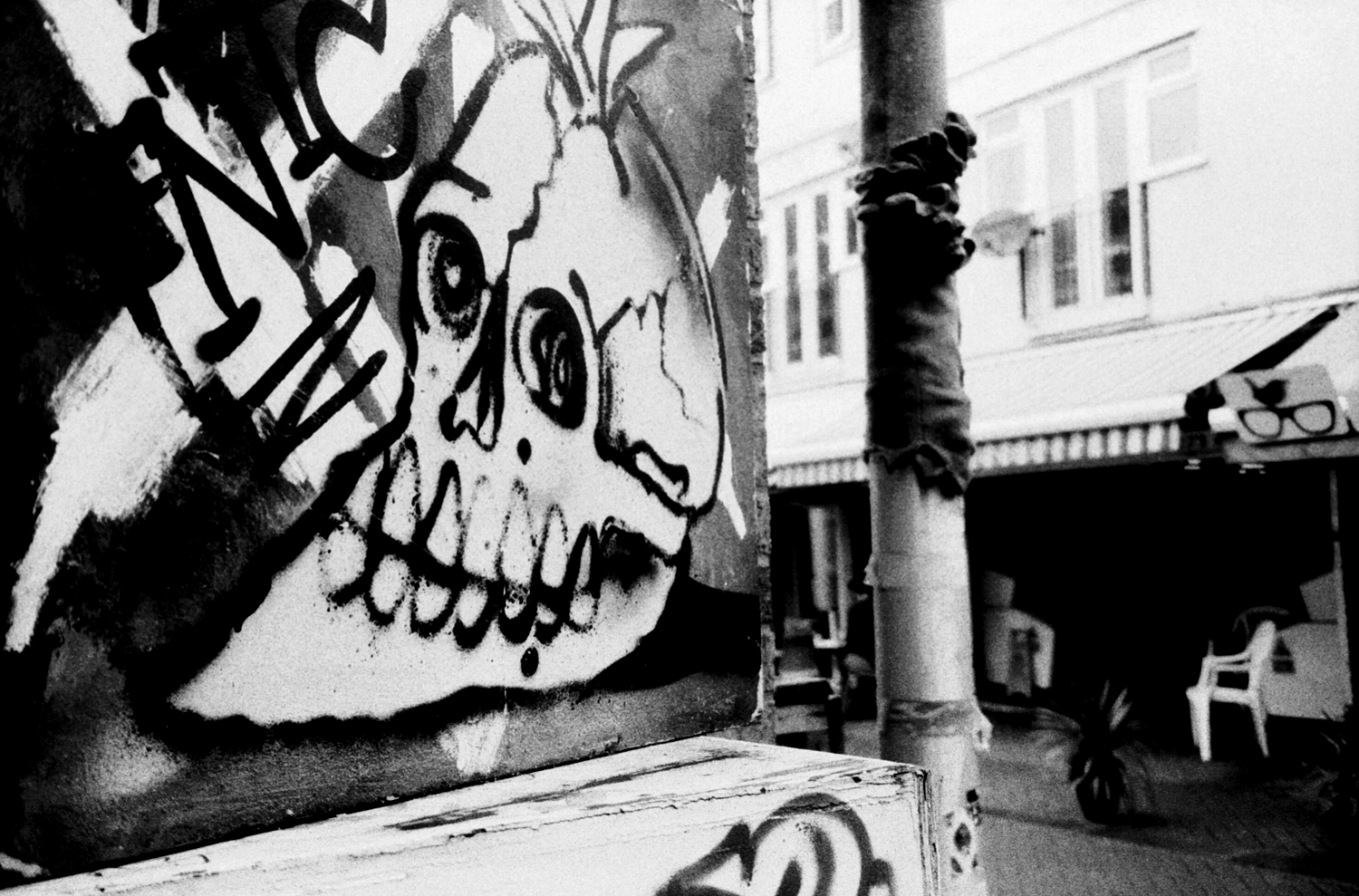 Love the images. I have a couple of Ricoh compacts a Shotmaster Ultra Dual and a Shotmaster Zoom 105 Ultraplus ! both great compacts. I knock around with a couple photo friends (one of whom I’ve known since 1970, when we both had hair !) and enjoy the company and inspiration and many stops at coffee shops, but I also like going out on my own.