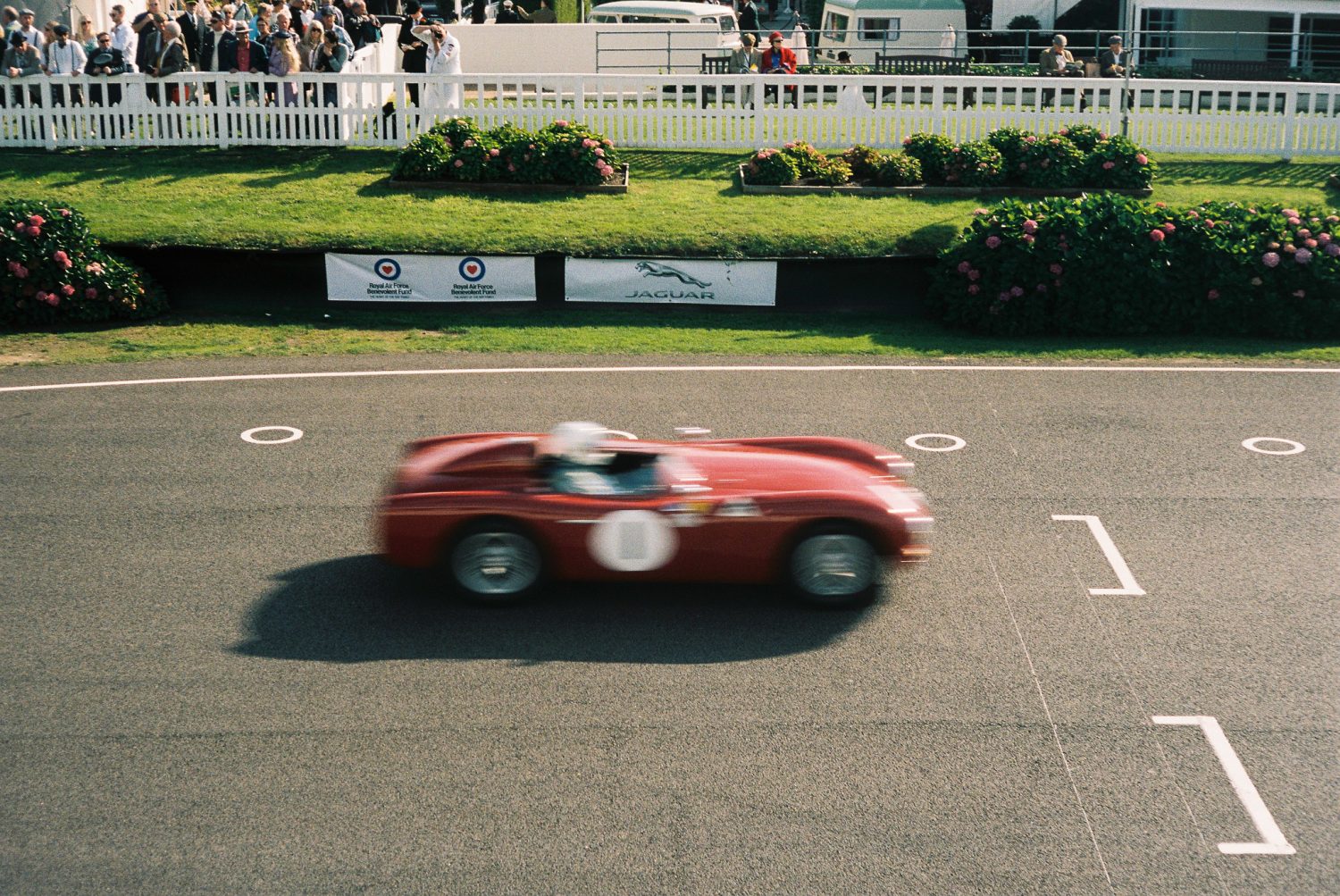 Dan Rubin is one of the leading figures in London’s analogue movement.

The half-British, half-American photographer and creative director is one of the most high-profile film photographers in the capital – even though his photographic schedule sees him living far more of his out of a suitcase.

Rubin, 41, is a Leica Akademie host and is holding a two-day advanced film photography course at the Leica London Store on 21 and 28 September, where film enthusiasts can pick up tips from a photographer whose travels have taken him as far afield as Sri Lanka and Iceland.

Kosmo Foto caught up with Dan by email ahead of the London masterclass, to learn a little more about his love for film and why he’s embracing it even more.

How long have you been shooting film?
I’ve been *properly* shooting film since 2008 — which is when I picked up an SX-70 and really discovered photography for the first time. I’d shot film when I was in my teens, of course, but mostly on disposable cameras and never as an artistic endeavour. Even when I started playing with early digital point-and-shoot cameras, it was out of curiosity about the tech, not because I ever thought I would be capable of taking a decent photo.

How did you get into it?
That SX-70 sparked something in me I’d never felt before: I realised I could use a camera as a creative tool, a way to wrap my head around the complexities of the world, and make sense of everything I saw. That relationship had never revealed itself before picking up that particular camera, and a few packs of original Polaroid film.

It never would have happened without a little FOMO (fear of missing out) — a friend of mine who was also a designer (my full-time profession at that time) bought an original SX-70 and published a short essay about shooting Polaroid film before it went away forever. I’d never seen the camera before, and I fell in love with the object immediately. I only bought one with the intent of shooting a few packs so I could tell my eventual grandchildren that I had; I expected to put the camera on the shelf afterward as a nice design object.

Those first few packs changed my relationship with the world completely, and sent me down a path of digital and film photography that I don’t believe I would have discovered otherwise.

How long have you been shooting it commercially?
My first commercial photographic project of any sort was in 2012, but it was a one-off as I was still focused on design. In 2013, I decided I needed a break from full-time design, and a change of scenery (I was living near Miami at the time, where I’d spent my life up to that point), so I moved to the UK and set myself a goal of six months to see how much work I could drum up as a photographer.

Do you stand out from the crowd shooting stuff like this? Is film starting to make a return for commercial clients?
In some ways, film never went away, commercially – there are some pretty well-known photographers who still shoot film, and never really strayed from it.

Depending on the client, film can have an extra appeal, and I’ve found the combination of shooting film, being selective in the types of projects I accept, and constantly experimenting with style, format (eg 4×5 and 8×10, instant photography, et al), and subject matter, helps set me apart from whatever the median happens to be. It also keeps me from getting bored. 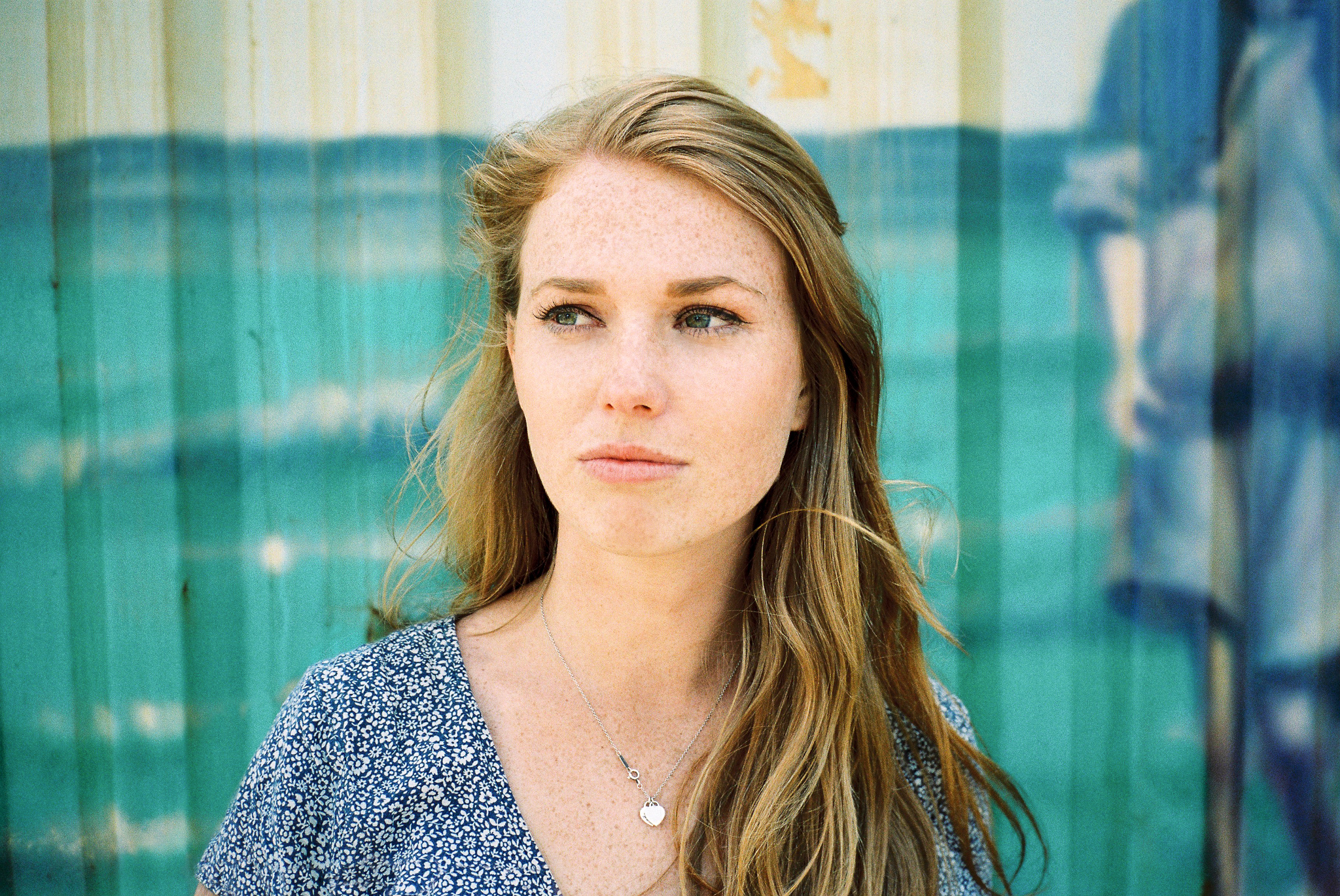 Standing out from the crowd is all about being noticeable – whatever it is that achieves that within the circles you want to be noticed by, is worth doing.

What do you think is the most useful stuff you’ve learned that you try to pass on?
I always find the basics – the fundamental things beginners want to skip over, and those who are more advanced think are beneath them – are the most valuable things to teach, and to practice myself. This is true in design, photography, music – anything I’ve had opportunity to teach. And the better someone appears from the outside, the more likely they practice and refine their understanding of these “basic” principles.

Composition and understanding of how light works are essential to photography, much like knowing your camera inside and out is a prerequisite for it becoming an extension of your body. When people ask me what books they should get to learn the basics of photography, I point them at writings on composition for painters and illustrators. Understanding that these concepts have been around a lot longer than photography itself opens up an entire world of potential inspiration, and separates the concept from the tool.

You have a day off in London – which two cameras and two films do you take?
Oof, such a tough decision… I have over 50 cameras, and I love all of them for various reasons. I suppose this would be a different answer if it were a “desert island” question, so with that in mind… Right now, I’d take the two I’ve been traveling with the most this year: Leica M6 (with a 35/2), and Leicaflex SL (with a 50/2). A year ago, it would have been a medium format camera or two, but I’ve been trying to be kinder to my back and shoulders with my non-stop travel schedule, so I’ve found myself reaching for those two cameras more often than not. 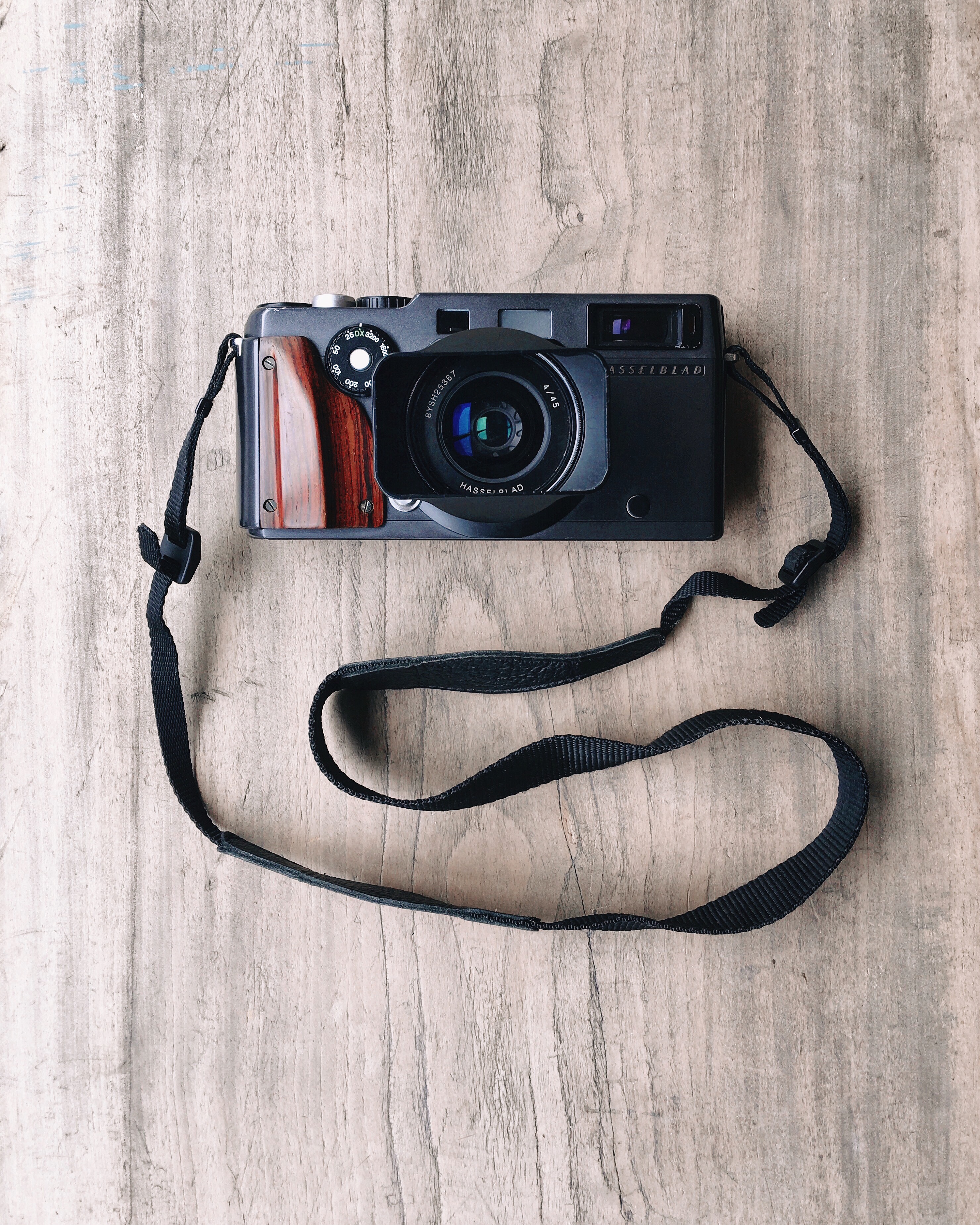 They make a great pair for wandering a city, too: The M6/35mm combination is perfect for street shooting and the occasional portrait, and the Leicaflex is essentially the SLR equivalent of the M6, and thus perfect for 50mm portraits and more precise framing. One on each shoulder makes for a great team, plus they’re both fully-mechanical with light meters.

What are your favourite film cameras?
Considering the above-mentioned 50+ cameras, this might be a long list — I’ll limit myself to my three favourite in any given category, but it won’t be easy… 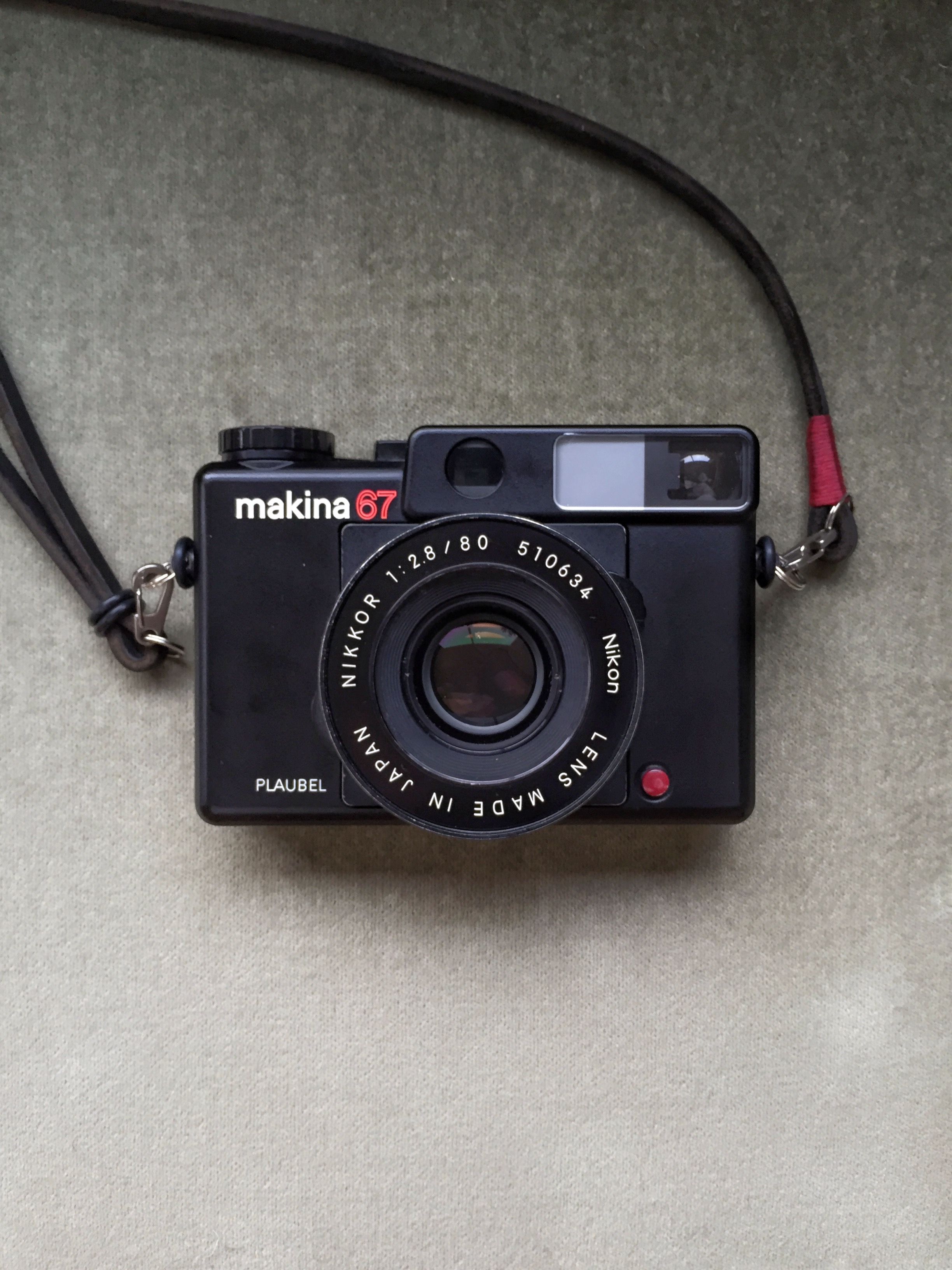 What you are you up to next?
In the immediate future, I’m running my next workshop in London on 21 and 28 September with Leica and Kodak – it’s a two-day workshop on film photography, covering advanced techniques, professional film stocks, digital post-production/workflow, and more.

I’m also working on my first big documentary project, a mixture of stills and a documentary film, all about creatives who live and work in the Arctic Circle. I’ve been working on it on and off for over three years now, and finally at the point where getting it funded is the remaining hurdle. Filming will begin in late May, so I’m excited to see the final pieces come together over the next few months.

Plenty of smaller projects also in the works, photographic and otherwise, including camera straps and other small accessories, and a few other hardware products for the specialty coffee and fashion markets. Also preparing to launch a new creative partnership based in London, and a product design studio in NYC, so quite a lot to be excited about all around!

Are you optimistic about film’s future?
Absolutely. When I look at the changes in the film photography community in the last five years alone, it shows how much potential there is for a more sustainable approach to the industry as a whole. As long as the labs continue to have enough business, the equipment and chemicals continue to be serviceable and available, and the cameras can be repaired, there’s a market for the film manufacturers to keep producing.