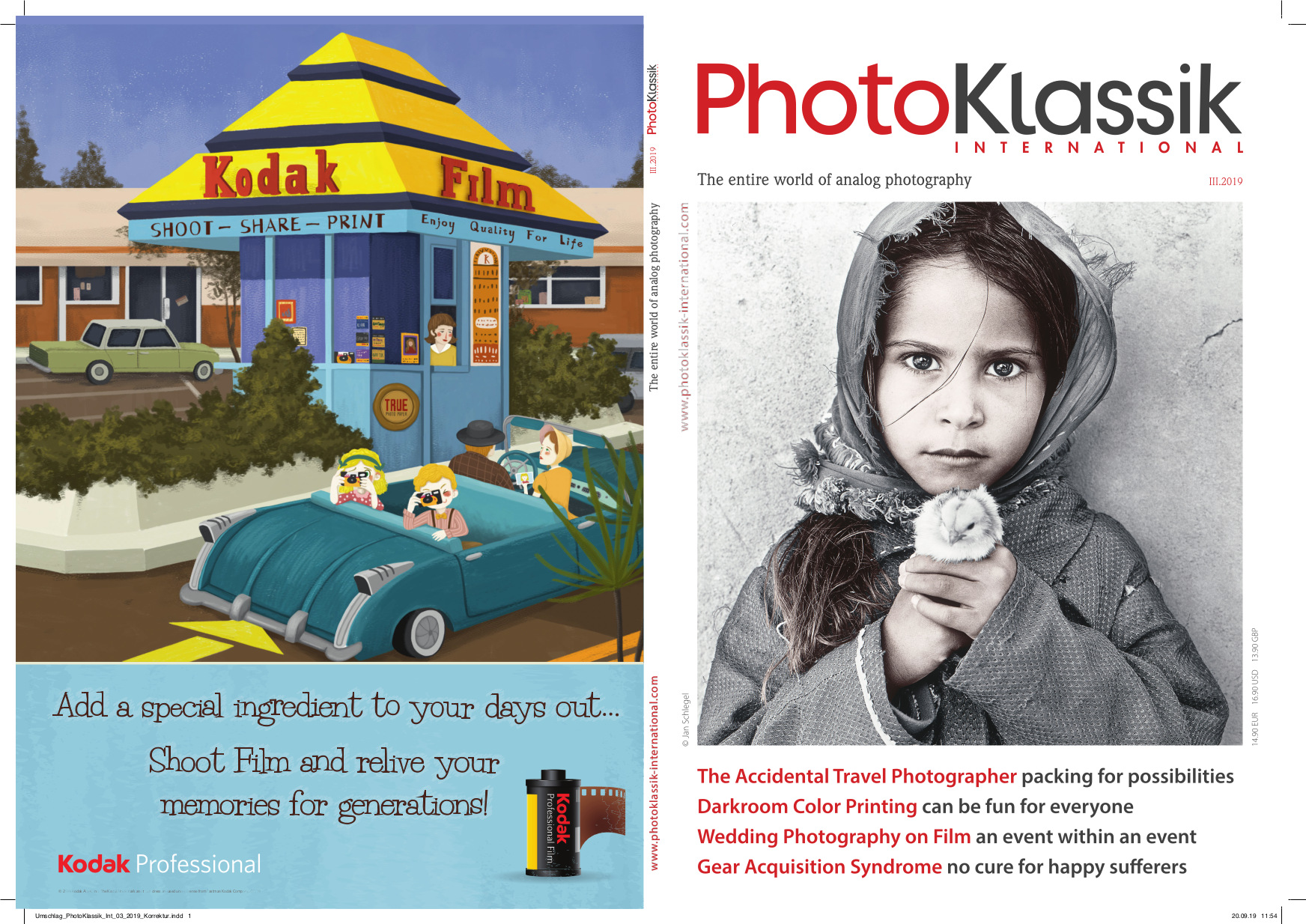 Back in the golden days of film, Kodak spent a huge amount of money advertising its products.

But with the onset of digital, the amount of ads for Kodak’s film range has dwindled, apart from online.

The latest international edition of PhotoKlassik International magazine, a German magazine aimed at film photography enthusiasts, sports a back-page ad that takes you right back to the days when film was king, queen and every extended member of the royal family.

The ad features a graphic showing a family driving past one of the old “drive through” Kodak-branded kiosks common in US tourist spots in the 1960s and 60s. It says: “Add a special ingredient to your days out… Shoot film and relive your memories for generations!”

“Our contact with Kodak started at the PhotoKina 2018 when we launched the Inaugural issue,” editor Marwan Mozayen told Kosmo Foto. “And the business and sales departments were quite interested. They were very open and we could start with a lot of interviews with the people responsible for the Ektachrome manufacturing.

“And then suddenly they decided to advertise and we started to discuss this with them. What I know was that this specific ad was created during the time we discussed the ad.”

Could this be the start of a new raft of Kodak adverts urging photographers to trade pixels for Portra, Tri-X and Ektar? Given the very promising news about increasing film sales from the likes of Kodak and Ilford Photo recently, that might not be a bad idea.

(Thanks to EMULSIVE for the tip)