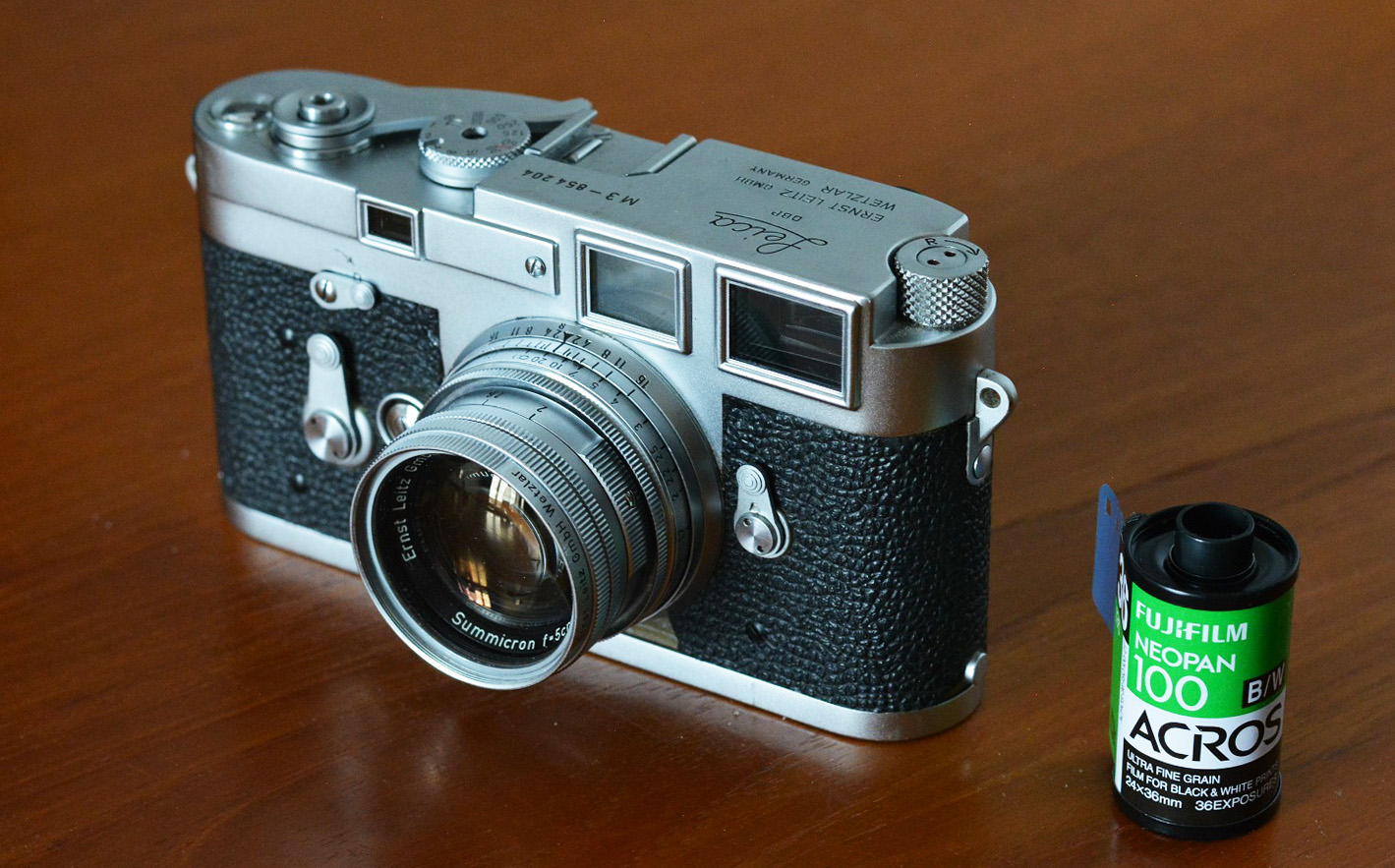 Home Travel Around the World in 80 Cameras ATWI80C 6: Copenhagen on a Leica M3
KF article top

The first time I handled a Leica was in spring 2011, when I was working in Tokyo.

One weekend I visited a camera store which had a vintage Leica rangefinder on display. I had never used or even touched a Leica, so I was curious to see what all the fuss was about, and I asked if I could hold it.

It was, of course, a beautiful and superbly engineered object. But what I remember most vividly is focusing on a shelf across the room. I was used to focusing with an SLR, but the Leica rangefinder suddenly felt like the easiest, most natural way to focus.

I did not buy the camera that day, nor for the next seven years. I told myself that a Leica, even a used Leica, was too expensive, an indulgence I could not justify (and besides, I had my father’s old Minolta SLR, which took, and still takes, perfectly good photos). I consoled myself with webcomics. But last summer when my girlfriend, sick of hearing me carry on about Leicas, said “Let’s get you one for your birthday,” I finally allowed myself to be persuaded.

And as I capitulated, I thought back to a spring afternoon in a Tokyo camera store, and a sales attendant saying, “Of course you can try it, you don’t have to buy,” and – I may have just imagined this – smiling a knowing smile.

Leica M cameras – bayonet-mount interchangeable-lens rangefinders – have been in continuous production since 1954. There are several models, both 35mm and digital, but the one I always wanted was the first of the line: the Leica M3. Given there are many detailed online reviews, I won’t harp on about its features, which are few (the M3 doesn’t even have a light meter) and its sensory delights, which are many (the silky-smooth film advance, the large bright viewfinder, the barely audible snick of the cloth shutter).

My M3 is a 1957 model which we found at an estate auction. It came with a Summicron 50mm lens, original manuals, receipts and various accessories, and rather poignantly, a partially exposed roll of film from its deceased owner.

I promptly shot the rest of the roll, had it developed, and was relieved but, in light of the M3’s reputation, not altogether surprised to find that the 61-year-old camera was functioning perfectly. Since then, I’ve carried it with me almost everywhere – not just in London, where I am based, but also in Copenhagen, where my girlfriend lives and where I spend a few months every year.

Going through my Copenhagen photos – taken on weekends exploring the city, but also on weekdays cycling to and from Copenhagen University where I was a visiting researcher – I realised there are some common themes. The first set of photos, however, is rather more disparate: an abandoned typewriter, bottles of akvavit at Schønnemann (a traditional Danish restaurant, highly recommended!), the helical ramp of the Rundetårn (Europe’s oldest functioning observatory), long grass on Amager beach… and bicycles, always bicycles!

However, my real interest is photographing people. The next few photos are from Copenhagen Pride and Folkets Klimamarch (People’s Climate March). They are both vibrant, colourful gatherings… but both times I happened to have black-and-white film in my camera. I don’t mind though; such constraints are what make film photography challenging and fun.

The camera, as I mentioned, came with a Summicron 50mm f2. I later added two more lenses: a Voigtländer Ultron 28mm f1.9 and Leica Tele-Elmar 135mm f4. In fact, the five photos above feature all three lenses – see if you can tell which is which! The black-and-white photos in this article were shot on Fuji Acros 100, Ilford FP4+ 125 and Kentmere 400, and developed and scanned at home. We’ve also printed some of them, using an enlarger which we found on eBay and set up in the hallway of my girlfriend’s flat.

The prints look much better than the scanned negatives, but you’ll just have to take my word for it; the best I can do is a phone pic of a test-strip and a small 6×4 print. 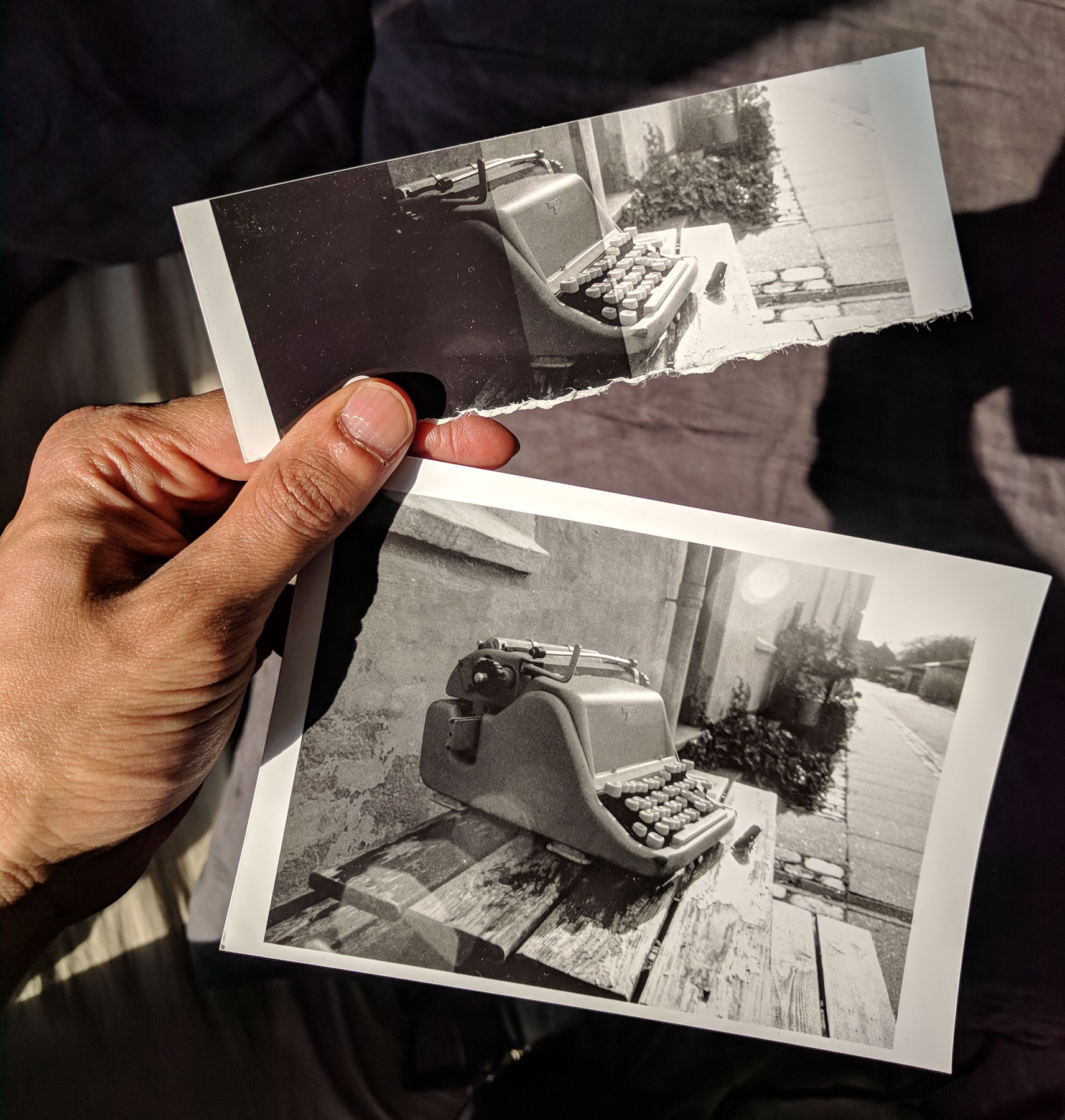 The colour photos were taken on Fuji Velvia 50, Kodak Ektar 100, Kodak ColorPlus 200 and Fuji C200. I’ve shot several rolls of film in Copenhagen at various times of year, so I put together a set themed around the four seasons. Parks are often some of my favourite places in a city, and the first three photos are from three different ones: Frederiksberg Have, Fælledparken, and the Botanical Garden. The fourth was a rushed snapshot through the window of a bookstore – a woman and her daughter Christmas shopping.

One thing I love about Copenhagen is that it’s extremely bike-friendly. I like bicycles – partly for the same reasons why I like analogue cameras – but whether you like them or not, bikes are so ubiquitous in Copenhagen that they will inevitably crop up in photographs.

The final two sets, taken at different times of day, could almost be a one-day itinerary for a visitor to Copenhagen. See the Little Mermaid at sunrise, serene and alone, before the tour groups arrive. Spend the morning exploring the nearby fortress, Kastellet, with its scenic moat and public gardens featuring a 19th-Century windmill. For lunch, head to Freetown Christiania, an autonomous, alternative commune, home to creepy dolls and technicolour buses.

Post lunch, head south to Amager beach, where swans paddle in the sea, and the late-afternoon sun adds drama to the long grasses and yellow sand. Sunset is best viewed from the tower of Christiansborg Palace (free access, open late). The shops in the city centre, where Scandinavian designer boutiques rub shoulders with roasted-almond stands, may still be open, but not for long. As night falls, unwind with a walk by the Søerne (lakes) – one of my favourite bits of Copenhagen – and watch the herons and cormorants coming home to roost.

I hope you enjoyed this brief tour of Copenhagen as seen through my camera. Thanks for reading, and if you have any questions or comments, I’d love to hear! 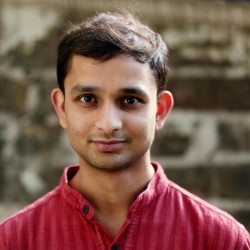 Sroyon
I like using vintage cameras, and developing and printing in the darkroom. Basically this, just replace vinyl with film. Still figuring out the whole Instagram thing, but you can find my BnW film photos here.

Sroyon: I had been fancying a Leica M3 for a while when I was using Nikon F & F2 cameras for my work as an environmental photojournalist. A legacy in 2007 enabled me to purchase a 1955 double stroke glass pressure plate body. It’s well worn cosmetically with brass peeking through on the edges and shiny parts that have been rubbed. The vulcanised grip is fine with no prices out except near the lens mount. I’d decided on an M3 so I could use 35mm lenses with external finder plus 50/90/135 lenses as well. This works fine. After about a… Read more »