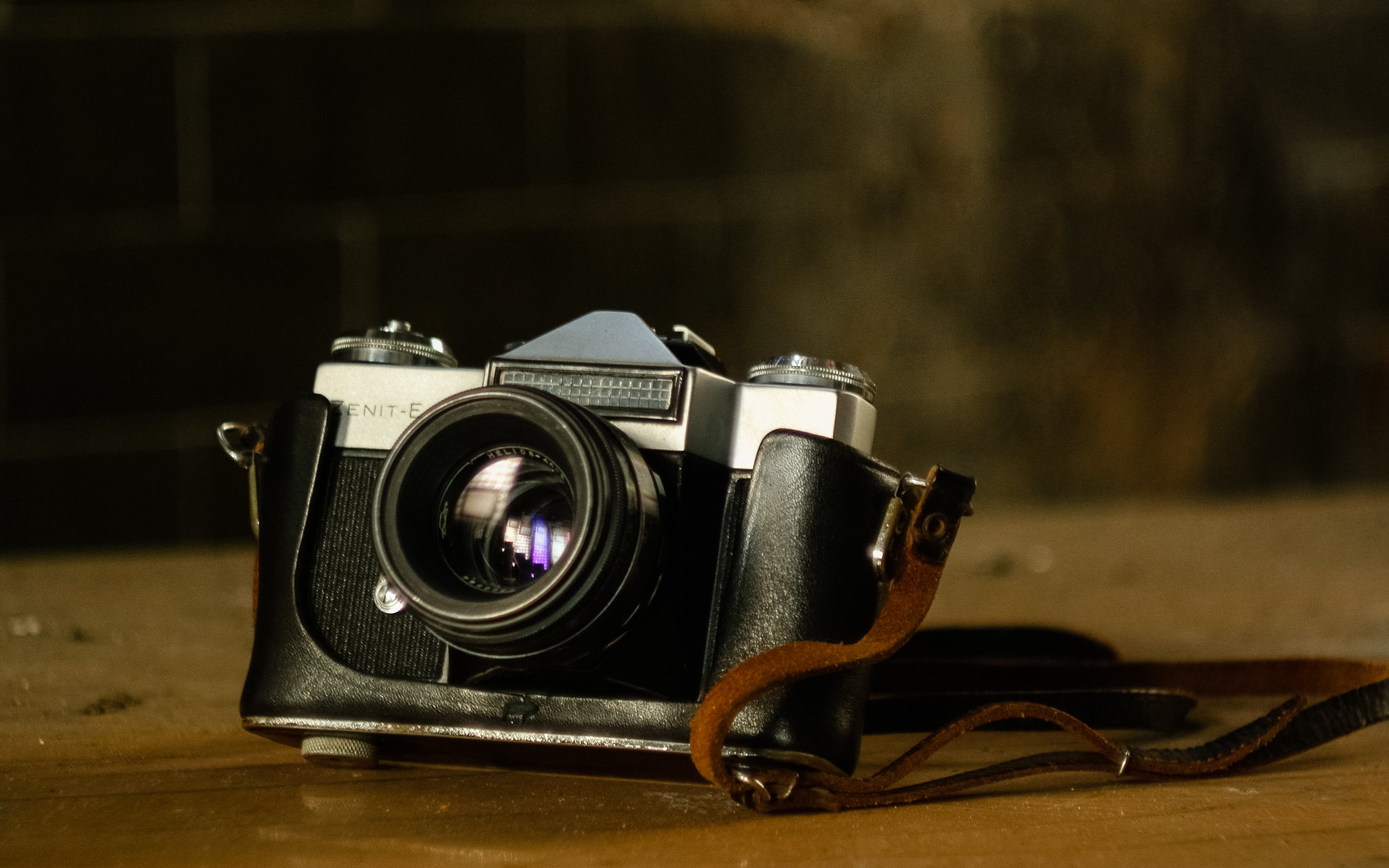 Home Classic cameras In defence of the Zenit-E (or why we grow to love less-than-perfect...
KF article top

It’s not the smallest, or lightest, or most comfortable SLR to use.

Cast from a solid lump of aluminium, it weighs not far off a kilogram. It is a collection of sharp, uncompromising corners, and sports a meter that requires you to take your eye out of the viewfinder and peer at the top plate. And that viewfinder? It’s been described as like viewing the world through a 1960s TV screen.

Forget taking landscape photographs – there’s nothing slower than 1/30 unless you want to plump for B. Quality control is suspect – you might be lucky and get one which soldiers on with barely a shrug for year after year, or encounter example after example with ever-more annoying faults.

The Zenit-E will never top any list of best SLRs – unless it’s one for highest production numbers, as the E and its derivatives were built in their many millions. It was behind the curve when it first hit the shelves in 1965 and almost laughably archaic when production stopped in 1982.

And yet… and yet, I enjoy using this camera more than most in my collection (100-odd cameras and counting). Would I shoot a wedding on it? No. Would I take it on a once-in-lifetime trip? Maybe, but only if I have room to take one of my Pentax ES IIs along aswell.

But on a sunny weekend, it’s amongst the first cameras I want to reach for.

When I re-posted Kosmo Foto’s review of this camera on some Facebook groups last week, it prompted a lot of conversation. Some people reminisced about their own fledgling efforts with this budget brute. A great many more vented their frustration at what they saw as a terrible photo-taking tool.

So, here’s the case for the defence – but also an attempt to explain why such features-light cameras can continue to be useful and enjoyable tools.

I can put up with the Zenit-E’s limitations. I prefer street photography to tripod-mounted landscapes, anyhow, so nothing slower than 1/30 doesn’t worry me. The meter might not be the easiest to use, but the one on my camera still works well enough to expose accurately even with slide film. If it takes a few second more to compose my shots, fine. It’s not like I’m shooting sports for a national newspaper.

Plus, it’s a selenium meter – I never have to worry about dead batteries with a Zenit-E.

As I’ve recounted several time before on the blog, I bought this camera about 15 years ago from a flea market in Greenwich, south London for £4. It was a few years after I started collecting film cameras, especially Soviet ones. I wanted working examples rather than pristine models to sit on a shelf. There’s a crack on the meter window and some of its Moscow Olympics branding has rubbed off. But it works. It’s amongst the most trustworthy cameras I own in that I can be confident I’ll get shots I’m happy with.

In my early days of camera collecting and shooting, my budget was pretty limited. I’d have liked a Contax G2 and a Nikon FM3A but had the budget for neither. What I could afford were a host of lesser cameras, both in price and assumed quality.

Some barely passed muster. Some were traded in for other purchases along the way. One or two I gave away to others either starting to shoot film or rekindling their interest in it.

The Zenit-E is one that I formed a solid attachment to. But why? Partly because of its heritage; I’m a Cold War kid, and stuff from the Soviet Union still intrigues me. Partly it’s the aesthetic. Though the Zenit-E is unlikely to win any beauty contests, its shape is curiously pleasing. It looks a bit like a Leicaflex, albeit one with a hell of a lot less refinement.

And partly it’s the result of those first few films shot with, ones that came out better than expected. I’ve shot enough Soviet cameras to know that quality control, especially with those made during the later Brezhnev years, was often lacking. The actual designs themselves were perfectly respectable, it’s just that the construction process didn’t have the reliability of the factories in Japan and West Germany. I don’t expect Leica-level results, so when the film comes back – and I find a bunch of pictures I like enough to share on Flickr or Instagram – it’s only natural that I view the camera more favourably.

If you’ve been shooting for any length of time – and succumbed to buying more cameras than is probably wise – you’ll most likely have a camera that presses your buttons just like this. It won’t be the most capable or well-specified camera you own (or desire), but you will reach for it time and time again nonetheless. 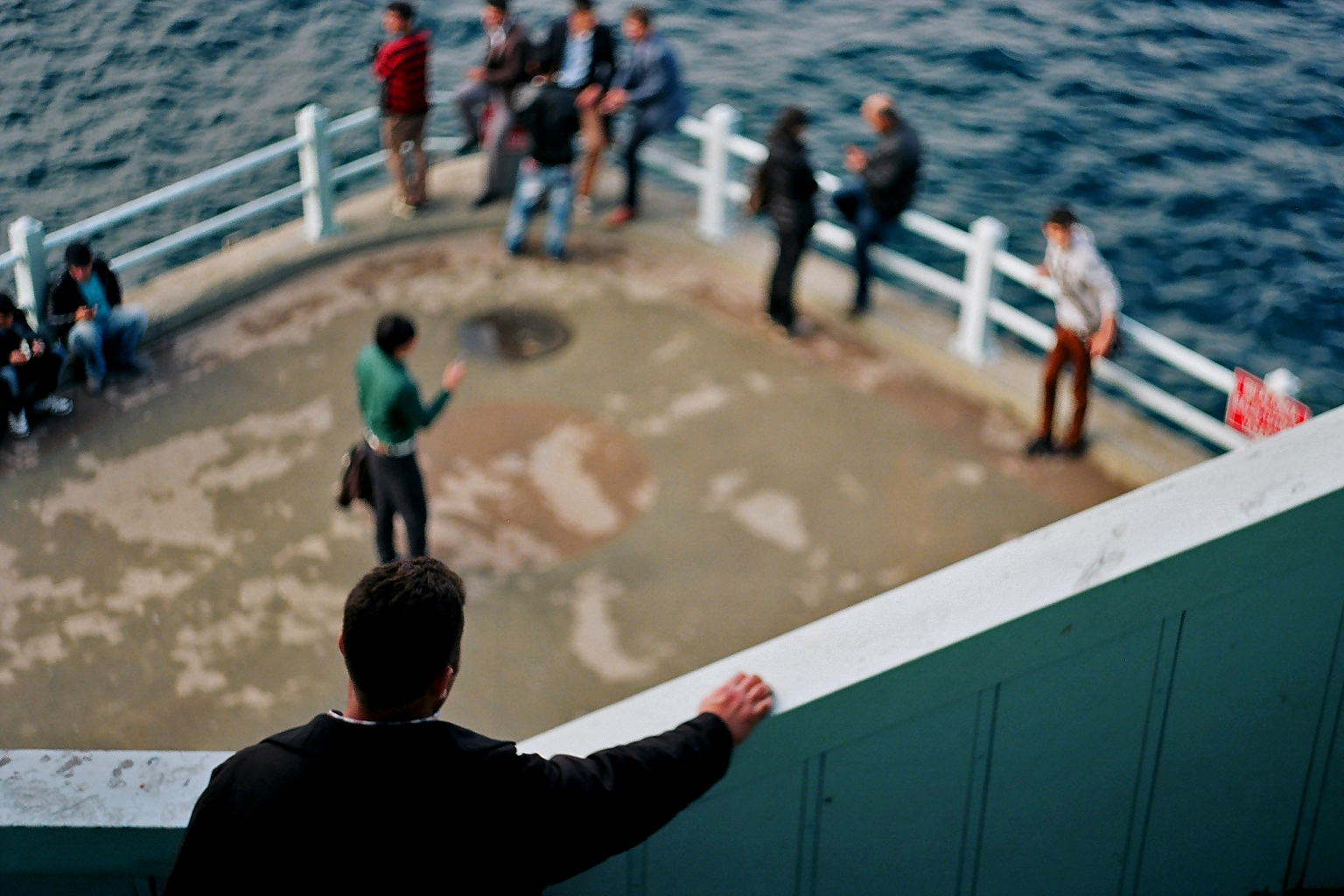 Hamish Gill wrote about this just a few weeks back on 35mmc. In the article, he said: “Our choice of camera, and the narrative we create for ourselves around that choice, isn’t even exclusively defined by specifically photographic experiences. As human beings we naturally create our own narratives as we meander through life. We form beliefs and ideas about everything we interact with based on every other experience we have in life.”

There’s something pragmatic about having this relationship with a camera that’s cheap and plentiful, and not something you’d be scared to take further than the end of your street. 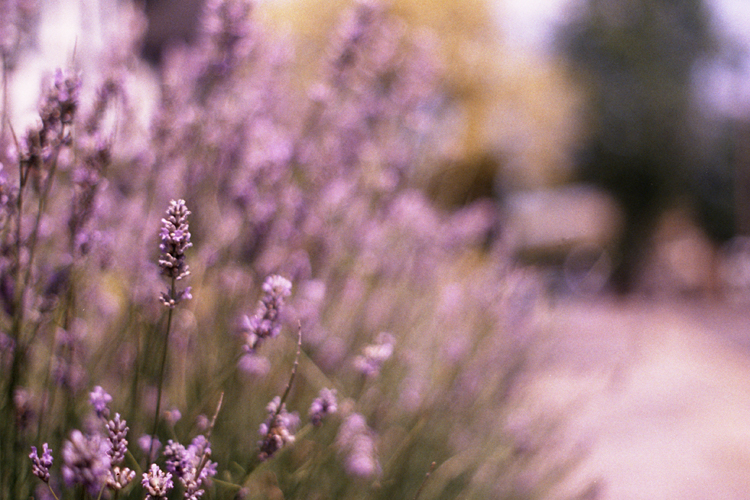 Case in point: a couple of years ago my wife’s old workmate lent me his film camera, something he hadn’t touched for more than a decade, to me to try out. It was a Leica M6. It remains the only Leica I’ve ever put a roll through – and as much as I enjoyed shooting with it (that butter-smooth advance! That whisper quiet shutter!), I didn’t make the most of it. I was happy to take it to weddings, but not on trips to Albania or Sri Lanka. True, that’s partly because it didn’t belong to me, but I might have felt the same way if I had splashed not far short of £2,000 on a camera and lens. My Zorki-6, on the other hand, cost around £30, and if it ended up stolen or lost, I could easily replace it.

I last took the Zenit-E out over the Easter Weekend, exploring some of the back streets and tourist haunts in Greenwich. Loaded up with a couple of rolls of expired Agfa film for cross processing. I matched it, like I often do, with a Soviet-era Zenitar-M lens.

The films have that characteristic saturated look from cross processing, increased grain and bold contrast. I normally only shoot these films on contrasty compacts like the LOMO LC-A and the Cosina CX-2, but find myself loading them again and again in the -E. It suits the qualities of those older Soviet lenses, especially the bokeh-tastic Helios-44. Some 15 years after buying it, it’s still finding new ways to impress me. 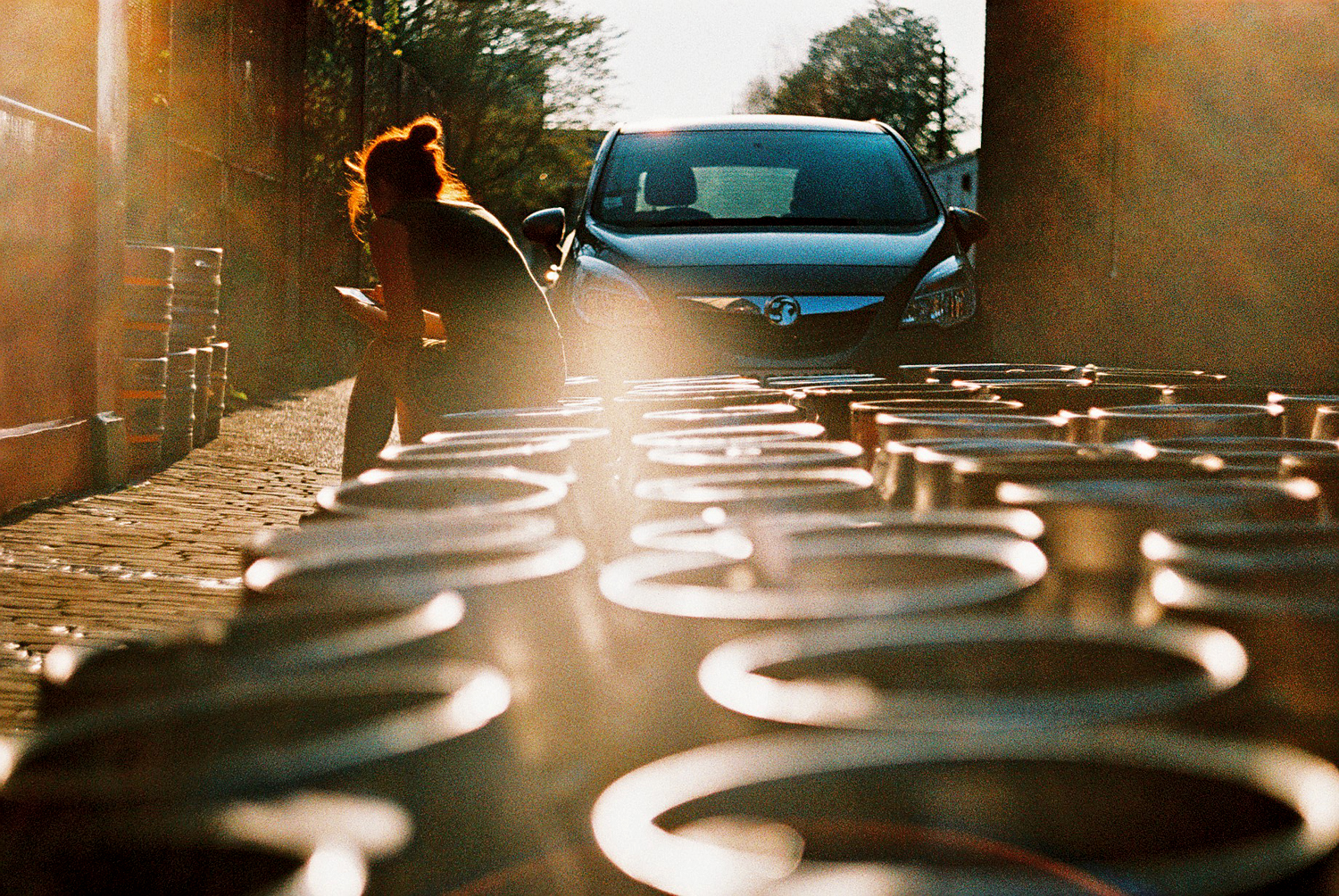 A good way to get the most out of a Zenit-E, is to look for the older models with the fully metallic self-timer lever and the silky, ribbed “leatherette”, built in the late 60s. I’ve owned a few of those and they worked just fine, incl. the selenium meters. Later models suffer from reliability problems and are best avoided. I would love to find a black “-B” model which are scarce and look fantastic!

That camera for me is the Pentax ME. Light, small, and inexpensively replaced if it gets lost, stolen, or broken. Lately I leave it in a drawer at work and when I can get away for a break wander around the city indiscriminately photographing stuff with it. I love that.

A Zenit E was my first real camera after an Instamatic which I saw round my neck on a photo of me at the age of eight to 10 or so. Back in those days there were no counting of the focus points, no worrying about sharpness, no real tech talk I was just happy with the results. That said, as a young working class kid I didn’t even have the money for other lenses or even a flash. I put together a darkroom with the money from my paper round and developed my own black and white film. The… Read more »

I cut my teeth in the heady world of the SLR with a new Zenith B. I learned so much using that and still have it some 55 years later. As with most of us, I have enough cameras to use a different one each week of the year but this article has persuaded me to look it out and give it a run. The lens that cme with this camera was pretty good as well. Great article