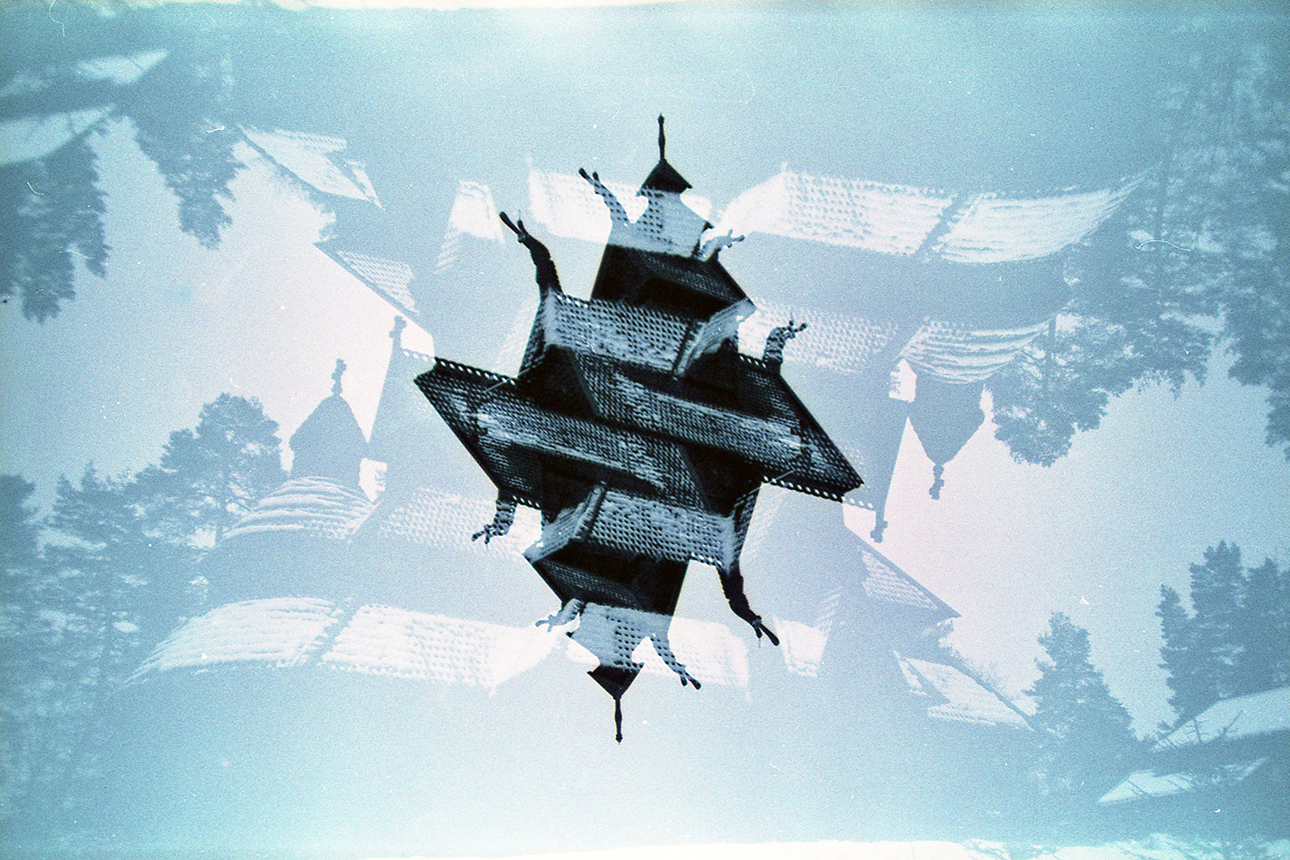 The Lomo LC-A+ is a small camera produced since 2006 by Lomography. It’s a new version of a mythical Russian camera from the 1980s, the Lomo LC-A, produced by the famous LOMO company.

The Lomo LC-A+ is solid, automatic, with a good light meter and a wide 32mm lens. It’s easy to use, features strong vignetting and often surprising effects. With its small format, you can bring it everywhere.

I always carry this camera with me during my travels and I like to use it with cross-processed slide films or experimental films like Lomochrome or Alterlogue. So, when I went to Oslo, Norway, I took the Lomo with me. The vignetting and the strange colours are a good match.

Oslo is the capital of Norway and I visited during the winter. It’s a perfect time to visit, even if the weather can be very cold, because the snowscapes can be magical: like seeing the snow covering the freezing sea in the Oslo harbour; the light being reflected on the snow and the opera; the islands of Oslofjord under the snow; seeing the sunset on Oslofjord from the top of the hills; or being in the western cemetery (Vestre Gravlund), blanketed under the snow.

I really enjoyed seeing the sea, Oslofjord, and the landscapes around the city: nature is so beautiful in Scandinavia. In the city, I was impressed by the architecture of buildings, and in certain residential districts, even the houses can be breathtaking.

I’m passionate about both Viking culture and Sea, so those museums were very interesting. The Norwegian Museum of Cultural History is a park with more than 150 buildings of different eras and from all the country. There are remarkable buildings like the Gol Stave Church, a beautiful wooden Christian church from the 13th Century which was built at Gol.

I found the city very peaceful compared to big French cities; it’s a place where I felt good. People don’t yell on the street, cars are electric (so are very quiet), no loud nightlife, no drunken people… Sometimes, I would see surprising scenes on the streets, like people with ski clothing, ski or snowboard in hand, off to the skiing tracks so easily accessible around the city.

During this trip, I took with me my Canon AE-1 Program aswell as my Lomo LC-A+. The Lomo was loaded with two rolls of expired Kodak Ektachrome E100G, a roll of Lomography Lomochrome Purple and then a roll of Lomography Lomochrome Turquoise. I found the Kodak on eBay, without knowing the expired date. I cross-process developed, and the Ektachrome rolls have beautiful intense green tones (perfect with landscapes). I’m really glad I tested it during my travels.

Here you can see some pictures taken with Ektachrome (Oslofjord, the gates of the Vigeland Park, the western Cemetery, the city by night and the opera), Lomochrome Turquoise (Oslofjord) and Lomochrome Purple (sunset on Oslofjord, the Gol Stave Church and a Viking ship in a museum).

Waikiki on a Canon F-1

Lyon on an Olympus 35RC