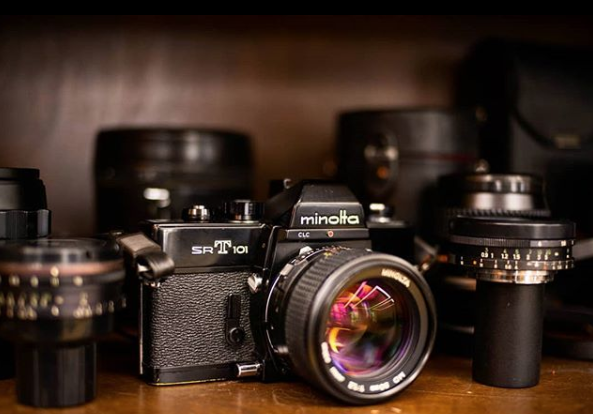 Camera Rescue, the Finnish organisation that has pledged to repair or restore 100,000 film cameras before the end of 2020, has repaired its 50,000th camera.

It made the announcement on Facebook on Tuesday evening (23 April). The post read: “We just reached 50 000 cameras rescued! That means tomorrow (it is quite late here in 🇫🇮) and the rest of the week we will have a party to celebrate! 🎉🎊♥️🥳🎂🍾🚀”

Camera Rescue was started in 2018 with the aim of rescuing 100,000 film cameras in time for the 100th anniversary of Finland’s independence in 2020. It now has five different locations in Finland, where cameras are accepted, and a central Camera Rescue Centre in the western city of Tampere where cameras are repaired. It has also branched out to other locations across Europe, including Russia.

“We now have over 20 full time people in those companies, and 10 crew members around Europe helping to find more cameras,” founder Juho Leppanen told Kosmo Foto. “Around 96% of those 50 000 cameras have been sourced from Finland as the international things are a very new thing and based on volunteer/freelance work.”

Leppanen’s team have come across a disparate array of cameras, not just the common models from the late 20th century.

“Some of the most interesting cameras for myself include WWI stereoscopic cameras, hand-made unique cameras and then for example an Arriflex that was used as the main camera for Oscar winning movie Fanny & Alexander. We don’t manage cinema gear so much, but I was in a production house that was selling still cameras to us and asked “What pile is that?’. The pile was the Arriflex that was going to recycling.”

Leppanen said he is about to start a European tour of camera fair from the middle of May with the hope of adding yet more cameras.

“There are analogue fairs in Berlin, Paris and Barcelona that I will drive to with an outlet selection,” he said.