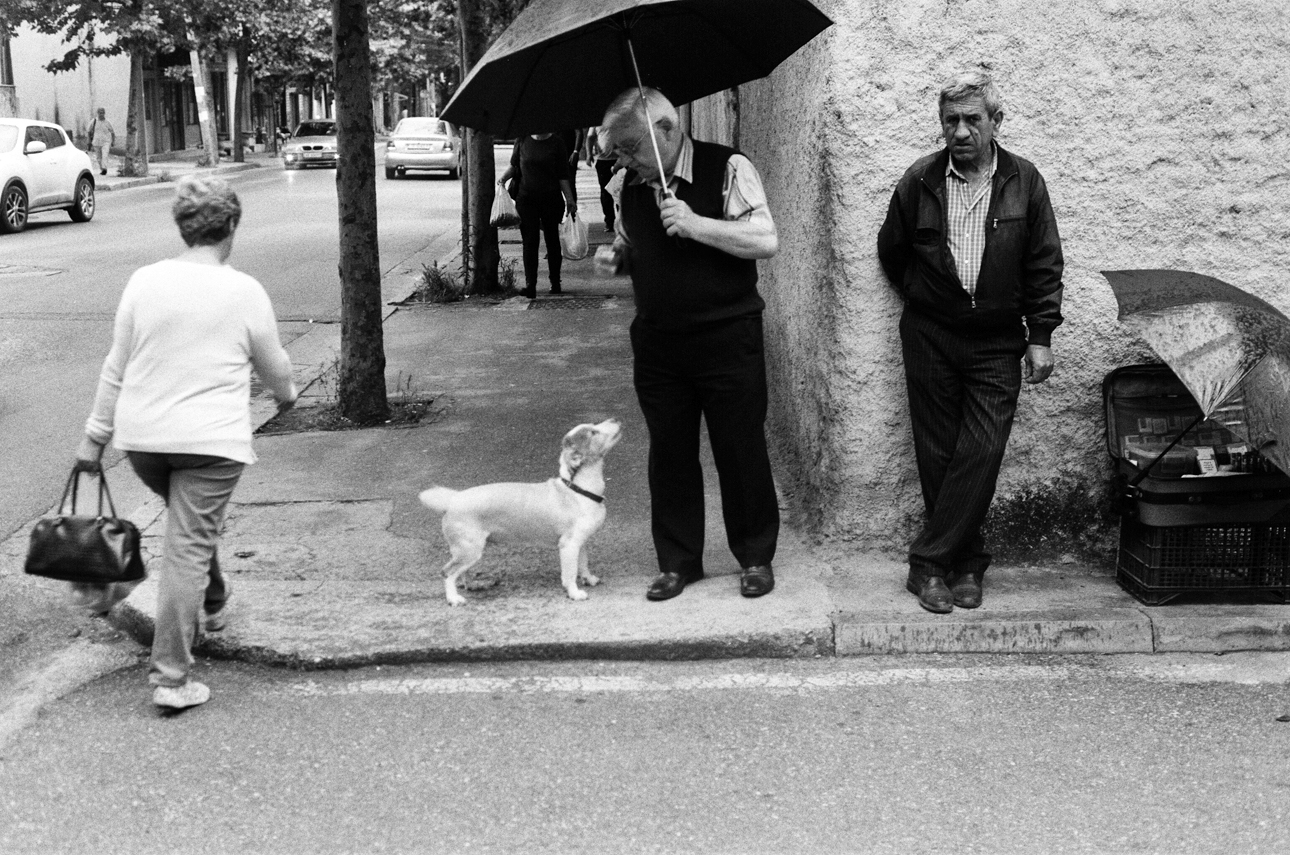 I first visited Tirana, the capital of Albania, in 2016.

A decade before, a few of my friends had gone and urged me to visit. It had taken me a while, but I got there.

Albania has had a rough reputation in the UK. The tabloid press has made quite the meal out of any and every crime committed by Albanian criminal gangs, many of which ply their trade in the UK.

Read them and you’ll come away with the idea that this country of three million-odd souls is a crime-ridden cesspit, like Jabba the Hutt’s palace except with more cigarette smoke and AK-47s.

The reality couldn’t be further from the truth.

I spent five days travelling through Albania, from the southern resort of Satande through the mountainous central landscape to Gjirokaster and the old Ottoman old town of Berat, before arriving in Tirana.

Albania was Europe’s most isolated Communist state until 1991, ruled by a dictator who reacted to reforms in the USSR and China like a petulant child.

The country still feels like it is emerging from this enforced rule – many of the tens of thousands of bunkers built to stave off a threatened invasion still dot the landscape, physical reminders of Enver Hoxha’s paranoid delusions. 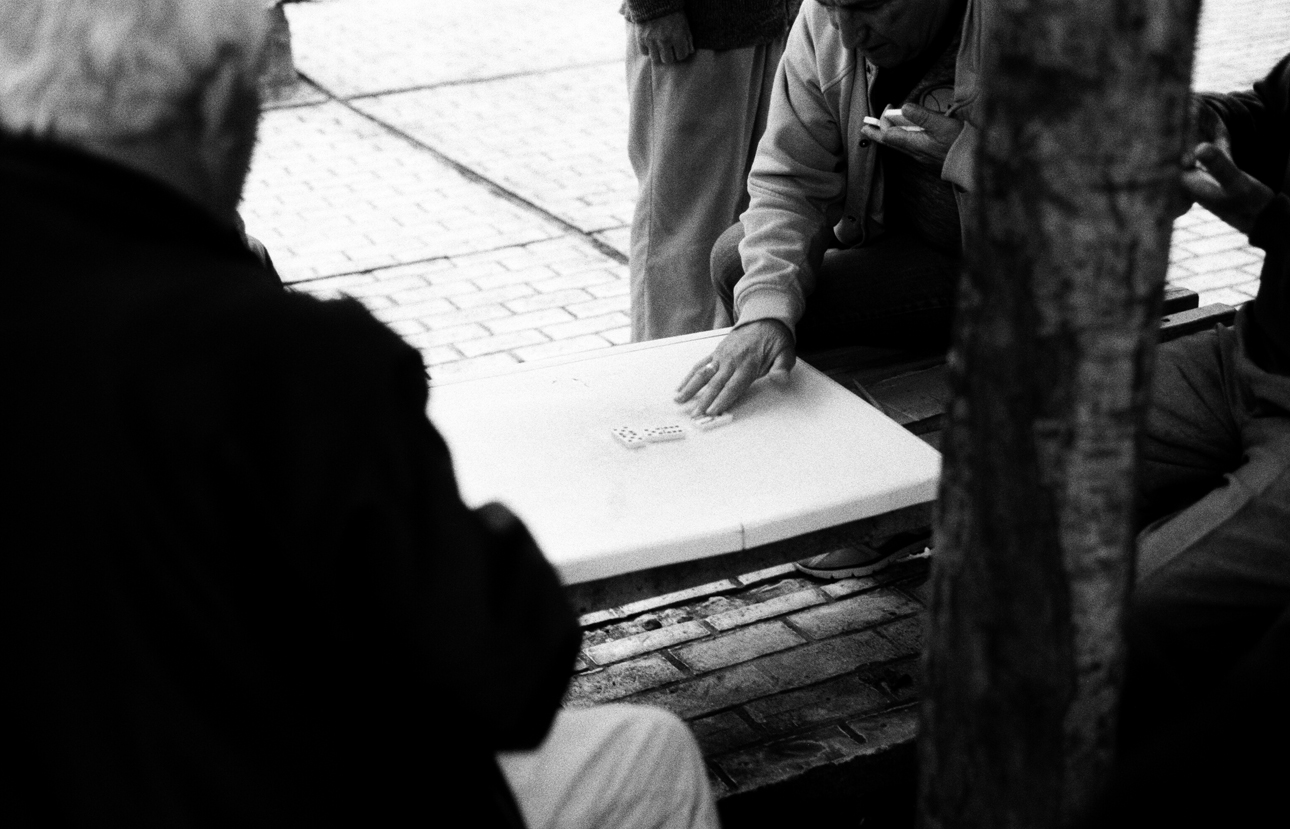 But here’s the thing. Albania is safe, friendly and fascinating. I had a great time, and I couldn’t wait to come back.

Earlier this month I returned, spending nearly a week here doing some stories for BBC Future. I was taking pics too, and along with rolls of colour film to capture the stunning bunker-strewn landscape I bought along some rolls of Kosmo Foto Mono too. I’d like to capture as much of the world with it as I can. 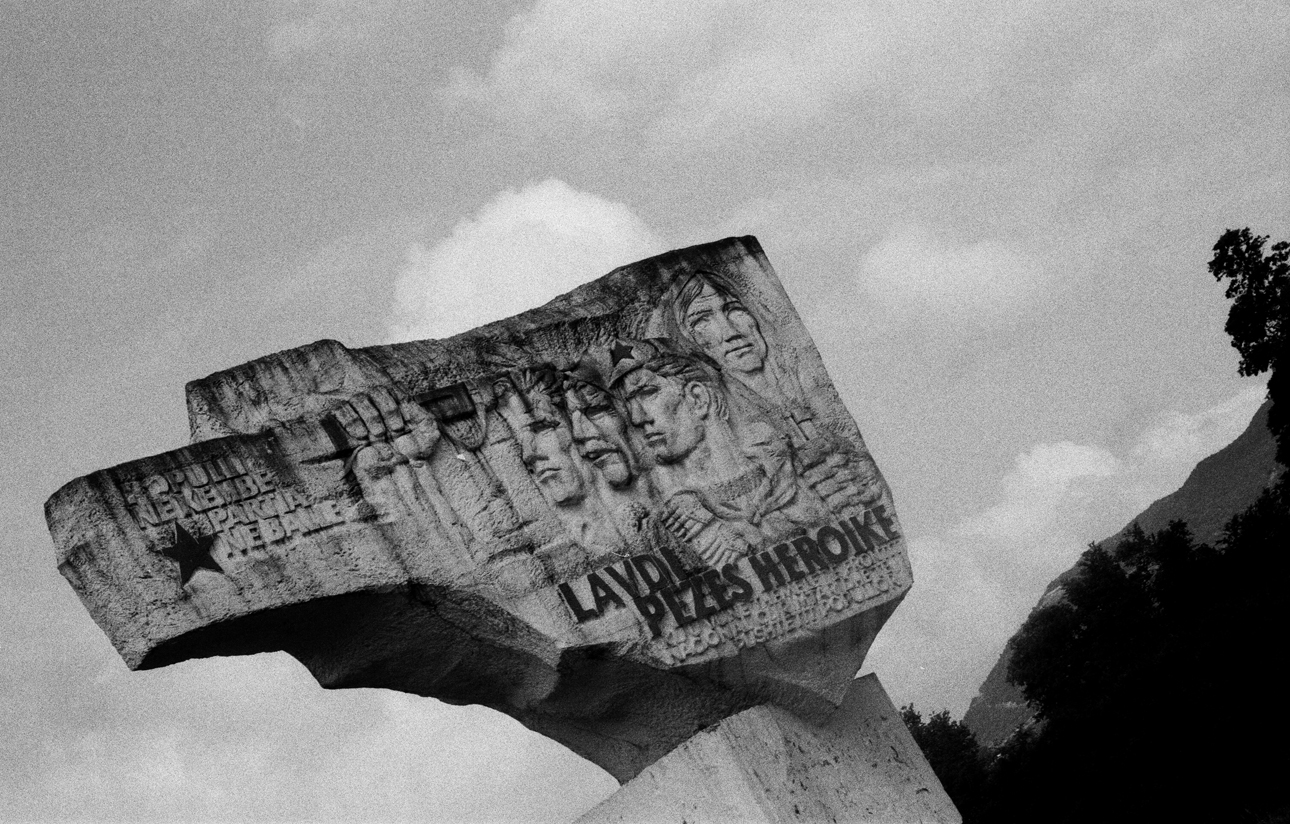 This is the second roll I’ve shot, in a Nikon FM2N I’ve had since the mid-2000s. The FM2N is one of the best all-manual cameras ever made; it’s tough and reliable, with a fastest shutter speed of 1/4000. It’s one of those cameras that just feels right in your hands.

Amid the interviews and research, I had a bit of time to wander Tirana’s streets with camera in hand.

During May, there’s often afternoon rain, the sky clouding over but still bright. 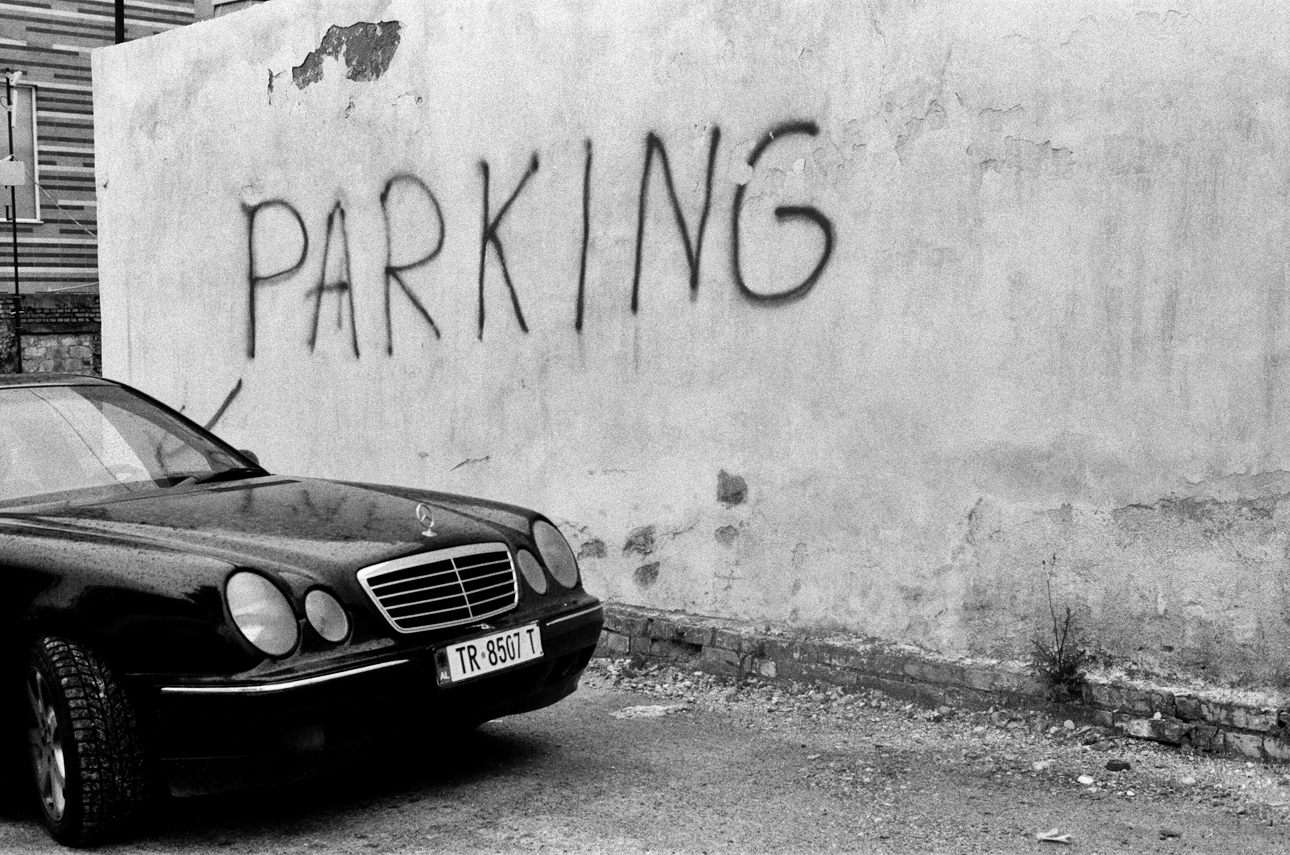 The film’s gritty grain seems to suit the surroundings too. Tirana reminds me of Istanbul in that the streets are full of people, the cafes bustling with friends catching up over coffee.

The picture at the top of the post is my favourite. It’s only after I scanned it that I saw the second umbrella, a nice repetition alongside those sets of legs.

The rest of the roll was taken at the start of my journey around Albania, taking pictures of bunkers and other Cold War locations. Just outside of town there is a cemetery. Even here, bunkers were built, seemingly guarding the sleeping dead. 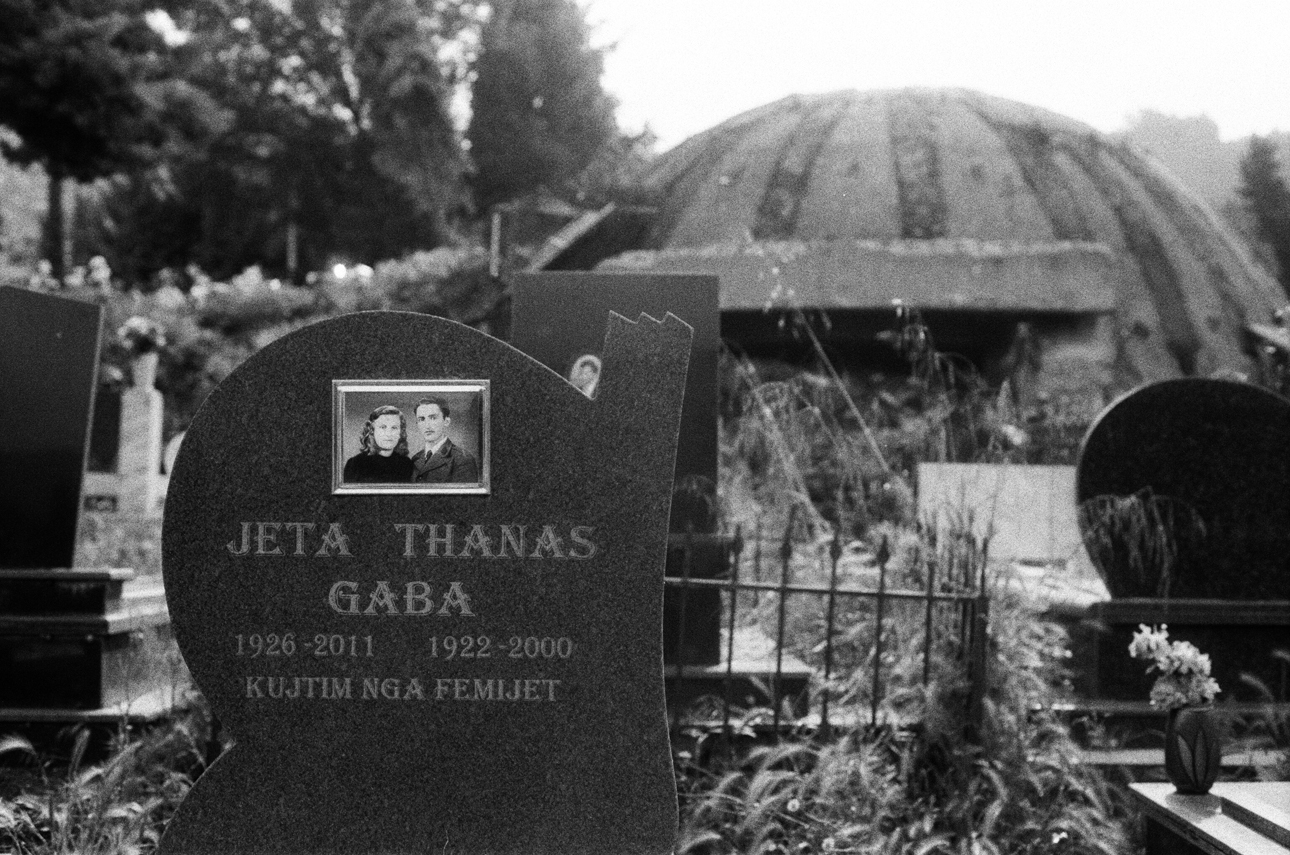 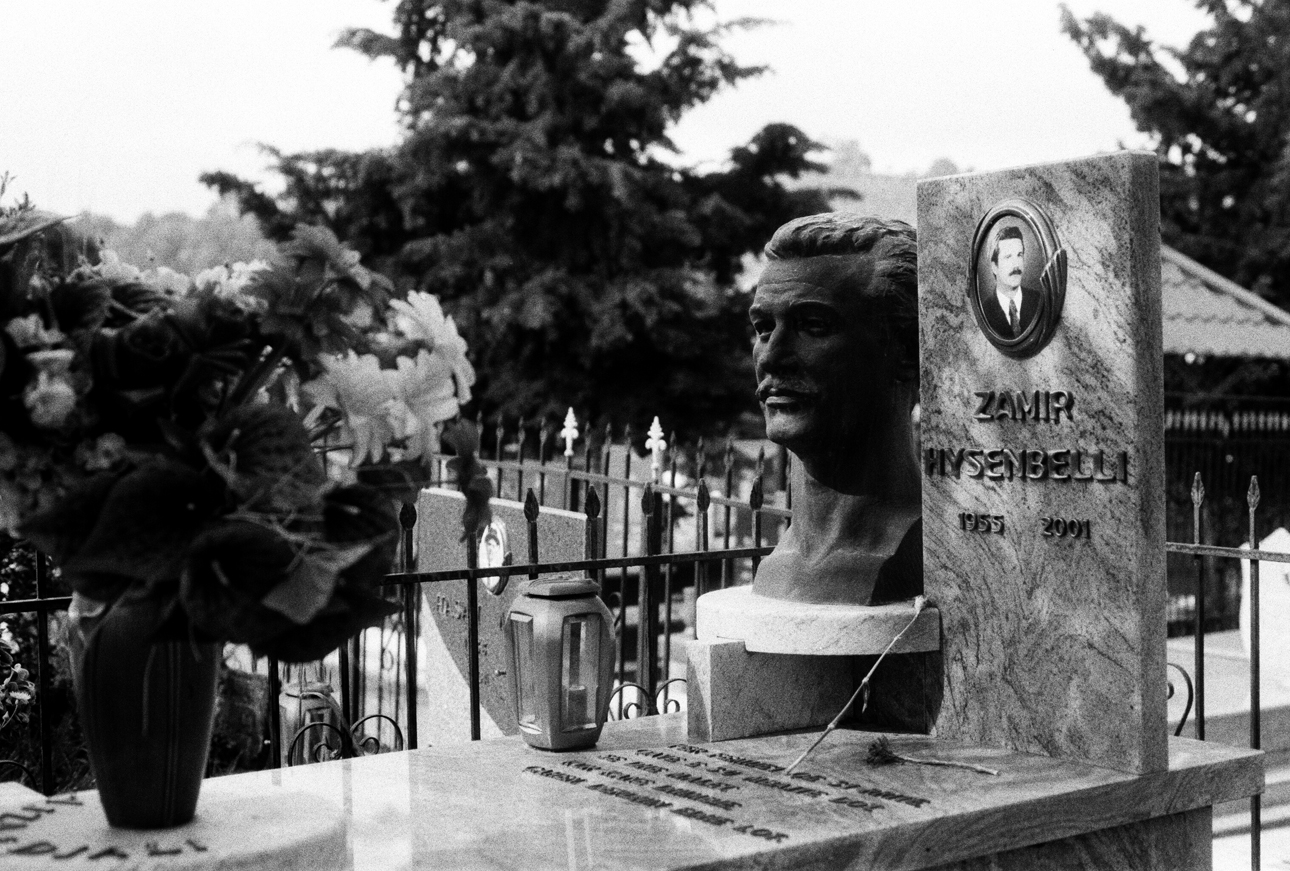 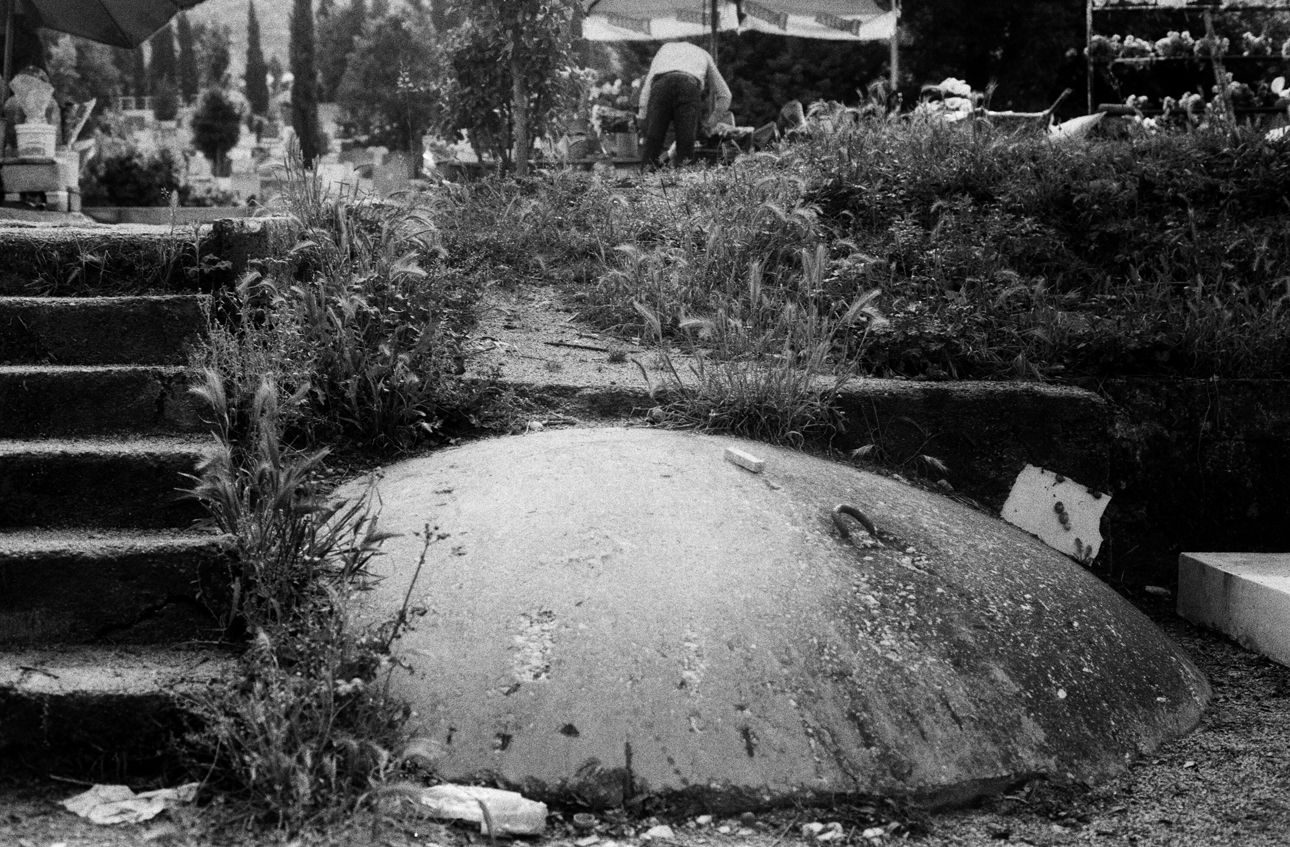 Love that first shot. I’m very jealous. I lived there years ago but haven’t been back since 2007. I’d love to go back and see it now.