The first boxes of Kosmo Foto Mono arrived in November. It’s only now, six months later, that I’m able to post some of my own shots with my own film.

There’s a few reasons for this. Firstly, the processing, packaging and posting of hundreds and then thousands of rolls of film, it turns out, takes quite a lot of time. That’s less time to take photos.

Secondly, 100-speed black-and-white film isn’t the best for Northern Hemisphere winters, especially when your commute home tends to be in total darkness.

And thirdly – well, there’s been a few mishaps along the way. One roll went into my Zenit E, which then seemed to have a problem with its lens before the rewind knob assembly started breaking into its constituent parts. (It’s fixed now – still the best £4 I’ve ever spent).

Another went into my Olympus LT-1, the jet-set version of the Olympus Mju. Some very odd things happened when I tried to rewind it. Scratch another roll of film.

And the third went into a Chinon CE-3 Memotron which I bought from the closing down sale of West End Cameras in London. The CE-3 came with it’s ‘space-age’ grip and power winder, something I’ve never seen with either of the fritzed bodies I’ve been lucky/unlucky enough to own.

I didn’t need the winder – I’m not shooting sports with a 200mm lens – but it’s such a novelty I thought I’d keep it on. However, something within the winder was interfering with the wind-on, meaning that many of the shots were multiple exposures. There were only a few useable frames. 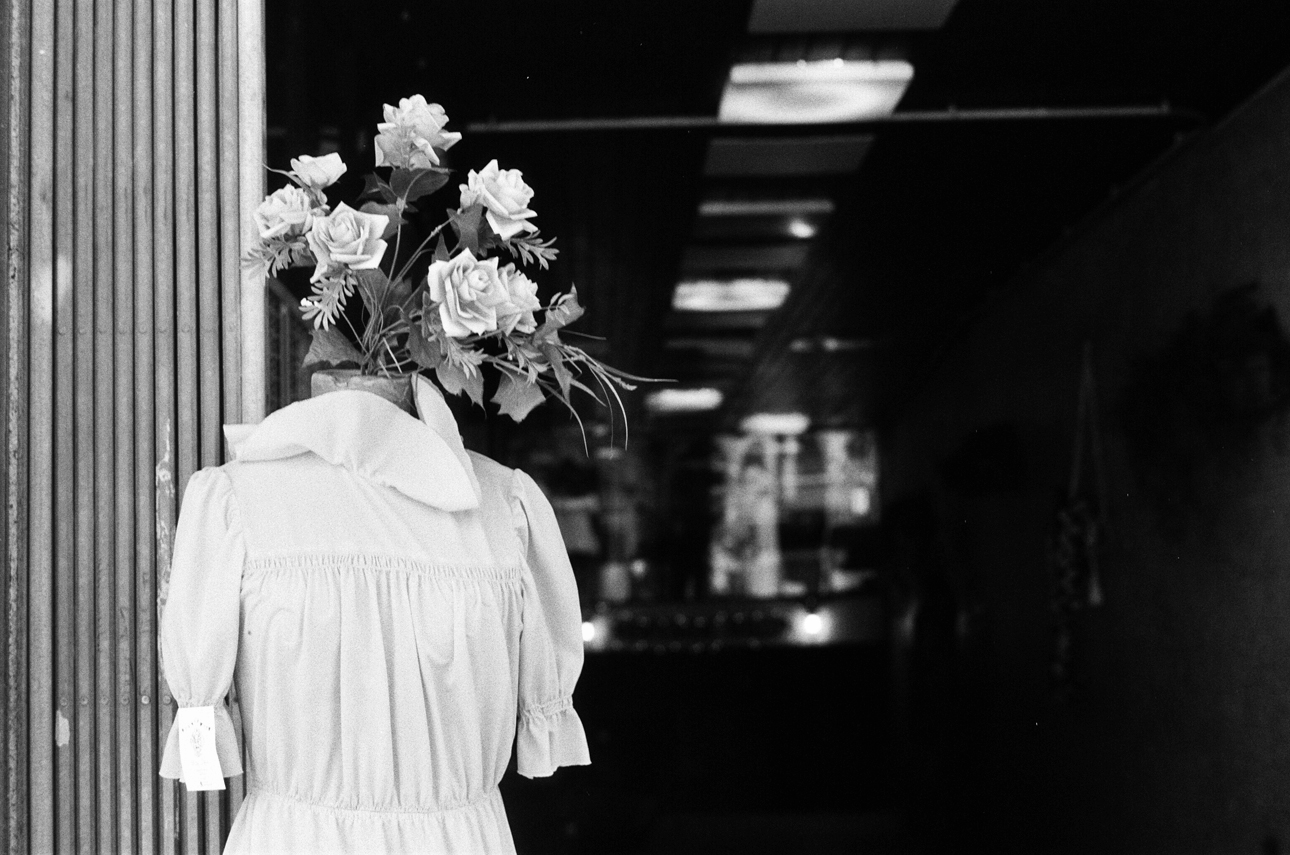 Minus the winder, the camera seemed to be working just fine so I took the chance and took it along with me on a city break to Porto in Portugal at the end of March.

Porto was considerably brighter than London, which was trudging to the end of a particularly long and cold winter. Finally, some proper shooting weather. 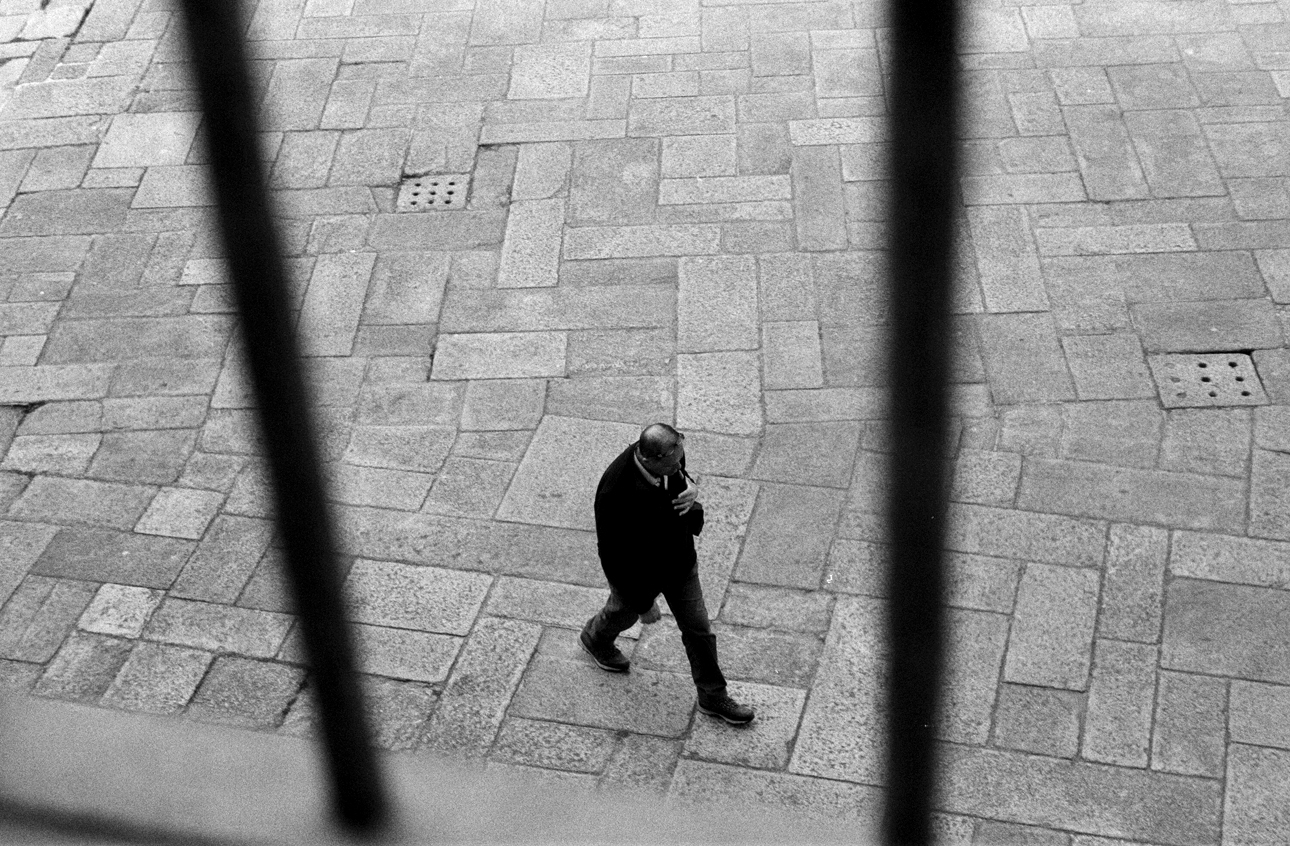 The CE-3 is the ultimate version of Chinon’s 1970s-era Memotron range. Unlike almost every other M42-mount body, the Memotron has an aperture-priority mode – you set the aperture, and the camera will choose the right speed. This was a selling point of Pentax’s ES and ES II cameras, but they could only work with specially adapted SMC Takumar lens, with a special lever that let the lens ‘talk’ to the camera. But the Memotron can do this with virtually every M42 lens, making it much more versatile.

Porto‘s a perfect getaway for an early spring weekend; it’s a compact, walkable city spread around hills stretching down to the Duoro River. The weather was sometimes sunny, but usually with patches of cloud and sprinkle of rain – great conditions for black-and-white film. 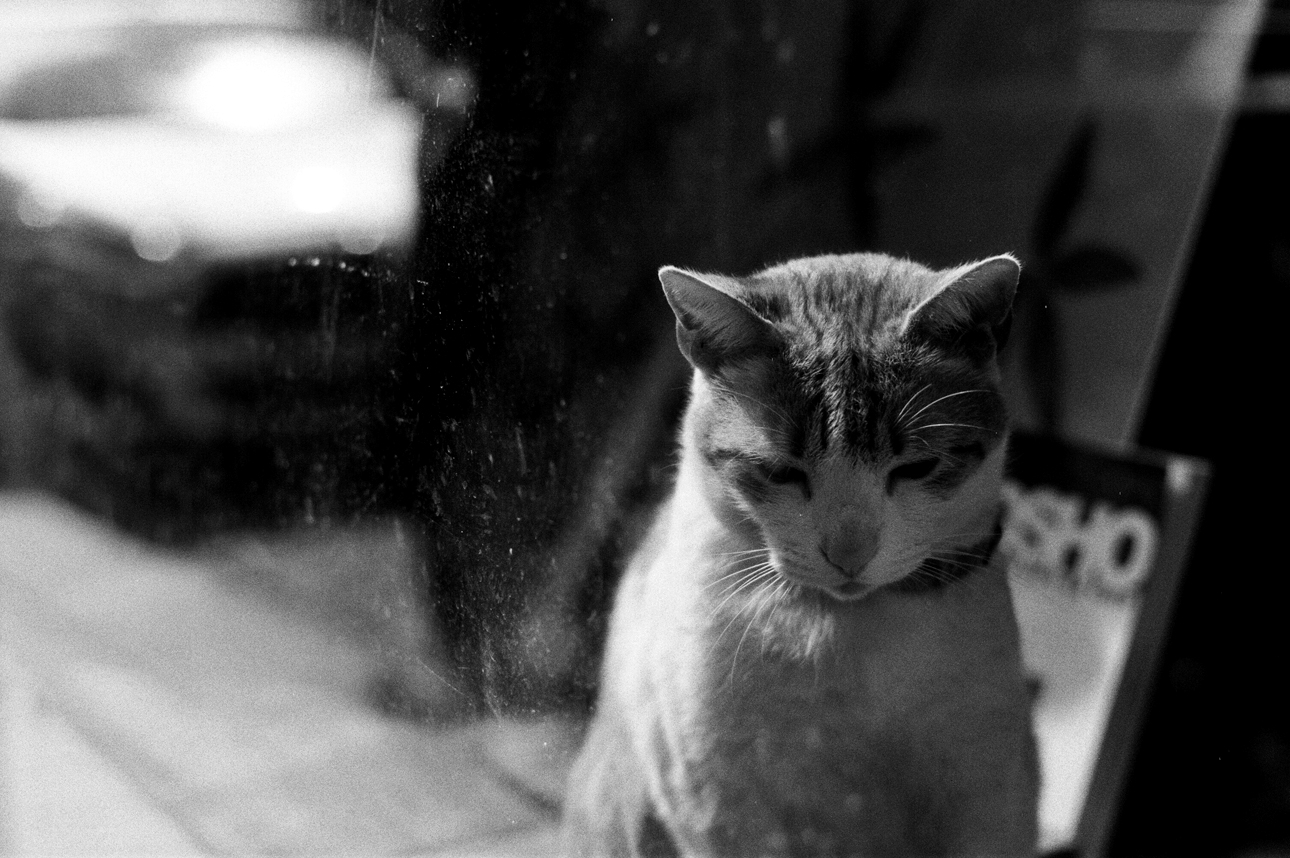 The CE-3 looks to be a great travel camera. It’s the smallest of the Memotron range, and swaps some of the metal of the earlier versions for plastic, which makes it lighter. It still feels robust however.

I’m glad to say there were more than a couple of useable pics from this roll. I especially like the shot of the cat, deep in thought, through a shop window, and the smoking walking striding along a Porto street, snapped between the rails of a window.

Roll 1 completed, And, I hope, many many more to come. 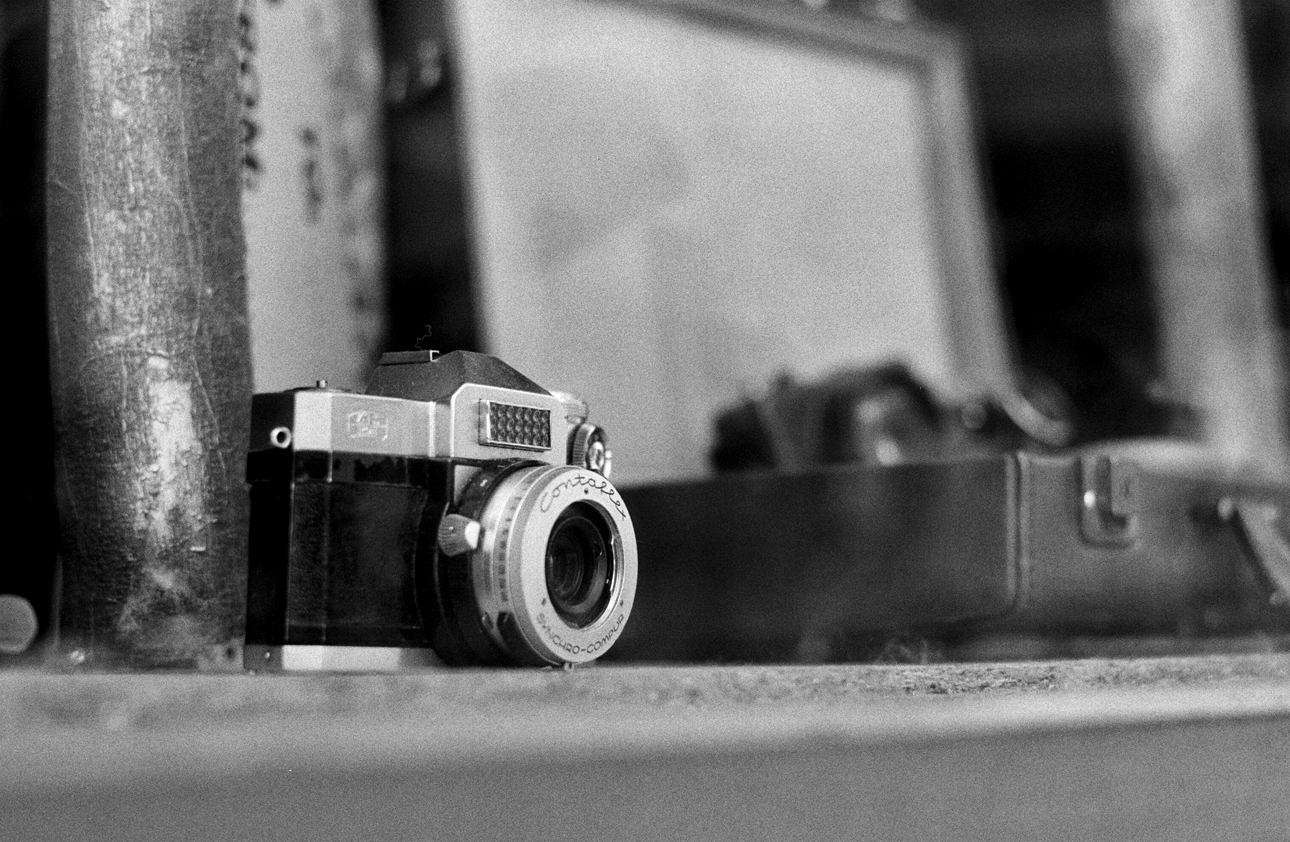 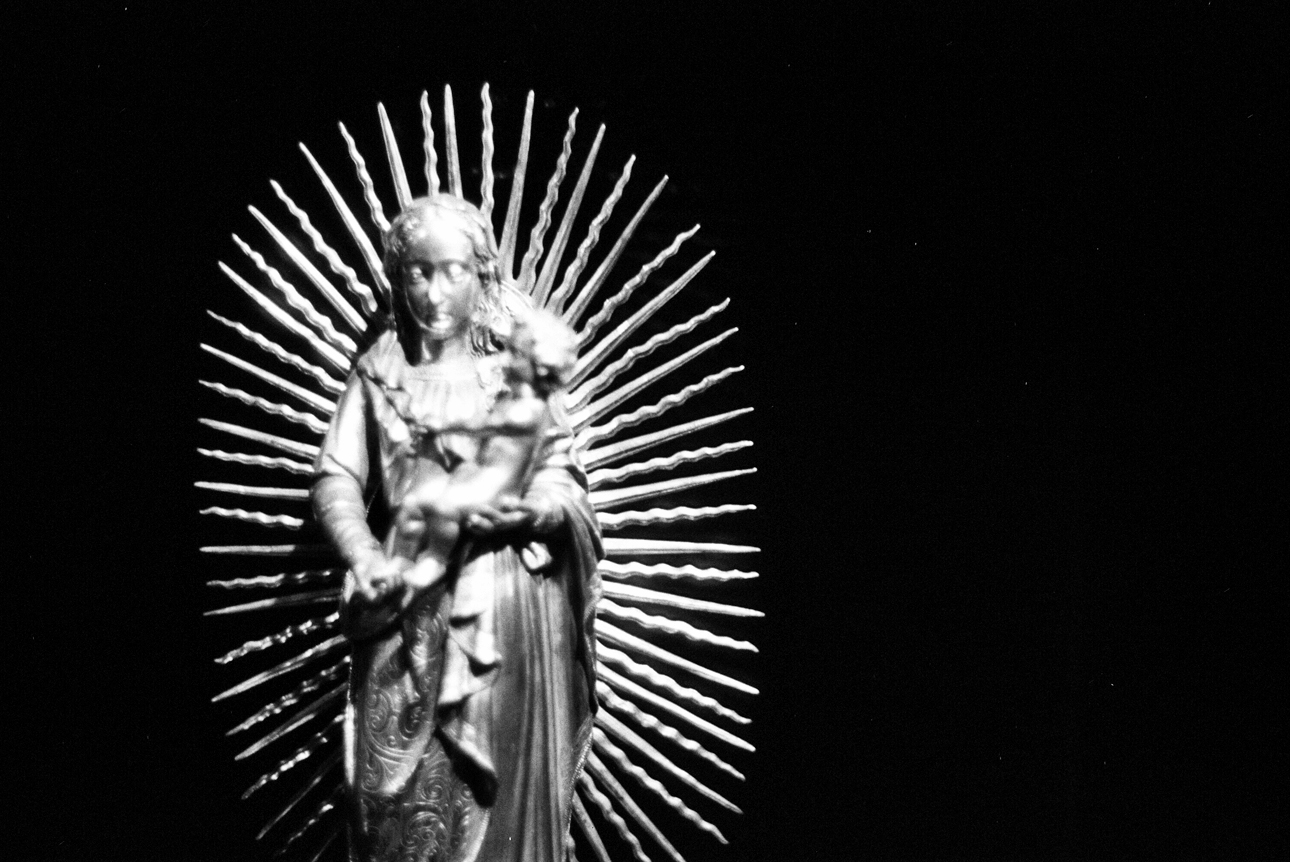 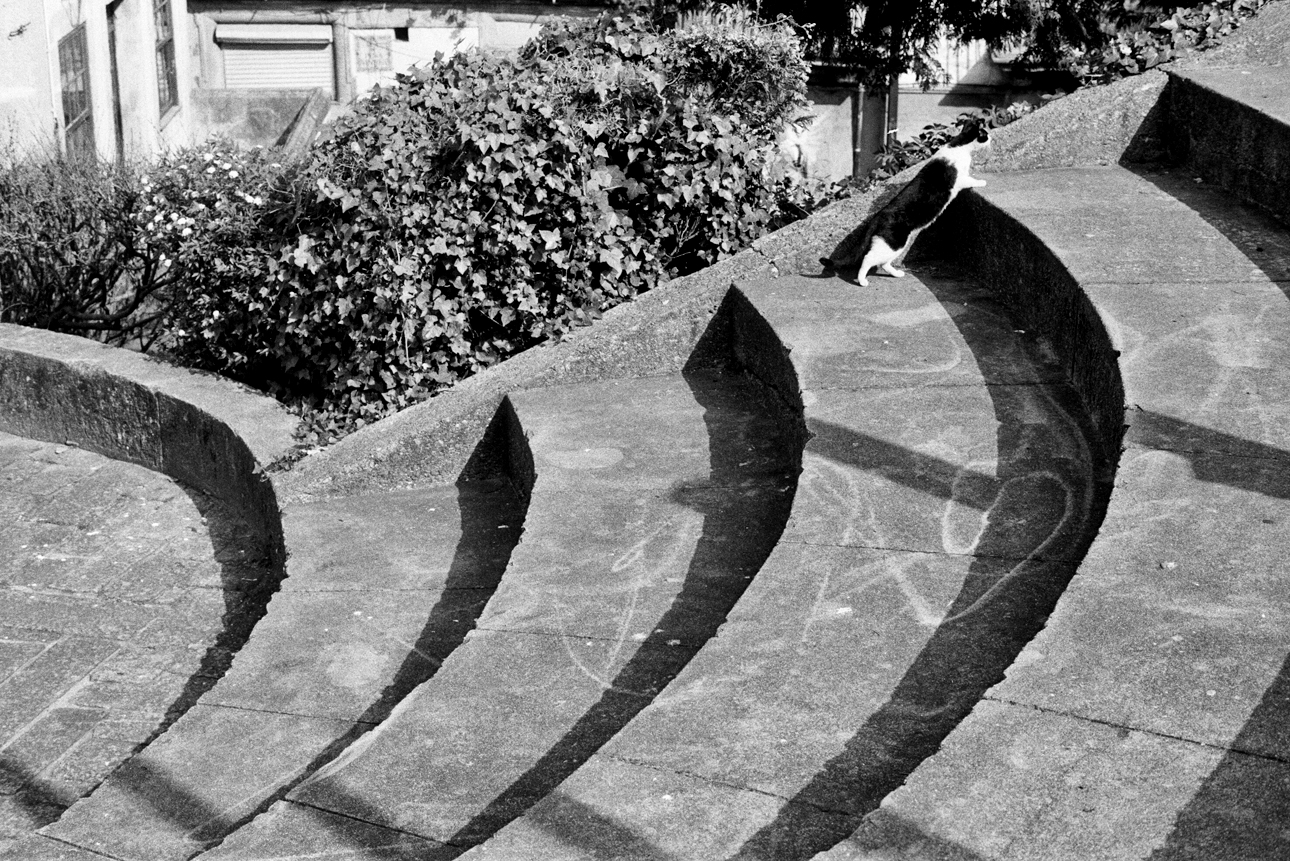 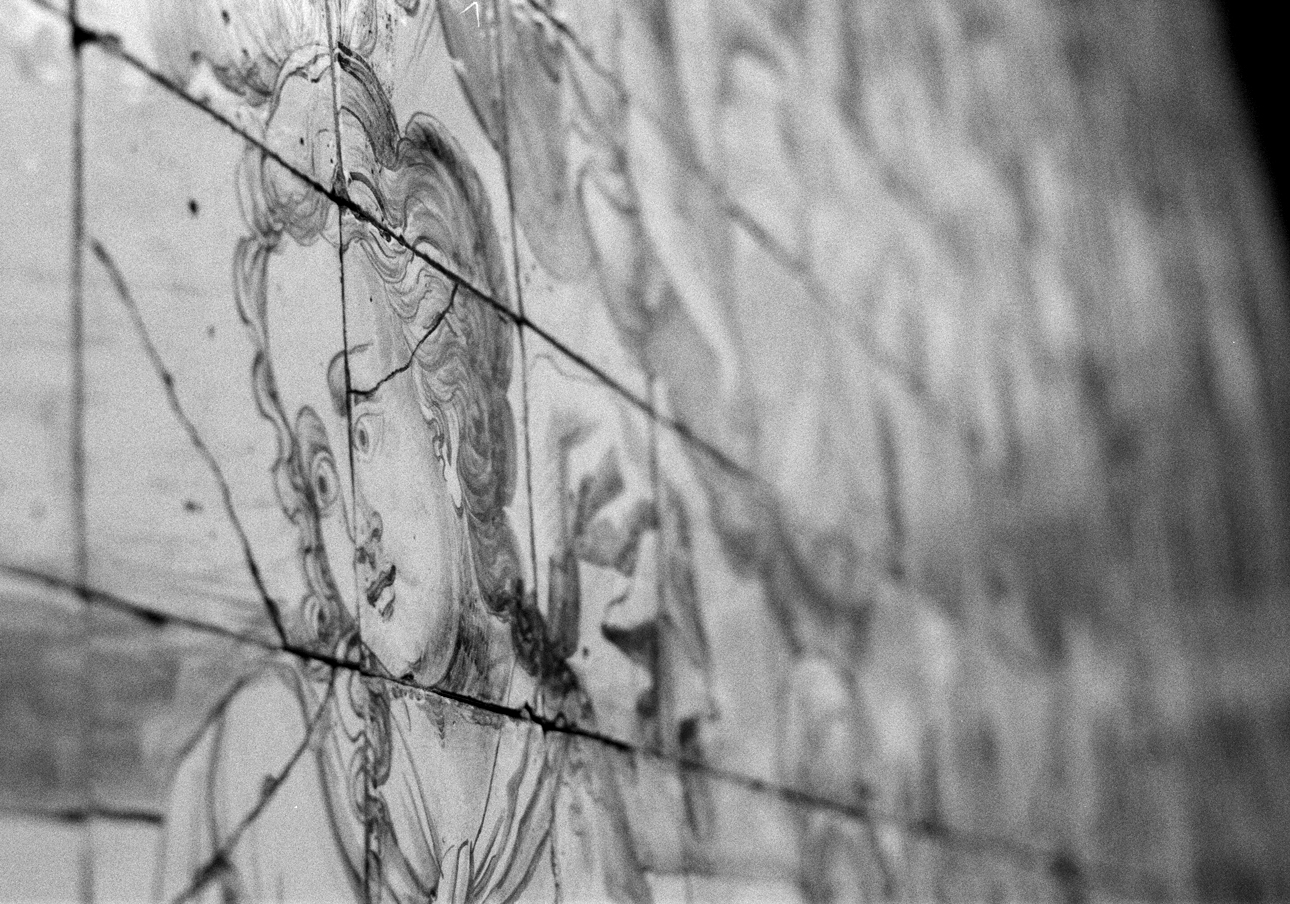 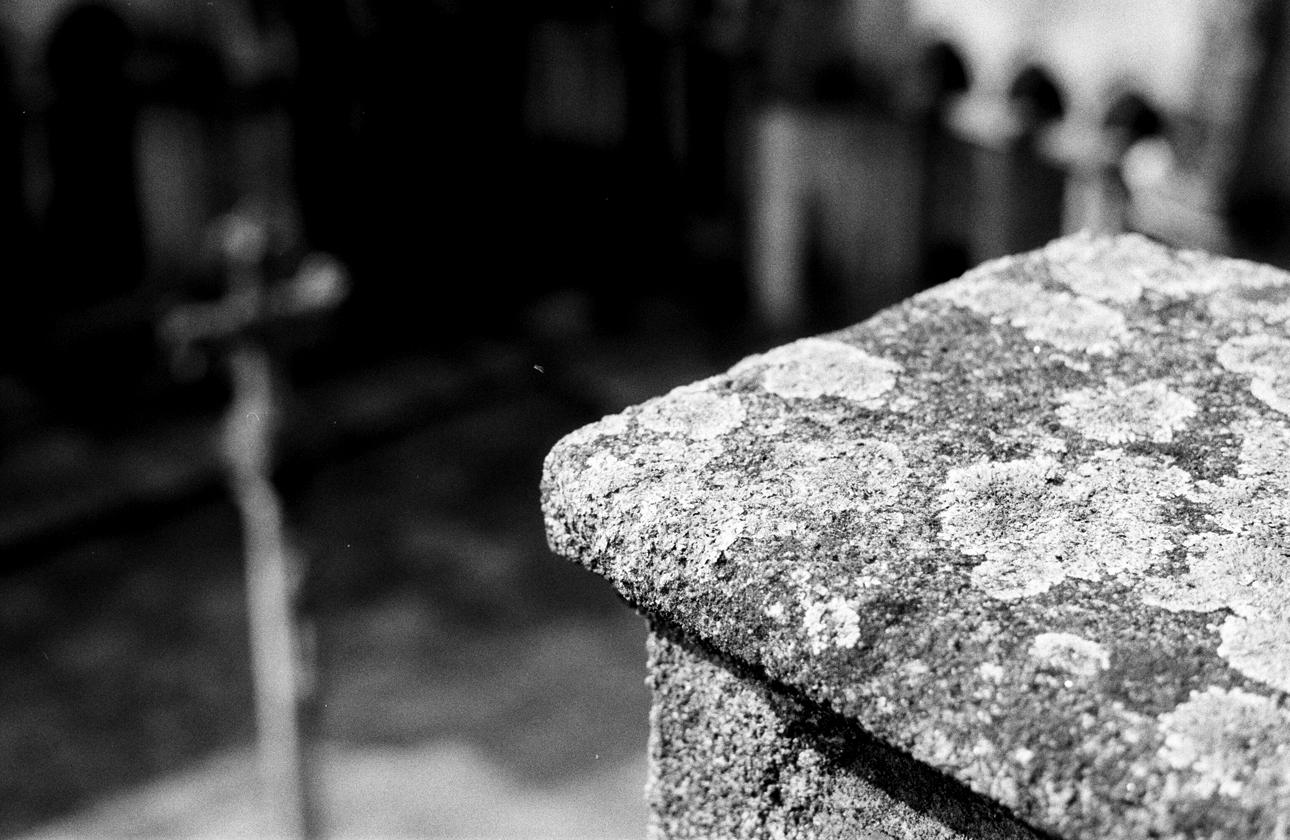 How frustrating your first attempts must have been! But you got lovely photos at last.