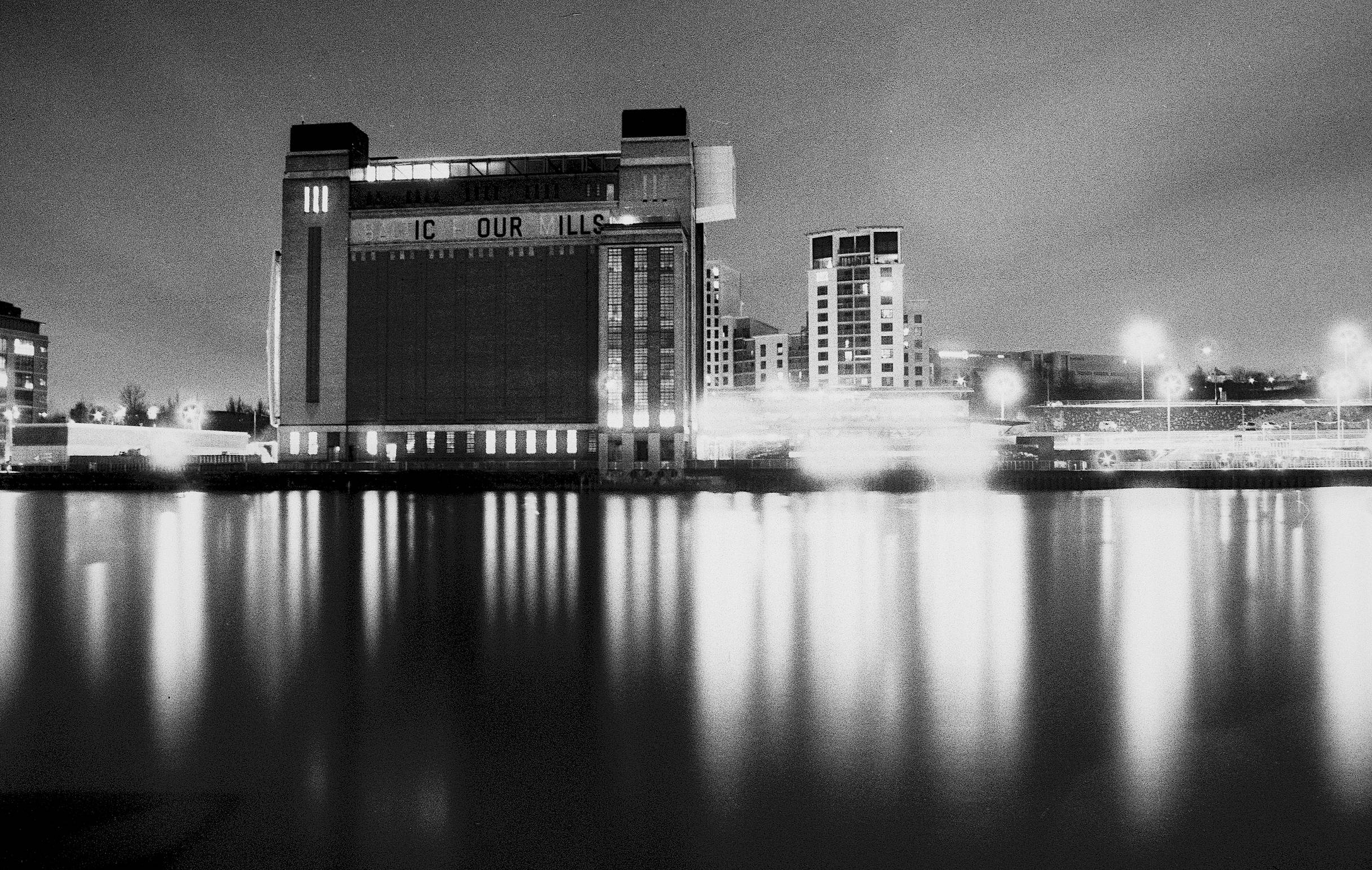 The latest Kosmonaut has been sharing her images taken on from the chilly north east of England since December – including the fantastic one above of the Baltic Centre for Contemporary Art.

She’s not only shared her images but also really gone to town on the questions below, giving added insight into why she’s shooting film.

This is a fantastic read, and her images really convey the chill of a wind whipping in off the North Sea. Enjoy

I was born in Southport in the UK, which is a seaside town in Merseyside between Blackpool and Liverpool. My family are from the north east of England and we moved back up here when I was 8 years old in 1990, and I’ve lived in Newcastle-upon-Tyne for 12 years. Before I moved here I grew up and went to school in County Durham and Northumberland, so I’m not quite sure where I’m from apart from “the north”. My accent confuses a lot of people but I kind of like that, and moving around a lot meant I got to be in a lot of new environments and meet lots of different types of people.

I’m a total introvert but I love people; especially if they have stories to tell. I could listen to people’s different voices and stories all day – and you get to hear a lot when you travel on the Tyne and Wear Metro and live in a city full of proud, open, and witty folk.

My Dad got into photography when he was at university and used it constantly in his work as a Landscape Architect so I’ve been around film pretty much from birth. My sister has an old photo album with a photograph I took of my dad dated May 1985, when I would have been three years old. An aunt gave me an old Kodak Instamatic when I was six (the kind that took 110 film) and I loved it.

In old family photos you can see it attached to my wrist, sometimes pointing back at my dad behind his camera taking our photo. I loved how free it made me feel, and even if I stood with my dad in the same spot looking at the same thing our photographs would be totally different. In the 90s I started using automatic 35mm compact cameras and would earn money to buy film and get it developed by washing my neighbours’ cars and babysitting, but I never thought of photography as being “art” and just used it to snap things I thought looked interesting and sleepovers with my friends.

After I got onto the internet in the late 90s and was exposed to a seemingly unlimited resource of information, images and tips, I felt drawn to photography and decided that it was what I wanted to do. In 2004 I learned how to use a 35mm SLR and develop black and white film at an evening class at my old school, and along with digital I’ve been shooting film pretty much constantly since 2012.

I’m a part-time photography student so I have access to a well-stocked darkroom which certainly helps. I use digital almost daily, but I much prefer film for the excitement when an experiment goes right, or the buzz you get when you figure out why you’re having problems and how to fix them.

At the moment my main film cameras are a LOMOgraphy LC-A+ and a very battered Pentax ME Super. The Pentax used to belong to the mother of a good friend of mine I’ve known since school and he gave it to me after she died a couple of years ago. He said he wasn’t sure if it even worked or what to do with it so he hoped that if it was broken then at least it would be kept as a curiosity (I have a shelf of old broken cameras, I feel sorry for them!).

She was a smoker so the camera was coated in a sticky layer of nicotine and dust, but I cleaned it up as best I could with patience, isopropyl, and cotton buds. Now apart from cosmetic damage it’s spotless, although I could never quite get the viewfinders clear… I’ve had some fun with pinhole photography and got some interesting results with a coffee can, and with film boxes that I made lightproof with electrician’s tape. I don’t need much, just a box with an aperture, some film, and a place to develop it. I love alternative processes too; especially cyanotypes and liquid gelatin emulsion. If it’s messy and possibly extremely dangerous I’m up for it.

I really like Delta 400 or HP5 by Ilford, especially for pushing for “arty” photos or project work, but for general researching and snapshots I use Kentmere 400 or Fomapan and develop them at home. I mostly shoot black and white, but last summer I started developing colour film at home and fell in love with Portra 160. I took some on trip to Luxembourg and Germany and it made it look like we went on a trip to a magical fairyland. Which it may have been; there was certainly a lot of beer and hazy evenings.

I love it! I love the idea of designing and creating or repurposing an existing concept into something new and sharing it with others who have an interest, and it’s really exciting to be a part of. I’ve found that photographers tend to be a lovely geeky bunch who like inventing and improving and sharing, and it’s very infectious. The film is really nice to shoot with and develop too: I’ve used it at during the day and at night for amazing (and quite varied) results, and pushed it to 400 so I could use it on a dreary winter day.

The prints I’ve made in the darkroom really show how nicely the film handles tones too – you can make the end result as mono or contrasty or as varied as you want with a bit of tinkering with exposure and filters. I’ve been having a blast playing with the negatives to see what I can get. I love the packaging too and I’ve kept the boxes because they’re really nice. I developed two of my rolls at uni and one of my classmates asked “What is that??” when I took one out of my pocket, so it’s been fun telling other people about it too.

I was lucky enough to get a sticker with my order which I’ve stuck onto my laptop and I’m sure attracts a few jealous glances.

It sounds a bit gross but I’d love to try old emulsions made from natural ingredients like in the very early days of photography. I read in An Alternative History of Photography by Ian Jeffrey that the early photography was a mixture of chemistry, home economics and regional produce, so I like to think that Nicéphore Niépce used lavender oil sourced from the lavender fields of the Loire Valley in France where he lived in his lithography chemistry, and Gustave le Grey used honey made by bees in Val-d’Oise in his waxed paper process, which sounds quite delicious if you ignore the additional nitrates and salts added later.

To do anything like that now I guess would have to be done quite quickly and on a small scale, but it could be a fun experiment and worth seeing if the results vary depending on where the film was “brewed” and the time of the year.

For regular film I’d just like to see a film that can put up with a bit of punishment and will let you be creative without sacrificing quality, and that will glide onto a developing reel without snagging.

Ansel Adams said “Forget what it looks like; how does it feel?” which is a spirit I try to use in my photography, and a film that will let a photographer break the rules, explore and defy the limits, and get good (or at least salvageable!) results sounds good to me.

Thanks for the insight, Jenny, and for these fantastic images aswell.

Hi Im from Consett in Durham, nice to see some other local users! Lover of the pentax me super as well, my under development site has a rather non-review of it as well lol http://www.developist.co.uk/site/pentax-me-super/