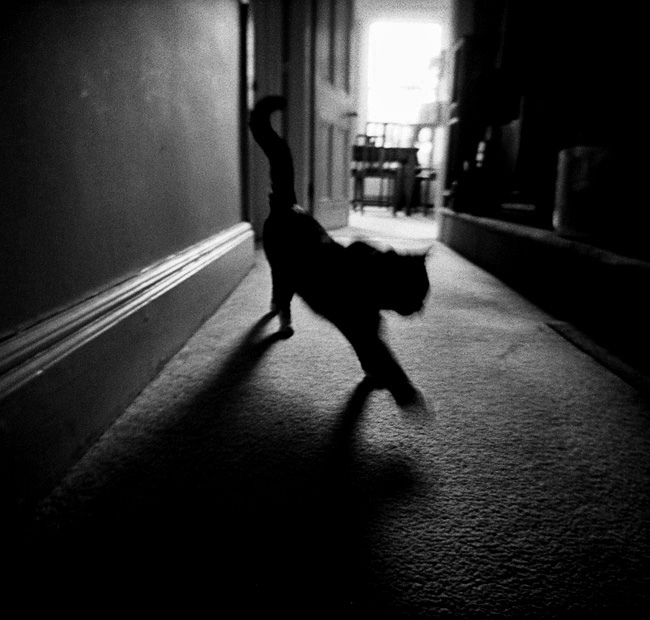 Back in the days of film, many of us only took our cameras with us on a holiday or a special event.

Unless there was a birthday party or some other occasion important enough to load up the Kodak Gold, many of us never really captured the place that we spent so much of our time – our homes.

I have a family album of my childhood growing up in New Zealand, and apart from pictures of when I was a baby, there are gaps lasting years without a picture. There’s only one inside the house I lived in for 10 years.

One of the best things about LOMOgraphy was its insistence that you take your camera everywhere you go, not just on special occasions. That using it to capture the life inside your own four walks, too.

Of course we all do that now with the phones constantly by our side. But in the analogue day’s this required a bit more forethought. If you were going to lug around a camera constantly, then a compact 35mm like the LOMO was a natural choice.

This was taken half a decade ago, when I was renting a room off a friend in north London. The cat was in a playful mood and I had a roll of film to finish.

Outside it was bright summer, but the black-and-white film and the LOMO LC-Wide’s dramatic vignetting give it a wintry feel. The silhouetted cat’s also uneasy – this doesn’t look like a friendly feline, but something that might scuttle about on the edge of your view on a cold, dark night, blurred and indistinct.

Even in the most ordinary of situations, our cameras can turn our homes into unfamiliar surroundings.

The photos from my past that I value the most are the ones of every day places in my life. I now try to be deliberate about photographing them.