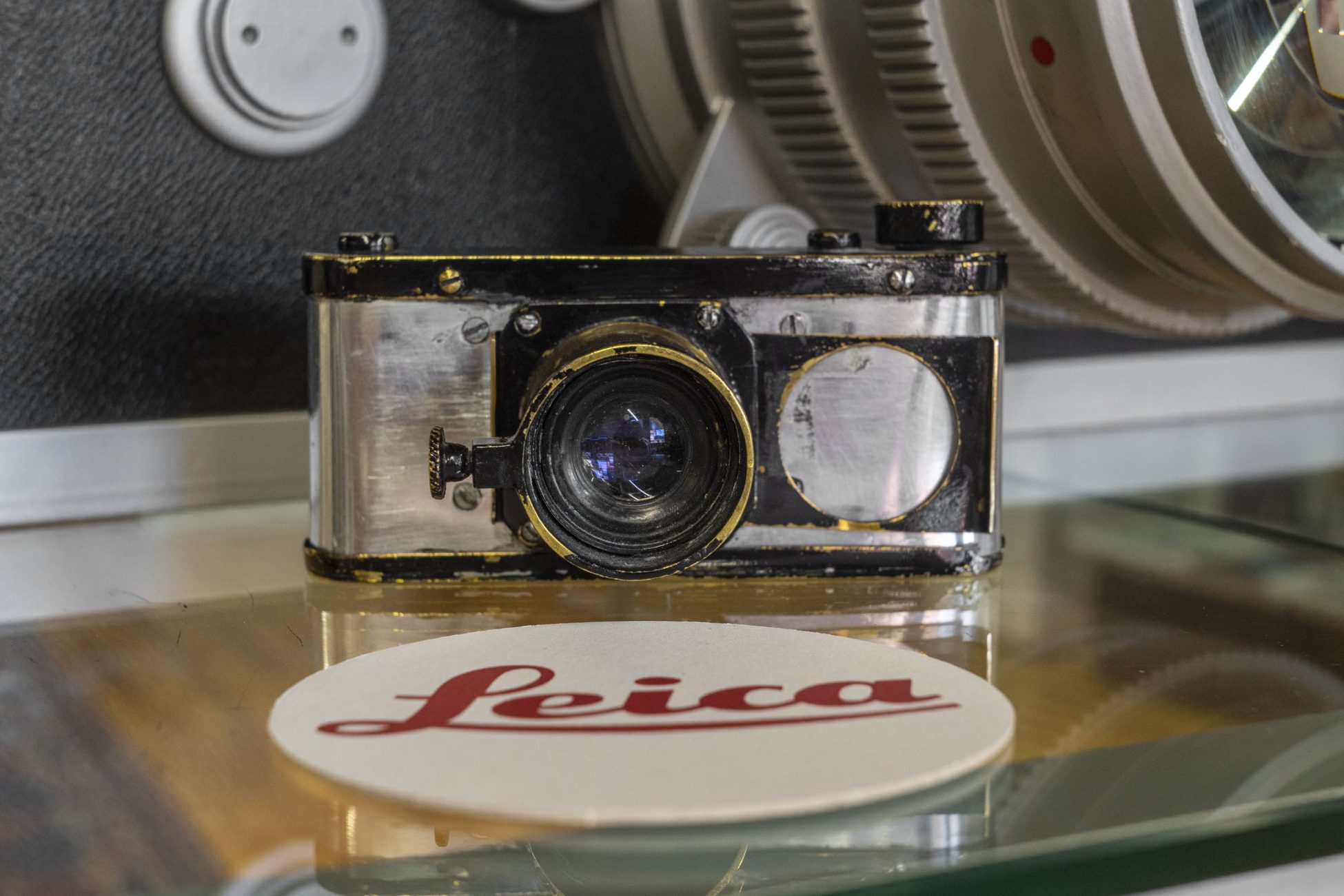 The Ur-Leica produced by Oskar Barnack is undoubtedly one of the most important cameras ever made.

Barnack – the inventor who would redefine the size and portability of cameras – created the Ur-Leica camera to shoot with cinema film. Barnack had been hired by Ernst Leitz to build a new cinema camera, and the asthmatic inventor found the idea of smaller, less cumbersome stills cameras an attractive one.

The 35mm film was a lot cheaper than plates, and by running it horizontally, Barnack could vastly reduce both the size and weight of cameras. He famously took a photo near his workshop in the German town of Wetzlar in 1913 on his work-in-progress camera, which is widely celebrated as the first picture ever taken on a Leica camera.

The Ur-Leicas (Barnack made three; two now held in museums and one whose location is currently unknown) led to the pre-production 0-Series Leicas in the early 1920s and then the Leica I. But the Ur-Leicas may not have in fact been the true beginning of the story.

“Most versions of this story start with the 1913 Ur-Leica, but what if I told you there was something before it?” camera blogger Mike Eckman has told Kosmo Foto. “An even more basic device which was locked away for decades inside of a metal cabinet of some back room of a Leica Museum in Solms, Germany.

“This device, labelled by the museum as M 875 predates the 1913 Ur-Leica and wasn’t discovered until the early 1990s.  A German language article published in Issue 50 of VIDOM, the newsletter of Leica Historica, is the first and only known published article about this earlier Barnack prototype.

“Since then, the device has been transferred into storage at Leitz headquarters and has only been seen by a very small number of people.  Today, what we do know about it is much less than what we don’t, but that didn’t stop one man from creating an almost identical replica.”

An article on Eckman’s site published on Thursday (15 December) looks in some detail at the mysterious pre-Ur camera, and a project to create the working replica by US Leica collector Ray Morgenweck. Eckman shared the following pictures exclusively with Kosmo Foto:

The images show a rudimentary 35mm camera, which – like the Ur-Leica itself – lacks both a rangefinder and viewfinder. The camera includes a removable baseplate to load the film, and in one image you can see the wooden block used in the camera’s interior.

This extract from Eckman’s article talks a little about the mystery camera’s discovery: “The camera had a red label taped to the back with “M 875” hand written on it. This number was a museum inventory number, and was not original to the camera. Beyond this label, the housing had no other identifiable markings on it.  Georg Mann inspected the housing, which this article will continue to refer to as “M 875” and found that it had dimensions very similar to a Leica Model A. Its overall width of 133mm was but half a millimetre from a Leica and it was within 2.5mm in height.”

“This replica of Barnack’s M 875 is made to the same measurements and with the same materials, a bare aluminium outer shell around a wood interior, with brass top and bottom plates,” Eckman tells Kosmo Foto.

“The original M 875 did not come with a lens, but the replica has one mounted from a Kodak Retina so that it could be used to take photos.”

For more on the history of this camera and the journey to create a working version in the 21st Century, check out the original article on Mike Eckman Dot Com.