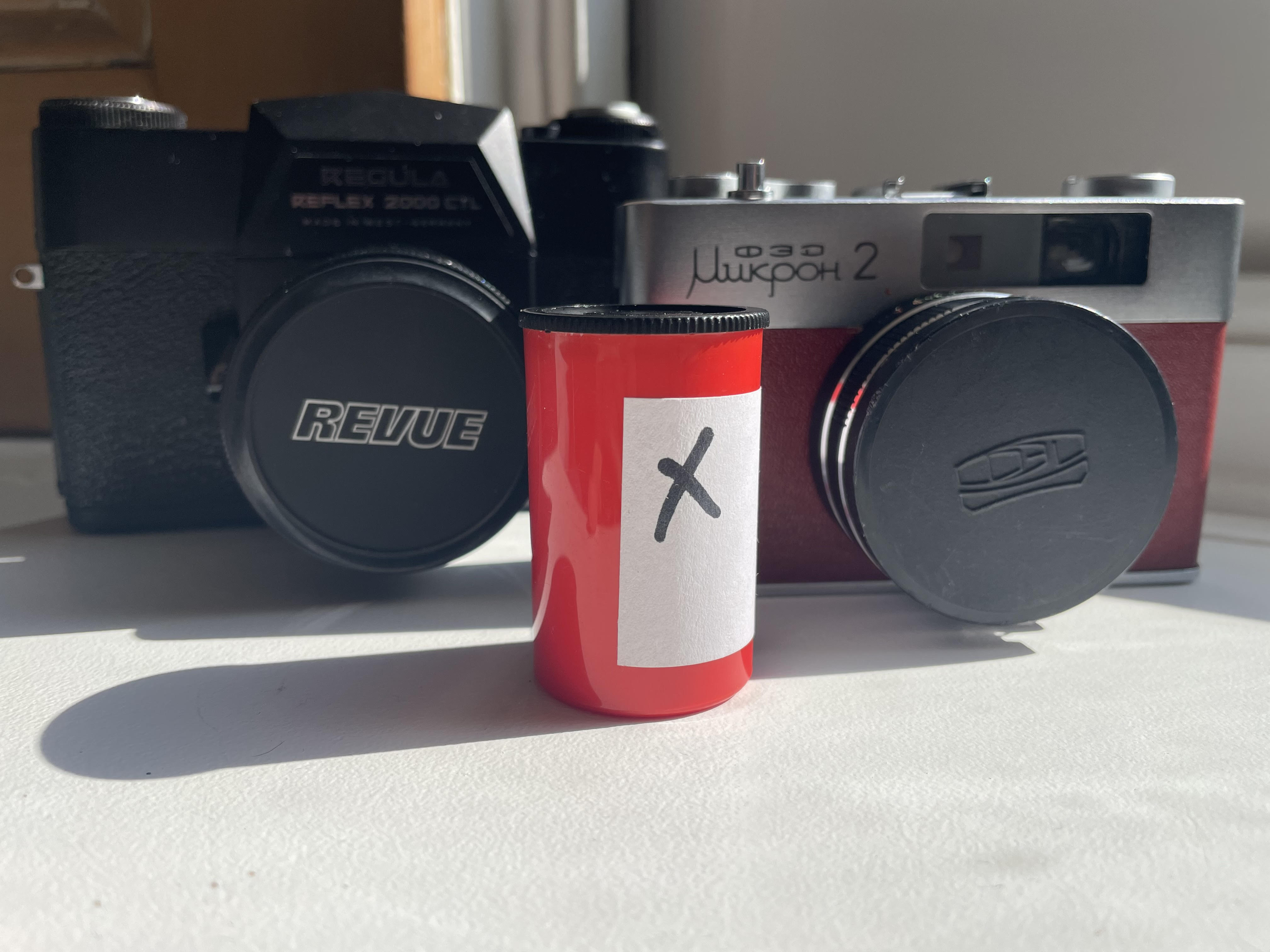 Film Washi has been one of the most innovative small producers in film’s recent resurgence.

Based in Brittany in the west of France, Film Washi is run with the singular worldview of Lomig Perrotin, who produces films in a small “film factory” made up of ex-military containers.

Since 2013, Film Washi has been making black-and-white films, some of them not even film – photosensitive coatings on thin paper.

As their range has increased so has their ability to take on bigger projects. And their latest is one of their most interesting.

Synonymous with mono emulsions, the latest film – X – is something different: colour negative. Film Washi first brought it out as a 400-ISO film in 2014, but this new version (a rebranding of an emulsion not usually offered as a consumer film)  is a completely different prospect.

Perrotin first told Kosmo Foto about it this June when we were both selling film at the Bievres camera fair south of Paris. The film, he told me, was a maskless colour negative film which could be shot at a range of ISOs from 50 up to 400. Even more intriguingly, it could be developed as an E-6 film. Another colour slide film in 2022?

Perrotin told me the film would be unveiled some time later in the summer, so I had a little head start to shoot at least a couple of films before the rest of the world knew about it. He gave me four rolls to try out.

At the end of June I headed to the north of Italy for a week’s holiday, and took two rolls of Film Washi X along with me. For at least the first few rolls of this film, I decided to just shoot it as a colour film at the intended ISO.

The first examples Film Washi shared on their socials – including some of some deliciously old school film boxes – showed a saturated colour palette, and more grain than you’d normally find in modern colour films. Italy in late June obviously has some pretty strong sunlight and bright colours, making it a perfect location for testing a colour film.

I decided to shoot one roll in a rangefinder and another in an SLR. The rangefinder would be a FED Mikron-2, a full-frame automatic-exposure camera with a contrasty lens. The other roll would go in a Regula Reflex 2000 CTL, a chunky West German SLR from the early 1970s. Both have lenses I think lend themselves to a grainier film look.

I took the FED Mikron-2 on a morning walk which included the Sanctuary of the Madonna of San Luca which sits on a hill above the city of Bologna. To get there, you climb a 3.8km-long arcade which features no less than 666 arches, built over more than 100 years in the 17th and 18th centuries. I figured that mix of strong light and shadow in the covered areas should produce some pleasing old-school grain.

A few days later, I took the Regula Reflex on a daytrip to San Marino. San Marino’s one of the world’s smallest countries, a tiny republic of just 23.6 sq miles (61.2 sq km). Its major settlement and capital sits on an imposing hilltop in the countryside a half-hour’s bus ride from the Italian beach resort of Rimini. San Marino’s medieval towers stare defiantly at the beach bars and sun umbrellas only a few miles away.

San Marino’s capital is a warren of streets full of tourist-centric shops and a bewildering array of museums – at least one torture museum, and also a vampire and werewolf museum that I’m now kicking myself I didn’t visit. The Regula Reflex – a rare model Leitz is said to have considered a copy of the original Leicaflex – was sold with any number of lenses made by Isco-Gottingen, which would later become better known as Schneider. It seemed like it would be a good match for Film Washi X’s touted nostalgic palette. I used an Edixa-Iscotar 50/2.8, one of the cheapest of the lenses which came with this camera but, as I discovered, plenty sharp enough.

Returning to London, I took these two rolls to Bayeux, my standard lab for 35mm development. I figured I would cut out the scanning middleman – me, with 101 other things to do – and let them scan it as well. That way, I could see how the film might look for those approaching it without too many preconceptions about its retro look.

Here’s some examples from the first roll taken on the FED Mikron-2. Some of these scans have been auto colour corrected in Photoshop and given a touch more contrast to boost shadows. Given that there was a little more shade with these shots, the initial uncorrected scans showed a little more of a green bias, especially in the shadows when the files were lightened. These shots have more of a Fujifilm look because of it (note: the film is note made by Fujifilm. 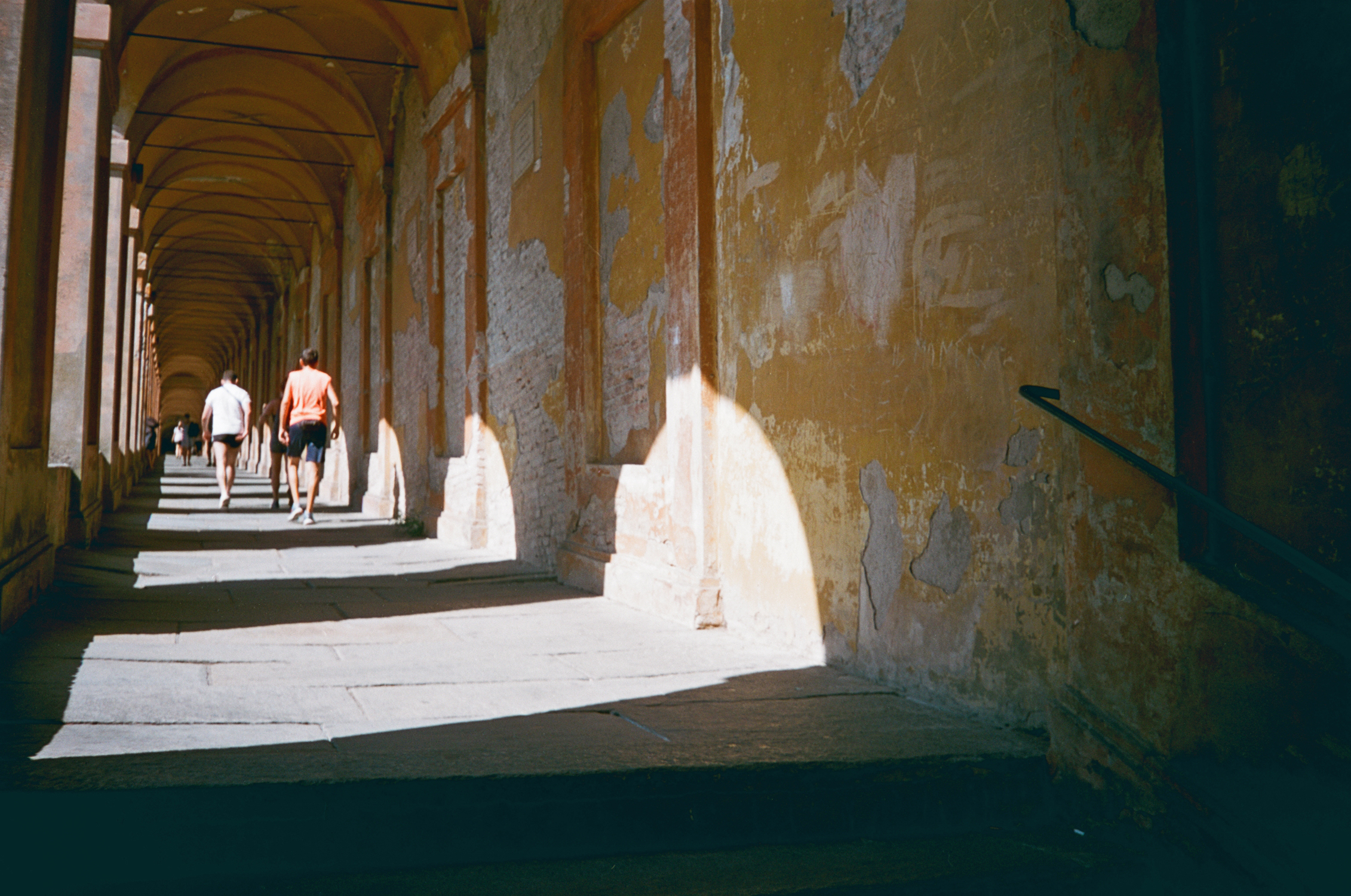 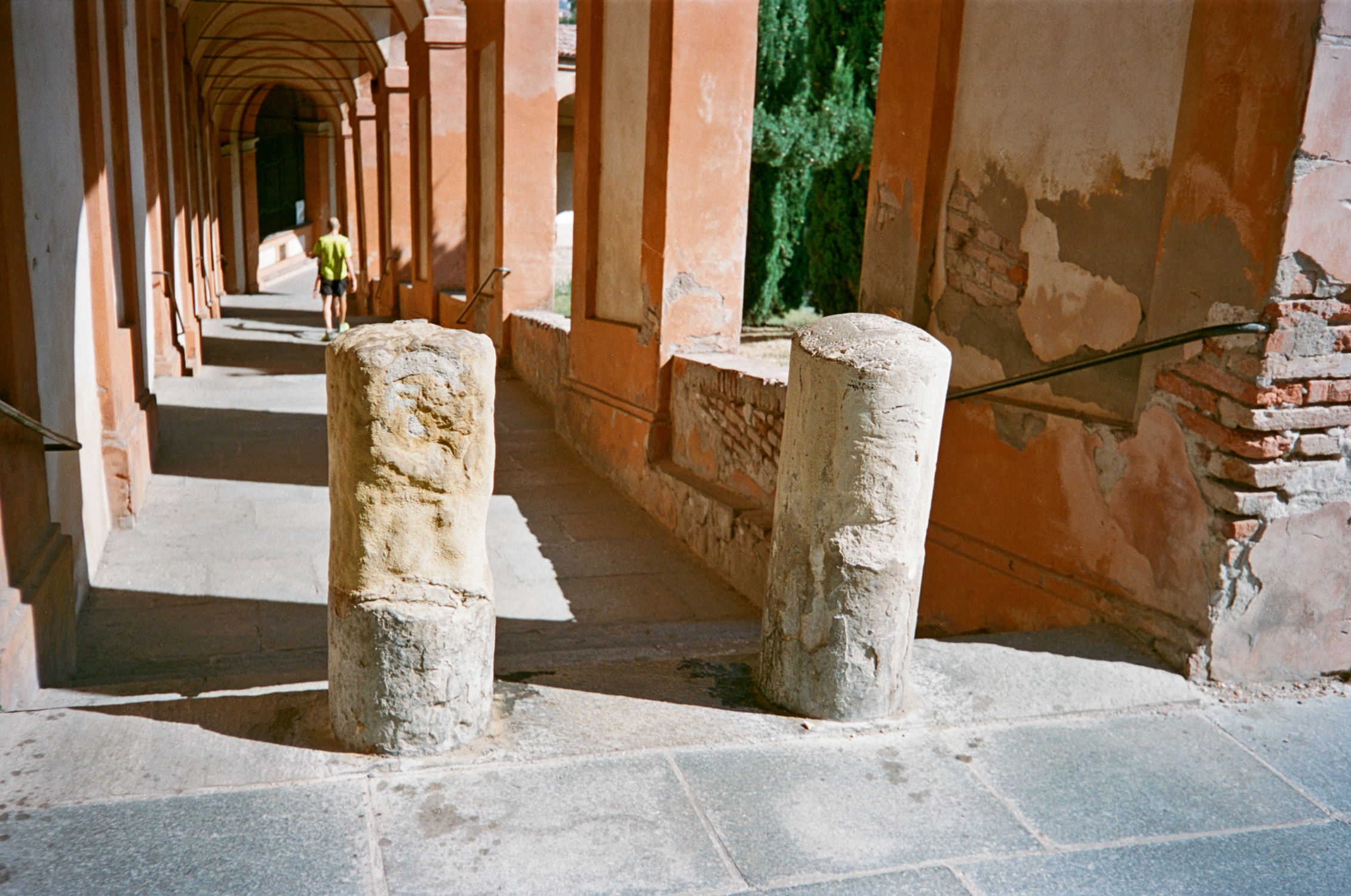 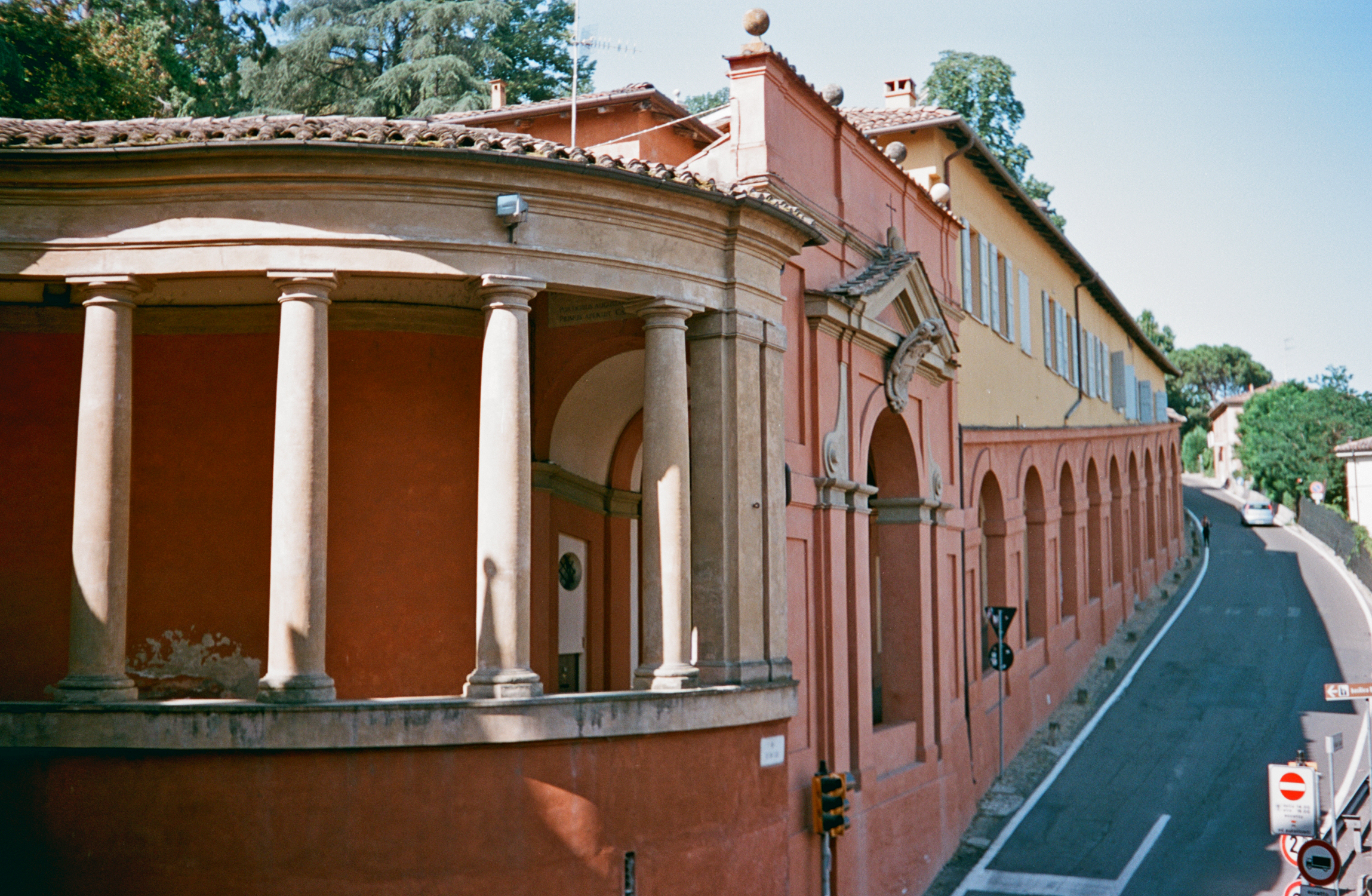 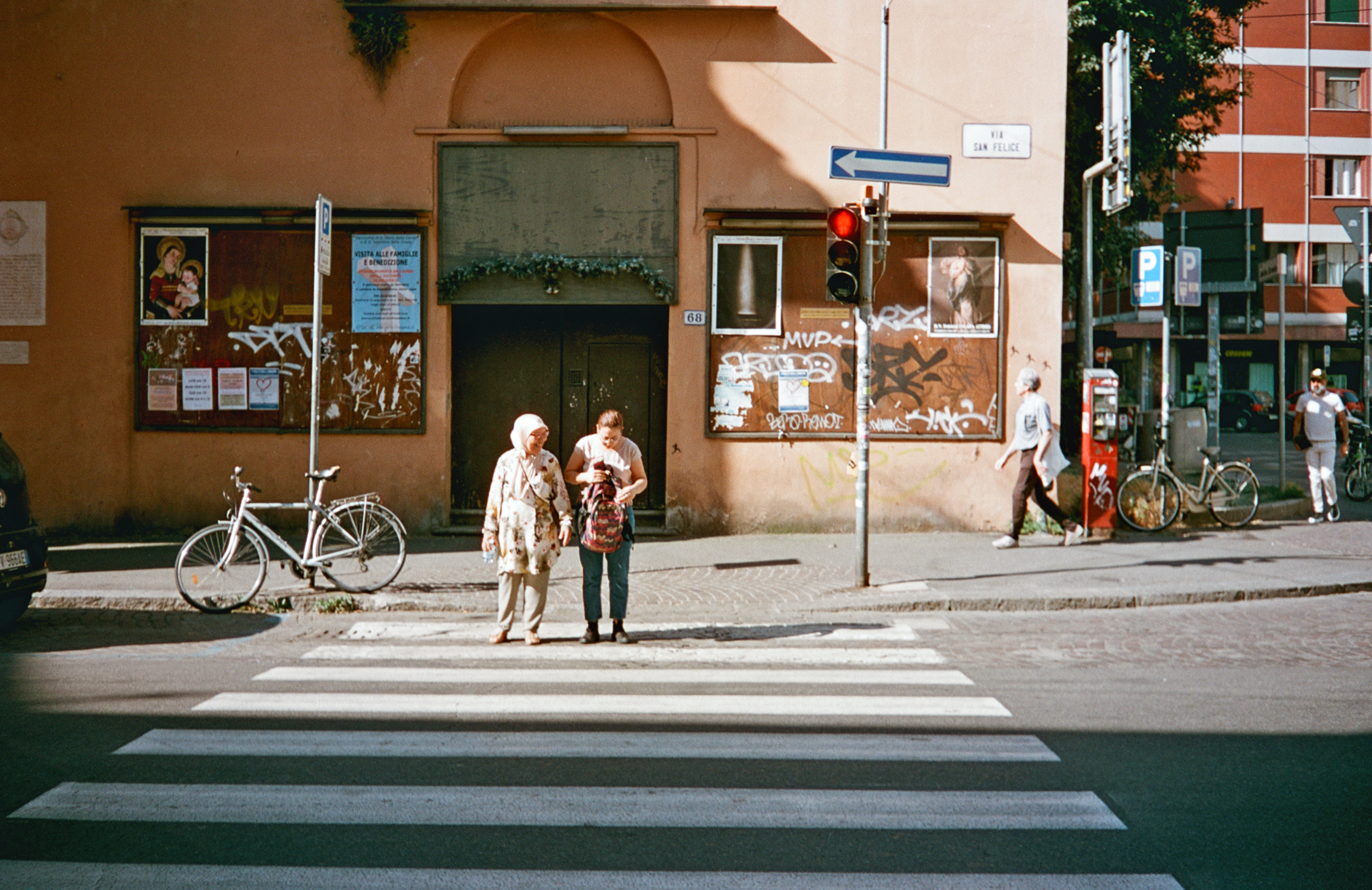 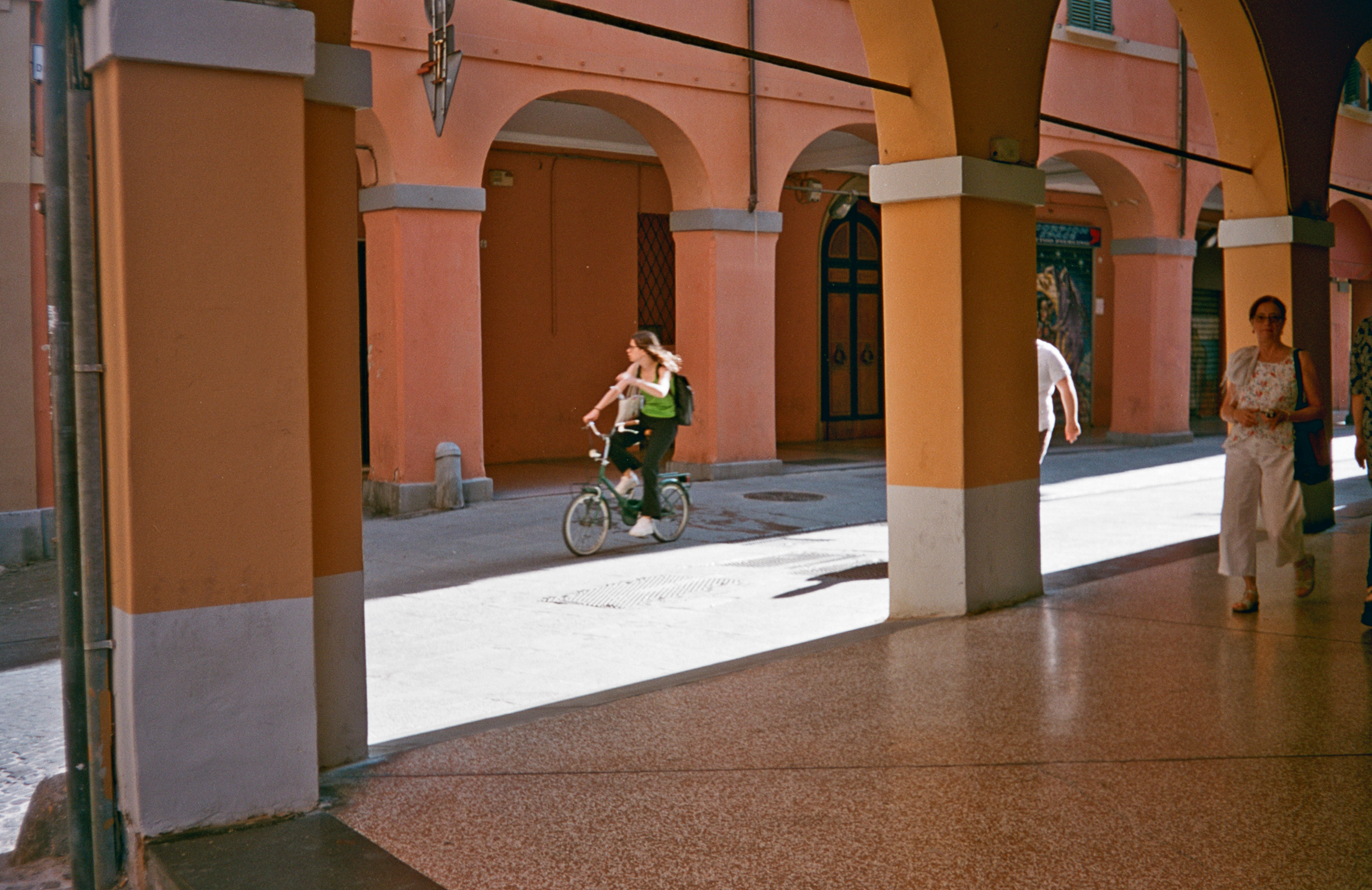 Here are some of the shots taken on the Regula Reflex 2000 CTL: 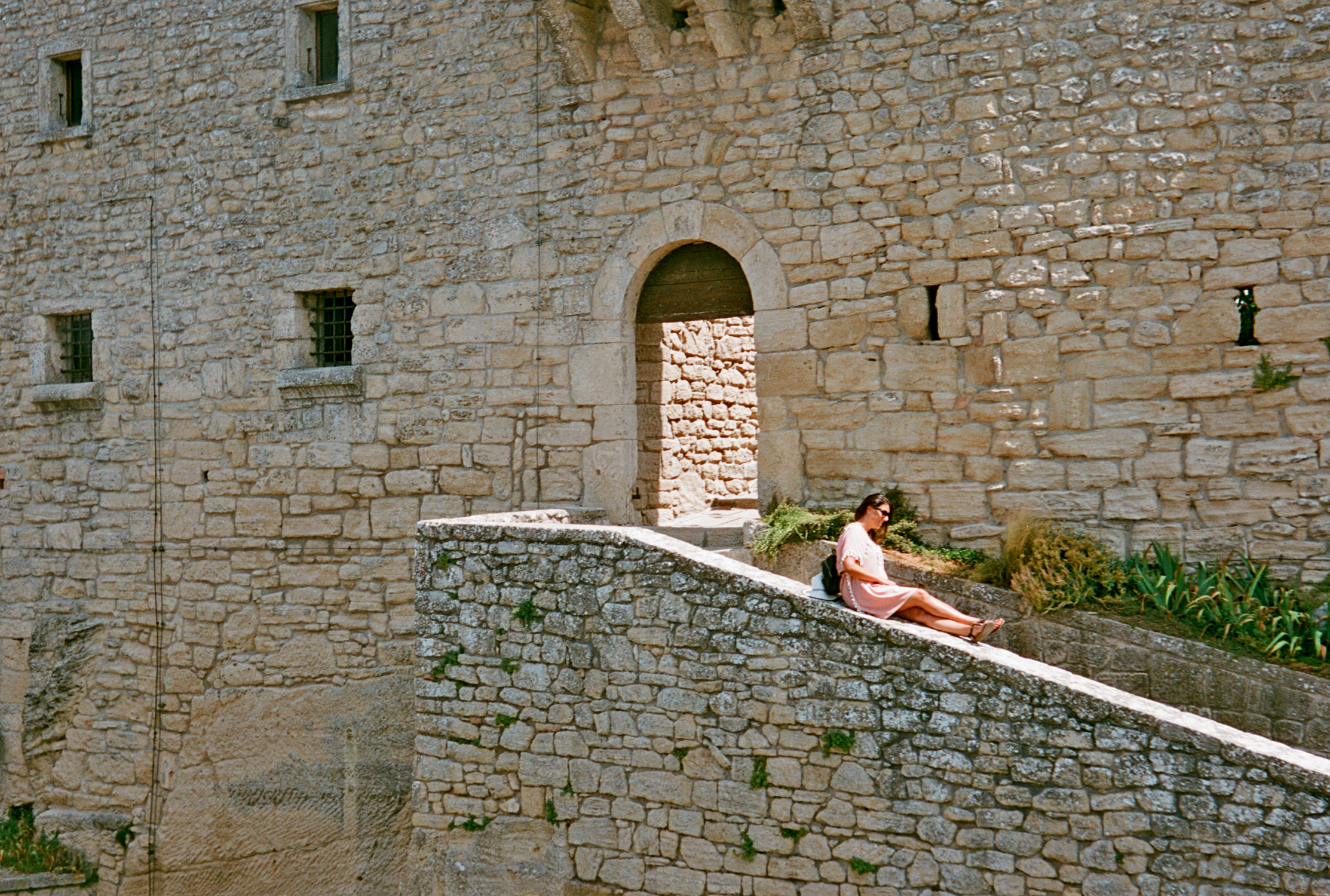 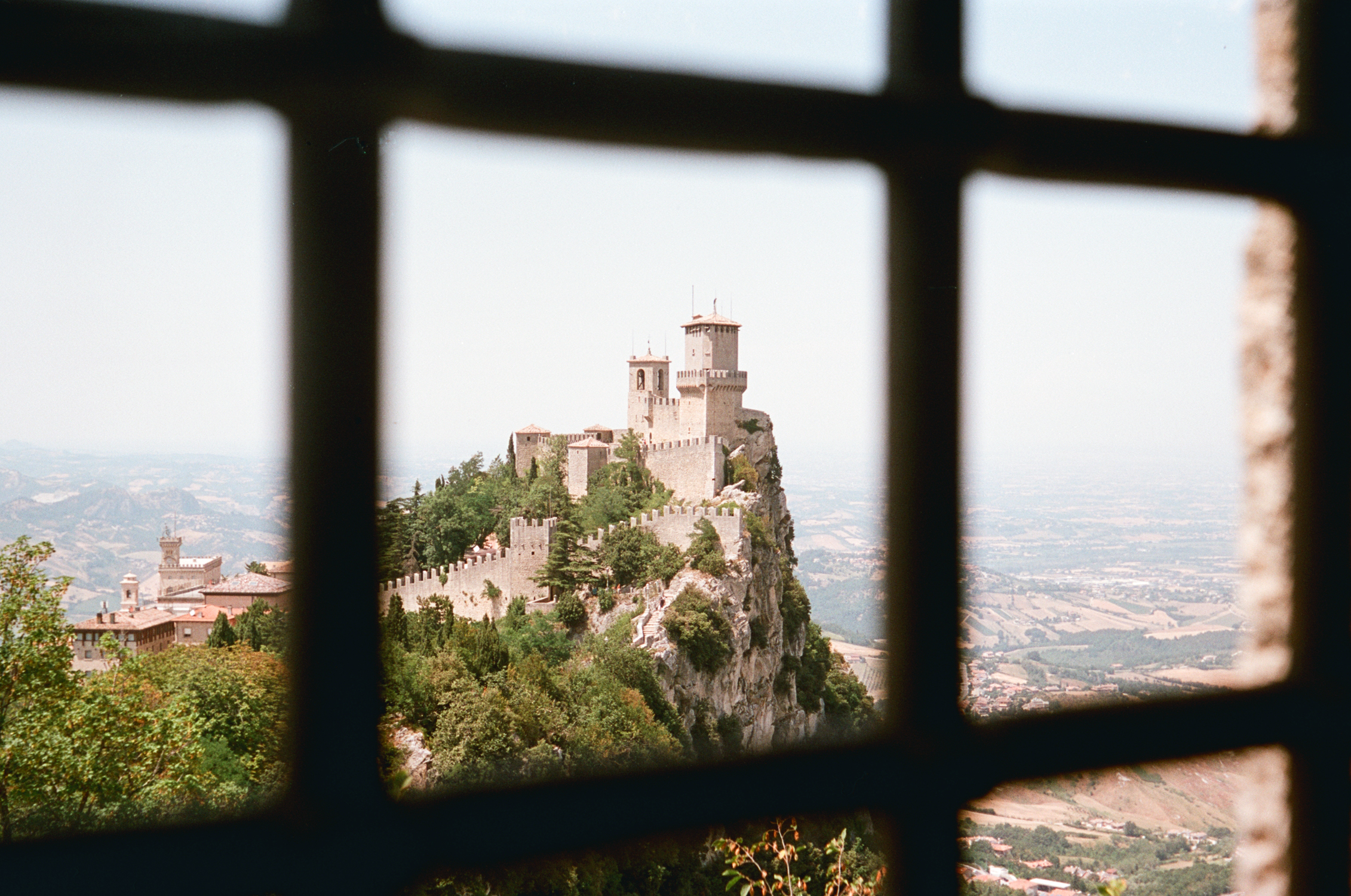 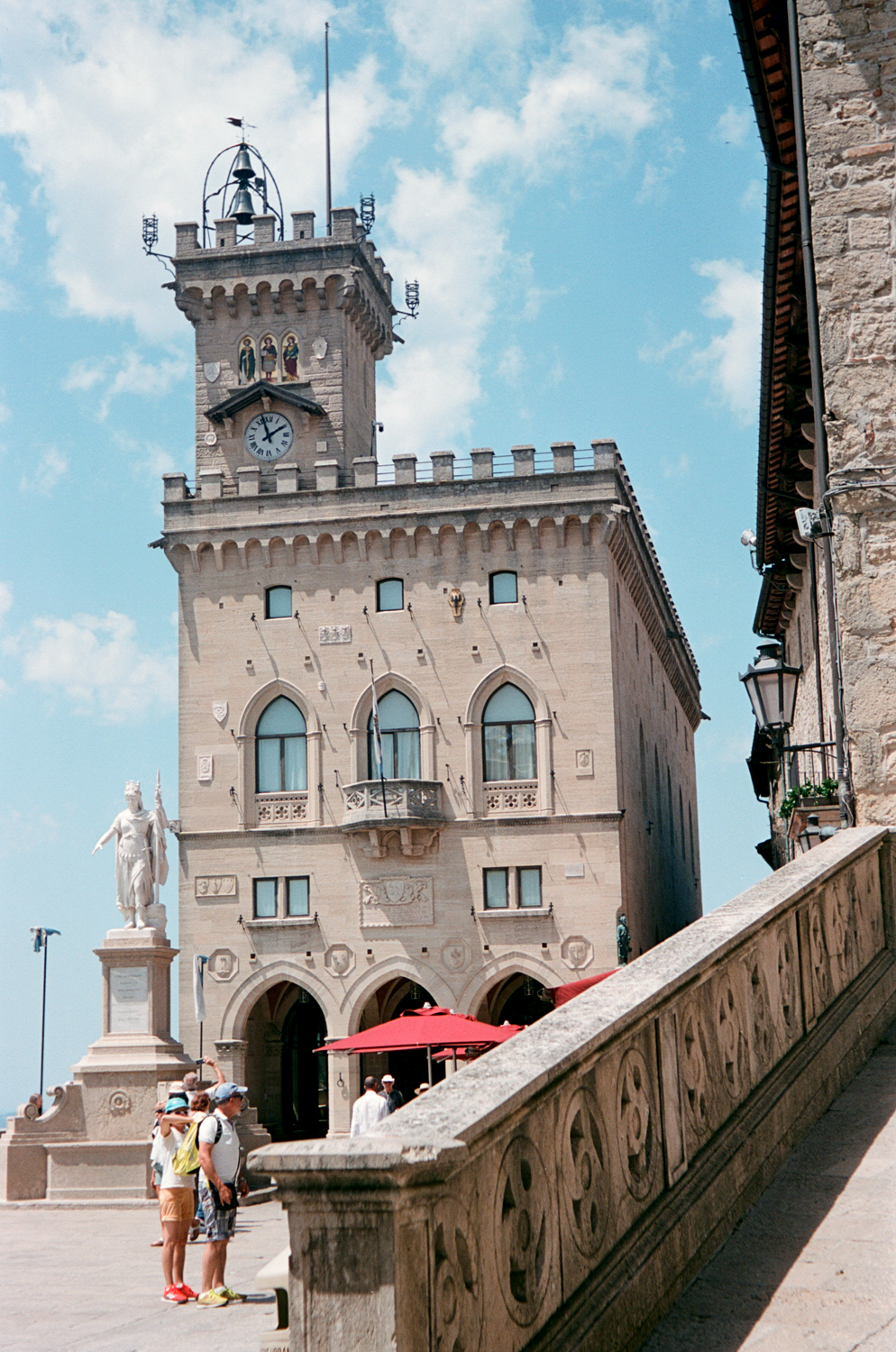 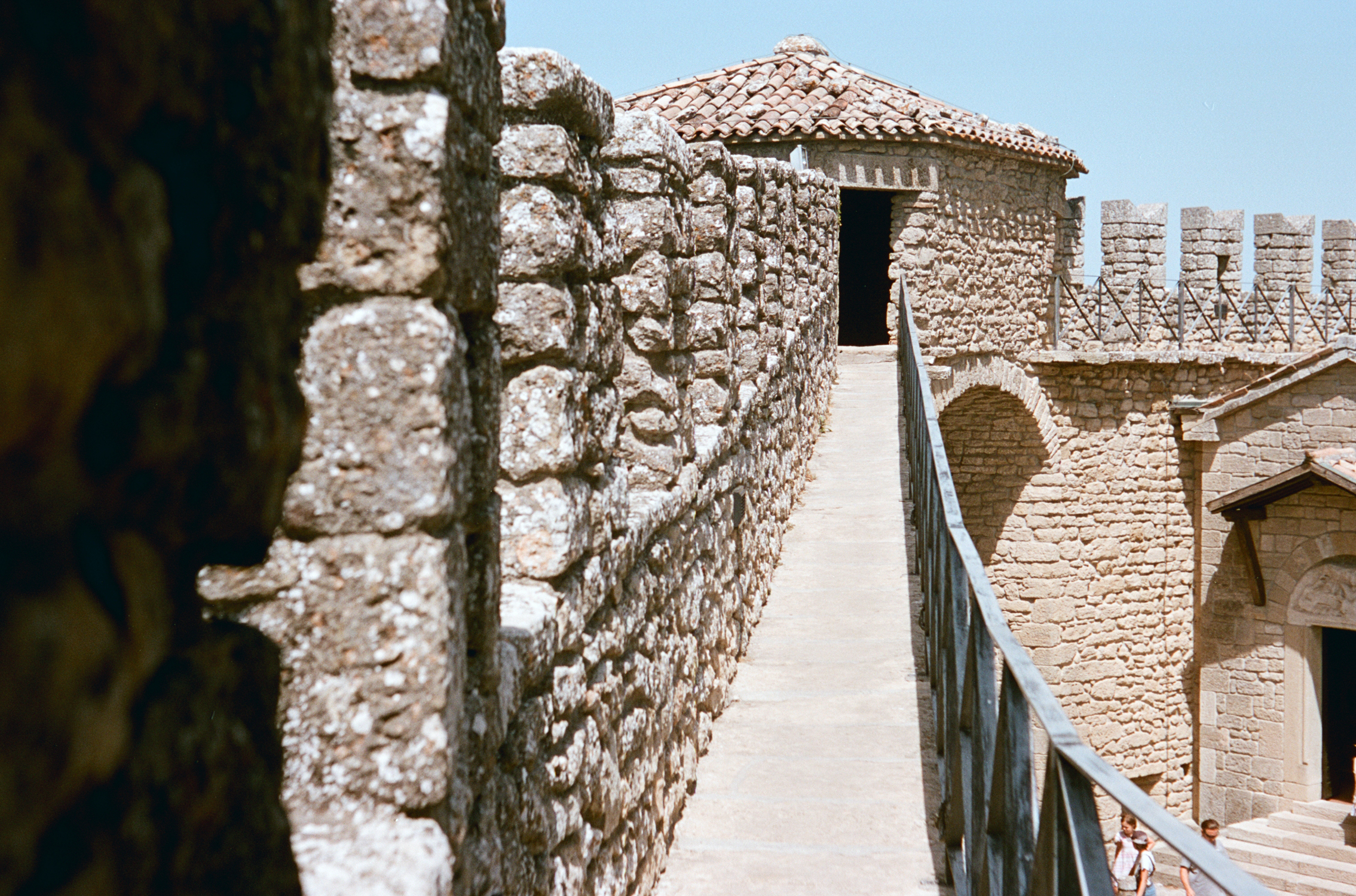 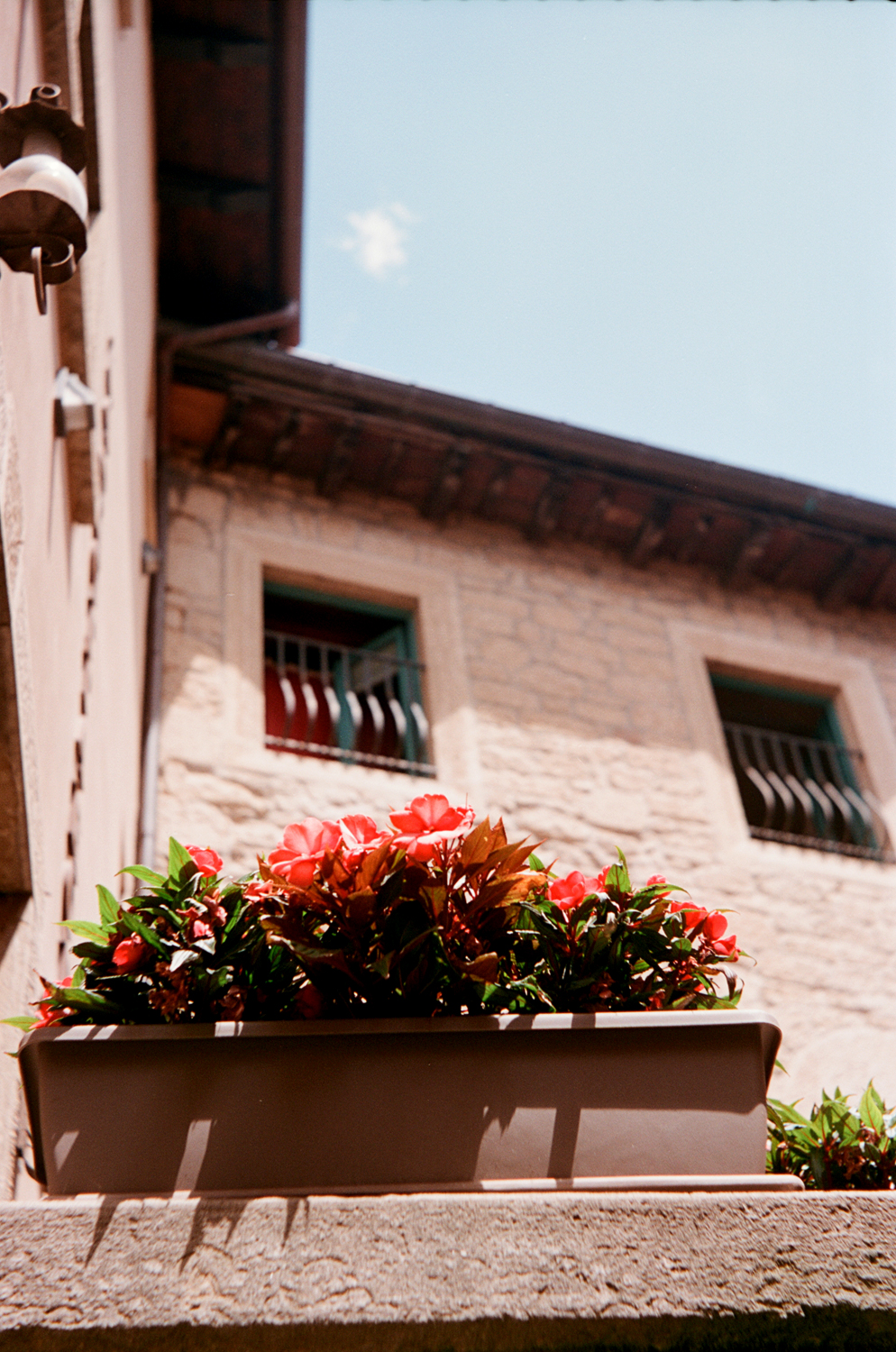 In brighter sunshine, some of the results are a lot closer to those seen in Film Washi’s tests. There’s more grain and a bias towards red, especially in the shot of the flowers.

As Perrotin told me, good labs will often try to make a film look as “normal” as possible during the scanning process, and the shots here may have benefitted from that, especially those with the FED. While it doesn’t look much like the test results, they’re not disappointing – just less novel. It’s in bright light (again with some colour correction to steer the film away from its green lean) that I got results more akin to those shown by Film Washi. In terms of sharpness and detail, I’m impressed. This is a really nice looking film.

I have two more rolls to shoot, and this time I’ll scan them myself, using Negative Lab Pro to see if I can make them look a little more 70s. Expect a follow-up!