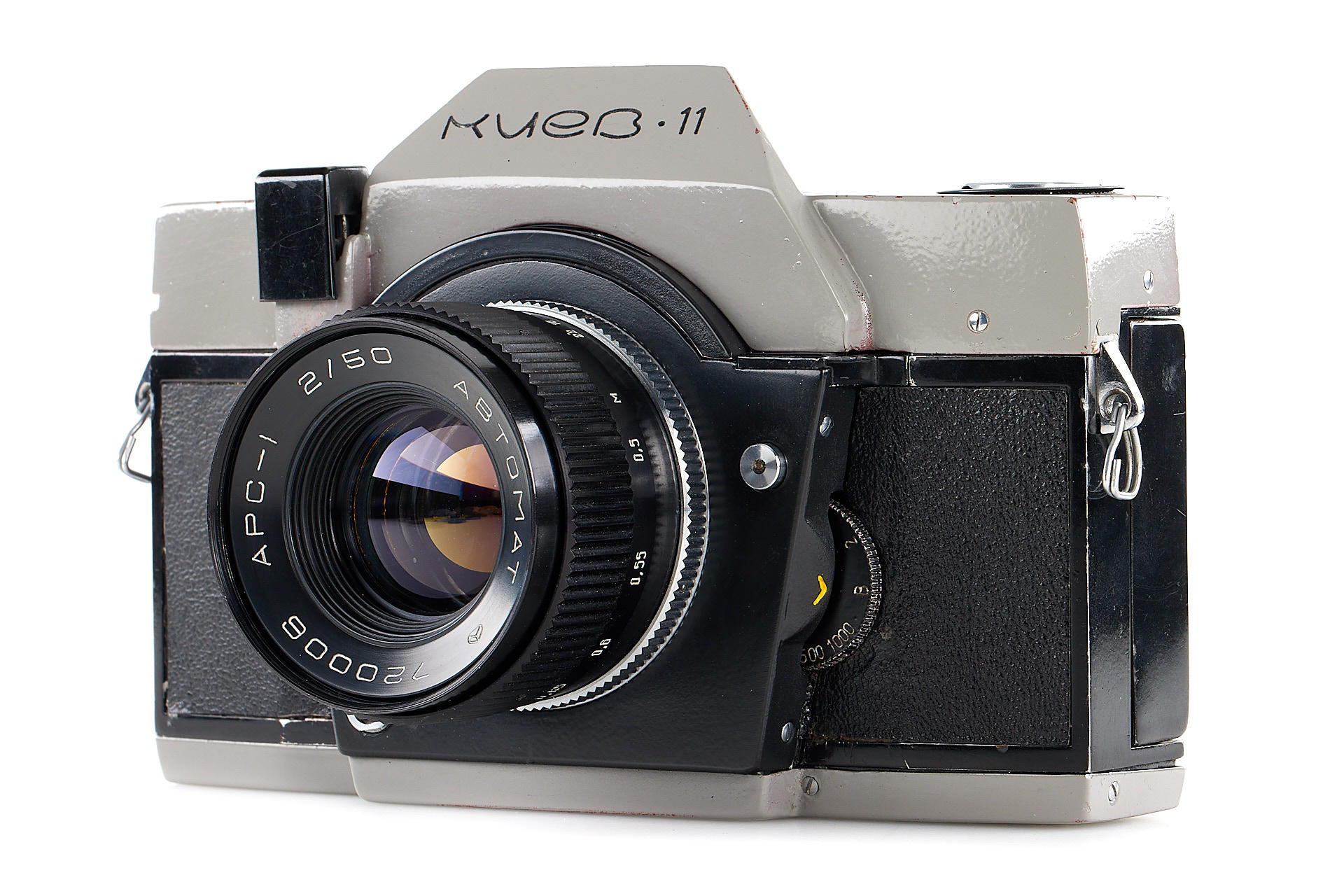 An extremely rare prototype of a lost Soviet SLR camera which never made it into production is being auctioned in Germany next month.

The grey-painted Kiev-11 SLR is being sold in Wetzlar at the Leitz Photographica Auction on 11 June. The camera is being sold along with three prototype lenses, all given the designation ARS – a 20/3.5, a 50/2 and a 135/4.

The Kiev-11 is thought to have influenced the innovative Kiev-10 SLR released in 1965. An entirely new design which was not based on anything from a Western camera producer, the Kiev-10 featured a fan-shaped shutter and a shutter-priority auto-exposure system – one of the first to be found on any SLR camera in the world.

Leitz Photographica says this example – which lacks the large selenium meter panel seen on other Kiev-11 prototypes – “might be the only existing outfit of the Kiev-11”.

Only a few examples of the Kiev-11 are thought to have been made – this, with the serial number 6500005 appears to have been the fifth constructed. The camera shows some interesting differences to what would become the production Kiev-10.  It has the same aperture selection dial (on the left-hand-side of the lens mount, looking at the camera) but also has a similar dial on the right-hand-side of the lens mount to choose shutter speeds. This was moved to a more traditional place on the top plate of the camera when the Kiev-10 went into production.

The Kiev-11 up for sale also shows no sign of a selenium meter window (which powered the Kiev-10’s auto-exposure system) and no sign – at least from the pictures provided by Leitz Photographica – of an automatic setting which would match an aperture to the chosen shutter speed. This is usually found above the narrowest aperture (f22) on the aperture dial. The lack of a battery compartment – which was found on the Kiev-10’s descendant, the 1970s-era Kiev-15 – means this example might have been built without a metering system to test other aspects of the camera’s design.

Visible in the following photo, however, is what looks to be some kind of metering window above the lens mount. It’s a design which did not make it into any production Kiev SLRS.

This intriguing prototype shouldn’t be confused with a short run of other SLRs also called the Kiev-11, which moved the large selenium mater window to the right-hand-side of the camera to avoid reflections from the lens fooling the metering system. A handful of these cameras were built in 1970 but the concept was scrapped in favour of the battery-powered, Contarex Super-esque Kiev-15.