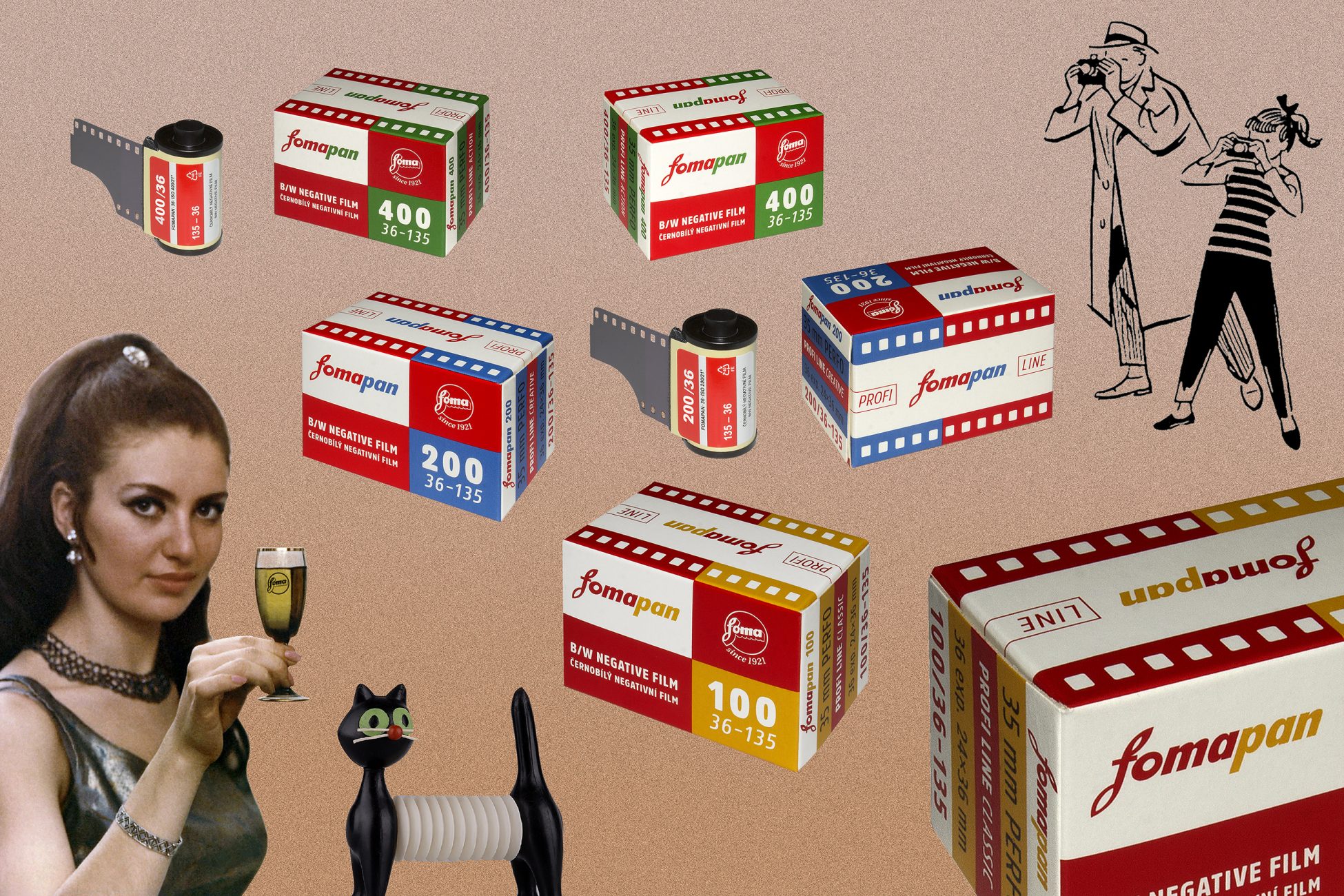 The film maker, which is based in Hradec Kralove in the Czech Republic, revealed anniversary designs for its 120-format Fomapan films back in 2019.

The black-and-white film producer celebrated its 100th anniversary in 2021 but plans to roll the new packaging out last year was delayed by the effects of the coronavirus pandemic.

The 35mm packaging is completely different to that used for the anniversary 120 films, however. The new Retro Edition 35mm packaging features a strong four panel design on two sides, with each of the films having a distinct colour alongside the standard red and white.

It’s not known whether this Retro Edition packaging is something used before or if it is a completely new design.

The anniversary packaging – for Fomapan 100, 200 and 400 – is already in stock at Foma Bohemia in the Czech Republic and is expected to made available to retailers shortly. However, they are a limited edition run, the company said.

“These anniversary films have started to be distributed in January/February 2022 and after their consumption we will continue with supplies of our original packed films again,” a Foma Bohemia spokesperson told Kosmo Foto.

The image above is a new advertising image showing all three of the new packaging designs.

Photographer Daniel Novak, who lives in New York state in the US, posted images on Facebook of a brick of the anniversary Fomapan 400 he brought direct from Foma Bohemia, one of which is included below.

He told Kosmo Foto: “Opening the box was a great surprise. Even though it’s a retro packaging it brought a breath of fresh air and a smile. It’s a happy packaging! And even happier as it was a surprise since their website did not provide any clues.”