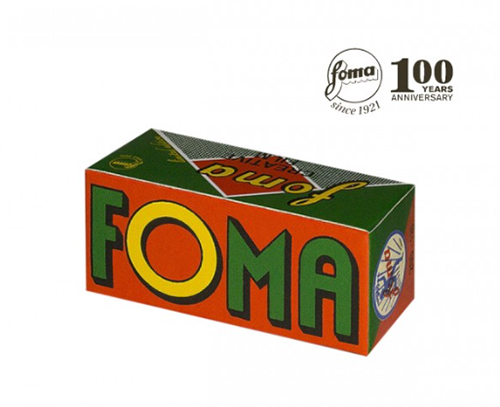 As it prepares to celebrate 100 years of making film, Czech film producer Foma Bohemia has unveiled special retro-flavoured packaging for its 120 rollfilms.

The films were announced by Foma Bohemia in a news post on their site on Wednesday (3 July) and were followed up by film blog EMULSIVE on Friday.

The Foma Bohemia post read: “Dear customers,for the upcoming 100-year anniversary of the founding of the company we have prepared a limited edition of black & white roll films FOMAPAN 100, FOMAPAN 200 and FOMAPAN 400 in beautiful packaging inspired by the design of the original boxes from the 1930s.”

Foma, which was one of the Eastern Bloc’s major producers of black-and-white film during the Cold War, celebrates its 100th anniversary in 2021.

The new films are available for pre-order from German film supplier Maco Direct, and are expected to be in stock from 10 July.

Here are the new packages in more detail:

The new designs aren’t, as yet, being rolled out for the brand’s 35mm films.

As EMULSIVE reports, Foma’s eye-catching new packaging follows in the footsteps of other retro-flavoured films, such as the Russian Sreda films (which Kosmo Foto wrote about earlier this year) and Kosmo Foto’s own Mono film, whose packaging is inspired by Soviet and Eastern European graphic art from the Cold War period.