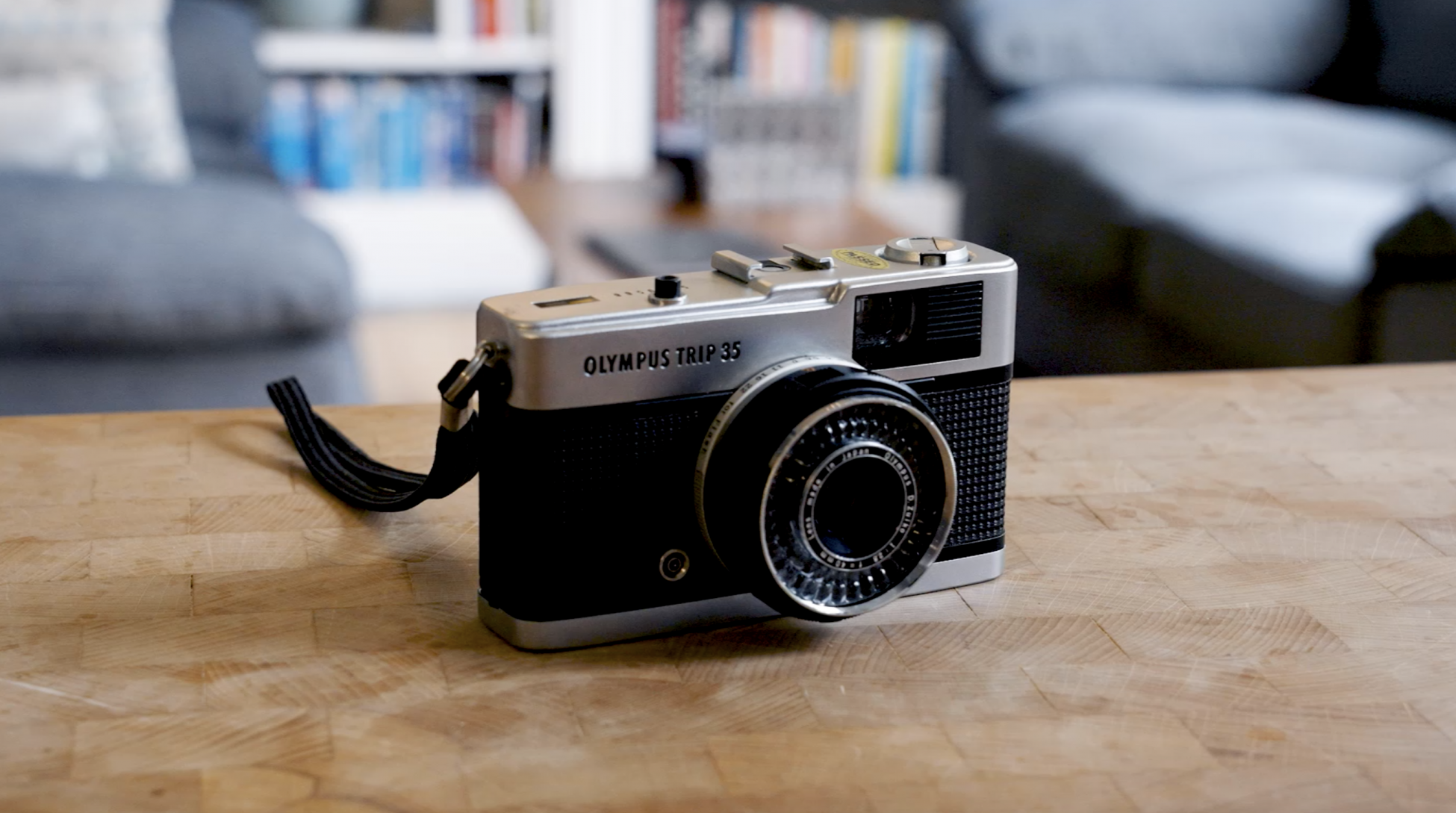 In 1967, Olympus launched one of the most influential and defining cameras of the 20th Century. It was a camera pragmatically designed for a new age of travel and leisure, at home on the beach or in the amusement park.

It would remain in production for nearly 20 years, and as many as 10 million of them would roll off the assembly lines, snapping summer memories from San Diego to Stockholm.

That camera was the Olympus Trip 35.

The Trip 35’s metal-heavy construction allowed it to take dings and dents without fear of failure, and the huge selenium cell array on the front of the lens meant no scrambling around trying to find batteries in climes foreign. The key to its popularity was its simplicity: pop the Trip 35 on ‘A” and you didn’t need to worry about exposure; the camera would choose the right aperture and the right shutter speed to get the job done.

Even the lack of shutter speeds wasn’t really a problem – if the Trip 35’s analogue computer couldn’t calculate an exposure, then the camera would prevent one being taken – hopefully meaning fewer blank frames when the holiday snaps came back from the lab.

The Trip 35 had another secret weapon – the lens. Though it boasts only four elements, the 40/2.8 Zuiko lens is incredibly sharp and contrasty, in a focal-length sweet spot between standard and wide-angle.

In this video, Kosmo Foto looks at one of the definitive Cold War classic cameras, a gem from the jetset age. Should you be packing one in your holiday luggage?