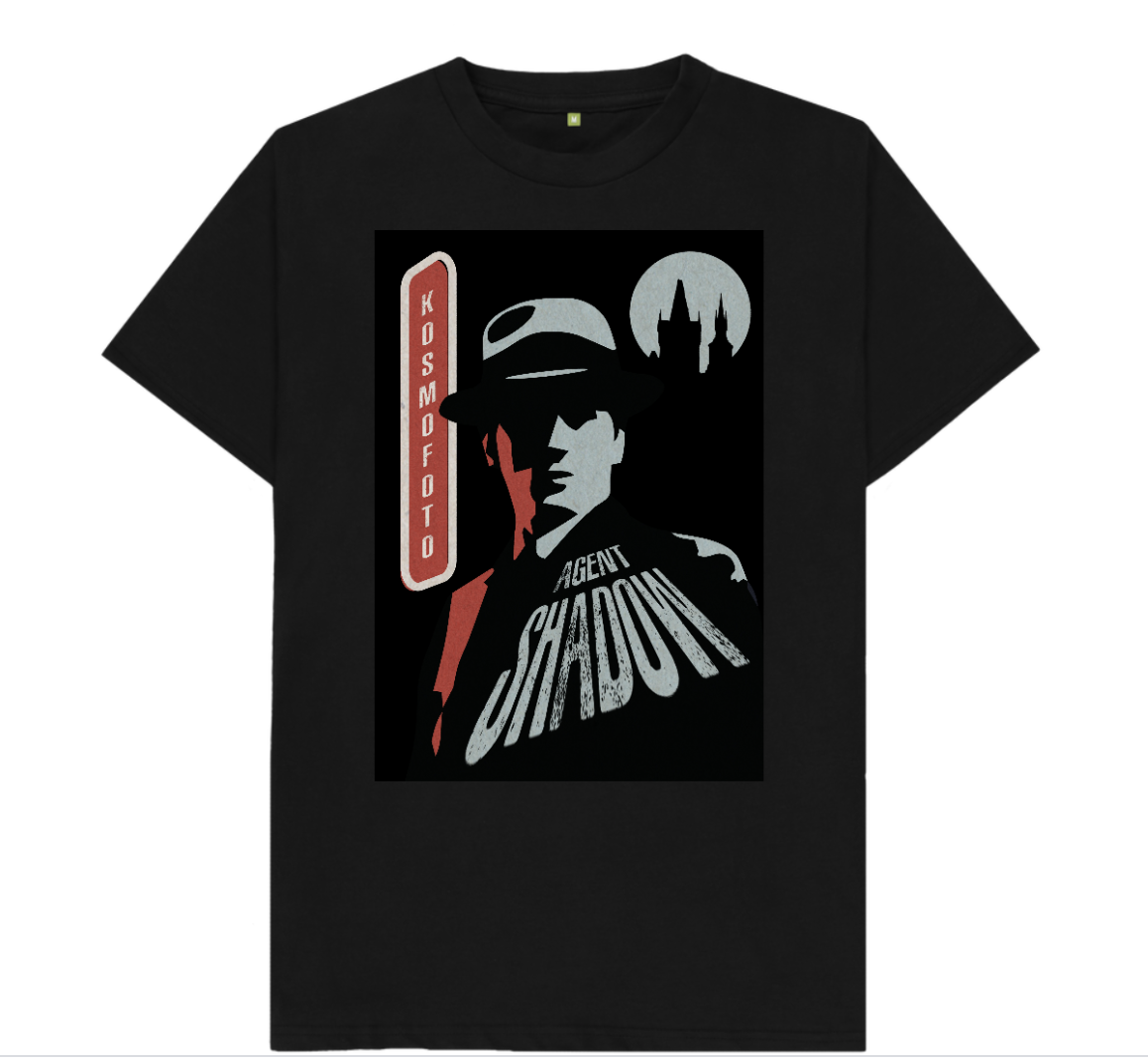 While Kosmo Foto HQ waits for our much-anticipated Agent Shadow film to enter production, we’ve decided to whet your appetite with something special.

Ahead of Kosmo Foto’s appearance as part of the Analogue Spotlight at The Photography Show in Birmingham later this month (18 to 21 September) we’re announcing a new t-shirt design featuring the enigmatic Agent Shadow.

The graphic is based off the cover art for the graphic novella ‘The 36 Frames’, part of the special briefcase box offered in the Kickstarter over the summer. It’s the latest in Kosmo Foto’s t-shirt range based on the fantastic graphic art by My Mate Does Art, who has also created the packaging for Kosmo Foto’s films. This t-shirt is available in what we’ll be calling Agent Shadow Black.

Like the rest of our designs, it is made by UK shirt company Teemill, which printed in the UK using low-waste printing technology in a renewable-energy-powered factory.

The t-shirts are available for pre-order now with an expected shipping date of mid to late October (tbc) and are of course exclusive to the Kosmo Foto Shop.

We’ll have some examples produced in time for Kosmo Foto’s appearance at The Photography Show, so if you’re interested, come and say hi and check them out.