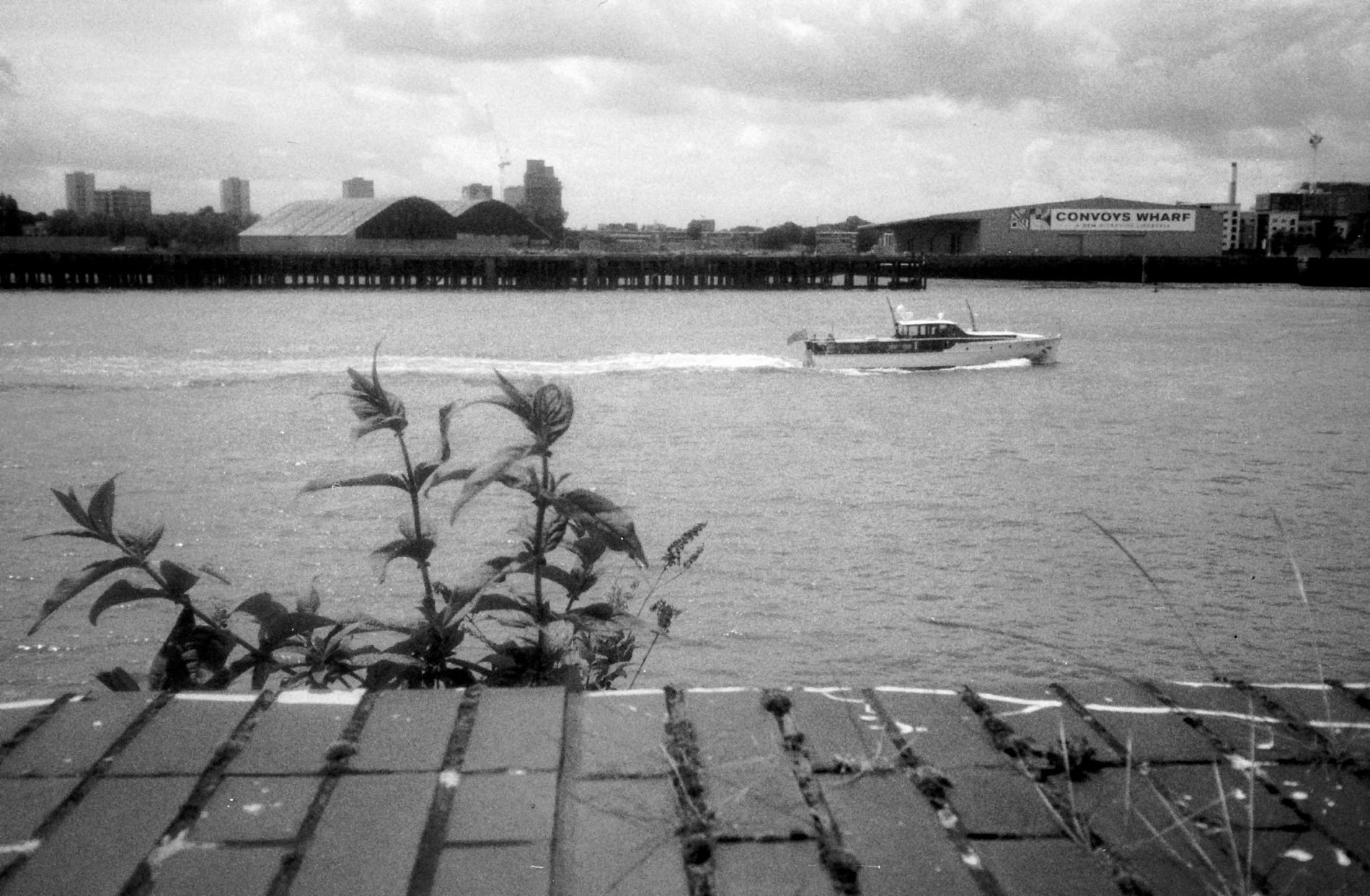 During the Cold War, 35mm was a relative rarity in the People’s Republic of China.

China did make 35mm cameras – starting, as this piece by Russian historian Vladimir Zverev will show, in the 1940s – but they were first, faltering steps. Copying cameras like the Soviet Contax-clone Kiev rangefinder was too tall a task for some decades. Copies of cameras such as the LOMO Smena were a much more manageable task, as were Chinese versions of simple TLRs like the LOMO Lubitel.

Amateur photography didn’t really happen as a mass movement in China until the 1980s, after the country’s strict anti-market communism was relaxed. More people could afford cameras, but these cameras tended to be simple – and often medium format. The plastic fantastic Holga camera was devised, after all, not to part wealthy Western graphic designers from their cash at branches of Urban Outfitters, but as a simple tool to allow Chinese families to document their lives. Big 120 negatives meant photographic studios could just print contact sheets, large enough that prints didn’t need to be made.

It was only in the 1990s that an emerging Chinese middle class started switching to 35mm. Kodak spotted an enormous market and started investing in this market hungry for cameras and film. In 2003, Eastman Kodak (the company that makes all the Kodak film) snapped up a 20% stake in China Lucky Film Corporation, which had been making film for the Chinese markets since the late 1950s.

Kodak ended up pulling out of the deal in 2007, after realising digital was making much faster inroads into China than it had predicted. But Lucky continued to make film – quite a lot of film, as Wikipedia’s list of discontinued emulsions will show you. They made both black-and-white films until the rising tide of digital brought an end to film production in 2012.

That was not the end of the Lucky story, however, with a new and improved version of their SHD 100 black-and-white film being released in 2017. Available until 2019, Lucky New SHD 100 film may be the last emulsion to have been produced by this little-known Chinese giant – unless it’s currently planning to release new films post pandemic.

Neither of these films was ever easy to get here in the UK, unless you were prepared to buy from Asia-based dealers on eBay. At the end of 2018, however, I was sent a surprise roll of SHD New 100 in a wonderful EMULSIVE Secret Santa haul from Ais Chiahuock who helps run Film Folk in the Philippines. Sometime later in 2019 – before the pandemic hit – I loaded it into a camera for a quick overcast-day stroll around Greenwich in south London and Canary Wharf.

The camera I chose sadly wasn’t China-made, but it was the kind of camera that members of China’s burgeoning middle class might have snapped up in Macau or Hong Kong in the 1980s and 90s. The Pentax Pino 35E is one of a range of cameras produced by Pentax in the 1980s and 1990s, a focus-free model with a fixed shutter speed (1/125) but apertures from f/3.8 to f/19, meaning much more flexibility than most cheap compacts from the period. No plastic lens here – the Pino 35E has a glass Triplet lens. And the E clearly stands for “electronic”, which means the camera’s electronic metering system will choose the right aperture to match the shutter speed. It’s about as cheap and cheerful a camera you can get that still has automatic exposure.

The Pino 35E was bought at The Photography Show in Birmingham in 2019, from the Disabled Photographers stall of used equipment; it cost me £5. This is not a camera that’s going to crest a cult wave like the Contax T2, but I felt something on the budget end of the spectrum might suit the Lucky film, given the reputation it’s earned in some quarters. Scan forums and reviews and you’ll see plenty of comments about SHD 100’s low contrast and the milky glow surrounding highlights (halation). This is because the films don’t have the same anti-halation layer as other films, which means it’s less effective at preventing light being reflected back from the film base. The “New” version was said to have improved the anti-halation properties, but was still lacking compared to films from Kodak or Ilford.

I have plenty of contrasty black-and-white films in the fridge, and I’m not averse to the “load, shoot and see” approach, so it wasn’t a worry for me. But it’s always good to know these things before you load the film in the camera.

Greenwich Old Town (a Unesco heritage site) was being graced by the presence of a cruise ship the day I shot the film, dwarfing both the Georgian buildings and the tea clipper Cutty Sark which is a world-renowned landmark.

As you can see the film does indeed have that slight milky look that some would call “dreamy” and others “dreary”. Added to it is pronounced grain, certainly a lot more than you might reasonably expect in a modern 100-ISO film. The day I shot this roll was a mix of overcast and bright, and the resulting images sometimes look like they’ve been shot on an ISO 400 film. Contrast is minimal – the pics you see here were converted in Negative Lab Pro and with further tweaking of levels in Photoshop, so the images out of the scanner were a lot less contrasty.

The results won’t, of course, be to everyone’s taste, but in the right conditions and with the right (read cheap) camera, I’d be tempted to use this film again, though it’s not something to pack for a once-in-a-lifetime trip.

Worth noting, too, that this film is an archivist’s nightmare. It curls so much that it has basically ruined the negative sleeve it’s been kept in since I had it developed, and that’s after being kept in a binder box with a good 100 pages. Bear this in mind if your scanning routine involves a film holder and a DSLR.

I miss this film. I shot my last roll of this back in 2016 and couldn’t find anymore since then.

i have a fairly modest film collection, if you need film i could let you have some, with sale price and postage and packing, where about do you live, are you in the uk