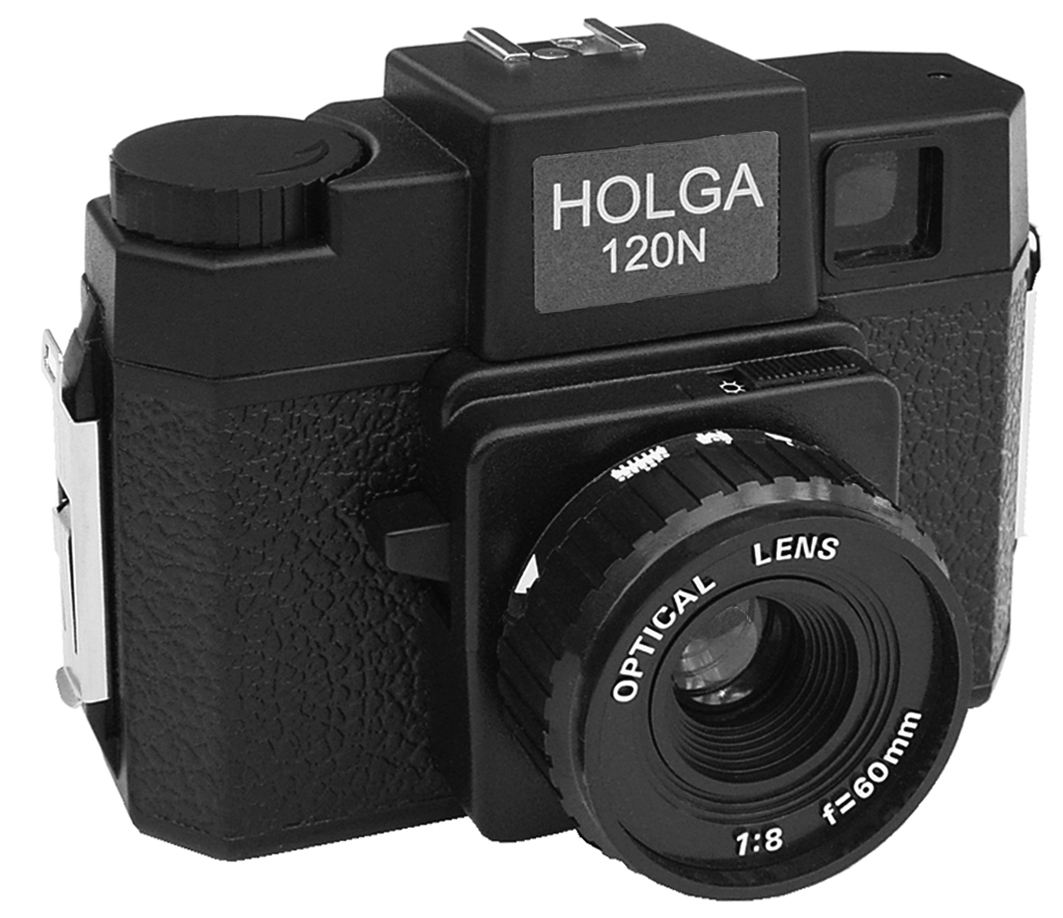 It’s plastic, flimsy and can be a right royal pain to load. Even if you manage to get your film inserted and wound on correctly, the back can suddenly open with no warning. If you guard against that with strips of masking tape, the shoddy construction can bleed light onto your precious film from a dozen different directions.

And even if none of that happened, the pictures you did get might look like they’ve been taken through the bottom of a pint glass.

Get results like that from most cameras, and you’d have taken them back to the camera shop and immediately demanded a refund. But these were all part of the Holga’s charms.

This week, the makers of the Holga announced this plastic fantastic was no more – the end of 34 years of production for a camera whose influence runs a lot deeper than you might think.

The Holga is one of a handful of ‘toy cameras’ that kickstarted a lo-fi photography craze through the 1990s and 2000s. Designed in Hong Kong in 1981, the Holga was designed to provide low-earning Chinese families with cheap camera that could take portraits and snapshots in sunny weather; it was, in a way, a Communist Brownie 80 years after Kodak created the world’s first truly portable camera.

The Holga used 120 rollfilm, a format that had been standard for many cheap, affordable cameras through the 20th Century. But 35mm film, which had previously been hard to get hold of in Communist China, was about to become a massive craze, as Freestyle Photo noted in their history of the Holga. The humble Holga suddenly seemed surplus to requirements.

The Holga’s makers decided to try and market the camera as an inexpensive novelty to Western markets – a first camera, something to be handed out in funfairs, or branded and given as gifts. Holgas were sold under a myriad different names all over the world. Just like the Brownie, the Holga was a camera reduced to bare-bones simplicity. It boasted, as LOMOgraphy, put it “only the bare necessities for photo mechanisms and provided a cheap and accessible alternative for students and enthusiasts to dip their toes into the otherwise expensive world of medium format photography”.

The Holga began a new life championed by photographers and artists who appreciated its limitations and drawbacks, creating images that made a virtue of overlapping frames, light leaks and severe, tunnel-vision vignetting.

And these accidental attributes are more comprehensive than the camera’s  technical specifications. It boasts only two shutter speeds; 1/125 or 1/100 depending on the model, and ‘B’ (or bulb). The lens – a plastic meniscus lens with a nominal focal length of 60mm and a simple zone system for focusing – was incredibly soft, rendering sharpness only in the very centre of the frame.

Want a Holga? Find one now on eBay

There were two apertures to choose from – f/11 for ‘sunny’ and f/8 for ‘cloudy’. And that’s about it. Initially, the camera was supposed to shoot in the 6 x 4.5 format, with a mask reducing the frame size so that the extreme vignetting was less noticeable; but many photographers who used the camera were drawn to the vignetting, and shot without the mask. The ‘classic’ Holga shot is a square format 6×6 image, with the corners reduced to deep darkness. It’s a distinctive look which has proven to be very influential.

The toy camera scene underwent a revolution in the 1990s, partly thanks to the internet. The arrival of the LOMOgraphy movement in the early 1990s celebrated the idiosyncracies of cameras like the Holga, and allowed its makers to sell to photographers all over the world. And even if there wasn’t a camera store near you, auction sites like eBay meant a Holga was only a few clicks away.

Holgas became like a big, simple cousin of the LOMO LC-A, and a gateway to medium format photography for many; yes, the quality wasn’t anything like buying a secondhand Bronica or Hasselblad, but a Holga could often be picked up for little more than the cost of a roll of film.

As digital photography took hold, you might have expected the Holga’s influence to die. It didn’t. As Sam Byford pointed out in an excellent post on The Verge this week, the classic Holga square format shot gained a new life on our phones. A decade ago, cellphone photography was in its infancy – the screens on our phones were small and relatively low-resolution, and the cameras built into the handsets were nowhere near as capable as those we use today.

The deficiencies in mobile phones, it can be argued, helped fuel the lo-fi digital photography craze. The kind of light leaks, vignetting, cross-processing saturation and dreamy focus fall-off that were the hallmarks of Holga photos were suddenly available at the click of a button through apps like Hipstamatic and, much more importantly, Instagram.

That billion-dollar photography app-turned-social-network owes at least a little of its DNA to a cheap and cheerful plastic camera you might expect to be given for knocking a coconut over a fairground stall. The Holga’s makers must have been slightly bemused.

The Holga changed shape, size and film format since the 1980s; the classic squat-and-square 6×6 remained, but it was joined by a plethora of different designs. There were more robust version of the classic (such as the Holga 120N), a 120 model pimped with a real glass lens (the Holga 120GN), a twin-lens basic TLR (Holga 120TLR) and even a stereo camera (the Holga 120-3d). The basic Holga design even made the jump to 35mm – the format that had killed off the Holga’s influence in China all those years ago – and the miniature 110 format.

Holgas have been partly responsible for film’s burgeoning renaissance , but this hasn’t helped them survive. A lot of film photographers move from the Holga to more capable and robust cameras, leaving the light leaks and fuzzy focusing behind (there’s an app for that now, remember). A lot of Holgas, of course, don’t survive more than a handful of rolls, but then they were never designed to solider on and be handed down to grandchildren. In many ways, Holgas are a step up from the disposable cameras we used to take to the beach; when (not if) they break, they were cheap enough to chuck away and replace with a new model.

The Holga’s legacy will live on, even if the cameras are no longer on the shelves. Its cousin, the equally lo-fi Diana, is still in production, thanks to LOMOgraphy, and available in a huge range of limited-edition models. The next time you apply a streak of light-leak style colours to a pic on your phone, remember whose footsteps you’re following.

Very sad news… The photos from Liana Joyce show that it is possible to make art with a Holga. I have one and most of my favorite images of the last year have been made with it. People might consider this is a toy for hipsters… Wrong, you can make serious projects with the Holga, as John Stanmeyer proved with this project in Bali http://lens.blogs.nytimes.com/2010/09/16/high-balinese-ritual-low-holga-technology/?_r=0

Sad news indeed. Holga first caught my interest when I saw Michael Kenna’s interview. I have seen impressive photos taken with it too. I better get one now while they are still available in the market.

I fell in love with them in the late 90s; in fact I had two (one modified for time exposure). I recently purchased one and started to use it. Sad to see them go.

I love the Holga – sad to see it go. Luckily I still have one… for now.

[…] Foto has a couple of good articles, a review in The enduring cult of the Holga and user view of another travelling Holga in Istanbul on a […]