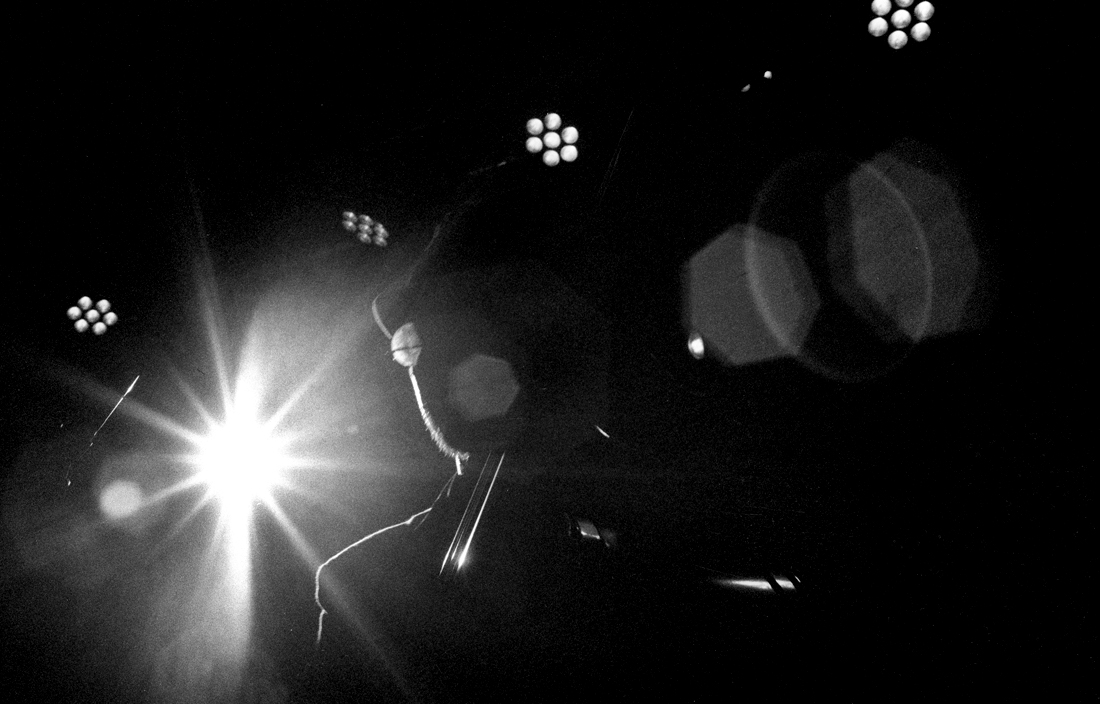 Normally my year begins with winter and ends with winter. As this year draws to a close, however, I’m in New Zealand, skin glowing from a few days in the harsh Kiwi sun. Thinking back to the beginning of the year, and the biting London winter, takes some imagination.

I began 2015 like I’ve done most over the past decade – vowing to take more photos, try new techniques, and travel to places I’ve never seen before.

This year, I visited Malta for the first time, held my first London exhibition, wandered around the streets of Arles in southern France, explored Spain’s beautiful city of Seville and returned to Istanbul, my favourite photographic location, always with plenty of film at hand.

So here are some of the highlights of my year taking photos.

Paris. In March, I held my first photography exhibition in Paris. It was the second showing of my Soundcheck Sessions project, which has come from shooting bands at soundcheck on black and white film for the last 10 years. A bunch of friends came over for the opening from London, and I popped my old Zenit E and my Cosina CX-1 compact for the trip aswell. There wasn’t a hell of a lot of time to shoot the sights, but even just lounging in a bar can sometimes be enough.

Malta. I’ve wanted to go to Malta ever since I was a kid, reading about story of the tiny island’s siege during World War II, pounded by the Luftwaffe and almost starved into submission. The vestiges of this epic struggle are just the tip of the iceberg – Malta has been fought over by empires stretching back to the days of Christ. As a photographic destination, it didn’t disappoint. Valletta is an incredibly photogenic city, a grand harbour flanked by imposing city walls, and streets filled with rusting old antique signs. Marsaxlokk’s fish market was a photographer’s dream, its tables packed with fish of every shape and size, from anchovies to swordfish, to tubs of octopuses slithering in a few inches of water. And Mdina, with its silent medieval streets, is almost impossibly evocative. It’s not the last time I’ll visit.

Arles. Every summer, the southern French town of Arles hosts the Rencentre d’Arles, a photography festival which features dozens of exhibitions held in venues ranging from cafes to churches to the city hall. It’s rightly regarded as a must-visit event for any fan of photograph, and I was glad to finally visit it. The town itself is an appealing Provencal backwater, famed for being a backdrop to some of Vincent Van Gogh’s most famous works (including the café at nightime), and the perfect place to hold such a festival. The centre is built around a Roman-era amphitheatre which now plays host to bullfighting – though this is the Camargue bullfights where the aim of the game is to pull paper off the horns of the bull rather than do it any harm.

Istanbul. October saw me back in Istanbul for the sixth time. If I could go anywhere for the weekend with a camera bag and a dozen rolls of film, this would be the place. Like New York, Istanbul is a city where the locals live their lives on the streets – and there are a lot of locals, the city boasting a population of some 18 million. The backdrop is one of the most inspiring on the planet, the spires of mosques bristling across the skyline. This trip, I ventured further up the Bosphorus than I had on previous visits, finding a cluster of old fishing villages now part of Istanbul’s urban sprawl that will need some more serious exploring next time. That’s the thing with Istanbul – every time I come here I leave looking forward to my return.

Seville. When I’ve asked friends what their favourite cities are, Seville keeps popping up close to the top of the list. I can see why. I came here for a long weekend in November, when the summer had long since left London; Seville was still basking in golden sunshine and highs of 27C. Seville’s a fantastic place to explore, the old city a warren of streets hinting in places at its Moorish past, and a tapas bar never more than a few doors away. Sevillanos pride themselves on their food, and while other Spaniards might not like to admit it, the city is reputed to have Spain’s best. One of the oldest, El Rinconcillo, has been serving for hundreds of years. It’s worth a visit just to gawp at the massed ranks of bottles lining the back of the bar.

Cameras. Shooting on different cameras and seeing the results with different films – some of it long-discontinued stock bought off eBay – is a good way to keep firing the creativity. The mixes and matches between films, cameras and lenses adds up to almost limitless possibilities. And I don’t collect film cameras just to have them sitting on a shelf. They were built to be used.

My discovery this years was LOMOgraphy’s fantastic LOMO LC-A 120. I’ve been shooting on a LOMO LC-A since 2000, and love the characteristic LOMO look – saturated colours, wide-angle drama and that amazing contrast. The LC-A 120 gives that LOMO aesthetic an even bigger canvas to work on. I was lent one for a few weeks and took it on a wintry trip to Brighton at the tail end of last year and was absolutely hooked. I borrowed it again for trips to Malta, Istanbul and Seville and have it with my on a five-week stay in my native New Zealand. I can’t wait to see the results when I’m back in London.

The grandfather of the whole LOMOgraphy movement was the Cosina CX-1, a simple zone-focus camera that proved the inspiration for Leningrad’s most famous camera. I’d been wanting to find a working example of its follow-on, the CX-2, for years, but managed to get a CX-1, rebadged for the German market as a Porst 135 C Auto, last year. The little Cosina saw a lot of action over 2015, small enough to stick in a pocket or in the work bag, and boasting many of the same attributes as its Soviet knock-off. This is a keeper.

I collect Soviet cameras, and one of my favourites is the Fed 50, a chunky compact range-focus camera not unlike an Olympus Trip 35. I’d taken one on a few trips here and there, but never really shot consistently on it. Finding a fully working, cheap example on eBay I took it with me on most of my trips this year. The funky, clunky Fed is built like a brick outhouse but the lens is a cracker, razor sharp when stopped down. You can get one for a fraction of the price of a Trip.

And in 2016? There’s a bunch more cameras to put through their paces, and a handful of other places on the travel bucket list I’d like to tick off. Rome? Vienna? Athens? Albania? Sri Lanka? Tasmania? Check in this time next year…

Wonderful year wrap-up. I really enjoy your work and can’t wait to see next year’s “adventures”.
Have a good year with lots of film in the bag 🙂