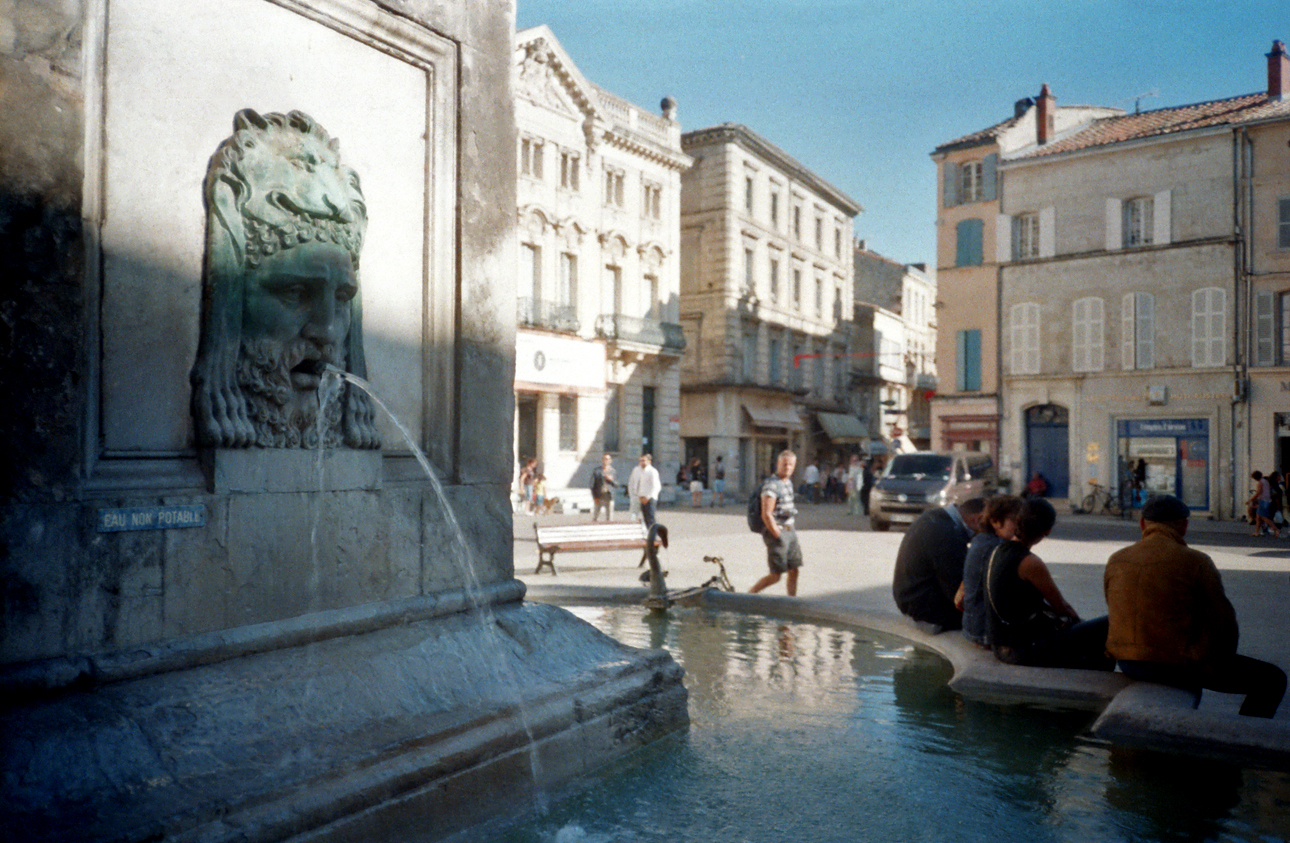 Arles is a city of some 50,000 people in Provence, southern France. It lies between Avignon and the Mediterranean Sea, a city that draws most of its visitors thanks to its deep connection with the work of Impressionist painter Vincent Van Gogh.

In addition, it holds one of Europe’s most prestigious photography festivals, Rencontre d’Arles, a celebration of photography old of new, which spreads itself into venues large and small across the city.

It’s also one damn fine city to wander with a camera.

I visited towards the tail end of the festival last year (it runs from mid-July to mid-September every year), spending my days tramping through Arles’ compact Old Town centre, which radiates from the Roman-era arena, and ticking off exhibition after exhibition.

Of course I bought a few cameras along with me, and one stuffed safely in the camera bag was my Olympus XA, a cracking little camera I’ve not shot enough with over the last few years. The XA is an incredibly good camera, aswell as being a marvel of miniaturisation. A snazzy little compact rangefinder, it’s small enough to carry with you in a jacket pocket but takes bitingly sharp pictures. It’s not by accident that this camera is a favourite with street photographers.

I’d not used my XA for a couple of years, and my trip to Arles seemed like the perfect opportunity to get reacquainted with it.

Saturday morning sees a massive market in central Arles; local farmers and producers descend upon the city with everything from honey to pate, fruit to sausages, wine to olive oil. For a morning and afternoon it becomes the busiest place in town, as shoppers stock up for the week ahead.

Markets are a street photographer’s dream. You get a multitude of people at close quarters – people of every size and shape and mood. A market is the best way to discover the strange and different things of a place you’ve never visited before – you’re more likely to see the differences in what people eat in a market than you are a convenience store.

I managed to rattle off a roll traipsing around the market, an old roll of Kodak Pro Foto 100 bought off eBay. The XA’s shutter is so quiet that it’s almost impossible to hear a few feet away – another plus point if you’re wanting to take street candids.

The market finished, I snapped another roll around the city square. Arles might not draw quite the same crowds as Nice or the Cote d’Azur, but it’s a fantastically photogenic corner of Provence.