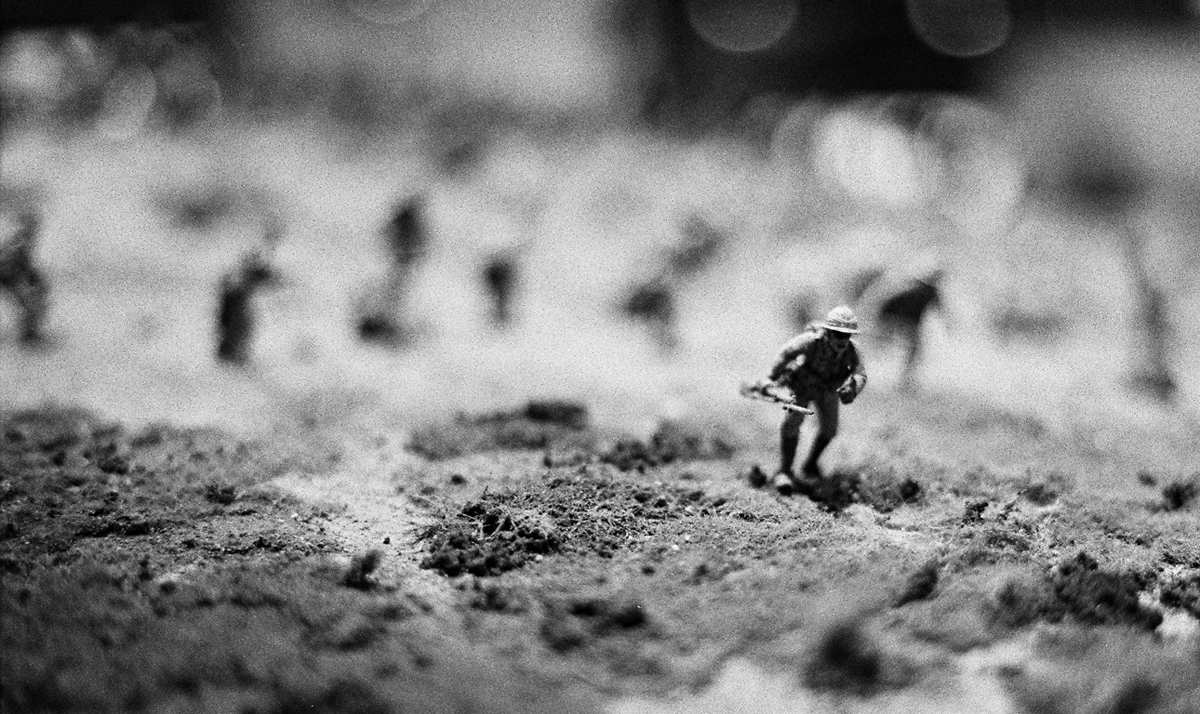 As a kid I loved wargaming. I would spend countless hours creating carpet-level battlefields, a stretched-out general recreating skirmishes and firefights with companies of inch-high plastic soldiers.

Most military museums across the world will have some kind of display recreating a battlefield of the past, dioramas modelled with amazing accuracy and technical skill.

But I’ve never seen one quite as ambitious as one earlier this month, back in my hometown of Wellington, New Zealand. The centrepiece of the Dominion Museum’s Great War Exhibition is an incredible diorama recreating one of the most bloody battles in the Gallipoli Campaign of 1915.

Gallipoli still holds an important place in the history of both New Zealand and Australia; troops from the two former colonies were the first to land on the Gallipoli coastline, in a doomed effort to knock the Ottoman Empire out of the war and relieve pressure on Tsarist Russia.

Last year marked 100 years since the landings on 25 April (still the date of Australia and New Zealand’s day of remembrance), and Wellington’s Dominion Museum unveiled an epic recreation of one of he campaign’s most important battles.

The diorama is a snapshot of the battle for Chunuk Bair, where Ottoman and New Zealand troops fought for a strategically vital summit over three days in August 1915. The diorama, which measures more than 100 square metres, was built with the help of ‘Lord of the Rings’ director and Wellington local Sir Peter Jackson. There are more than 5,000 soldiers on this 1/32 scale battlefield, each of them made especially for the project, and hand-painted by more than 140 volunteers. The scale is incredible – it is like you are flying a few hundred feet above the battlefield, taking in the enormous loss and suffering in one awful panorama.

Visiting a few weeks ago, during a momentary rainy snap amid Wellington’s sunny summer, I managed to rattle off a roll of Ilford HP5 on a Pentax ES II. The lighting was low enough that I needed to rate the film at 3200, still shooting wide open on an SMC Takumar 55/1.8, but that extra grain and shallow depth of field have added an almost vintage look. A couple of them almost look like the kind of images that could have been made by battlefield photographers, risking a stray bullet to capture the chaos and confusion.

If you find yourself with a few hours to kill in Wellington, and you’re a fan of history – or spent long hours fighting battles on the carpet yourself – don’t miss the display. It’s free to enter, and utterly spellbinding.

Thanks too, to Wellington Photographic Supplies, who did a brilliant job processing the film.

It’ s like a vision of gods of Olympus.

The shallow depth of field and the somewhat swirly bokeh give the impression of motion. The black and white and heavy grain really create that vintage look which works very nice for these war scenes. Great images.