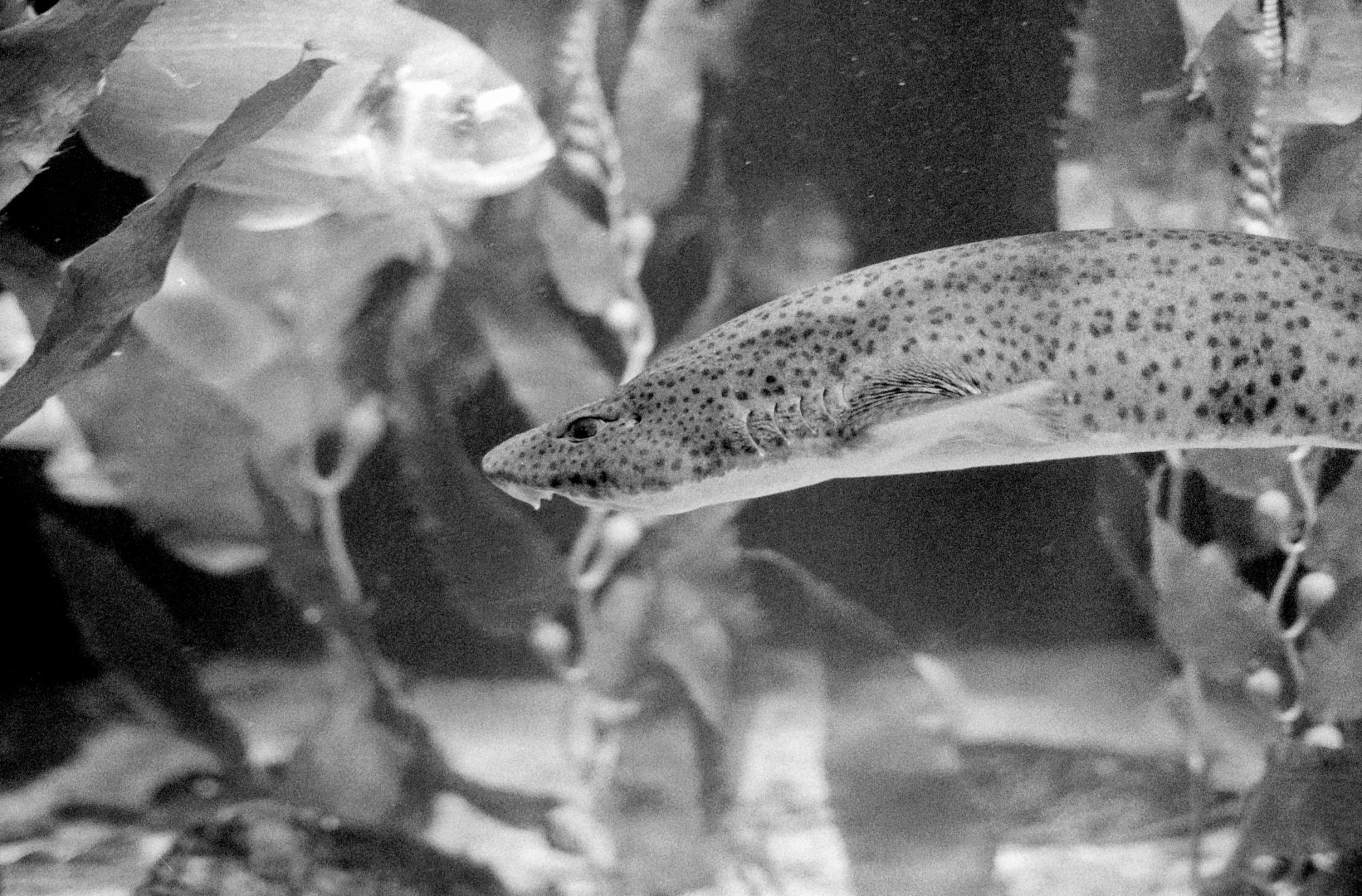 Agent Shadow sleeping with the fishes? Not yet. But he has shot them.

A few weeks after the Agent Shadow Kickstarter went live, I found myself in the Sea Life Centre in Balloch, Scotland. Balloch is on the shores of Loch LOMOnd, the largest freshwater loch in all of Scotland. Fresh water it may be, but here in this corner of bonnie Scotland, there are tropical sharks.

The Sea Life Aquarium at Balloch is one of 50-odd Sea Life Centres dotted around the world, each of them with tanks brimming with creatures from the briny deep. As the makers of Shark Week will no doubt tell you, the ones that draw the most visitors are the sharks

When I was a kid I was obsessed with sharks in a way most others are obsessed with dinosaurs. Growing up in rural New Zealand, hundreds of kilometres from the nearest shark-equipped aquarium, encounters with sharks were school holiday highlights. To this day, if there’s an aquarium in a city I visit, it’s hard to resist the temptation.

Aquarium tanks are gloomy and the Perspex panes and tunnels would make shooting with flash an issue – if you were allowed (the fish don’t like it). It’s often too dark for 400-ISO film, so higher-speed emulsions are the answer. This was a perfect mission for Agent Shadow, set to ISO 3200.

I shot the following pics on a Contax Aria, a manual-focus 35mm SLR made by Kyocera in the late 1990s; it’s one of the most highly regarded 35mm SLRs ever made, with a shutter speed of up to 1/4000 and matrix metering. It’s about as sophisticated as a 35mm SLR got minus autofocus.

Grainy black-and-white film suits aquariums; the creatures look like something half-remembered from an old film or a nightmare – in the early days of underwater exploration, colour films couldn’t deal with the murky light as well. 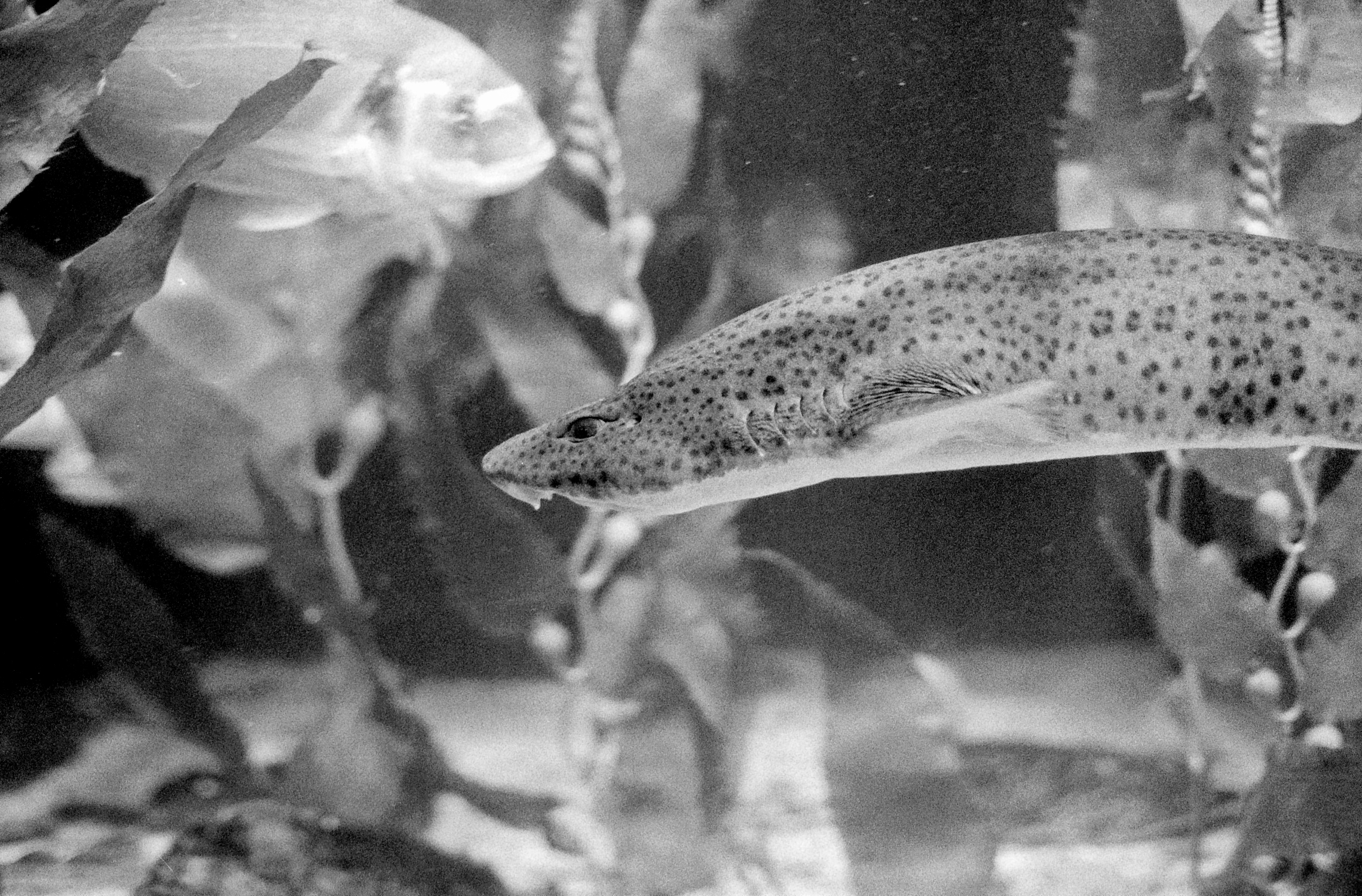 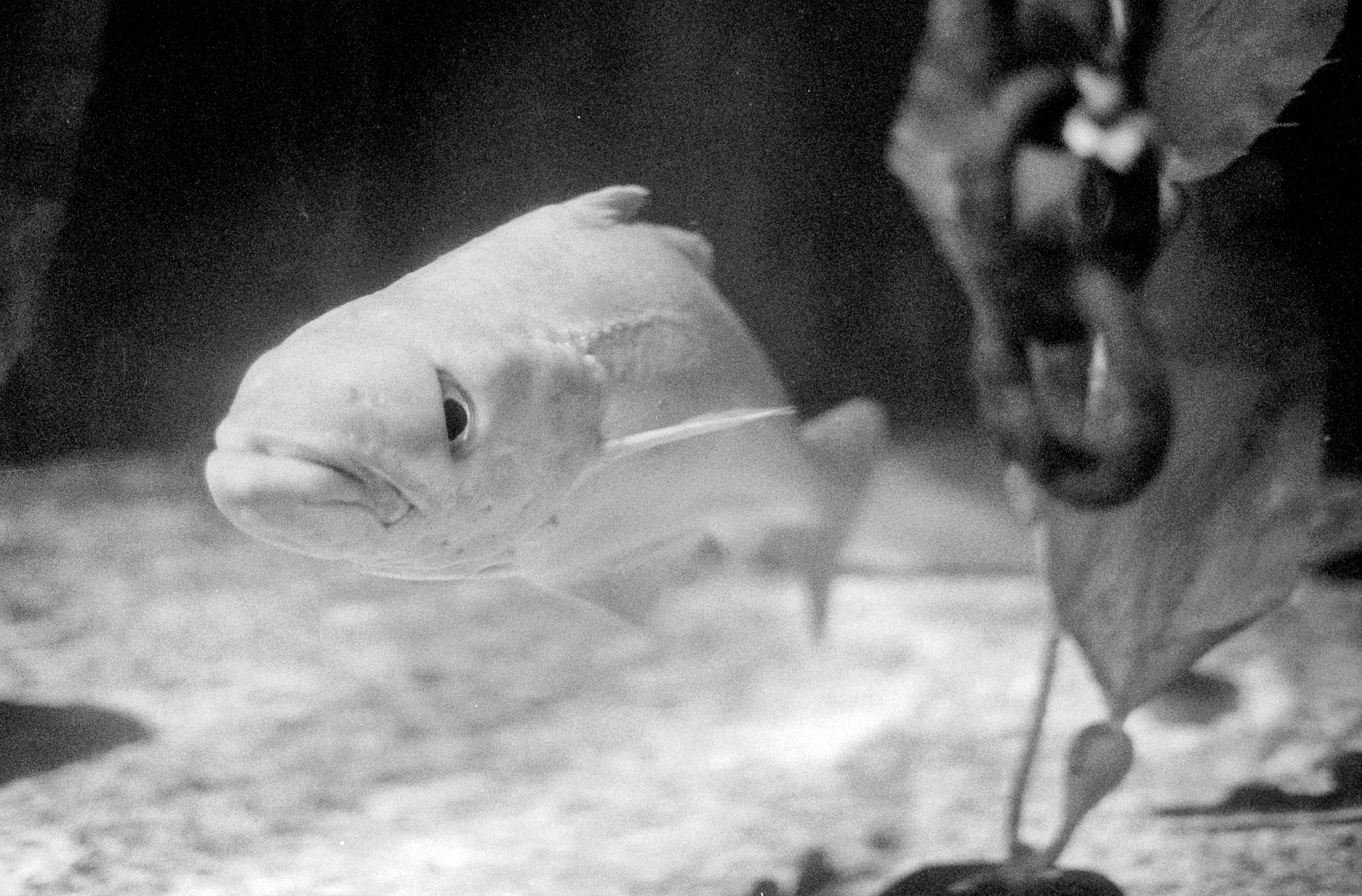 Agent Shadow managed to keep both detail and texture amid the gloom and the distorted light. When the next aquarium visit beckons, he’ll be embarking on another underwater mission… 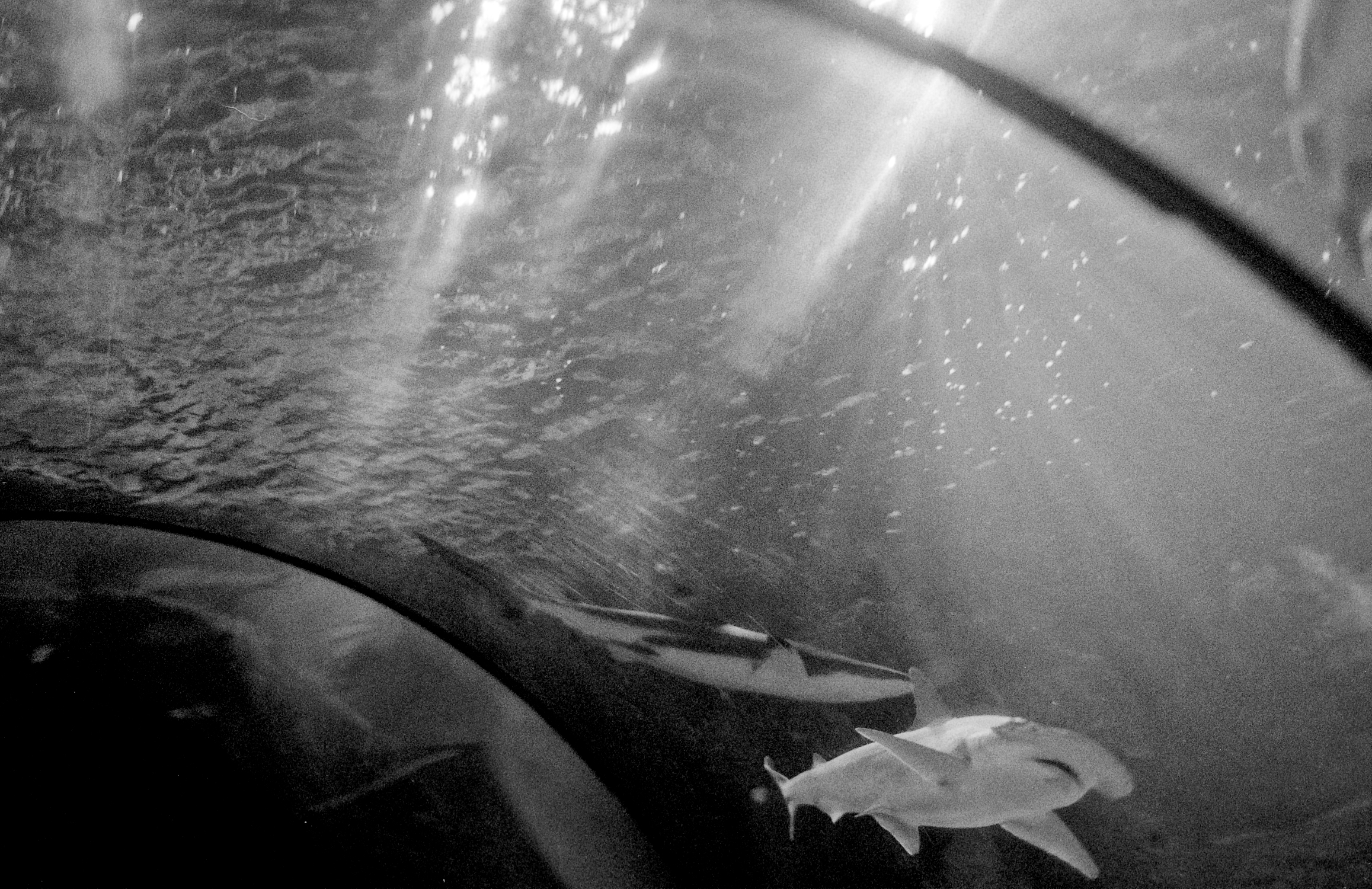 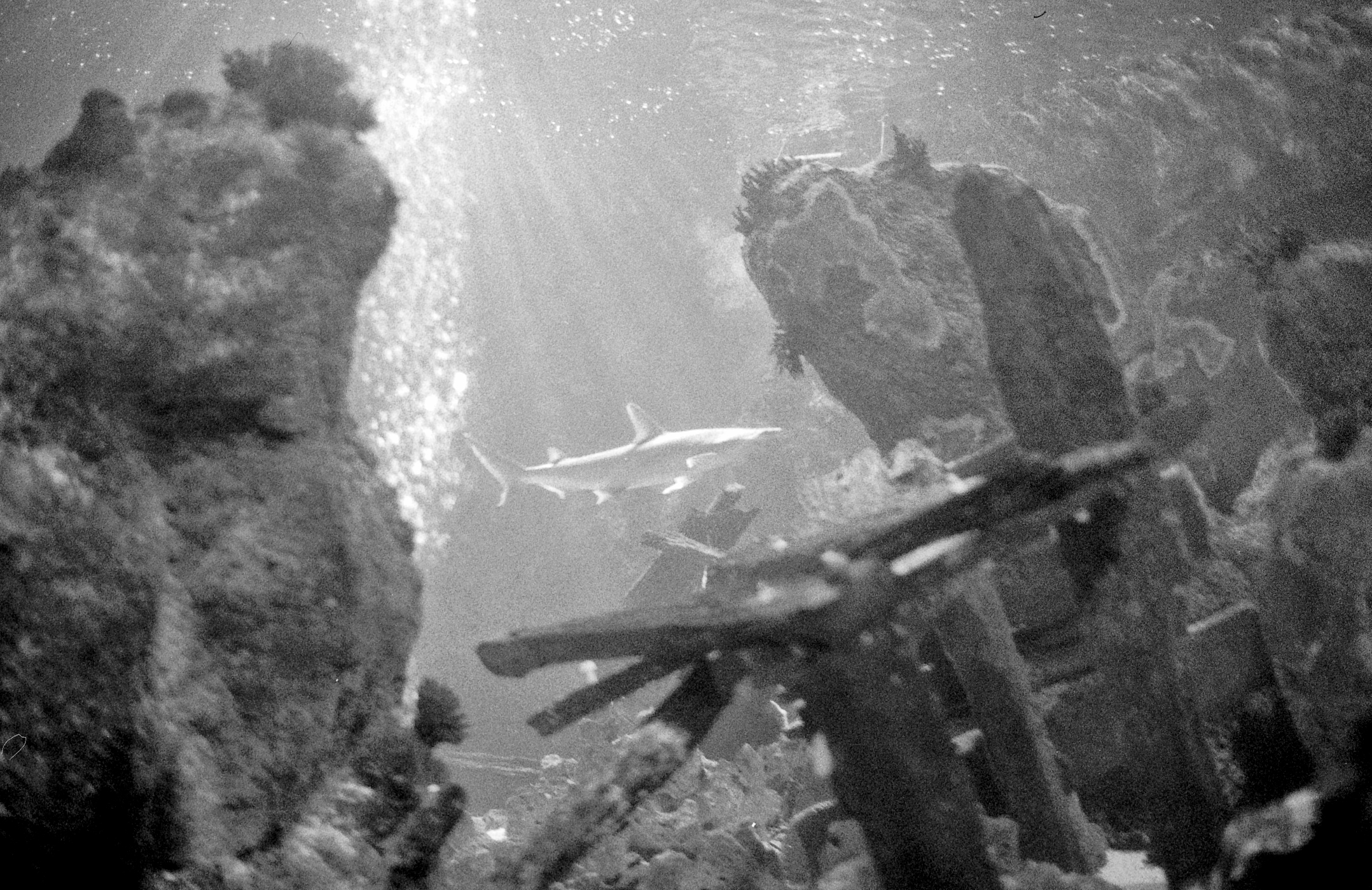