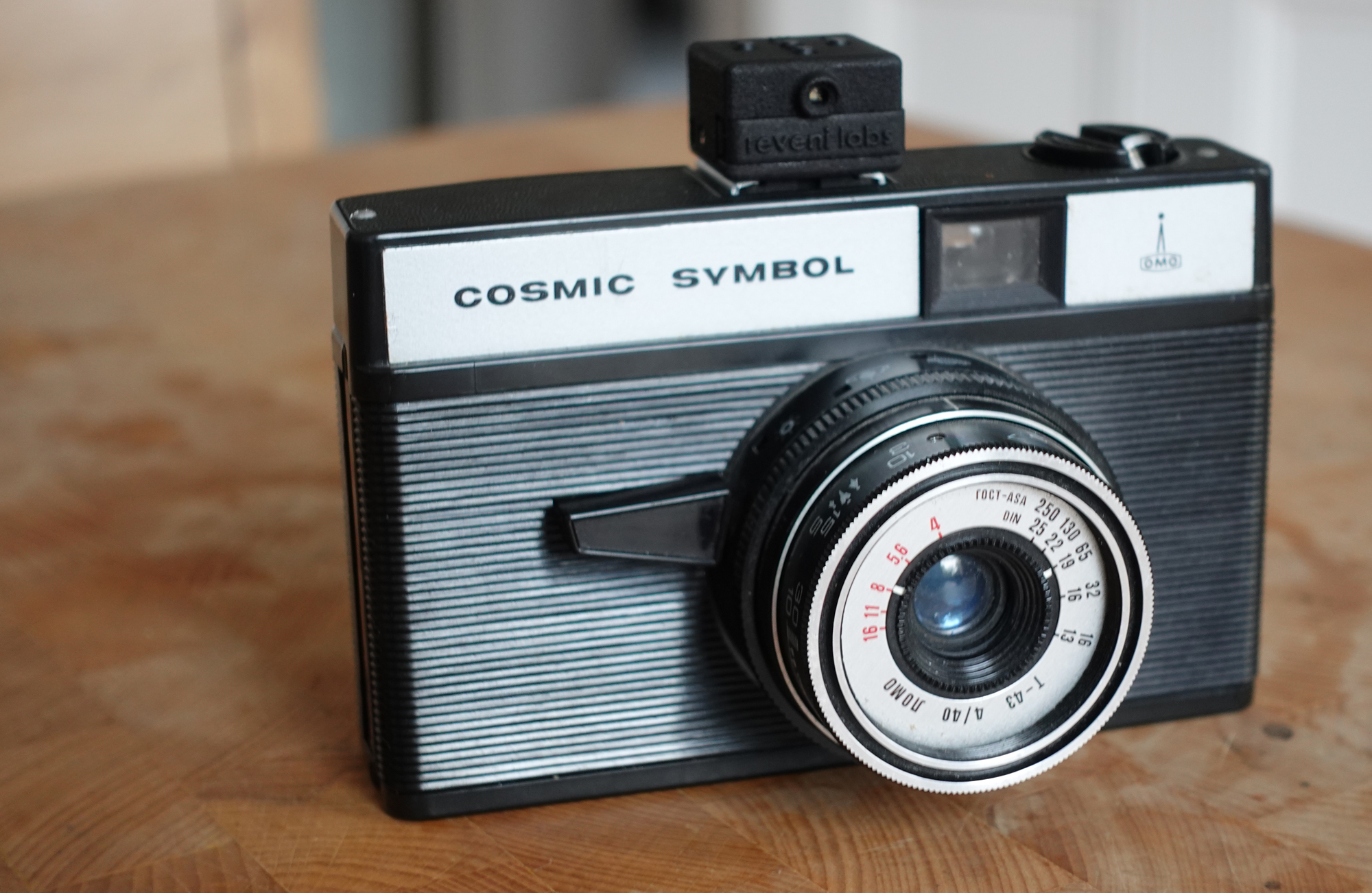 In February last year – just as the world was starting to come to terms with the possibility of a global pandemic – a young Canadian inventor called Matt Bechberger announced a new hot shoe light meter about to fund on Kickstarter.

Hot shoe light meters used to be a common accessory, especially in the decades after World War II. Few cameras then had meters, and the Sunny 16 rule became harder to work out when lighting conditions became more challenging, or if you were using less common film speeds. Some of the meters made for cameras such as the Leica M3, early Nikon Fs or pre-Spotmatic Pentax SLRS were beautifully designed and have since become highly collectable (whether they still work or not).

In recent years, however, the hot shoe meter market had dwindled, mostly thanks to the fact most production cameras come with a meter. In fact, the market had dwindled to just one design, Cosina’s Voigtlander VC Meter II. This retro-styled ,metal-bodied meter was designed to mimic the styling of cameras from the 1950s and 60s, and has become highly sought after. The problem is, it’s not exactly cheap: the meters now sell for around £250 new in the UK, and used models are rarely less than £150.

Hot shoe meters used to be a premium product for the kind of photographer sporting classic gear and wanting exact exposures – think that cliché of the ‘gentleman photographer’ sporting a shiny Leica in a leather shoulder bag. But it’s easy to argue a hot shoe meter has an entirely new market now.

An new generation of film photographers is pulling cameras out of junk shops, flea markets, lofts, cupboards and long-forgotten boxes. Many of the older ones might still be able to take a picture, but problems with camera meters – either battery or selenium-powered – are common. A dependable little light meter might be what makes someone decide to shoot a few rolls of film on mum’s old Minolta or grandad’s Spotmatic.

Enter the Reveni Labs Light Meter. It was touted as the smallest light meter around, and it certainly looked like it: weighing just 8g and measuring less than an inch (25mm) in height, length and width. Priced at CAN$125 (around $100/£70) the meters cost less than half the price of a used VC II Meter. The meter was – no surprise here – quite the hit on Kickstarter, raising some $CAN125,000 – a few pennies short of $100,000. Not bad for someone bringing his first photography product to market.

Shortly after the Kickstarter ended, I was sent one of the first versions of the meter to try out. Bechberger’s claim that the meter is the smallest around is hard to argue with – the little cube, made of 3D-printed nylon will fit on any hot or cold shoe, tight enough to be a snug fit without then needing a major operation to get it off again. Reveni Labs also sells a number of attachments which allows you to mount it in other ways on a camera (or wear it around your neck or wrist). There’s even a double holder which allows to mount the meter along with an accessory viewfinder.

At the heart of the meter is the OLED readout on the back of the device, a white-on-black display intended to be easy to read even in full sun. On the top of the meter are four buttons. One turns the meter on, another allows you to move between the meter’s various modes, and the other two allow you to increase the decrease the value in the chosen mode – lengthening or shorting a shutter speed, for instance. The meter is powered by one single LR44-style battery which sits snugly in a battery holder sliding out the front of the meter. It fits extremely well – no worries about this battery compartment flicking open and pinging your battery onto the pavement while you’re walking around.

According to the device’s spec sheet, the Reveni Labs Light Meter is a reflective-only, centre-weighted meter, taking its reading from a 45-degree area in the centre of the frame. As 35mmc’s Hamish Gill wrote last year, this angle is pretty much spot on if you’re shooting with a 50mm standard lens. If you’re shooting with something wider, the meter will be working off the centre of the frame. 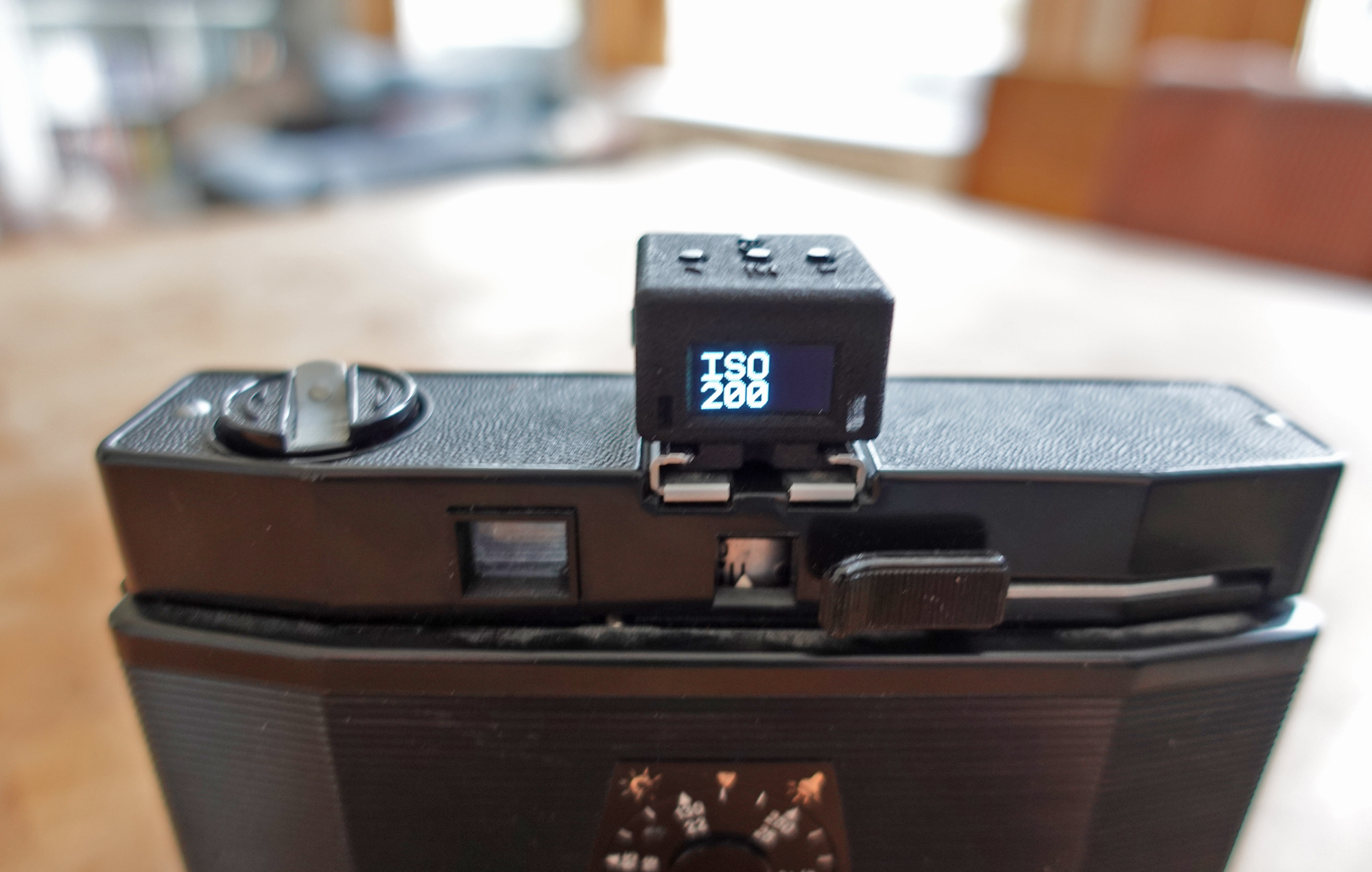 Having a handful of film cameras older even than my good self, an accessory meter is something I’ve always found useful, even if I’ve learned a basic Sunny 16 knowledge. For the last 10 years, that meter – hanging around my neck like a lanyard on a conference newbie – has been the Sekonic L-208. This is an affordable centre-weighted match needle analogue meter that can be mounted on the camera with a supplied hot shoe attachment (long since lost with the meter’s box in my case, unfortunately).

The Reveni Labs meter is, of course, a lot smaller than that – small enough that it won’t overpower even the smallest pocket camera.

That size, and the four little buttons used to operate it, calls for some nimble fingers. It’s not difficult to use, but it definitely requires some accuracy. After power-up, you can start cycling through the settings – choosing aperture or shutter-priority mode, ISO, exposure compensation. The +/– buttons either side help you choose your desired setting. You can even set the meter so that it shows the metered scene’s EV value before it shows the shutter/aperture combination; just the thing for the Ansel Adams roleplayers (extra points, too, for the EV values being measured in tenths of a step).

I shot with the first version of the meter last spring and early summer. Early on, shooting in sunny weather with the meter on top of a LOMO Cosmic Symbol, one major issue that quickly raised its head. In bright weather the meter could consistently recommend a shutter speed two stops out from the reading on my Sekonic, meaning the shots would be overexposed. I know that my Sekonic’s readings were spot on, so it seemed to be an issue with glare or reflections. I fed back my experience and was told there was already a fix planned for the production models. The issue was apparently due to the meter cell’s hood not protecting it from glare from reflections.

A replacement meter was in my postbox just a few weeks later. The Hood was extended, preventing reflections bouncing on the cell from the wrong angle. This meter matched exactly with my Sekonic and the equally accurate meter on my Nikon FM2.

Last summer, I used the Reveni Labs on a bunch of cameras, including the Cosmic Symbol, a Zenit-3M SLR and a Flexaret VI medium format TLR. You can see some of the example pics below (the Flexaret pics look a little odd thanks to lens haze and expired film rather than anything to do with the meter’s readings).

The Reveni Labs meter gave consistently accurate readings, enough to make me perfectly happy to pop it in the camera bag plenty of times over the summer. Should you find the meter’s readings don’t quite tally with a meter you know is accurate, Bechberger has included a calibration function so you can tweak the sensitivity until you’re happy.

No, it is not the perfect meter. Its biggest issue has been compounded by the arrival of some of its rivals. Since the meter’s launch last year, a host of other meters have appeared, including the Hedeco Lime One and the Chinese-made VC Meter clone from Doomo. Both of these meters constantly update their recommended shutter/aperture readings as the light changes. The Reveni Labs Meter doesn’t. If the light changes, you need to take another reading.

Seeing as all three of these meters are basically intended to be hot shoe-mounted, this might not be as serious as it sounds – you’re going to have to take your eye away from the viewfinder to check any of them. However, having tested both the Hedeco Lime One and Doomo since, they do seem a more natural fit for travel and street photography where there’s the expectation the light may change. I must admit that when using my meter-free SLRs and rangefinders, I’ve tended to use the Doomo. The Reveni Labs Light Meter has, instead, been the perfect companion for cameras that suit a slower style of shooting, especially compact cameras and older medium format models. For street portraits under more predictable lighting, the Reveni Labs meter will be just fine aswell.

It will be interesting to see if future generations of the Reveni Labs meter offer continuous readings. This sudden competition might be just the spur.

The meter is available through the Reveni Labs site for that same Kickstarter price of CAN$125 – cheap enough that it is worth taking a punt on.

It seems like it is only the start of the Reveni Labs story, as well – just this week, the Kickstarter for Bechberger’s follow-up, a spot meter, has finished, racking up more than £150,000 in funding.