The new batch of the black-and-white film was unveiled on Monday (28 December) with a new design, featuring two-tone red-and-black packaging.

Japan Camera Hunter’s Bellamy Hunt said in a post announcing it: “When StreetPan was released I was working on my own and I have the design skills of a blind duck (despite having an arts degree). The box for the original SP400 was put together with the help of friends and was really more of a second thought.

“But after the release it became apparent that there are some really cool designs for film packaging out there (CineStill and Kosmo Foto to name a few) and SP400 wasn’t one of them. So, over a year ago we finally decided to get something done about it. Michael is our resident design guru (and camera tester and video producer, phew), as I am barely capable of colouring inside the lines, and he came up with a new design. 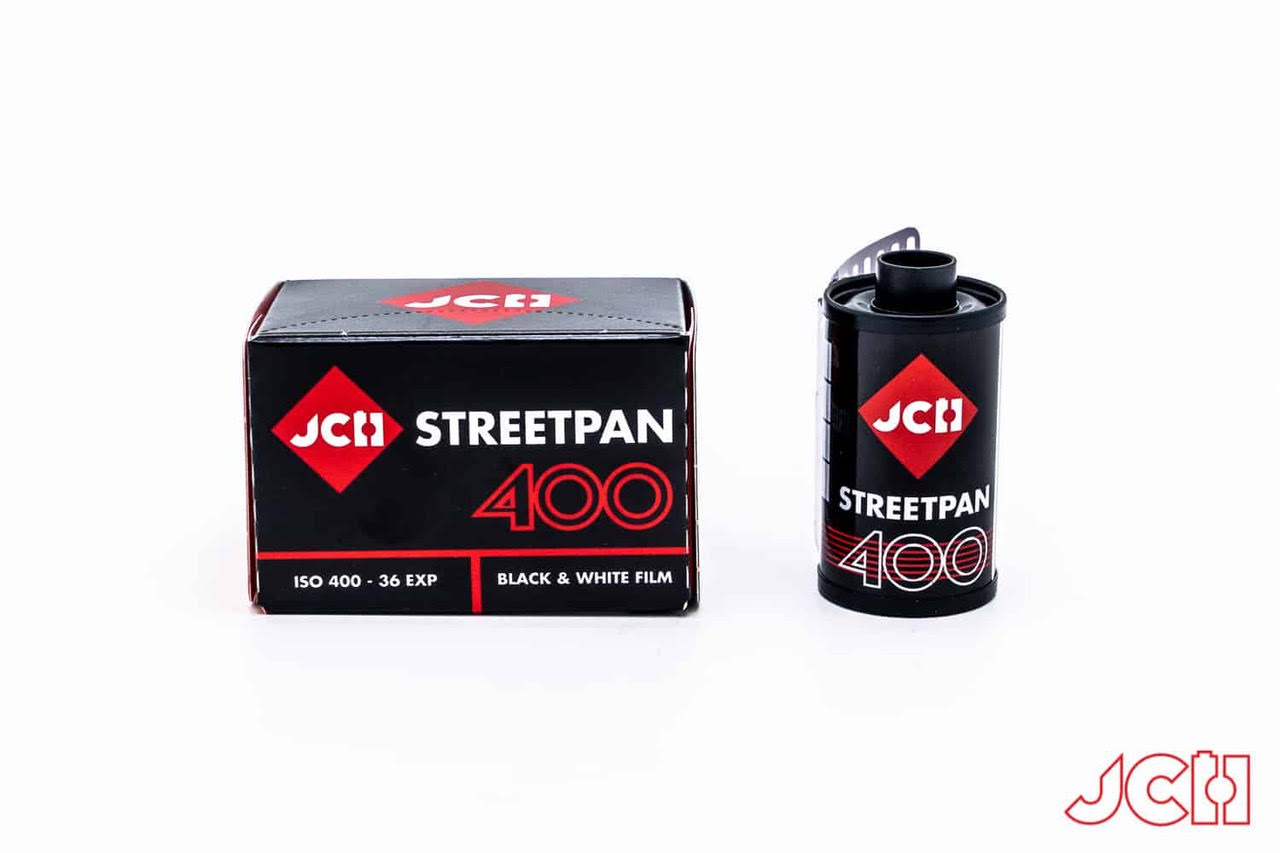 “The style is influenced by classic Japanese graphic designer Yusaku Kamekura, who designed the Nikon advertising posters in the 1960’s. Michael also drew inspiration from Japanese advertising signs from the 1990’s. And I think he has really caught the feeling of what I had originally wanted.”

The new film is already available from the Japan Camera Hunter shop.

“One of the coolest things about the box is that from different sides it has a different look. We have the Western side in black and the Japanese side in red, giving you a bit of a Japanese lesson too as the red side is a direct translation of the black.”

Hunt said supplies of the new film were already being sent out to suppliers, so they should be available early in the new year.