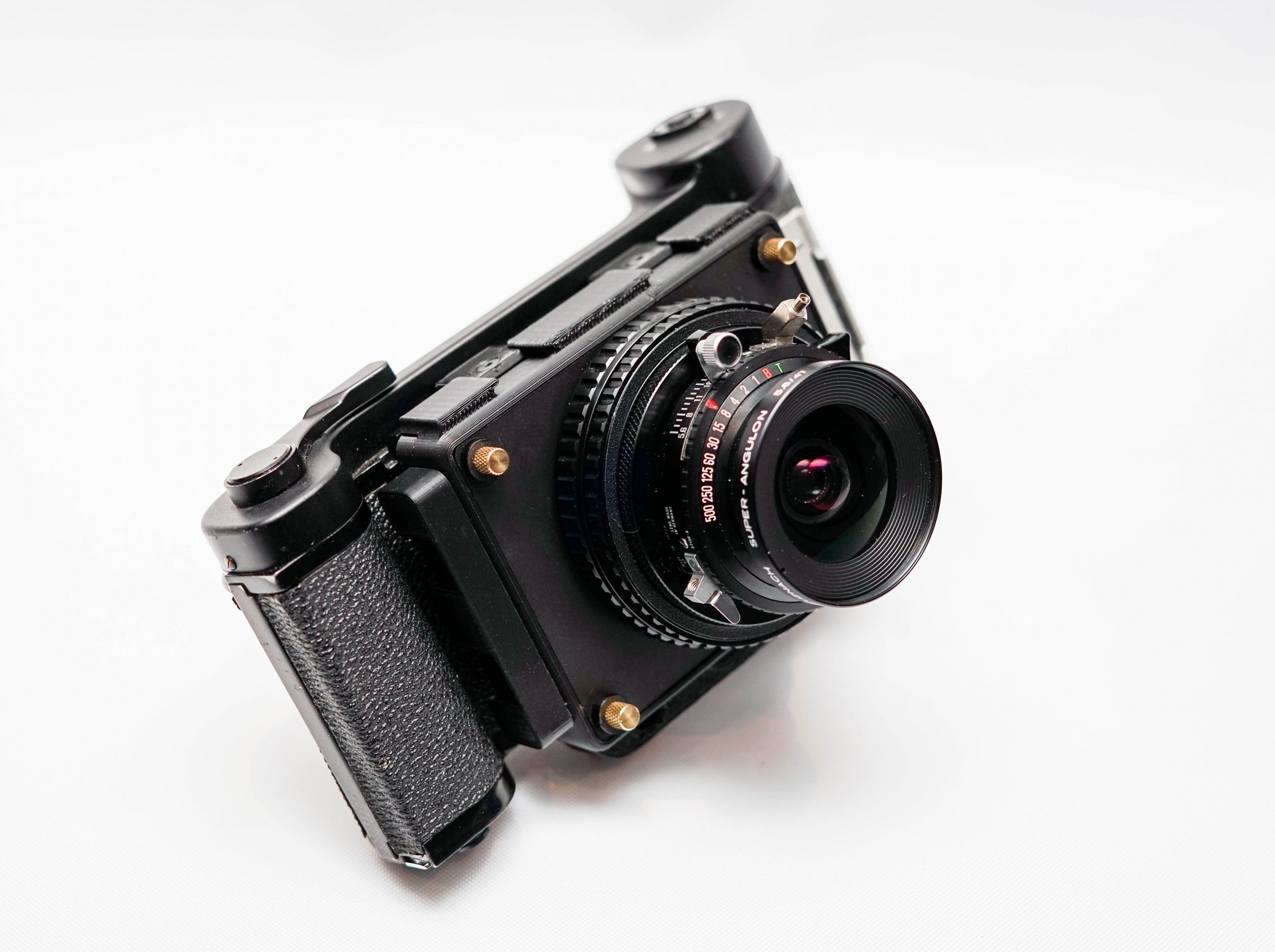 Steve Lloyd, the inventor of the Chroma Cameras range of large-format cameras, has unveiled a new modular camera system for shooting 120 film.

The 679 camera system allows photographers to custom build a camera according to their needs.

The new camera follows on from Lloyd’s modular large-format designs, including the Carbon Adventurer and hand-holdable SnapShot 4×5 cameras.

“The Chroma 679 is a brand new, modular, medium format camera system,” Steve told Kosmo Foto. “Like my other Chroma cameras, it’s been designed around the idea of flexibility and ‘uniqueness’, along with being an affordable, and enjoyable, way to combine existing lenses and film holders.

“Within the system, there are four standard components:

2) Thread aluminium lens board, to allow for lenses to be easily switched in the field.

3) Printed mid-body, available in any depth to suit the lens required, with integrated dual cold shoes on the top plate, and mounting points on both sides for optional accessories. 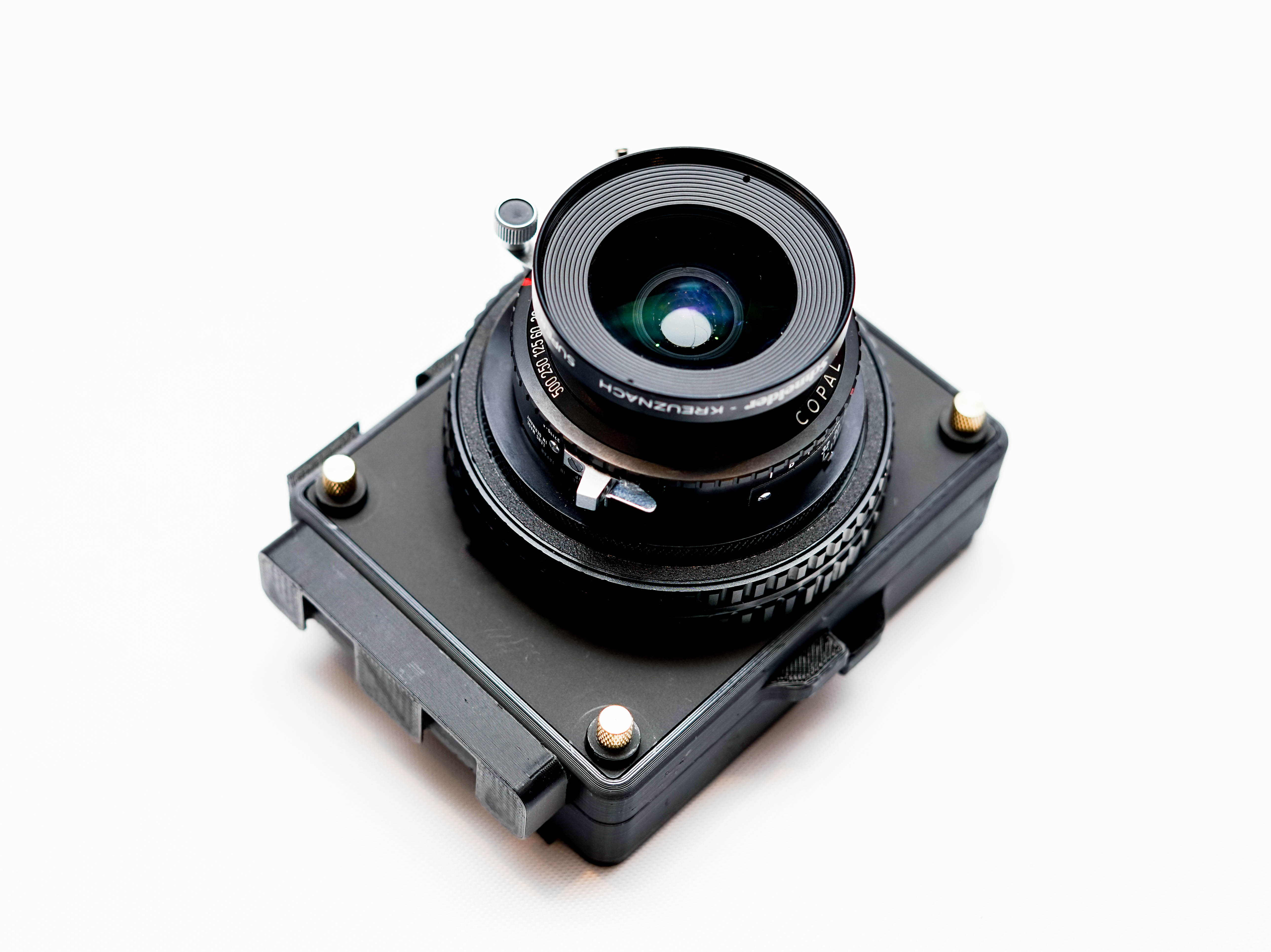 “All of these standard components are connected with both a physical interlock and four very strong neodymium rare-earth magnets in each section. The same magnets are used to secure the film back to the Chroma field cameras, so they’re definitely secure!”

Steve said the cameras also accept a host of other accessories which allow photographers to build a unique camera.

“These clip on to integrated mounting points on each side of the mid-body and include:

1) Full grip, with integrated tripod thread, internal storage for a roll of 120 film and a passthrough mount for a cable release. This is available in both black and wooden printed materials, and left or right-handed fit.

2) Dual cold shoe plate, to add extra cold shoes to the two integrated into the mid-body.

Steve says he has produced the new camera to widen Chroma’s appeal.

“Whilst I love using my large format Carbon Adventurer when I go out with my full kit, I designed the SnapShot for those times when I still want to shoot large format, but don’t want to have to carry a tripod/dark cloth/accessories,” he told Kosmo Foto. “In the same way, the new 679 system is a further progression of using a SnapShot with a rollfilm back, in a much more compact setup, without compromising on quality lenses.

“Whilst it’s not the first modular medium format system, it is the first system that allows the photographer to combine large format lenses (Mamiya Press lens mount coming soon!) with rollfilm backs from three different manufactures in the same camera! At the same time, the lens boards used for the 679 system are the same as those used on the SnapShot, allowing the photographer to seamlessly move lenses between both systems.”

Steve says the any lenses with a shutter diameter up to 54mm can be mounted to the lens board or helicoid. “The only consideration when choosing a lens is that the rear element is narrower than 62mm diameter, as this mounts behind the lens board, and passes through the helicoid. Looking ahead, I am continuing to develop further solutions for the 679 system, including a replacement front lens mounting plate with the Mamiya Press lens mount instead of the traditional large format lens/helicoid,” he said.

“Whilst modular medium format systems have been manufactured by various manufacturers over the last 60 years, none of them (as far as I’m aware anyway!) have offered the true flexibility of mounting multiple rollfilm backs, from different manufacturers, to the same camera system. These backs can swapped out in a matter of seconds, meaning that the photographer can head out with a small bag containing a 6×6 B&W back, along with a 6×7 colour negative back and a 6×9 slide film back, and swap them around throughout the whole day! For an indecisive photographer like myself, it’s a perfect solution!

“Apart from being physically smaller format, the 679 system is considerably lighter than even the lightest large format systems, even my SnapShot! I can click on a full grip and easily carry it in one hand all day, without standing out, so it’s ideal for street photography. Alternatively, I can pack a tripod and a basic tripod mount (instead of the full grip) and have a very high quality landscape/architecture/portrait/anything else setup which can be left mounted to the tripod all day without any issues. If I want to use multiple lenses, I can simply carry matching mid-bodies for each lens (as the depth of the mid-body matches the flange depth of the lens being used) and swap components between setups as required.

Steve says each of the camera components and accessories has a fixed price, regardless of the mount or depth. The prices are:

Steve added: “The two integrated cold shoes are perfect for a small light meter, like my personal favourite, the Reveni Labs meter. The other cold shoe is also useful for any accessory viewfinder to help with composition. You could also mount an accessory rangefinder if required.

“I designed the 679 system for photographers who want to shoot a range of formats, without having to carry large heavy systems,” Steve said. “Personally, I’ve put both my SnapShot and 679 systems in the same messenger bag and gone out for the day. This allowed me to shoot a range of formats/emulsions across both systems, which means that I can truly deliver the results I picture in my head at a given time.”

In other Chroma Cameras news, Steve’s ChromaGraphica double dry plate holders are available now, via his website. they will also soon be stocked by online film retailer Analogue Wonderland.

This looks like something I might use. I have Hasselblad and Rollei lenses and this would allow me to take just this and any lenses I want instead of 2 bodies. Only thing….that grip’s gotta go. Looks like my granddaughter made it. Come on guys. I know you can do better than this. Make it sleek and sexy looking. You can do it. I know you can.
Oh…I have lenses for the Fuji GXy80. Any way to use them on this??