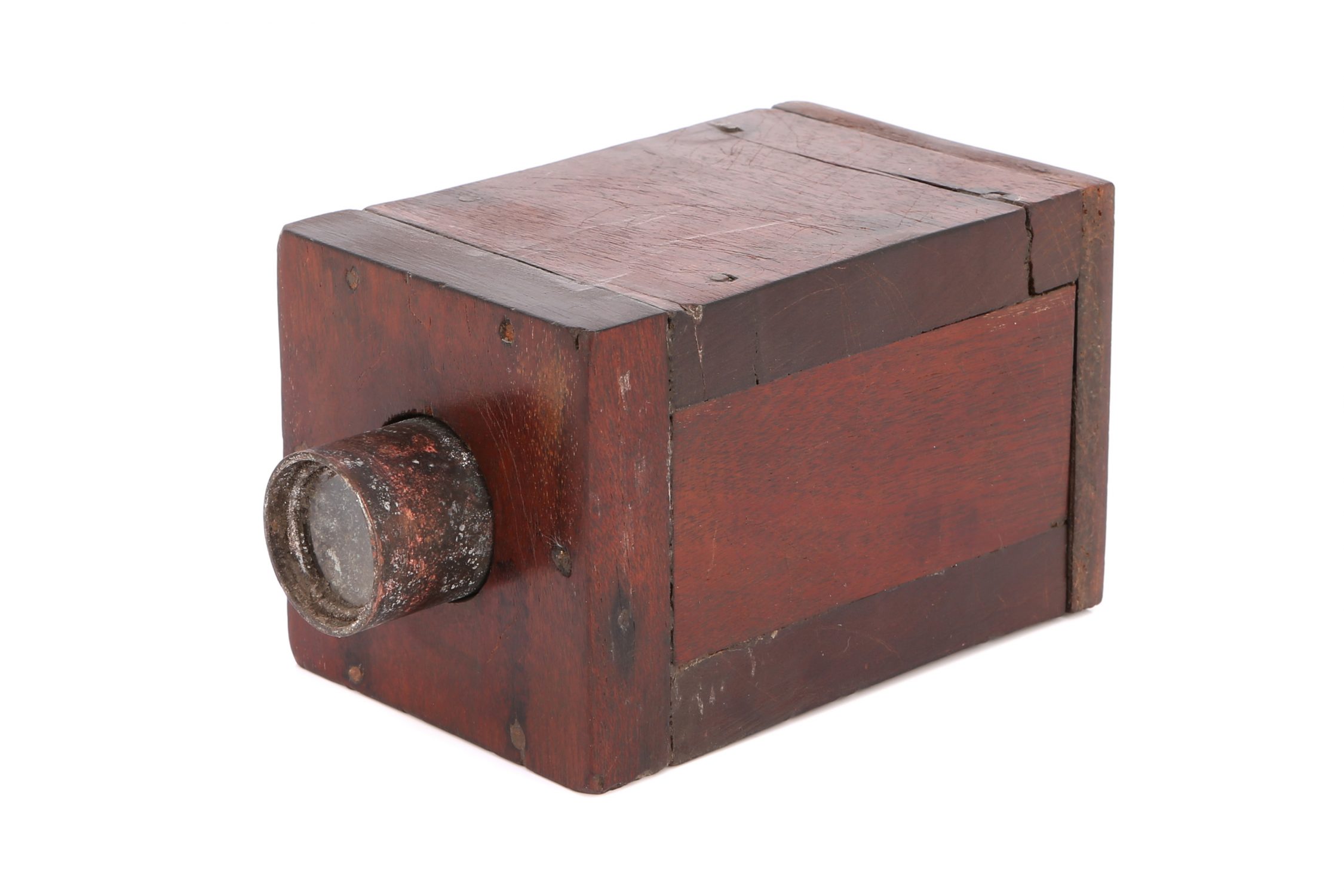 This experimental ‘mousetrap’ camera is one of the oldest cameras ever to have been offered for sale at public auction, pre-dating the very earliest camera designs, and it goes under the hammer later this week. It goes without saying that you’ll need very deep pockets to put a bid on it.

The camera, thought to have been constructed around 1840, is being sold at Flint’s Auctions in the UK on Thursday (19 November). Flint’s listing says the mahogany-and-brass camera has a “central aperture holding a brass tube (29mm OD), with a single convex lens held in place with a split ring”. The camera’s rear door is fastened in place with a steel wire loop and a piece of bone.

Roger Watson, the curator of the Fox Talbot Museum, told Flint’s: “The current owner of this camera brought it to me in 2019 for examination. I knew him and had examined other cameras of his in the past. The size, crudeness of construction and the obvious signs of age indicated to me that this had all the hallmarks of an early experimental camera.

“By the end of 1839, optical instrument makers in England, France and the US were making finely finished and well-made cameras for the gentleman artist. Prior to that the earliest experimenters had to make their own cameras and these were usually either a converted camera obscura or, like this one, a simple box with a simple lens in one side.

“The best-known examples of early experimental cameras are the ‘Mousetrap’ cameras used by William Henry Fox Talbot between 1835 and 1840 for his experiments in photogenic drawing. Though there is nothing to indicate that this example was made by or used by Talbot.

“Numerous descriptions of these crude cameras exist from the period. In October 1839, Joseph Saxton took a daguerreotype of the Philadelphia Central High School using a cigar box and a glass lens. Similarly in 1840, John Adams Whipple made his first photograph “using a sun-glass for a lens, a candle box for a camera.”

“As these cameras were usually small and crude, it’s not surprising that they quickly disappeared and were replaced by professionally manufactured cameras for those who wished to continue with making images. This is a rare survival of the first years of photography.”

You can see more of the lots on offer at the auction in this preview on Japan Camera Hunter.