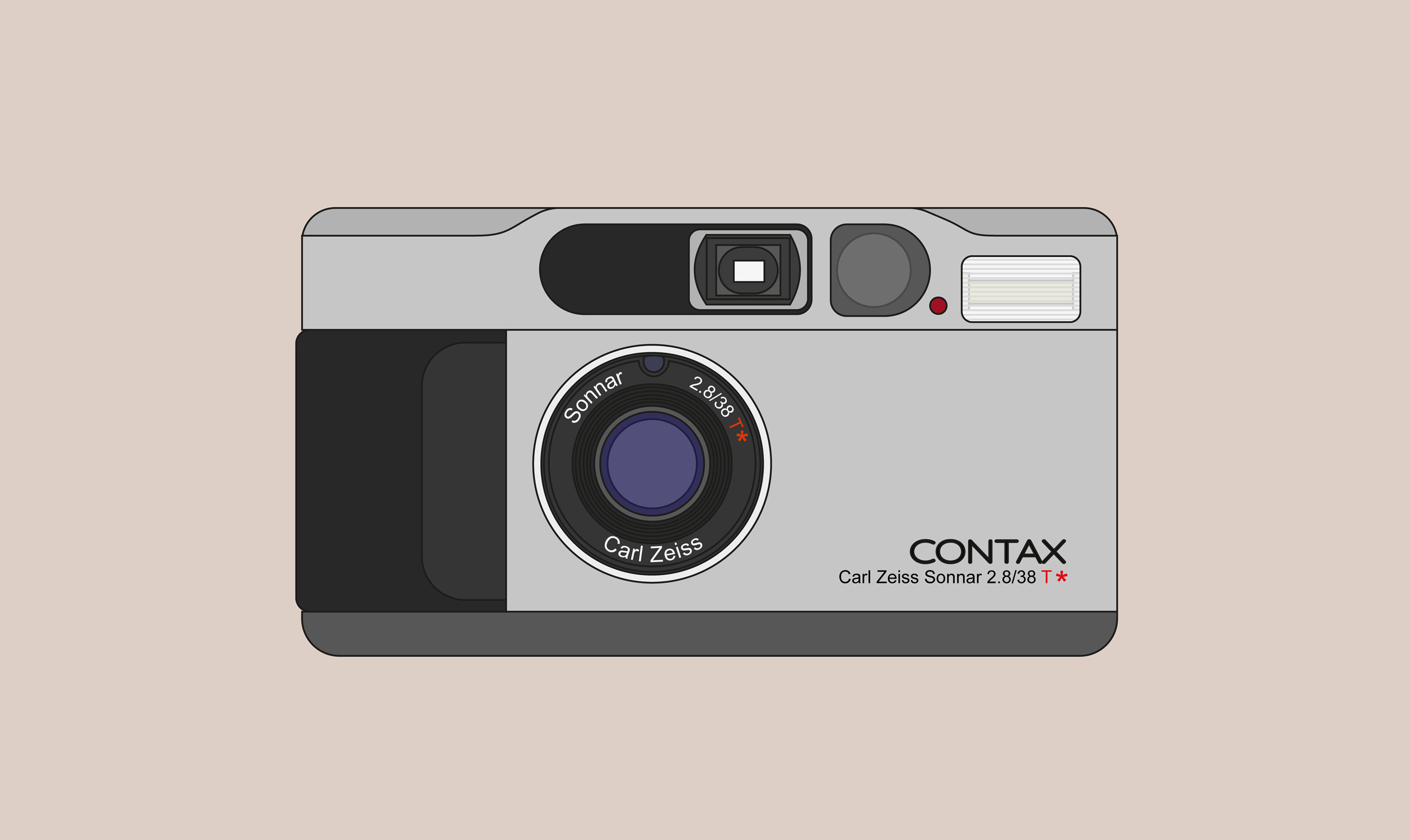 The other day I spotted a few fantastic camera drawings on Instagram.

They looked less like technical drawings and more like a passion project – something you could easily imagine on postcards or the front of a t-shirt. Along with the drawings were a set of pictures taken with each camera. It was a perfect gateway drug to start camera collecting.

I made a note to contact the illustrator… but a few days later, opened Instagram to find he had already contacted me.

David Ortiz in an illustrator from Zaragoza,but living in Barcelona for the last eight. “I started studying architecture but after five years I realised design was my true passion so I graduated in design schoo,” he tells Kosmo Foto. “I’m 26 and actually I work in a graphic design studio here in Barcelona, and during my free time I draw cameras for my camera documenting project called Camxatca.”

How long have you been into film photography?
I started into film photography two years ago more or less. I’m very passionate about it, now I own around 10 film cameras and I develop on my own at home, even I bought a bulk film loader so the film is cheaper and I can shoot more. I like to photograph architecture and street photography.

When did you start making these images?
During lockdown in March, I challenged myself to focus on improving my digital drawing skills and because I needed to do something different. I was not feeling the mood for shooting film and I was bored of always doing the same photos of my window views so I decided to try “capturing” my cameras instead.

What inspired you to do them?
On my bedroom shelf I had my little film camera collection sitting there looking at me with deep sadness caused by their lack of social interaction. That’s when I thought about developing the idea of documenting my cameras in order to organise all the pictures I have taken and building a personal archive and learn more about their history.

How do you decide which model to do?
I started doing my own cameras and posting them with some photos taken by me, but then people started to ask me to draw their cameras. Also, I like to contact amateur and professional photographers that I admire and love their different styles and I ask them to collaborate on the project. I have a long list of all the cameras in order to draw and the photos made by them and the photographers.

How long does it take you to do them?
Depending on the model, it is a huge difference in effort between some cameras. A standard SLR it takes me between two and three hours to finish it. Maybe a point and shoot between an hour and two hours. The oldest and weirdest the camera, the longer it takes. The last one I just did, the Minolta Autocord, took me four or five hours to complete. But the work doesn’t end when I finish the camera, I also need to contact the person to get a selection of photos made by that camera, also the research about the information and history about the camera… It is a lot of work, but I enjoy it a lot.

How many have you done?
Almost 40. And in my list to do I have 60 at the moment and counting… ha ha.

The good thing about this project is that I could be drawing for years cameras every day and I probably never end doing them all.

What are you planning to do with the images?
I would love to dedicate my time to do this in the future, making designs for shirts, selling prints, postcards… create a business. It would be a dream if drawing film cameras could become my full-time job.

What is your favourite camera?
My favourite of the cameras that I own is my Zenit-E and my Olympus Superzoom 105G. If you ask me about my favourite camera in general, I could say the Hasselblad Xpan and probably Contax G2.

See more of David’s work on:

Groovy – can imagine these will be very popular.