Nikon’s association with the Olympic Games started at Helsinki in 1952.

The Nikon 1 rangefinder was by then only a few years old, a new rival to the established names of Germany’s Leica and Contax. Photojournalists would soon turn to cameras such as the Nikon SP rangefinder. They were robust and reliable and the Nikkor lenses were superb.

In the 1960s, the baton was passed; the Nikon F SLR had arrived. It was much easier to use telephoto lenses with SLRs – something sports photojournalists knew only too well. As Nikon’s own museum puts it, the F “was repeatedly subjected to various tests including endurance, heat run, low temperature durability and vibration similarly to the tests for the S series, to ensure that it could withstand hard use under any conditions and provide a highly reliable camera”.

The Nikon’s 100% coverage viewfinder was revolutionary. Motordrive-equipped Nikon Fs clicked and clattered from the press stands and sidelines at the 1964 Tokyo Olympics, helping cement its place as one photojournalism’s most important tools. Eight years later, when the games played out in Munich, Nikon released its follow-up to its groundbreaking SLR, the F2.

Two Olympiads later, in 1980, Nikon prepared to release another SLR. This was to become one of the company’s best-loved cameras, still in production two decades later, and still popular with film devotees another two decades after that. The Nikon F3 would be the first Nikon SLR to feature an electrically controlled shutter, able to choose much more precise shutter speeds.

Many of the world’s photojournalists, of course, already shot Nikon. In such a frenzied environment, with drama and action happening in split-seconds hour after hour, the cameras received a thorough workout. They needed a team of technicians on hand to make sure the cameras and lenses could keep up. Ahead of the winter games in Lake Placid in the US in early 1980, Nikon had spent some two years preparing. A main-street store was rented, and Nikon technicians from around the world stayed in a large house a block away: a write-up from later in 1980 in Nikon Professional Services makes it sound like a slightly more civilised version of a fraternity house.

The summer games, however, presented some problems. For one, they were held in Moscow, then the heart of the USSR and a city usually closed to foreigners. And thanks to the Soviet invasion of Afghanistan the previous December, many Western nations had decided to boycott the games, led by the US’s decision to keep their athletes at home. Nikon’s new camera’s launch ran into the immovable brick wall of Cold war diplomacy.

But the Nikon F3 did come to the Olympic Games, as did a Nikon technical team to deal with the 101 different headaches that afflict camera gear at high-stress events like an Olympics.

Russian photo historian Vladimir Zverev located some articles from Sovetskoe Foto (Soviet Photo), the sole specialist photography magazine of the USSR, written some months after the Moscow Games finished (the Games’ closing ceremony was 40 years ago this month).

“In 1980, the Summer Olympic Games were held in Moscow. The Japanese company Nikon was the official supplier of professional photographic equipment at the 1980 Olympics,” the Sovetskoe Foto article says. “The photo service point organised by the company’s employees under the leadership of Mr Nakoyama was located in the press centre of the V I Lenin stadium. Under the agreement, TASS [the Soviet news agency] and APN camera engineers worked together with the Japanese masters.

“The compactly formed centre ensured the uninterrupted work of several hundred Soviet and foreign photojournalists accredited for the competitions. The service included the ability to rent a certain amount of 35mm cameras and interchangeable lenses manufactured by Nikon for free. Sports journalists had the opportunity to get acquainted in practice with the new developments of the company: ultra-fast lenses 2/135, 2 /200, 2.8/300, 3.5/400, which are extremely necessary for sports photography.

“Repair of any category of complexity, including overhaul, with the replacement of units and mechanisms, was carried out within one day, and prevention – in the presence of a photo reporter. The Spartakiad of the Peoples of the USSR, which took place a year earlier, was a kind of rehearsal for the work of the photo service point.” 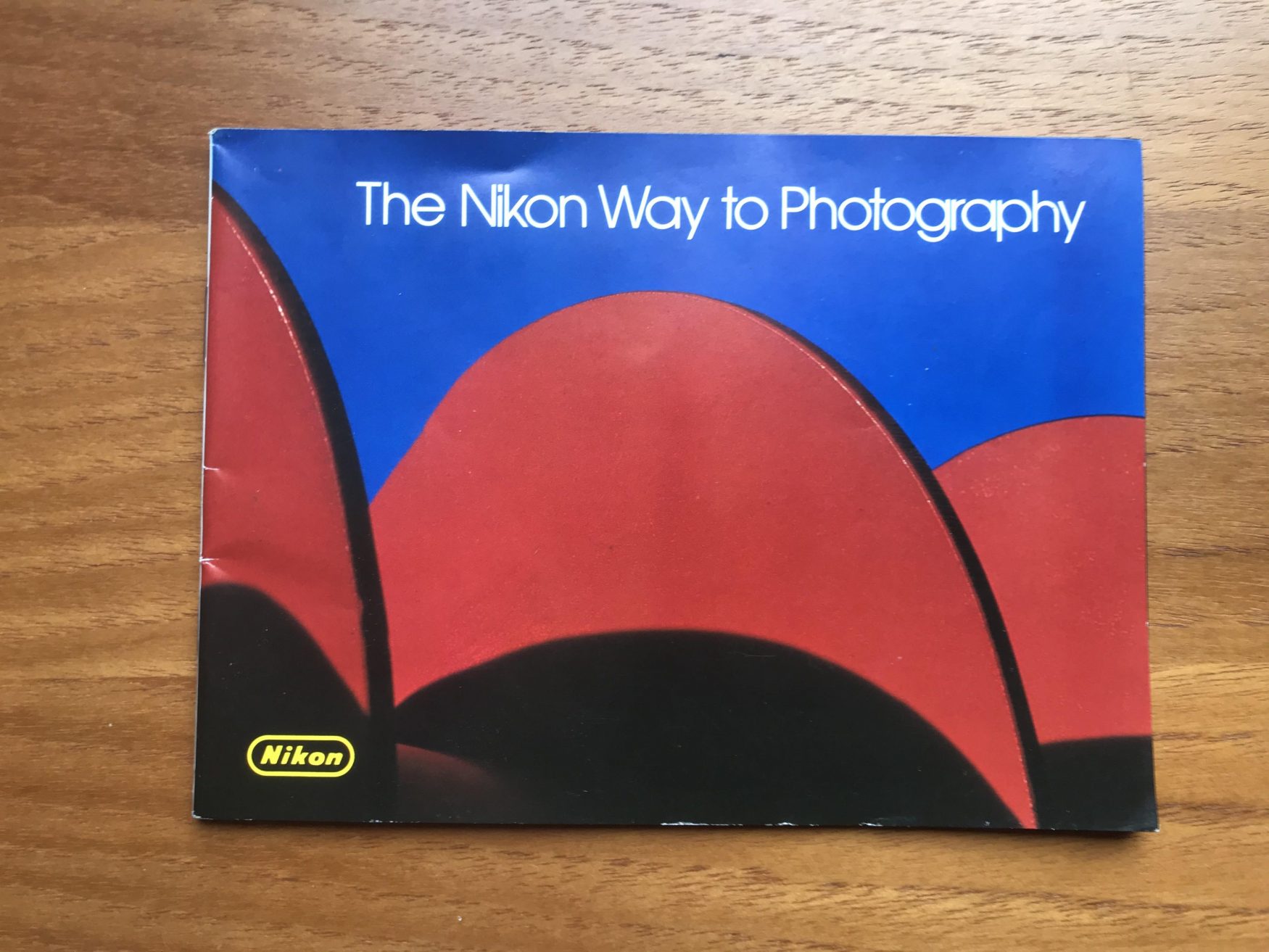 Not everyone however, was invited to use Nikon’s gear, however. Zverev tells Kosmo Foto Soviet journalists were not allowed, possibly as part of the international reaction to the invasion of Afghanistan. Nikon and sportswear giant Adidas were amongst the few commercial sponsors who did take part in the Olympiad. Many other Western companies were pressured into staying at home, a decision which still leaves a bitter taste for Russians four decades later . According to one Soviet journalist, quoted by Zverev, the commercial pull-out included companies providing lighting needed at the Moscow stadiums; replacements had to made at the 11th hour in Hungary and the USSR.

A few mementos of Nikon’s short-lived Moscow Olympics embassy can be found today. Nikon produced a photography brochure, ‘The Nikon Way to Photography’, emblazoned with the Moscow Olympics logo on the back. Nikon’s new flagship SLR was also immortalised – just like everything from Tupolev airliners to icebreakers to tractor factories – on a metal lapel pin (see above).

[…] And to take care of this army of Nikon-toting photographers deep in the heart of the Cold War USSR, Nikon set up a special service centre, full of techs who could keep the press corps’ Nikons humming along. With the help of a Russian photo historian, Kosmo Foto has the story of this Nikon Olympic embassy on the banks of the Moskva River… […]

Thank you, a great Article on an amazing camera