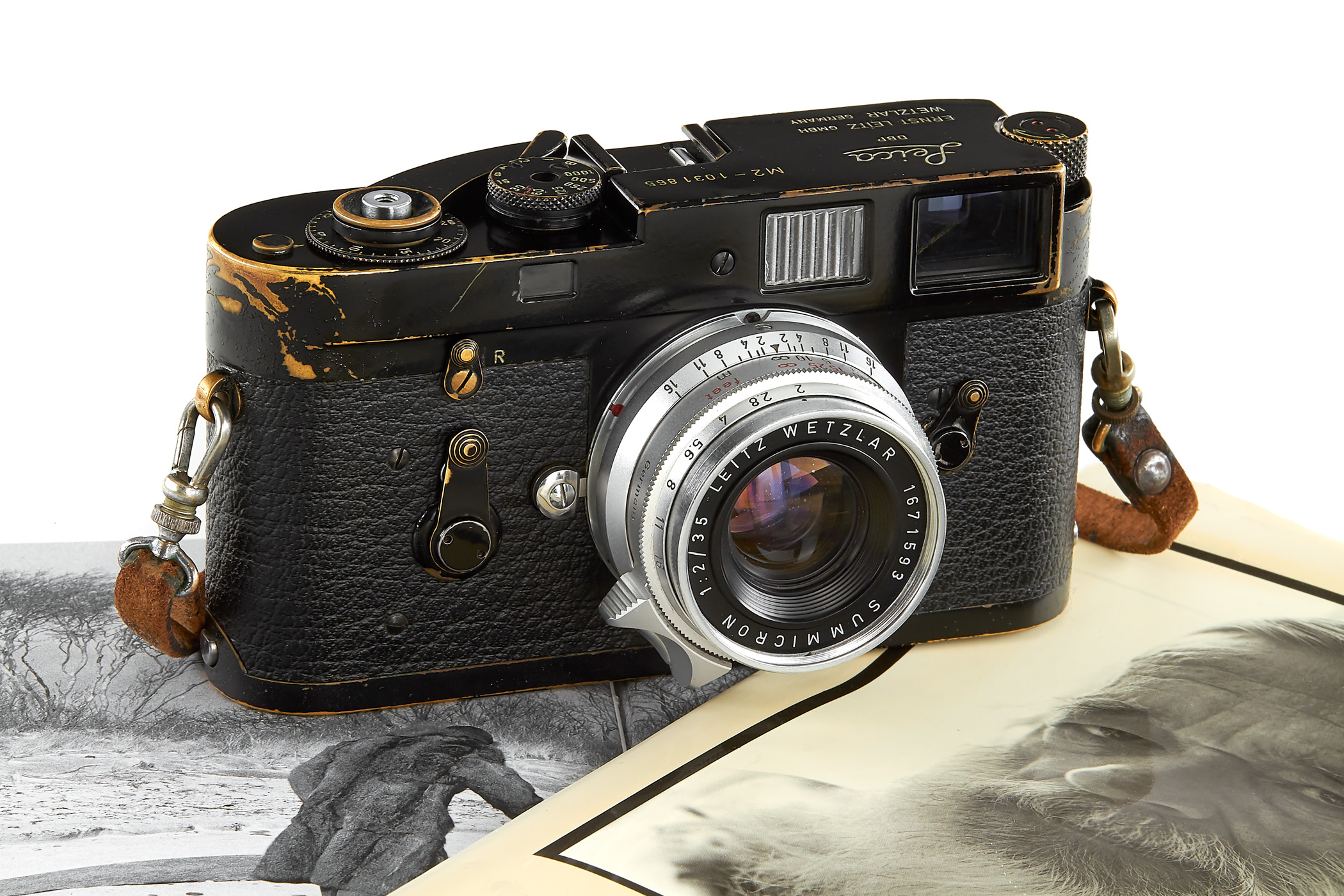 A Leica M2 rangefinder owned by legendary photographer Walker Evans is to go under the hammer at the Leitz Photographica Auction in Austria on Saturday (13 June).

The camera was bought by Evans in the 1960s and used until he switched to using Polaroid cameras in the early 1970s, Leica has said.

Evans is best known for the photography he took for the Farm Security Administration (FDSA) during the 1930s. Alongside the work of Dorothea Lange, Evans images of poverty-stricken farmers, hit by both drought and the effects of The Great Depression, became world famous.

The auction takes place at the Hotel Bristol in Vienna from 11am CET.

The auction site says: “Mr Evans bought this camera in 1962 and used it for as long as he used the 35mm format, until 1973 (when he began to use a Polaroid SX-70 almost exclusively). Also included in the lot are two books: Jerry L Thompson ‘The Last Years of Walker Evans’ and James R Mellow ‘Walker Evans’ – both include photos Evans made with Leica camera.”

Evans was the first photographer to have their own dedicated show at New York’s Museum of Modern Art (Moma) in 1938. After World War II he worked first for Time magazine and then for Fortune, before becoming professor of photography at Yale University’s School of Art. He died in 1975, at the age of 71.

The auction will also feature a special wooden dummy Leicaflex SLR, possibly an engineering model, which is expected to fetch as much as €14,000 (£12,500).

The auction’s more than 400 lots also include a gold Sultan of Brunei edition Leica M6, one of only 125 ever made.