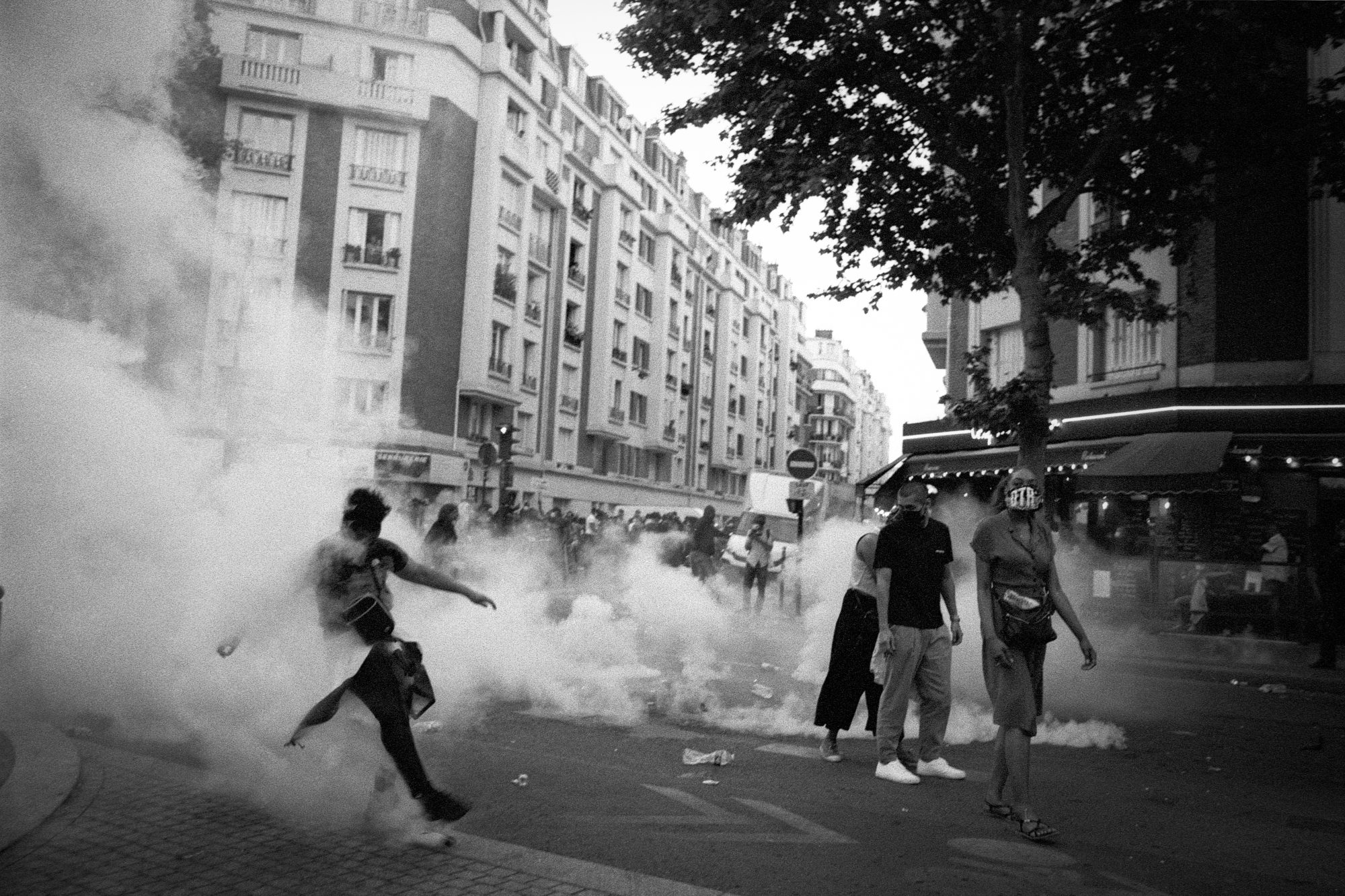 Up until a few weeks ago, it seemed unlikely that anything would push Covid-19 from the headlines.

But then the death of George Floyd, killed after being arrested by police in Minneapolis on 25 May, caused a wave of anti-racism protesting across the US, and then the world.

France has seen a number of protests. At one of them was 34-year-old French photographer Geoffrey Belhadj.

“The protest took place on Tuesday 2 June 2020, in front of the Judicial Campus of Paris,” he tells Kosmo Foto. “People gathered to ask justice for Adama Traore (a young black man who died during his arrest in 2016) and also to support the Black Lives Matter movement, because the way Adama died is very similar to George Floyd’s death.”

Read more: One photographer’s film photos of a Paris protest

Belhadj says he took with him his favourite set-up for shooting on the street: “A Fujica ST705 (a fully mechanical camera) with a Super Takumar 28/3.5.

“The atmosphere was magnificent. People were very determined and energetic. I witnessed people crying while shouting slogans. It was very moving. It seems that cops didn’t like the raised fists and slogans shouted at them because they suddenly attacked and threw teargas. It then turned into a spontaneous riot for the rest of the evening.”

Was this the first time shooting a protest on film? “No. I’ve been covering protests on film only for a few years now. Including of course the yellow vest movement that I covered from the beginning.”

Belhadj says shooting film in such situations was a conscious choice. “I use film because it’s the only way I like to photograph and process afterwards. It also has a lot of advantages: it makes me focus more on what’s surrounding me; it’s an ice breaker; I don’t care if I lose/break my equipment; and GRAIN.” 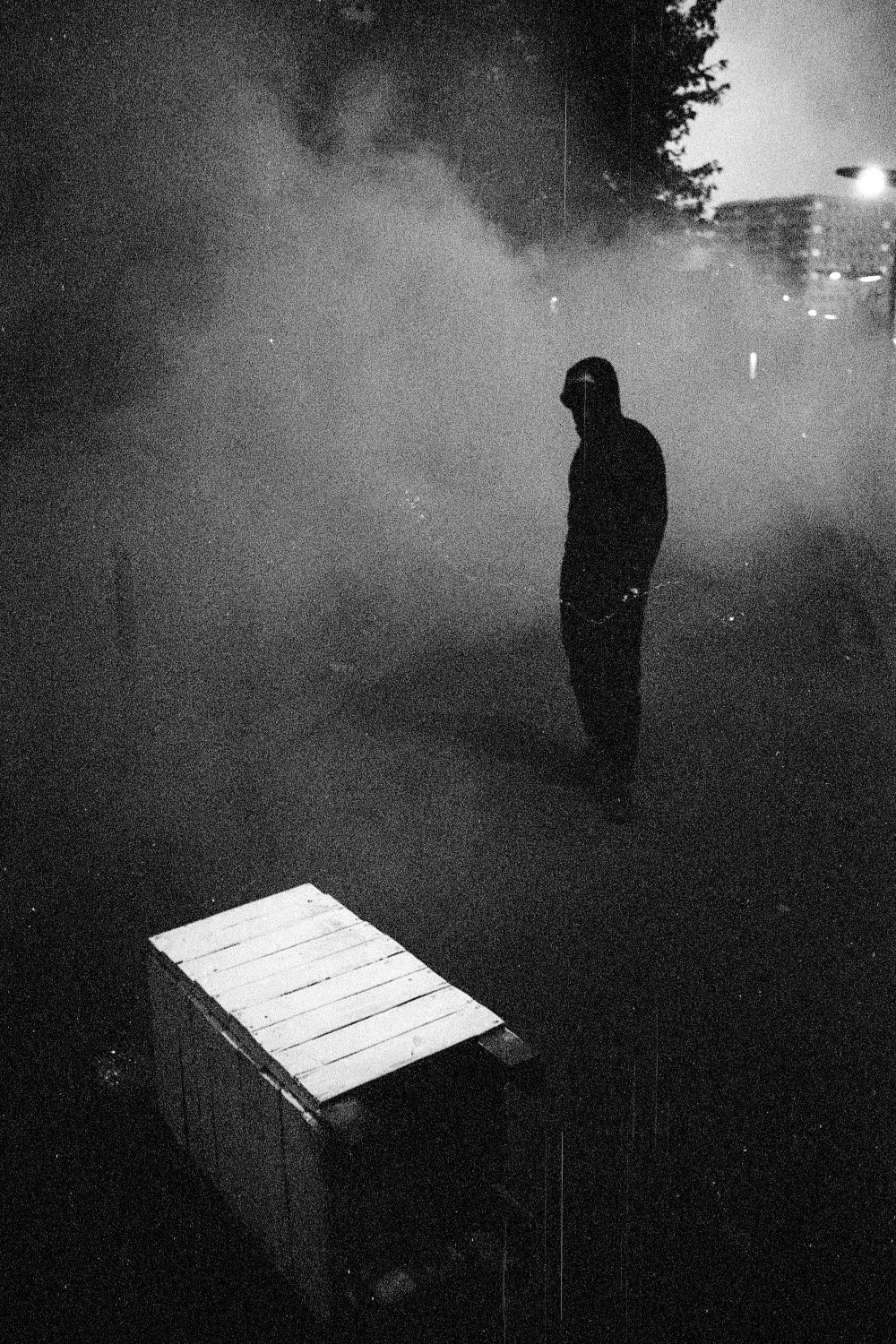 Are you seeing more people document this kind of activity on film? “During protests, a lot more, and I absolutely love seeing all these beautiful film cameras and talking with strangers about what film stock they use, etc. But when it turns to riots, we can be counted on the fingers of one hand.” 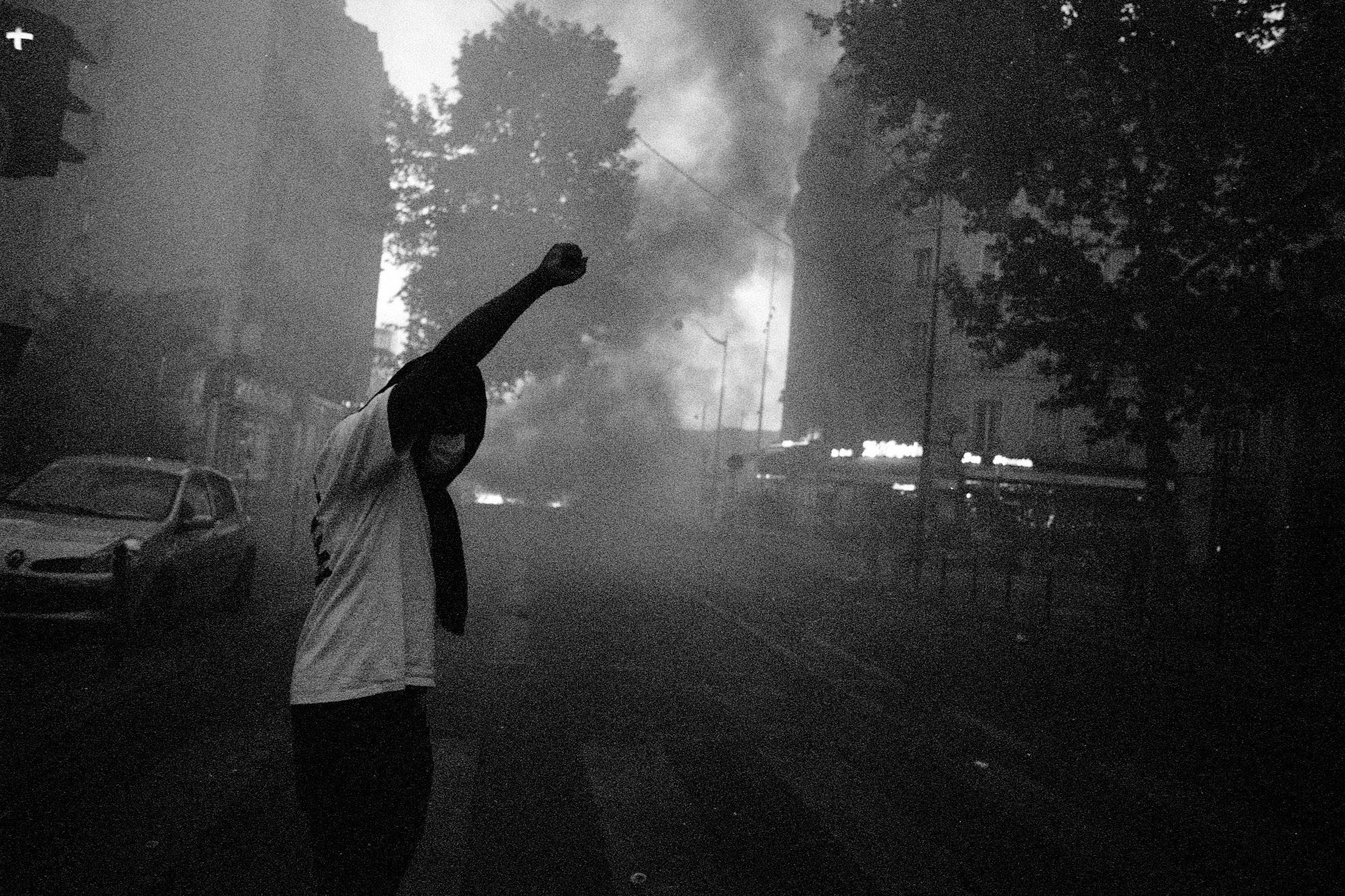 Belhadj says that when he first shared the images on Facebook, there was a dramatic reaction. “I posted the photos on a film group with almost 100,000 subscribers and it got deleted a few minutes later because “no political/social justice advocacy” was allowed. I went mad, reposted the photos and insulted the admins. The post stayed on for almost an hour and drew a lot of attention before I got banned… 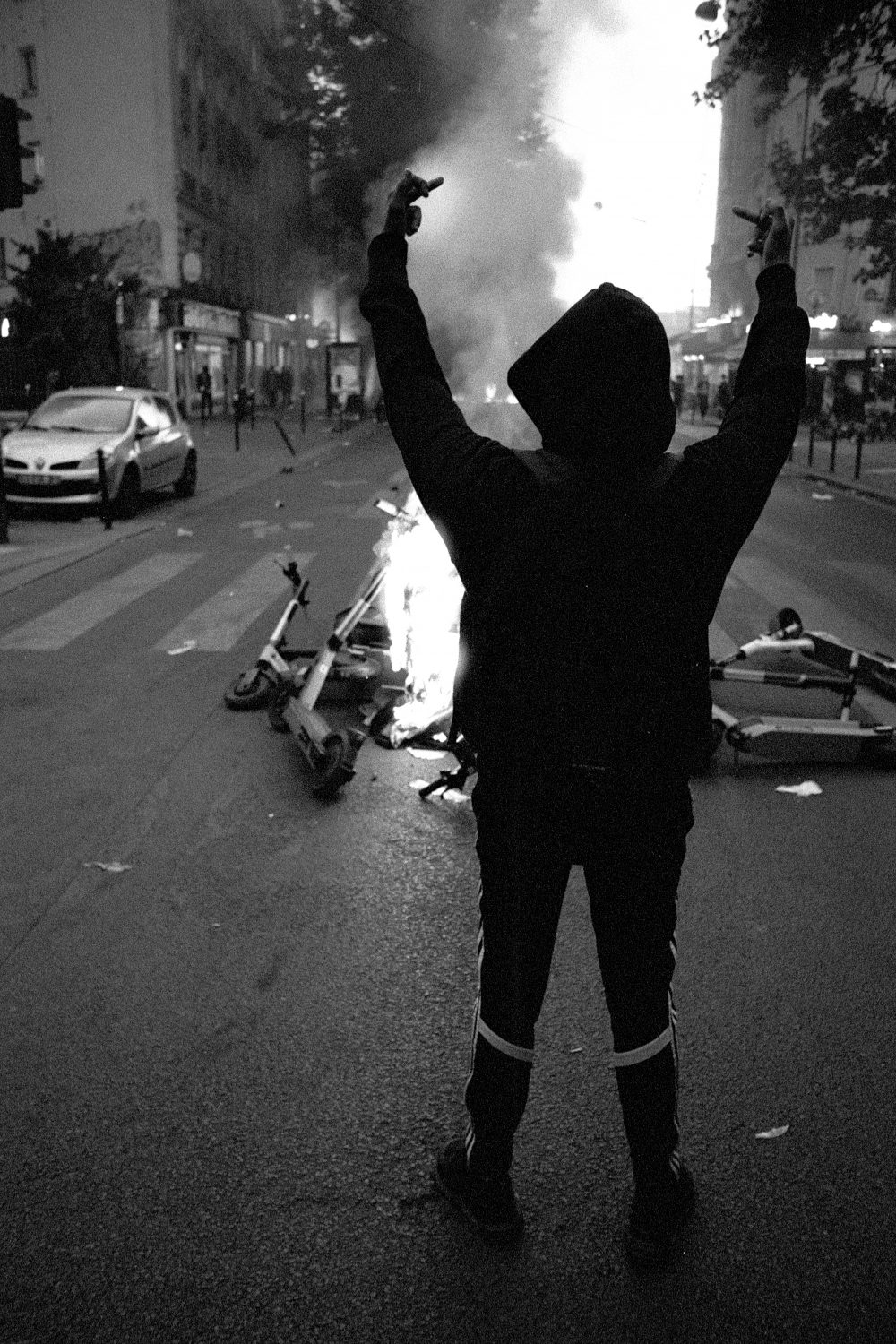 “I guess I deserve the ban but not the first censorship. I’ve then received lots of messages of love from many people around the world, so thanks to everybody who supported me.”

Belhadj says he will “keep on documenting social issues, protests and riots as I feel very concerned by oppressions and discriminations people are facing.”