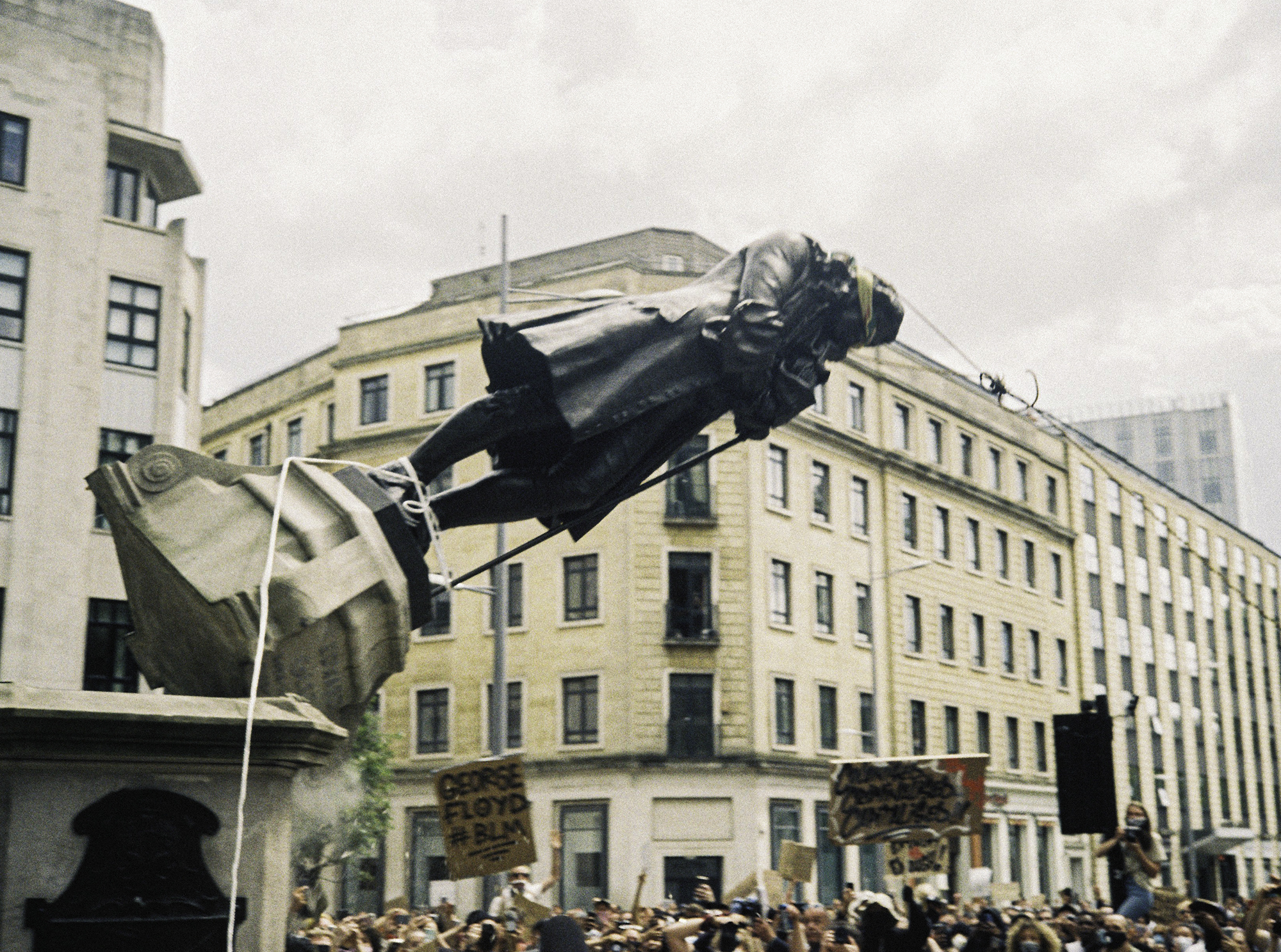 The recent Black Lives Matters protests, sparked by the death of George Floyd while he was being arrested in Minneapolis, have quickly spread out of the US.

The protests have been particularly charged in the UK. Many British cities have grand public buildings and other infrastructure bequeathed by families who made their fortunes thanks to the slave trade. The legacy of that association lives on, nearly 170 years after the UK banned slavery.

Some of slavery’s most contentious links are in Bristol, the west English port city where many slaving ships set sail. Edward Colston (1636-1721) was a merchant and benefactor whose fortune was latterly made thanks to his involvement in slave trading. Colston’s name has been remembered in several Bristol landmarks, including one of the city’s grandest music halls. Up until a few days ago, a grand statue of Colston stood in the centre of Bristol. Over the last 40 years, there had been pressure on the city’s council to erect a plaque adding the context of a fortune built on slavery to the statue – but the wording could never be agreed. On Sunday 7 June, a Black Lives Matter demonstration removed the statue, and rolled it down the road before pushing it into Bristol Harbour.

Ned Collyer was there when the statue was toppled – a moment that became headline news around the world – and captured it on film. He told Kosmo Foto about how he captured it.

“I got into film photography about two years ago when I was 17. My dad gave me an old Olympus OM-10 while I was doing a Photography A Level at City of Bristol College. He showed me how to develop black-and-white film; and Mike Crocker, a teacher at my college, always helped me out with technical stuff and access to the college facilities. Around the same time I started shooting colour film as well and got to know the people at Photographique, a great photo lab near where I live in South Bristol.

“I went to the protest with some friends. If there are protests in Bristol I normally try to get there to take photos, but for Black Lives Matter it was more important to be there and if I got any photos that was a bonus.

“I brought my Olympus 35RC and a small flash. It’s probably my favourite set-up to shoot with and I always use it for things like protests or nights out – it’s so small that even with the flash it can easily fit in a jacket pocket. With this camera, I nearly always use 200-ISO colour negative film like Kodak ColorPlus 200, or in this case, Fujicolor C200.

“I had no idea the statue was going to be toppled. We were marching through the centre of town and me and a couple of mates got split apart from our group. The three of us just noticed there was something happening around the statue so we went through the crowd and had a look. It had been covered up with some kind of material, I guess by the council, and people were climbing up and uncovering it and tying ropes round it.

“I took a few photos and then moved back into the crowd to watch it with my mates. We hoped it was going to come down, but we weren’t sure if it would. I was just taking off the flash so I could shoot without it when there was a massive cheer and I realised it was falling. Luckily, because I know the camera so well, I was able to quickly change the settings and guess the focus. I swung round and held the camera at arm’s length to take the shot. It all happened so quickly, though, that I wasn’t 100% sure how it would turn out.

“I got the photos back from Photographique a couple of days later and I was really pleased because it looked great straight out of the scan. I just tweaked the contrast a bit and cropped it in slightly, which I nearly always if do if I’m shooting on 35mm – the aspect ratio is a bit wide for my liking.

“I’m going to study documentary photography at the London College of Communication in the autumn. I definitely hope to make a career out of photography in the future.”

£10 on an Olympus OM10 in a charity shop was money well spent! Proud dad!