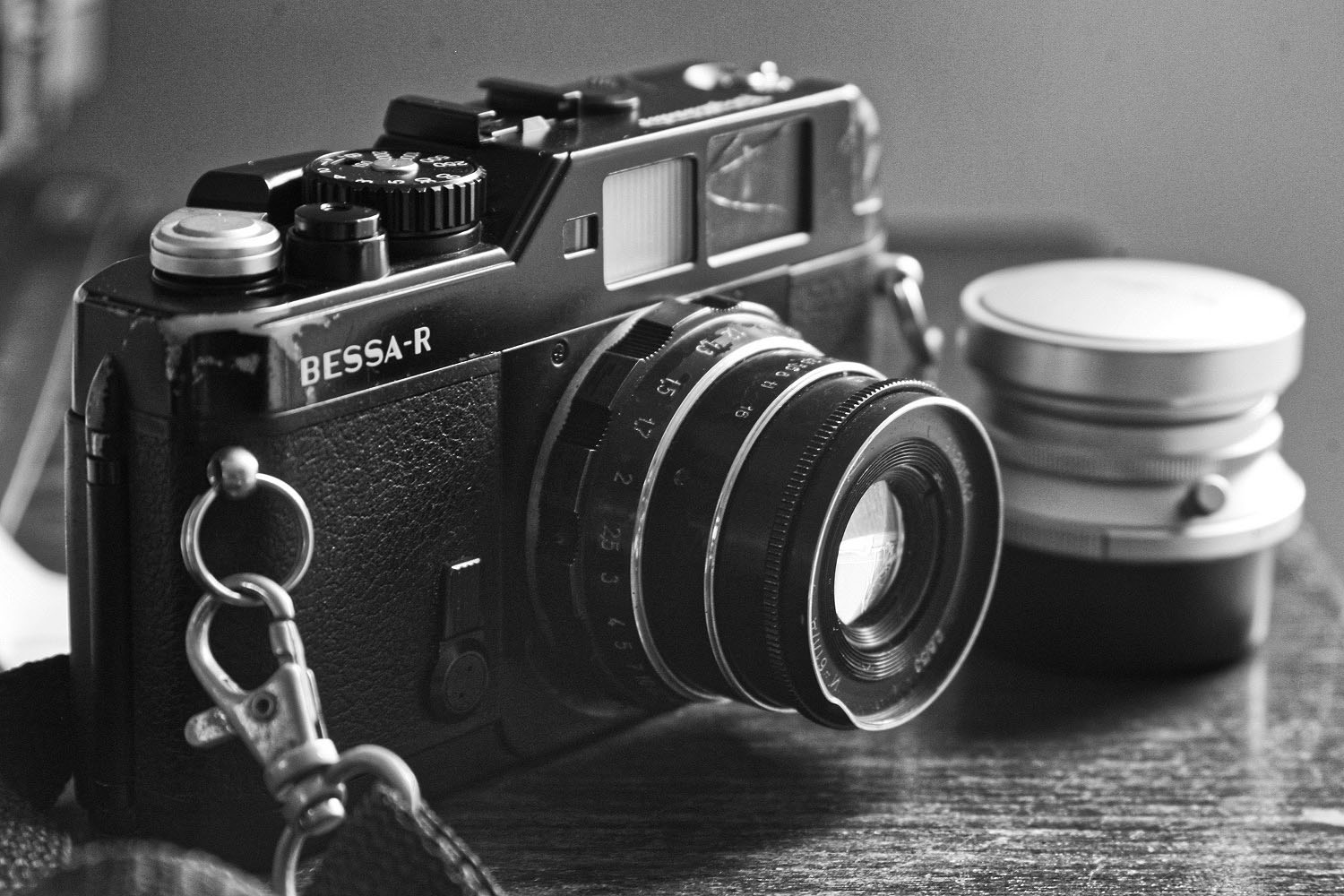 The black camera stared at me from behind the window of a secondhand photographic shop. “I’ll give it to you cheap – just get it off my hands because its my last unit”, said the seller.  Just like that I became the proud owner of a Voigtlander Bessa R. I bought this camera over 14 years ago, yet today this rangefinder still lords it over my collection of classic film shooters.

Now lets get one thing clear – the Bessa R doesn’t have the sleek metal curves of a Leica rangefinder. Nor does it have the tank-like heft and durability of a Canon 7. But what it does have is an ultra-bright viewfinder coupled with no-frills design sense that makes it a delightful tool for street photography. Compared to the above-mentioned RF’s (both of which I have), the Bessa R is also much cheaper and just as efficient.

Introduced to the market in 2000, this isn’t the Voigtlander of German pedigree that your grandparents might have used back in the 1950s. The Bessa R is, in fact, the brainchild of Japanese manufacturer Cosina, which acquired the Voigtlander brand in 1999.

Like many consumer cameras of its time, the Bessa R packs plenty of plastic parts on an aluminum chassis. It uses the standard 39mm Leica screw mount – it’s fully coupled to the rangefinder – which gives me access to over a hundred different (and mostly affordable) LTM (Leica Thread Mount) lenses.

The Bessa R’s top plate has the essential controls – a shutter speed/ISO dial, folding rewind knob (which also unlocks the film door if you pull it up) and film advance lever along with the shutter button. There’s also the very useful switch that gives you frame lines for 35, 50, 75 or 90mm focal lengths. 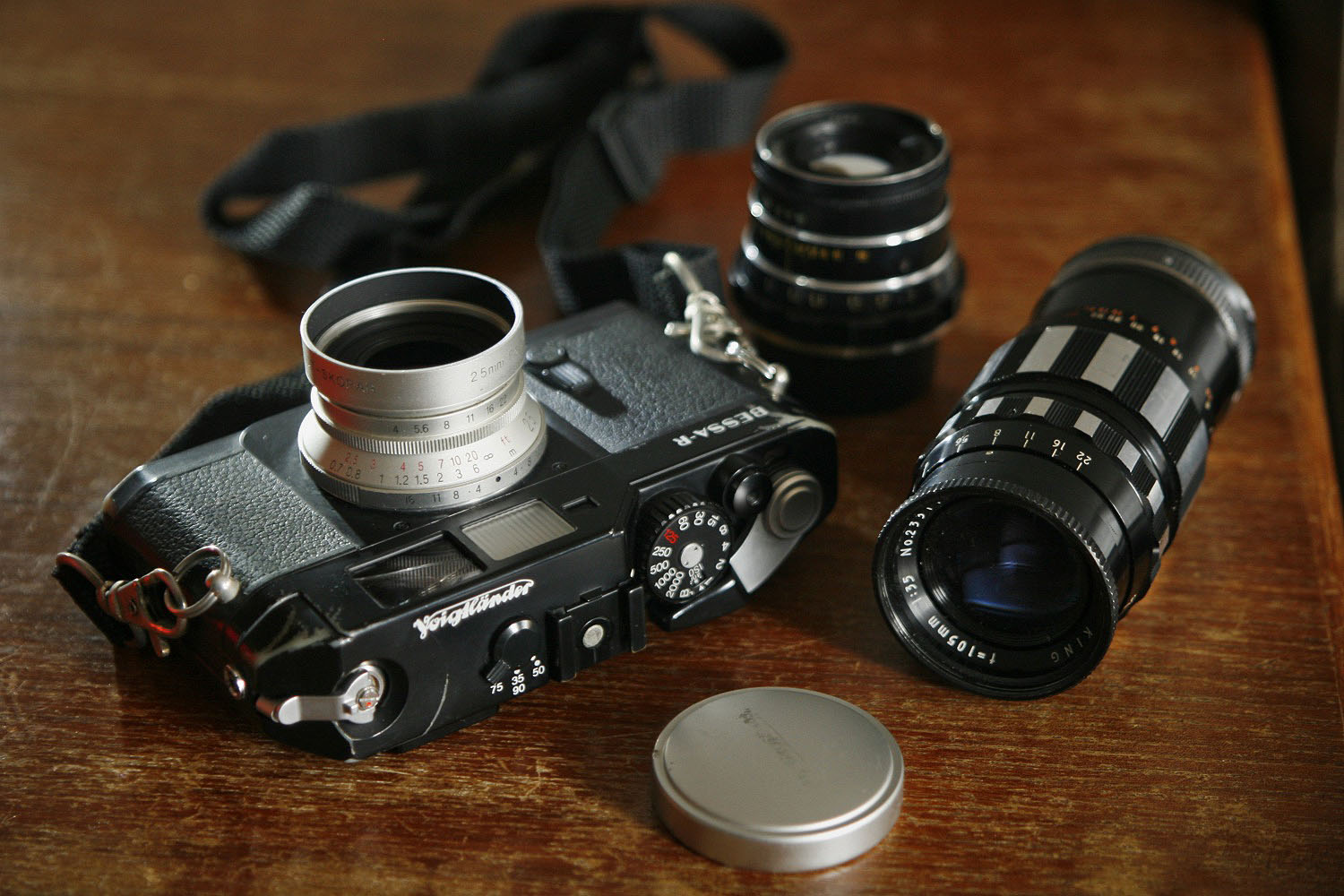 I even find that the entire viewfinder has a field of view approaching 25mm –a perfect match for my Snapshot-Skopar 25mm f4, which I use on the Bessa R without the lenses’ accompanying external viewfinder. Aside from this ultrawide optic, I also pair my camera with a Russian Industar 61LD 50mm, and an Asanuma 105mm f3.5.

This Bessa is so simple that it has no other major controls apart from the self-timer switch out front (which nobody really uses). Aperture settings are on the attached lens which is always the case with LTM optics. Despite having a largely accurate centreweighed TTL meter, the Bessa R is fully manual with no AE and AF modes of any kind. Some shutterbugs might find this to be a dealbreaker since it can slow down the shooting process.

However, I love the mindful state that it puts me in. The painstaking process of assessing the light and adjusting exposure while keeping tabs on the subject is welcome therapy – especially since I make my living off cold, auto-everything digital cameras.

Indeed, I often take a meter reading and adjust apertures and shutter speeds every time the light changes. It’s a habit I’ve developed to quicken my reaction time to those unexpected photo-opportunities.

Another technique I often use on the Voigtlander is scale focusing – that’s when I pre-focus my lens midway between the near and far limits relative to the aperture and resulting depth of field. This eliminates any need to manually focus the lens before taking the shot (as long as my subject is within the area of focus).

When this is done correctly, the scale focusing technique can be faster than the latest, most advanced AF engine! On instances when focusing is necessary, though, the Bessa R’s RF spot is super clear and easy to use.

As these photos show, my Bessa R has endured 14 years of constant wear and tear. The many scratches, bare paint and cracked viewfinder are evidence that this baby never stays for long inside my drybox.

And despite the fact that I’ve never had it repaired or CLAed (cleaned, lubricated, adjusted), it has continuously served me with quiet efficiency. I often worry that this unit will one day bite the dust – when that happens I will be looking very hard for yet another Voigtlander Bessa R.

Travel writer and photographer Lester Ledesma covers Asia for regional and international publications. Follow him at Instagram on @skylightimages.