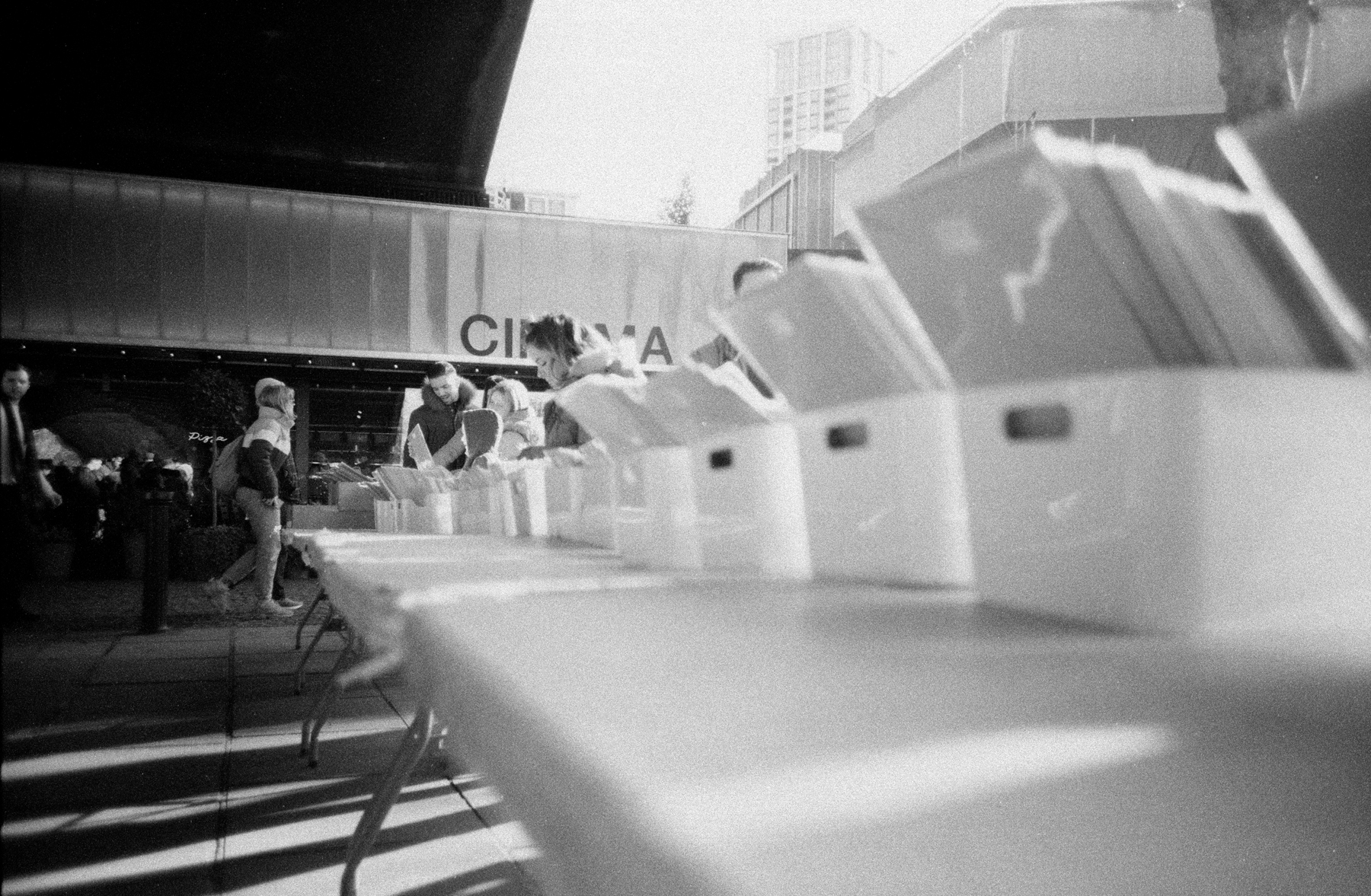 Maco Direct is a German photographic distributer, based near the northwestern city of Hannover.

It specialises in film photography – film, paper, developing chemicals and simple cameras, and sells them to photo shops and private customers all across Europe. (It’s also Kosmo Foto’s German distributor.)

But that’s not all it does. Maco Direct is also the company behind the Rollei-branded films, a suite of mostly black-and-white emulsions, the vast majority sourced from the Belgian film producer Agfa-Gavaert.

Many of these are based off the Aviaphot family of films used in aerial surveying and photographic reconnaissance. These films have an extended red sensitivity – they behave almost like they are infra-red films, though they are still regarded as panchromatic films (sensitive to all wavelengths of light).

The Rollei black-and-white range currently boasts 10 films. One of them is Superpan 200. It’s a relatively inexpensive films, usually on sale for little more than £5. It’s one of many black-and-white emulsions I’ve been meaning to try for some time.

I took part in EMULSIVE’s Secret Santa and was gifted a bunch of films, some of them expired and some new. One of them was a roll of Superpan 200. I decided to use it on of the photowalks I take part in. Given that Superpan 200 is said to boast impressive contrast, I thought I would pop it in my LOMO LC-A+ compact, a camera that really sings with contrasty film.

The walk in February was hosted by Rob Andrews of London Camera Project on behalf of LOMOgraphy, who were using it as a way of promoting their new Metropolis XR Chrome 100-400 colour film. Before putting a roll of the new Metropolis through my LC-A+, I decided to see how the Superpan 200 suited the LOMO look through the streets of central London.

The LC-A+, which was first released in 2006, is an upgraded version of the original LOMO LC-A, a Cosina CX copy first produced in the USSR in 1984. The LC-A+ bought in a few refinements – getting rid of the manual aperture/fixed shutter speed option, adding a cable release socket, and pushing the meter sensitivity up to ISO 1600. Though the LC-A+ is produced in China and not Russia, the lens is a licenced version of the original Minitar 32/2.8 lens. 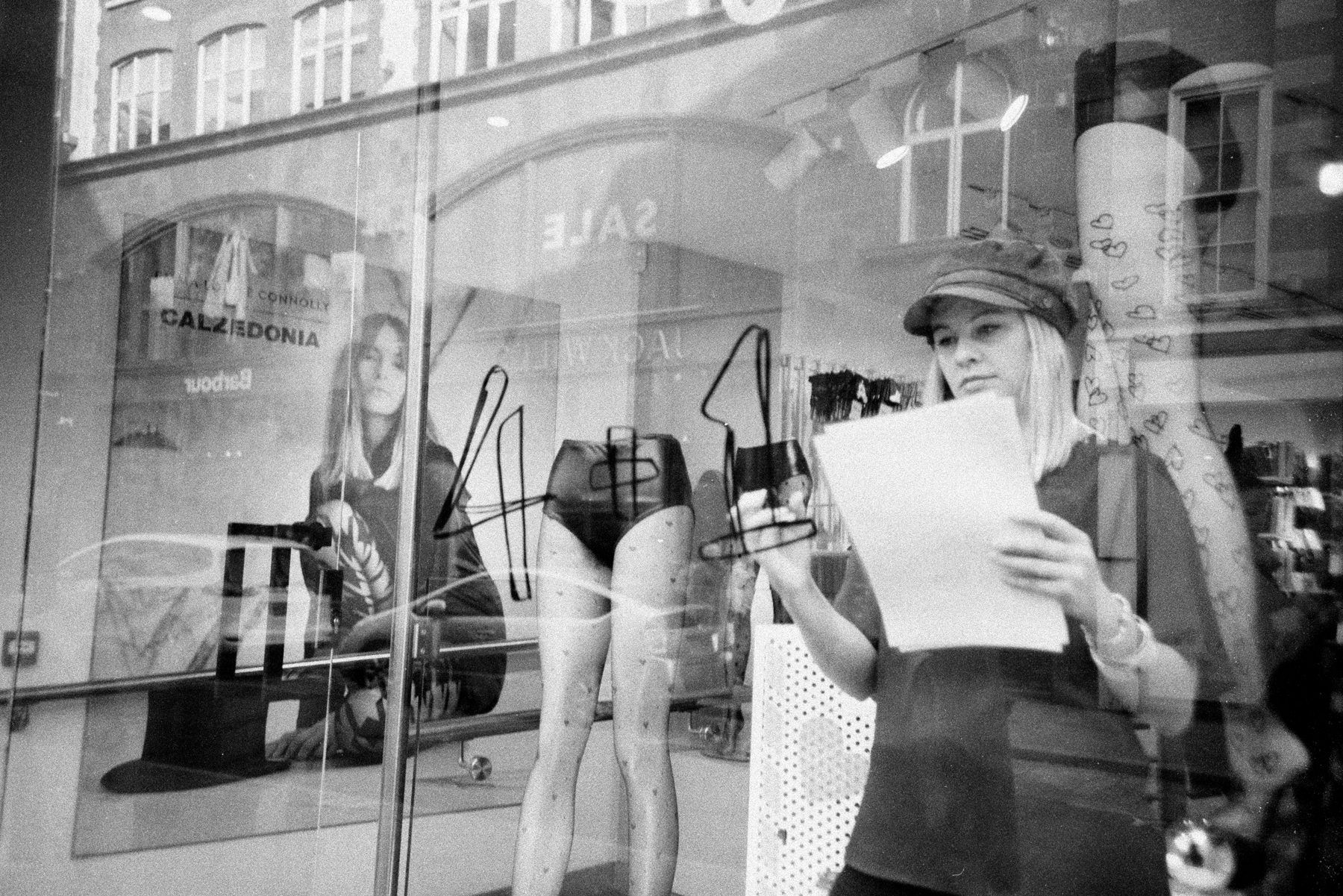 LOMO compacts earned their cult mostly through shooting expired colour films or cross-processed slide, but there’s no reason why they can’t use black-and-white aswell. The trick is to use contrasty films. I’ve had great results using Fomapan 100 and 200 before, or Kodak’s superlative Tri-X. Even after one roll, I am happy to add Superpan 200 to that list as well.

The walk took place on a perfect photographic winter’s day; cloudy at first, but with a strong sun burning through the morning sun to end in a bold blue afternoon. It was a good decision to pop the Superpan first, and I was able to see how Superpan looks in both bright overcast and strong sun. 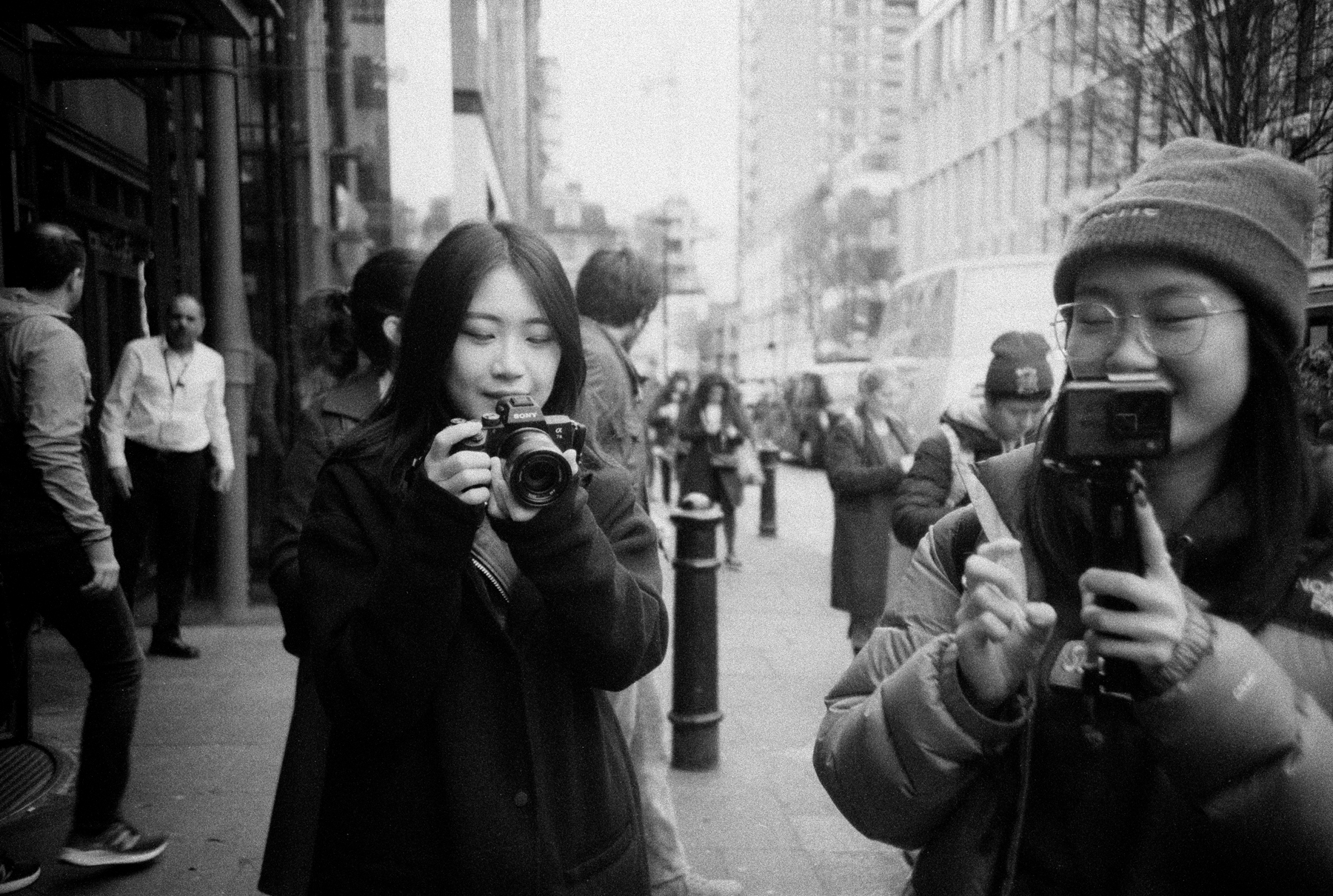 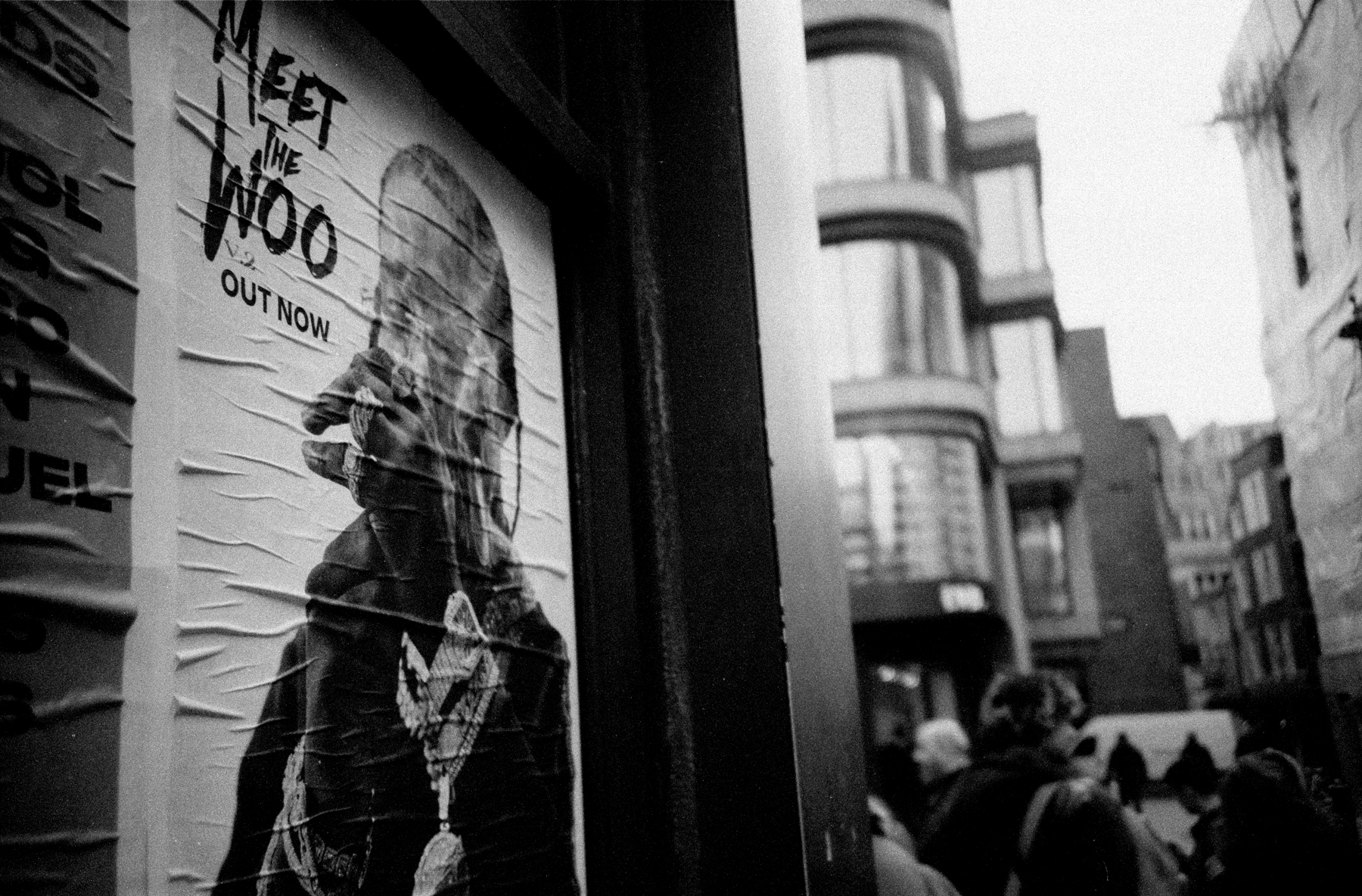 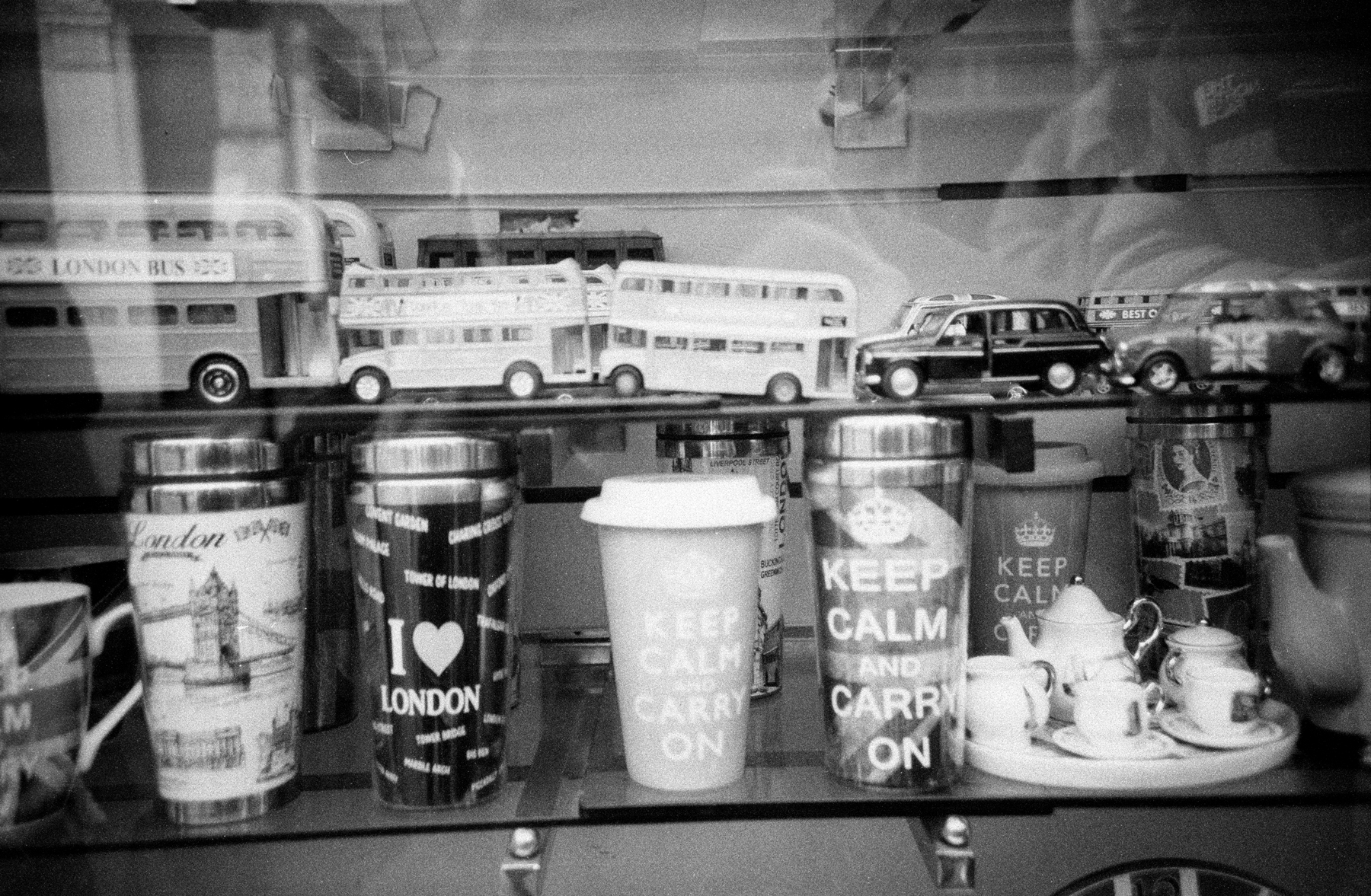 The upshot? This is a film I’ll want to load in my LOMO-like compacts again and again. The film has just enough grain for atmosphere but has fantastic sharpness and a great balance between contrast and a proper range of tones. 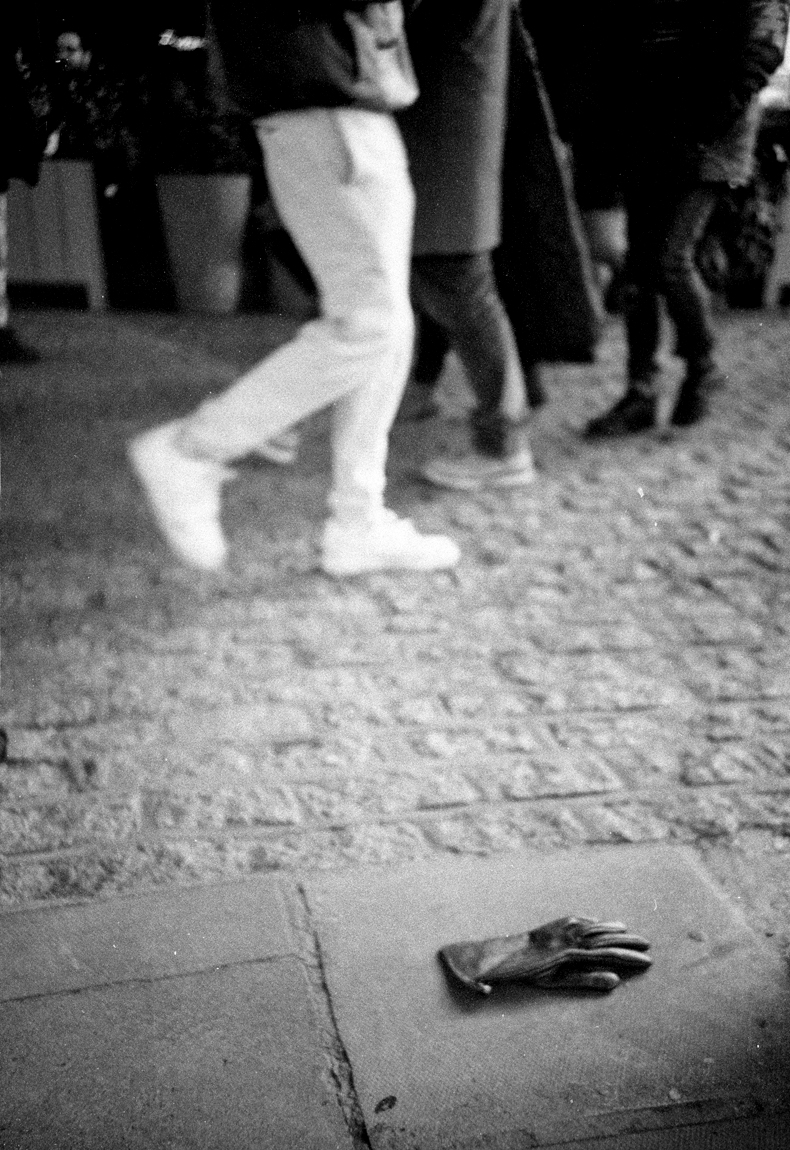 The film’s red sensitivity gives a slight glow to faces and lighter clothing – you can see it in the pic of the film crew and particularly in the light-coloured jeans in the picture to the left. It shares these qualities with films like Japan Camera Hunter Street Pan 400 (another Agfa Gavaert-made film) and the much-loved Fujifilm Neopan 400 (though the effect was subtler). The effects here are possibly exaggerated by virtue of it being shot in a LOMO compact – that lens doesn’t do contrast by halves. It’ll be interesting to see how it fares with lenses with more subtle character.

When I travel, I usually take at least one LOMO-style compact with my – my LC-A, LC-A+ or Cosina CX-2 – and make sure that I’ve packed a few rolls of the original Agfa Precisa or Kodak Elite Chrome Extra Colour 100, the best films for contrasty cross processing. I’ll make sure I add a few rolls of Superpan 200 to the packing list from here on in. 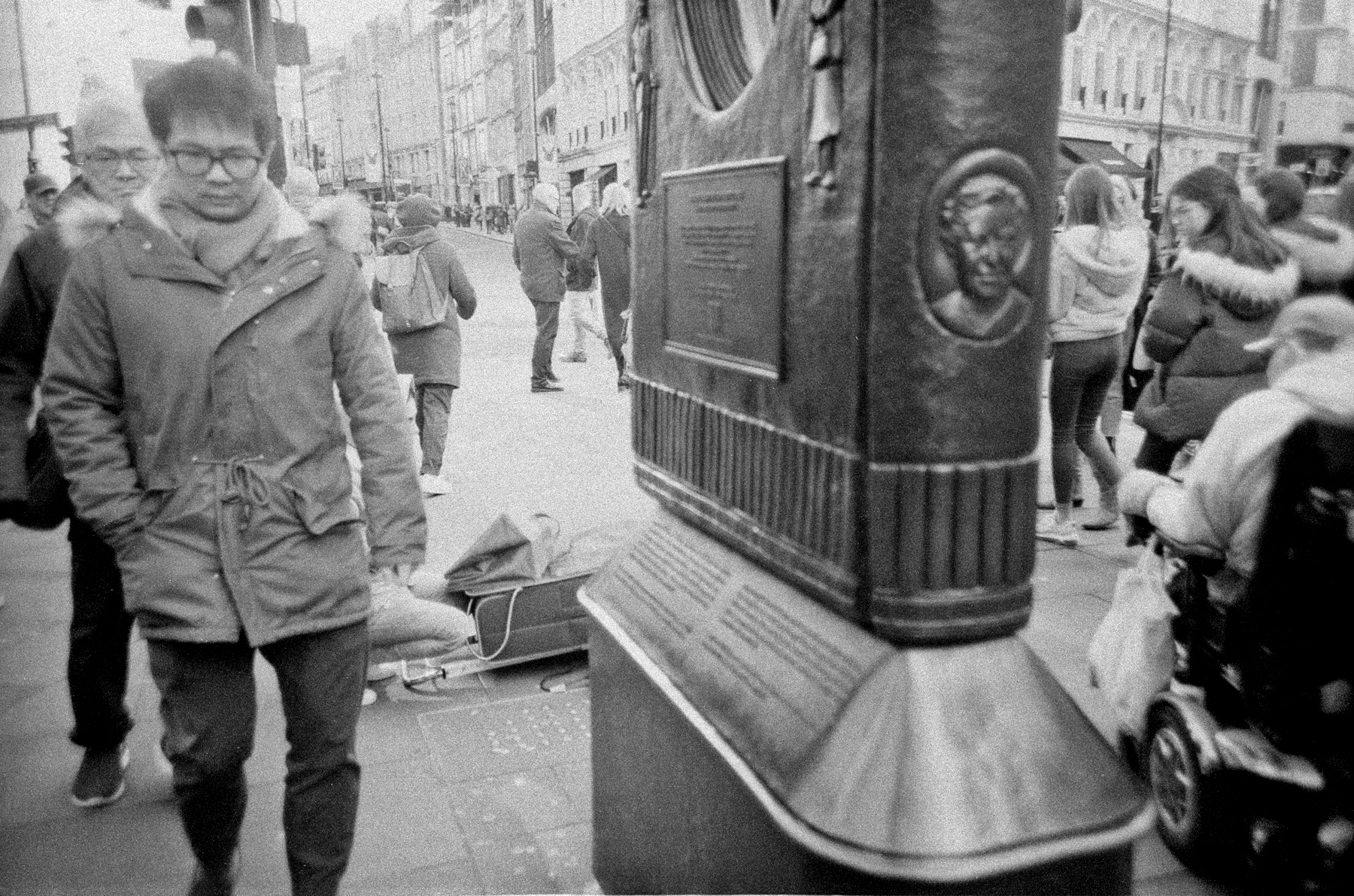 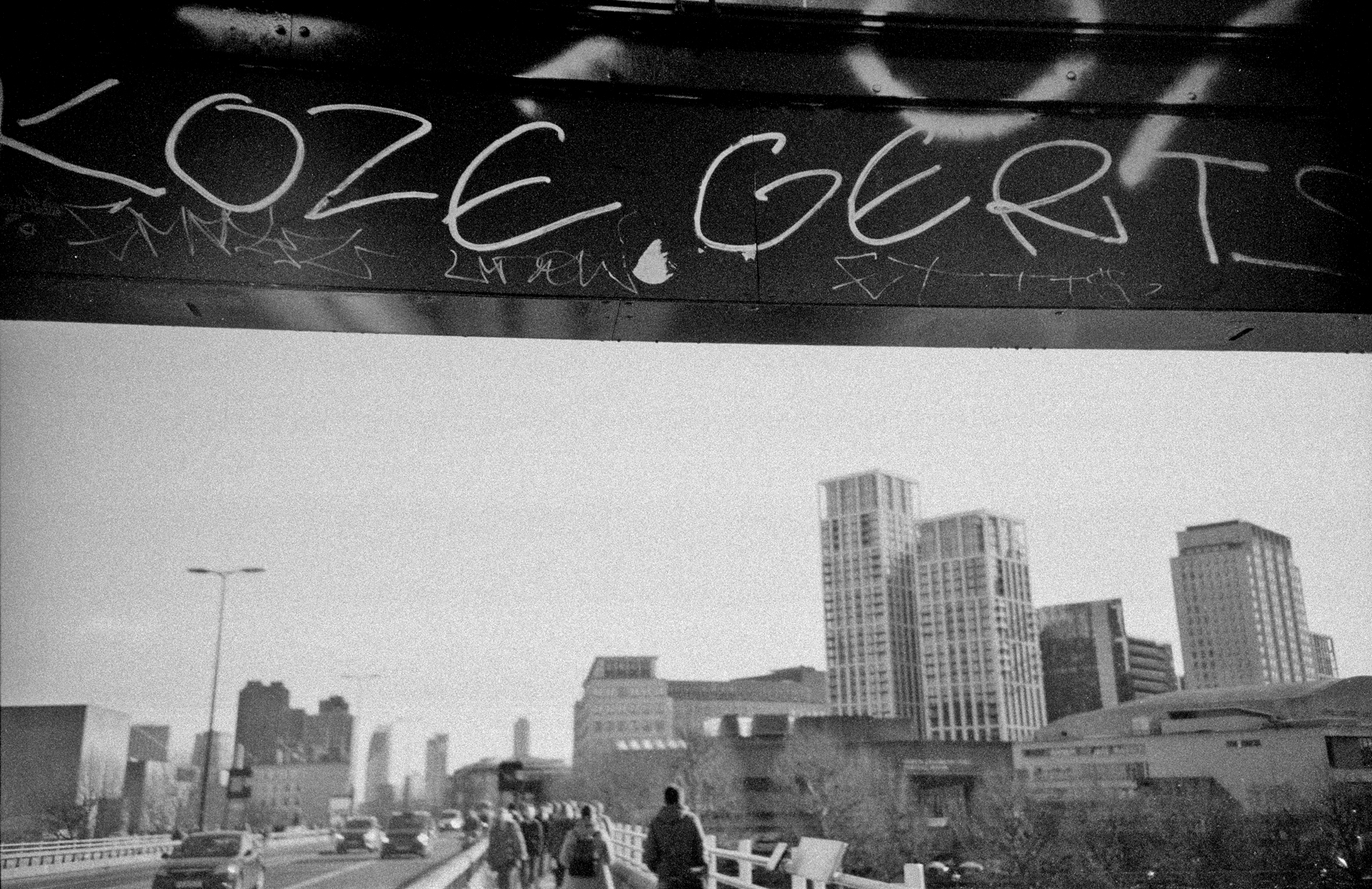 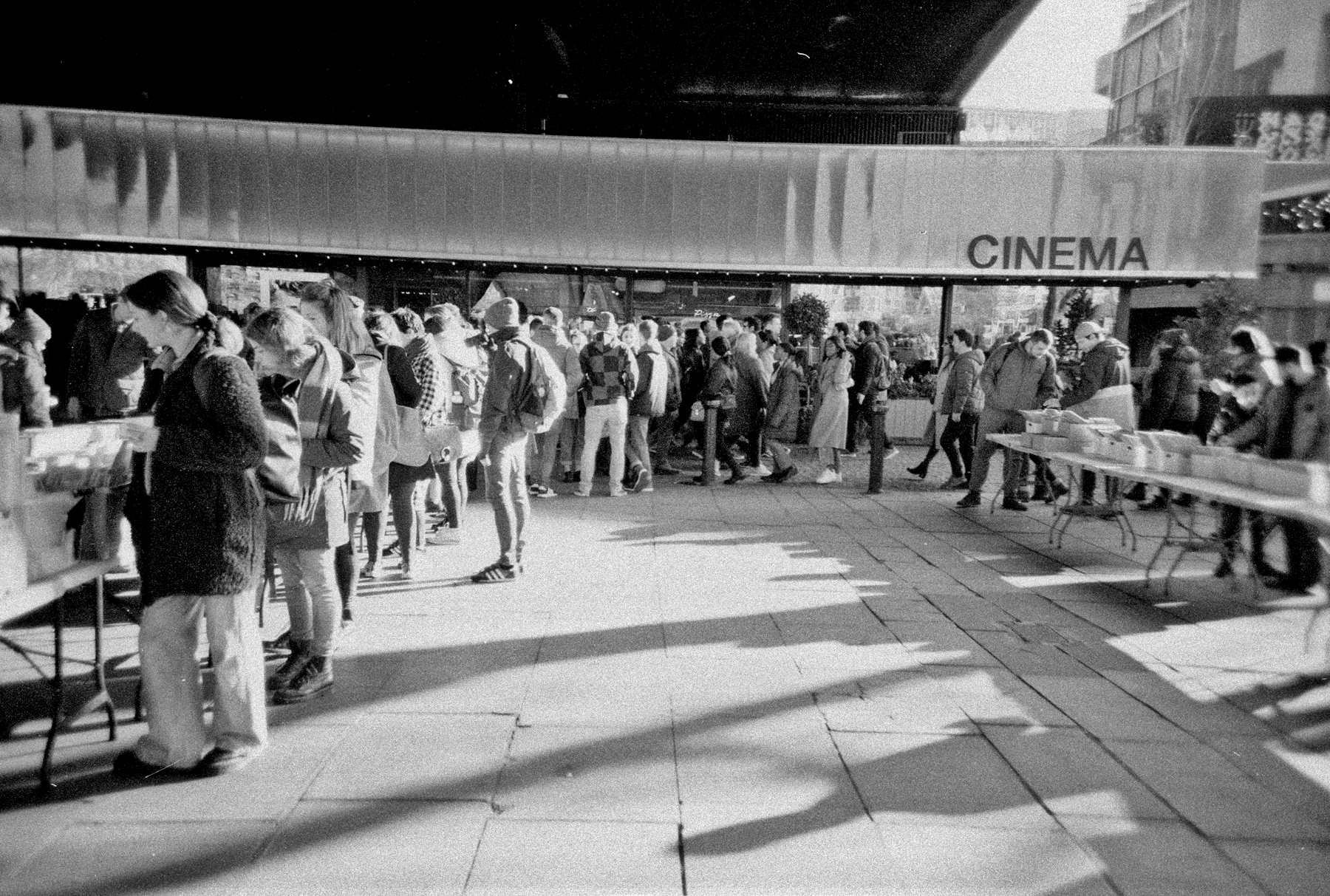 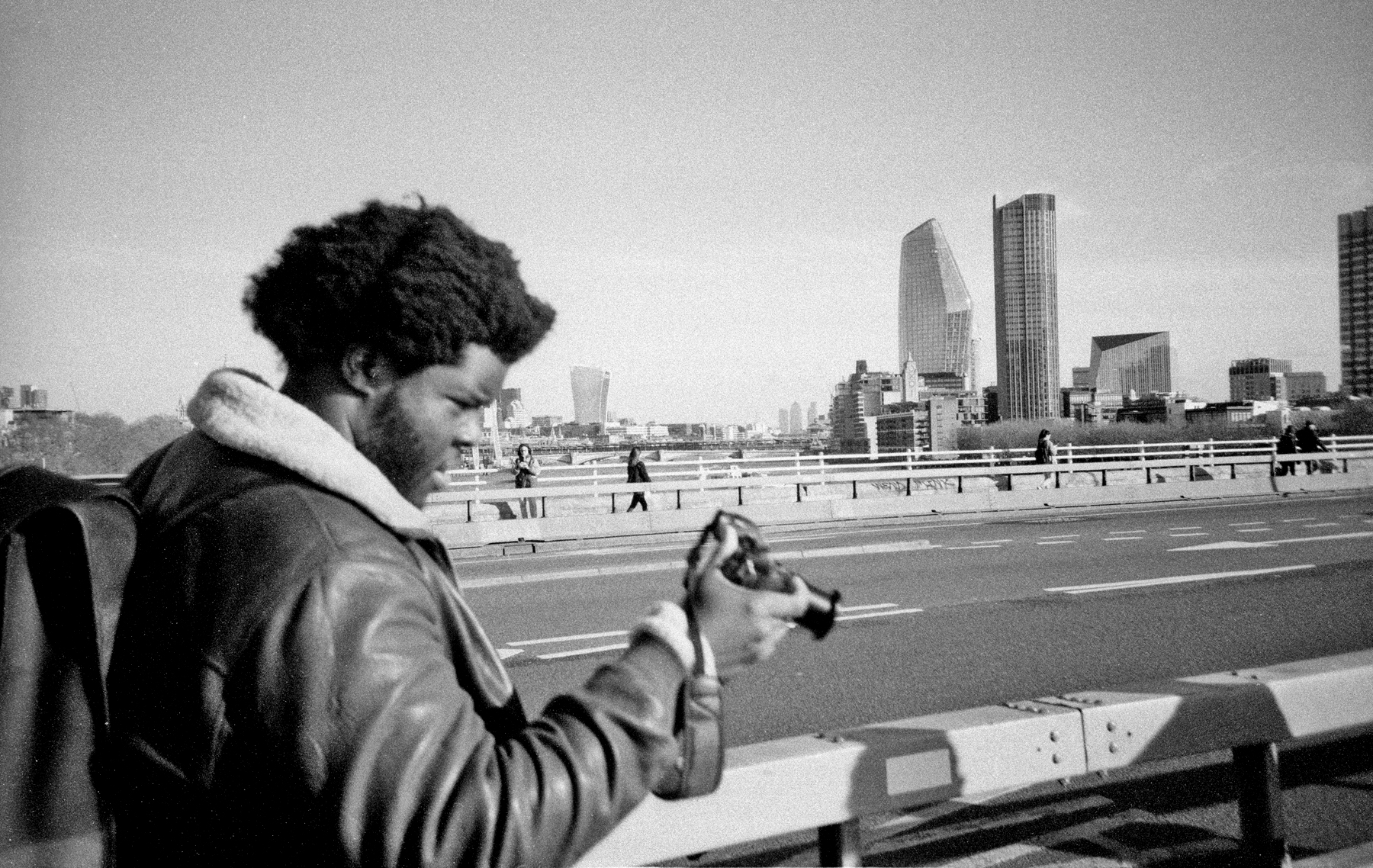 it’s a great film the glow comes from the unfocussed infrared light that the film records. You can also shoot it with a 720nm filter like Rollei IR 400, it has almost the same spectral sensitivity 🙂