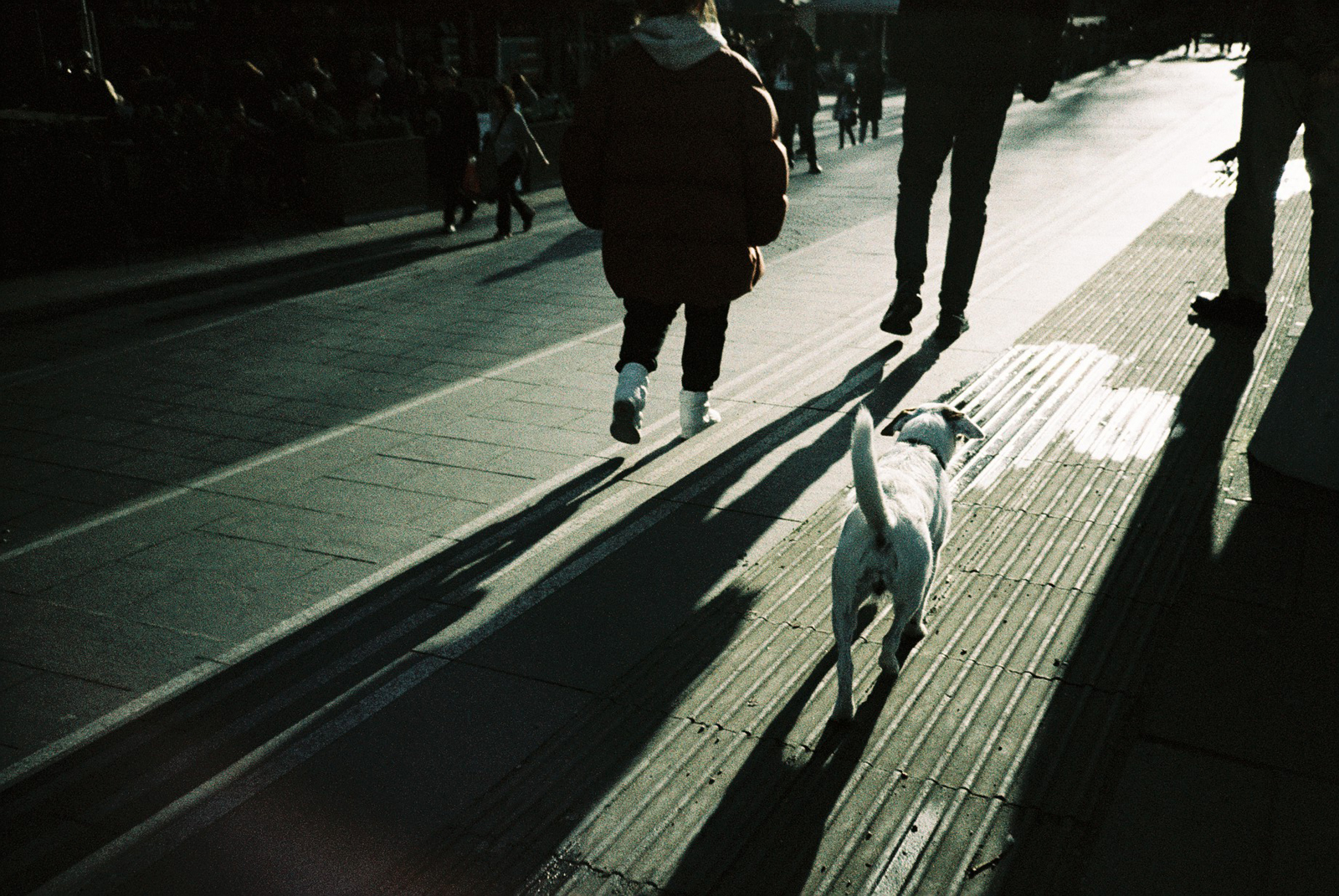 This mouthful of an emulsion would be their first new colour emulsion in half a decade. LOMOgraphy still has a trio of cracking colour negative films – CN100, 400 and 800 – but it has lost two of the films which helped make this experimental movement stand out: the slide films which, when cross processed, created such dazzling, saturated photographs.

When Agfa CT100 Precisa and Kodak Elite Chrome Extra Colour 100 disappeared, the LOMOgraphy movement lost some of the essential elements which made it so intriguing. These two films had been rebranded as LOMOgraphy Xpro Chrome 100. When these films were developed as negatives – cross processing – they produced images with eye-catching contrast, saturated reds, gold and blues and increased grain.

LOMOgraphy’s answer was to up the experimental ante. In the last decade it released films such as LOMOchrome Turquoise XR and LOMOChrome Purple, films with a greenish-blue or purple cast. They also released Redscale XR 50-200, a film that ranged from redscale to muted autumnal colours depending on which ISO it was set to.

The images LOMOgraphy showed on the Kickstarter page ranged from muted to almost monochrome, hinting that this film will change mood depending which speed you shoot it at. 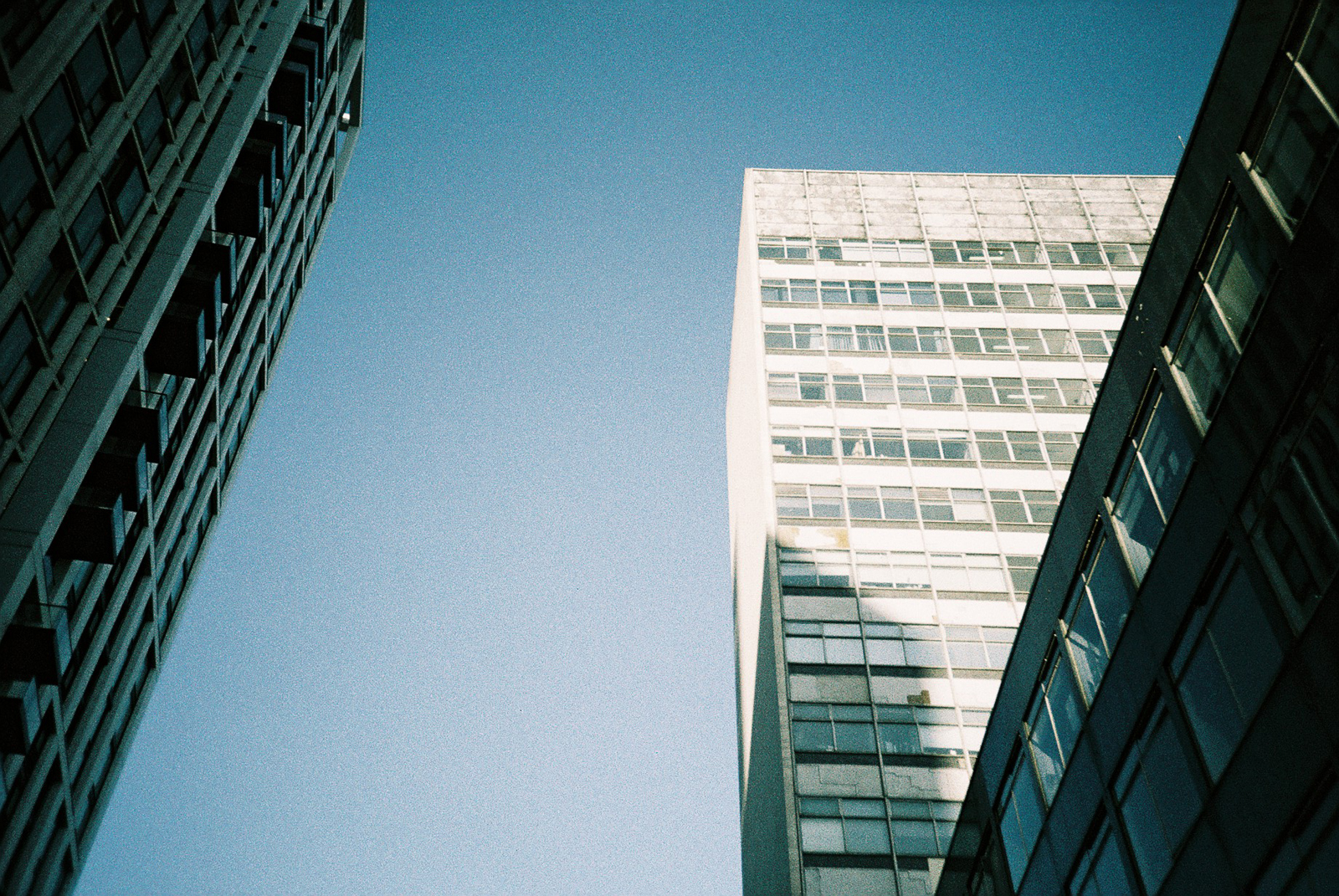 The new Metropolis film certainly boast saturated colours like the CN100 or the old slide films intended for cross processing; the examples in LOMOgraphy’s Kickstarter campaign had a muted, metallic feel, the colours toned down and restrained. It reminded me of some of the Agfa slide films when cross processed.

LOMOgraphy raised more than $165,000 in the campaign, and films started making their way to customers this month. Last week, LOMOgraphy hosted a huge photowalk in London (led by London Camera Project’s Rob Andrews) and had a stash of Metropolis for people to try out. 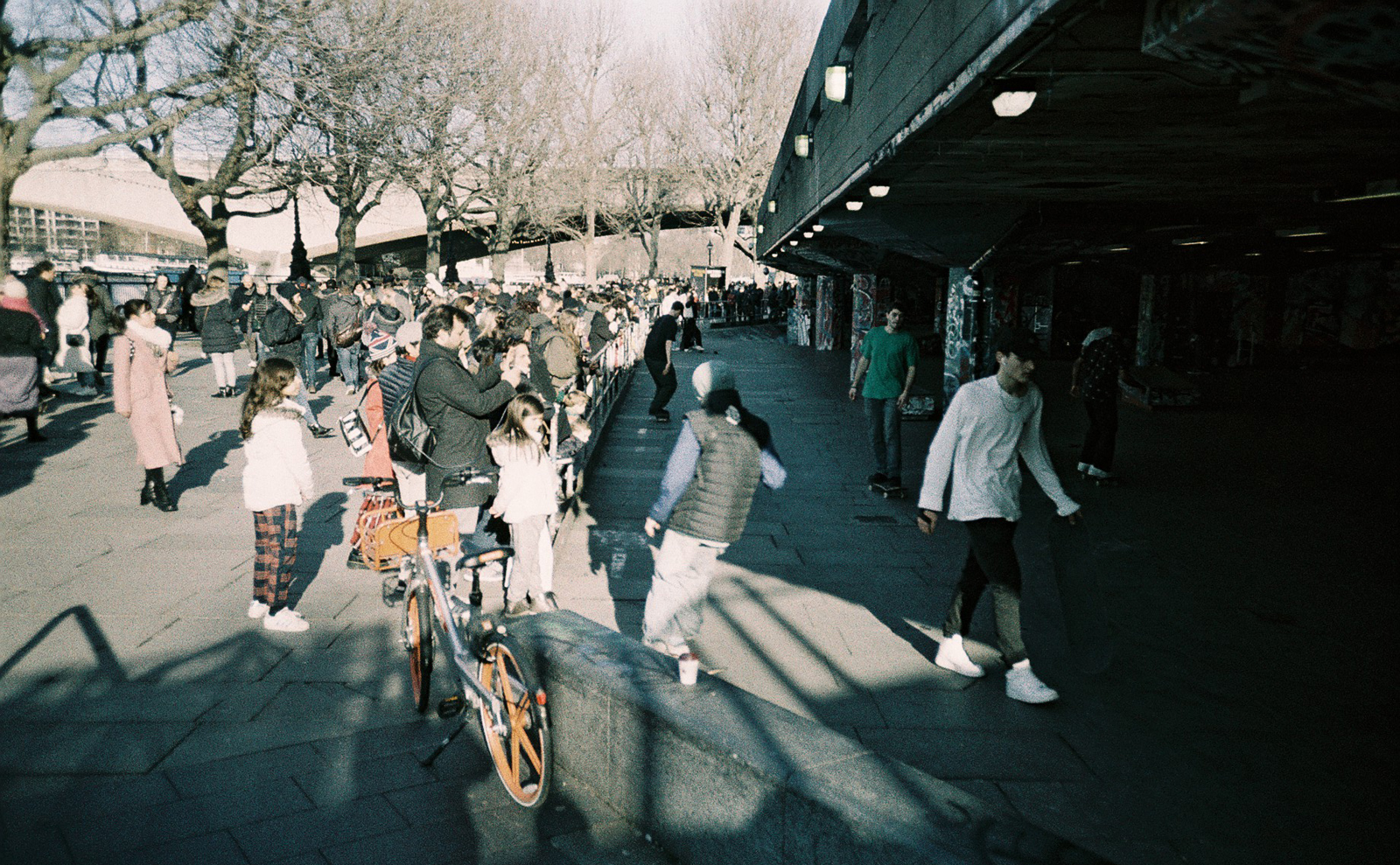 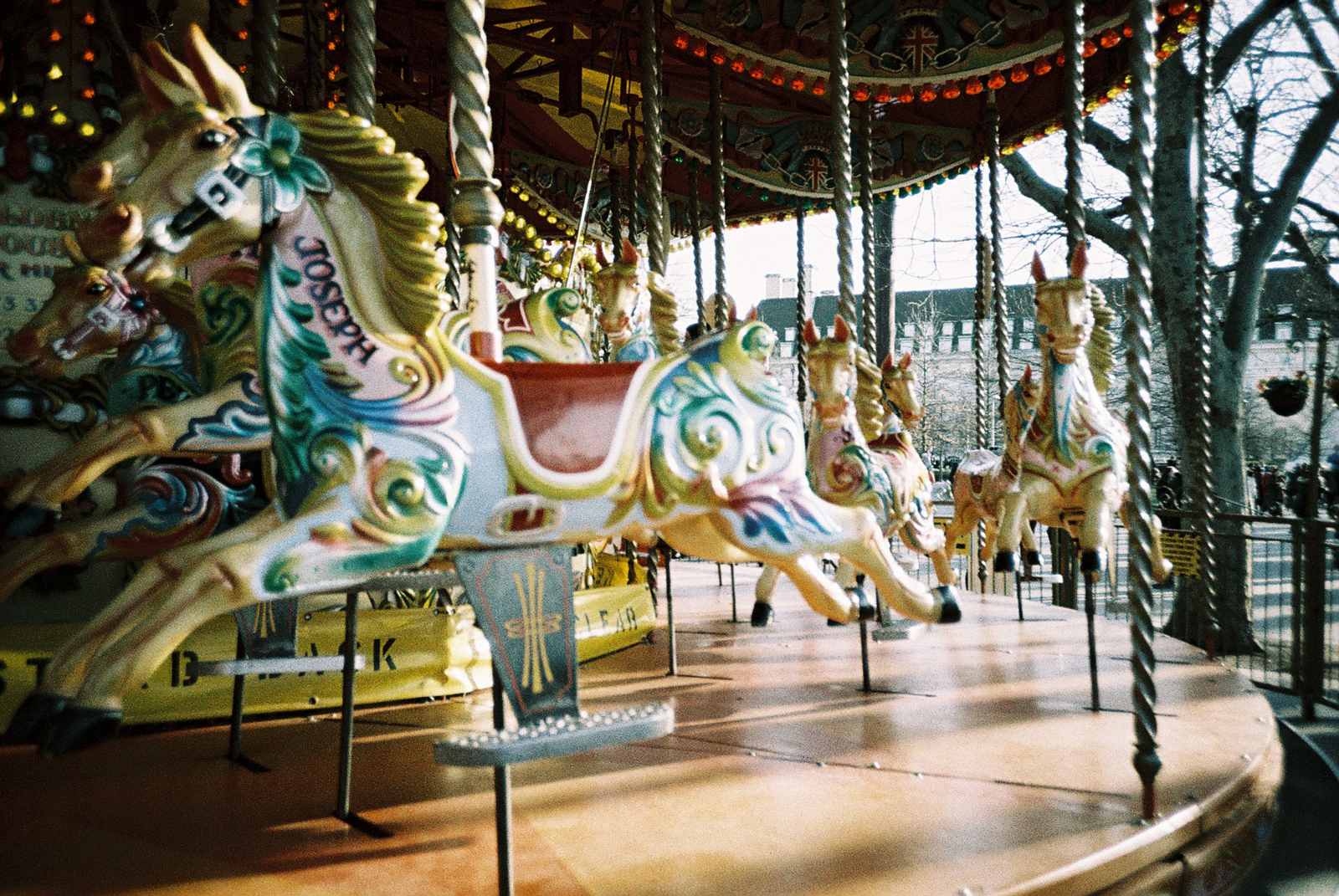 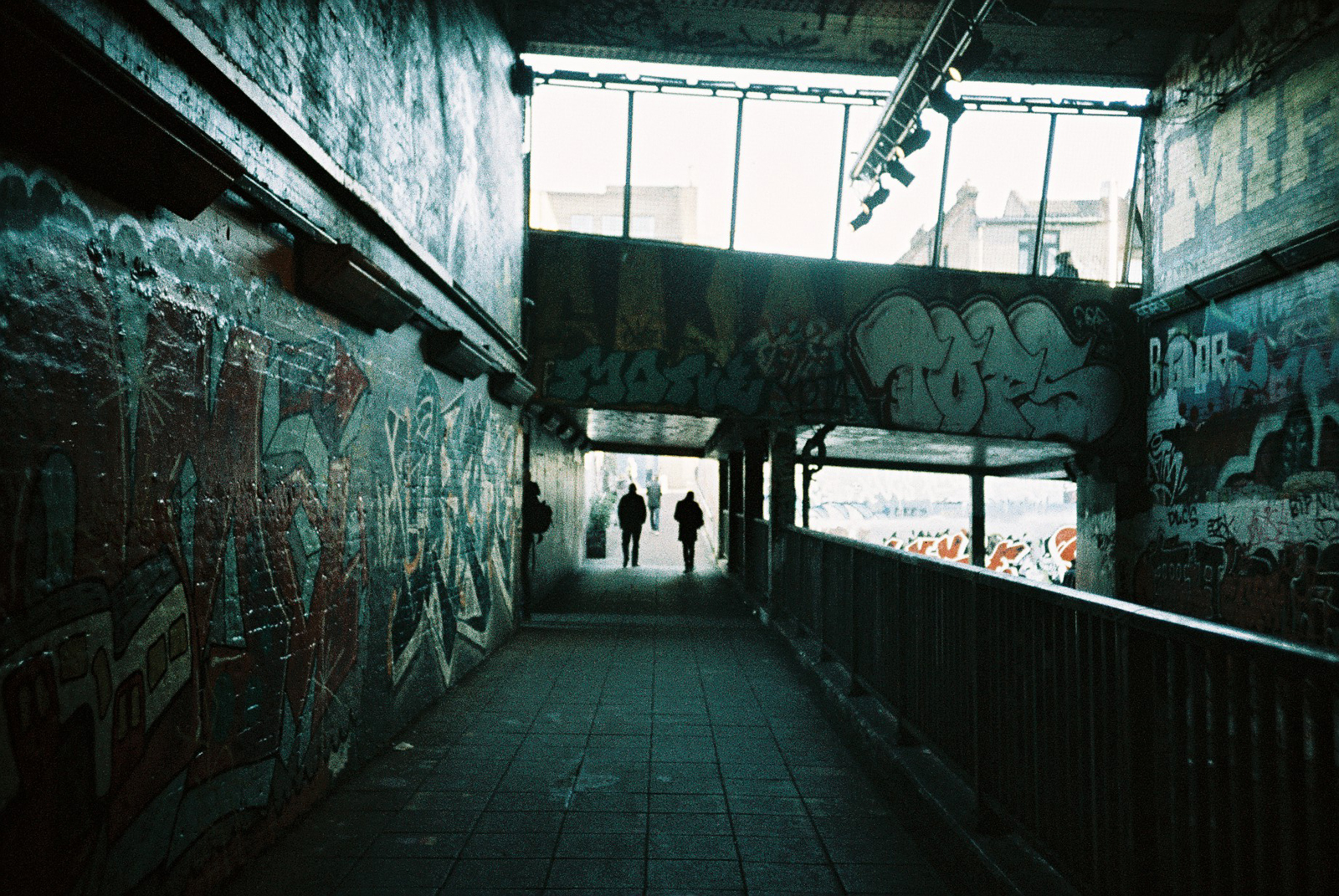 I was lucky enough to grab a roll of Metropolis, and loaded it in my LOMO LC-A+ – seeing as this was a new LOMOgraphy film, it made sense to put it through a LOMO. The walk, through London’s Soho and down into Covent Garden before crossing the Thames to the South Bank, took place under bright winter sunshine. That’s not something you can bet on with London in February.

The new Metropolis was not a film I wanted to test in overcast light, and that hunch paid off. Shoot this on a grey winter day and the colours would be so muted it would practically be monotone. I chose to shoot it at 200, in the middle of the film’s recommended ISO range. 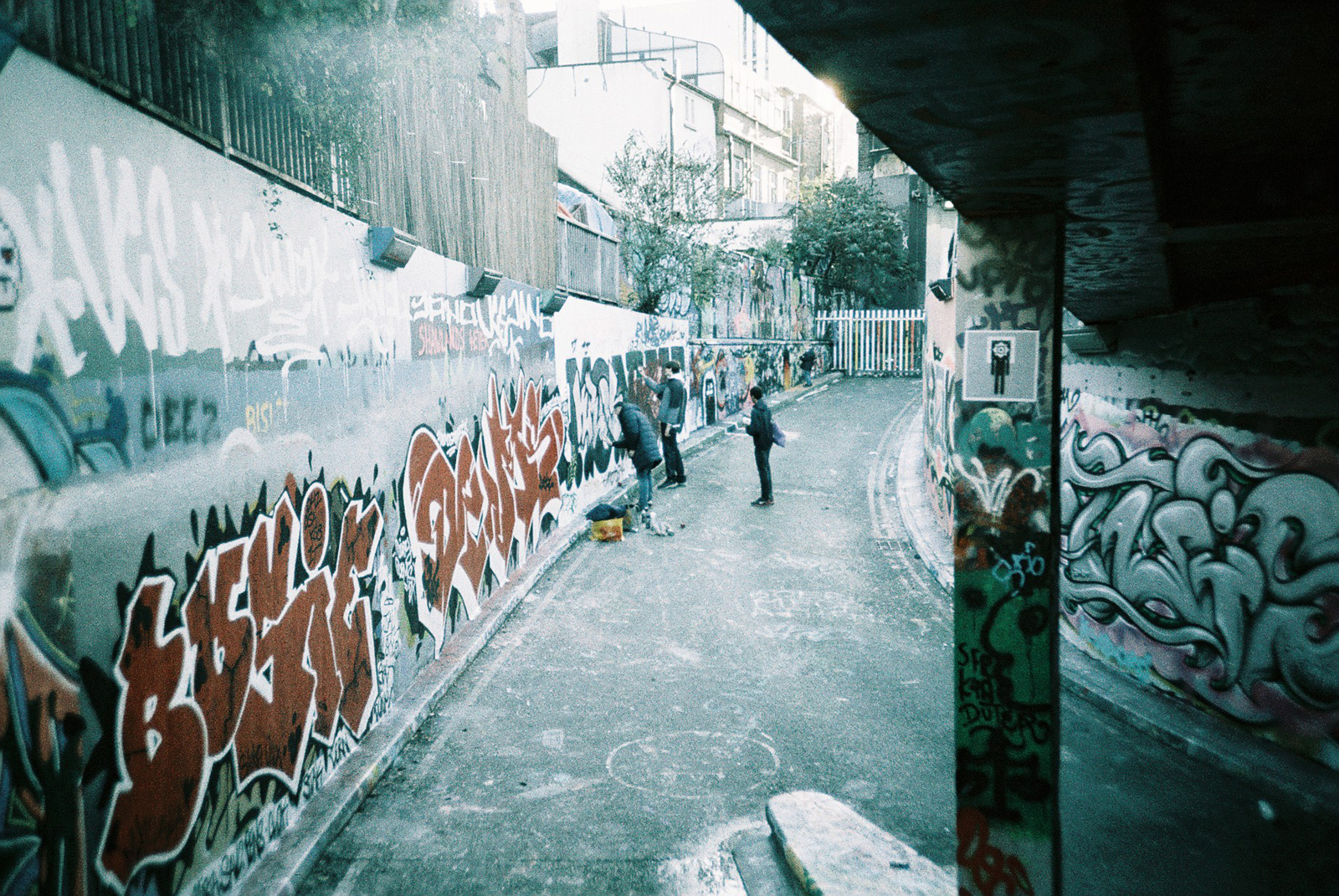 As you can see from the scans, the film has a vintage, retro looks in spades – even in bright sunlight, these pics have a grey-ish, green-ish cast; the “chrome” in this film’s full name is no mistake.

Metropolis is an experimental emulsion, much less conventional than LOMOgraphy’s own suite of colour negative films. These films get bashed by some, but I think that’s missing the point of what they are intended to do. Metropolis won’t be the most natural choice for shooting subjects calling for naturalistic colours, but might be just the thing for those wanting a more retro look. LOMOgraphy aren’t trying to create a Portra 400 clone – we have that film already – but something more specialised.

I erred on the side of caution shooting this at 200, just because I knew some of what I’d be shooting would be in shadow or under cover, and sometimes an extra stop of speed is useful. The next roll I’ll shoot at 100, to see if the colours get richer and more saturated. And who knows – maybe one cloudy day I’ll set the ISO to 400 and see just how muted this film gets.