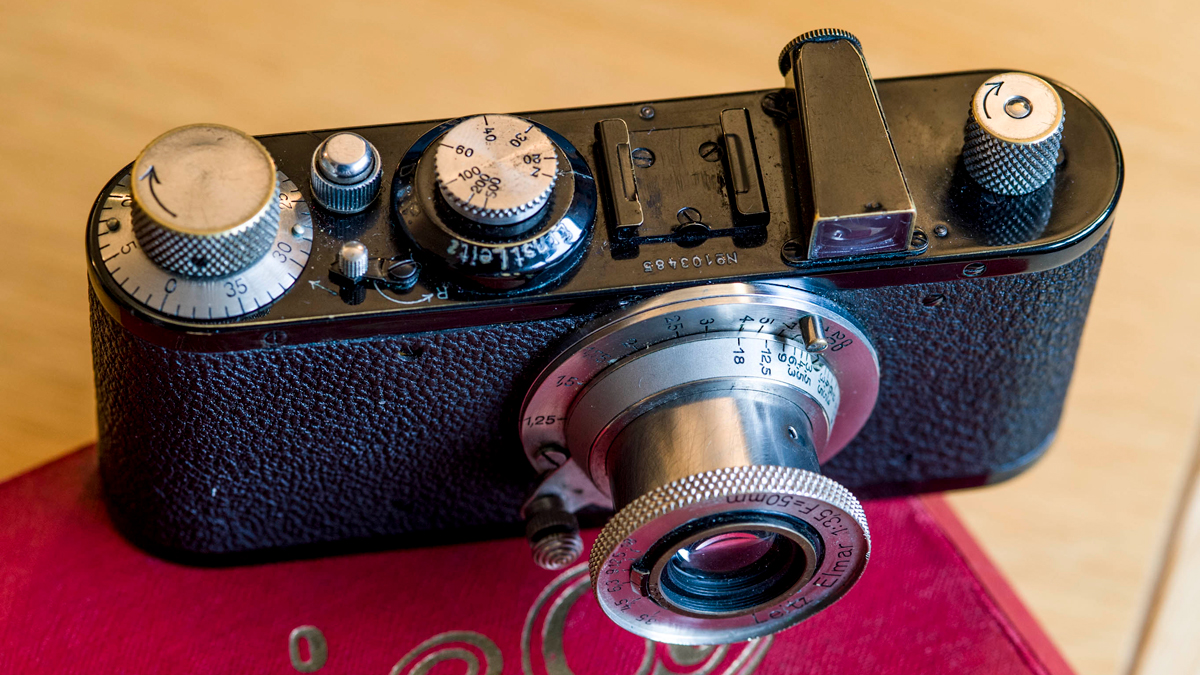 Bringing order to a classic’s chaos

The Leica of the 21st Century doesn’t really do budget cameras. The cameras they make at their base in Wetzlar, Germany are precision items, hand-built testimonies to German engineering and craftsmanship. That, as you’ll know if you’ve ever browsed through the listings of Leica rangefinders recently, definitely comes at a price.

But it wasn’t always this way.

Oskar Barnack worked for lens manufacturer Leitz as an engineer. He wanted to create a lighter, more portable camera – one that you could fit in your hand – and saw 24mm x 36mm cinema film as the perfect format. Barnack’s experiments lasted a decade until he convinced the management at Leitz to allow him to build prototypes; 31 pre-series Ur-Leicas were built, based on the concept Barnack had been toiling over for a decade, and sent out to employees and selected photographers to test. The following year, the Leica I ( a portmanteau of LEItz CAmera) went into production.

Leitz’s diminutive camera was an instant hit, and it wasn’t long before improvements were made. In 1930, The Leica I started appearing with an interchangeable lens mount, accepting any lens made using the 39mm screw mount. In 1931, Leica standardised the distance from the rear of the lens mount to the film plane to 28.8mm. Suddenly, the little Leica was a system camera, allowing photographers to change lenses and viewfinders on the hoof.

You can’t overstate just how important this was. Before then, each lens would have to be tweaked so that it focused at the correct distance – but only for your camera. That, however, meant that it might not be calibrated properly for someone else’s. Suddenly, each new Leica camera and each new lens would work with each other.

The Leica Standard was the fourth model of the Leica I to be produced. It was aimed at photographers who wanted a small and flexible camera but couldn’t quite part with the money needed for the standard model.

The Leica Standard is essentially a Leica I with a few of the bells and whistles removed. The Leica I didn’t have an inbuilt rangefinder (that would come with the release of the Leica II in 1932), so neither did the Standard. Instead, you would use an accessory rangefinder – made by Leitz, of course – such as the FODIS, which fitted into the flash bracket on the camera’s top plate. Nor did it have the slow speeds of the Leica I that might have made it useful for landscape photography. The Standard’s viewfinder sits above the top plate, and looks like an accessory rather than integral part of the body.

The Standard, however, came with a lot of those incremental improvements that had been added to the Leica I over the last seven years. Compared to the large and medium format cameras which had come before it, the Leica was lightning fast. Just by turning one large knurled knob on the top of the camera, you both advanced one frame of film and cocked the shutter ready to take a photograph – revolutionary for 1920s photographers. You can see why those who wanted to capture life on the streets, or far-flung corner in the inter-war years, plumped for a Leica.

Barnack had realised the smaller surface area of the 35mm film used inside the Leica would mean the camera would have to sport particularly sharp lenses so that larger prints would be acceptably sharp. The lens that became the standard with the early Leicas was the Elmar 50/3.5. This was constructed using the Cooke triplet formula which had been patented by a lens manufacturer in York, England in 1893. Triplets are about the most simple lens construction possible that will still let you take sharp images. A triplet consists of three elements in three different groups. It’s a brilliantly successful formula, and you can still find it in use today in cameras such as LOMOgraphy’s version of the Soviet-era Lubitel 120-format TLR.

Most Leica Standards came with the Elmar 50/3.5 collapsible triplet lens. When the camera wasn’t in use, the lens could be recessed into the body. This made the camera even more pocketable.

The Leica Standard’s top plate is as uncluttered as you would expect from a 1930s camera. Holding the camera in front of you, the combined film advance and non-returning film counter are on the right hand side. On the far left is the rewind knob. The shutter button sits next to the shutter speed selector. About the only thing that looks out of the ordinary is what looks like a second cold shoe for the flash – this is in fact for the accessory viewfinder most customers would have ended up buying in order to compose their shots. (Remember, this budget Leica’s body didn’t come with a viewfinder.)

The first batch of Leica Standards built from 1932 were finished in black, after that, the camera bodies were made in either black or chrome.

The 1930s saw an enormous amount of interest in Leitz’s camera. Despite the fact the little Leica was something of a luxury amid the financial devastation of The Great Depression. The Leica II, which came out in the same years as the Standard, was followed by the even more ingenious Leica III in 1933, which offered slow speeds down to 1 second; the Leica IIIa which followed it even added a fastest speed of 1/1000, and the improved IIIc whose production started just as the world lurched into a second world war. Even amid these improvements, the Standard was kept in production, a shooter for those on a shoestring. In fact, production didn’t stop until well after the end of World War II – the last rolled off Leitz’s production line in 1949.

The major thing holding make the casual film photographer from picking the Standard and shooting with it is the bottom loading. Like all the Leica rangefinders of the age, the Standard is loaded from the bottom, rather than via a hinged, opening back. This means the film has to be trimmed to fit the camera’s take-up spool.

In his post on shooting the Leica Standard, 35mmc’s Hamish Gill talks about the Standard’s looseness as a shooting camera – there’s a little more give and take in the Standard’s knobs and dials that you might expect from a camera with the Leica name.

But that doesn’t seem to get in the way of shooting with it at all. “When I pick it up, I’m not expecting any of the bells and whistles, I’m just expecting a shutter in a box that I can attach a lens to… and that’s all I get; nothing superfluous, no unused features, just tool that feels like it’s perfect for the chosen task at hand, says Gill. “That is to say, despite its age and its simplicity, it just functions – for the way I shoot it, it does exactly what I need it to.”

Gill also makes the point about the underlying genius of Leitz’s decision to standardise that lens-to-film distance. Even the lenses Cosina made in the 1990s for its Voigtlander-branded LTM cameras will mount just fine. From the dawn of 35mm cameras all the way to film’s last golden era before digital, all on one camera.

“The Standard didn’t even have a viewfinder.” Sure it did/does! 😉 Nice write-up though!

Integrated in the body, I meant…

Recommended reading : Down the Road

[…] 📷 Stephen Dowling reaches back into the 1930s to look at the Leica Standard, a sort-of budget Leica. Read Kosmopedia: Leica Standard […]

[…] camera Darren had been asked to test was a Leica Standard, one of Leica’s most popular screw-mount rangefinders from the 1930s. It was the fourth version […]