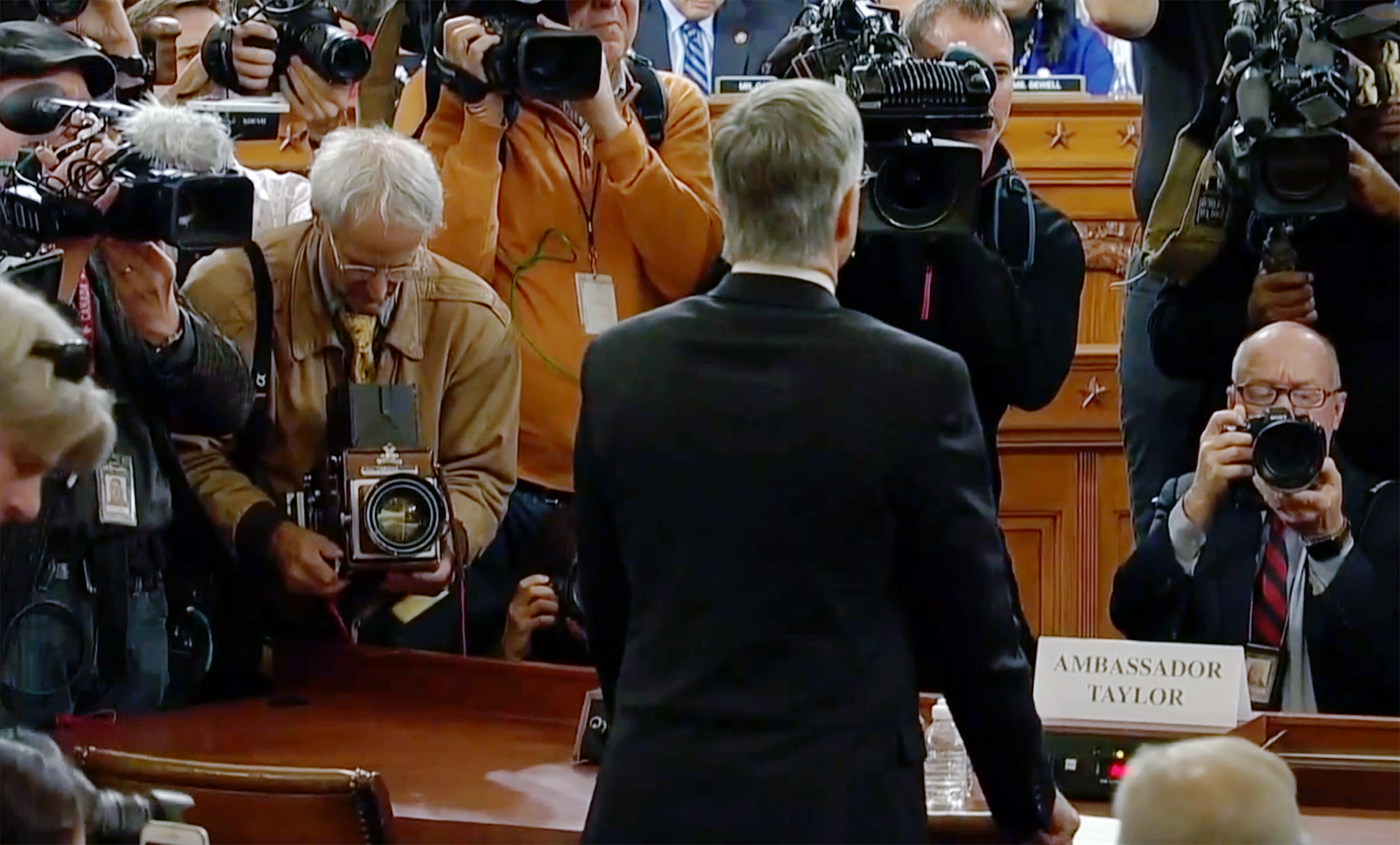 Photographer David Burnett has always been happy to strike away from the press pack when covering new events.

In 2000, covering the Presidential race which delivered George W Bush to the White House, Burnett took a now iconic image of Democratic Party candidate Al Gore with a Holga and a red filter.

On Wednesday, he appeared at the first day of the Senate hearing into President Donald Trump’s impeachment hearing on Tuesday (12 November) with something else entirely – a large format film camera.

Burnett can be seen holding the camera – an Aero Liberator – amid the press photographer scrum, most of them shooting Canon or Nikon  DSLRs. (DPReview.com was amongst the first to notice this)

Burnett showed off his less-than-compact, wooden film camera on Twitter.

Burnett is a veteran of the US press corp,s having taken pictures during the reigns of 10 US presidents (from Richard Nixon in the 1960s up to Donald Trump today). He is also the co-founder of the Contact Press Images agency.

This year, he released the book ‘We Choose To Go To The Moon’, which contained photos of the crowds watching the Apollo launches from Cape Canaveral.

No doubt this will be shock for Mr. Trump!

4×5 sheet film. You really have to choose the moment. You figure maybe 15 shots total for the session. Saves a heck of a lot of time editing however …….