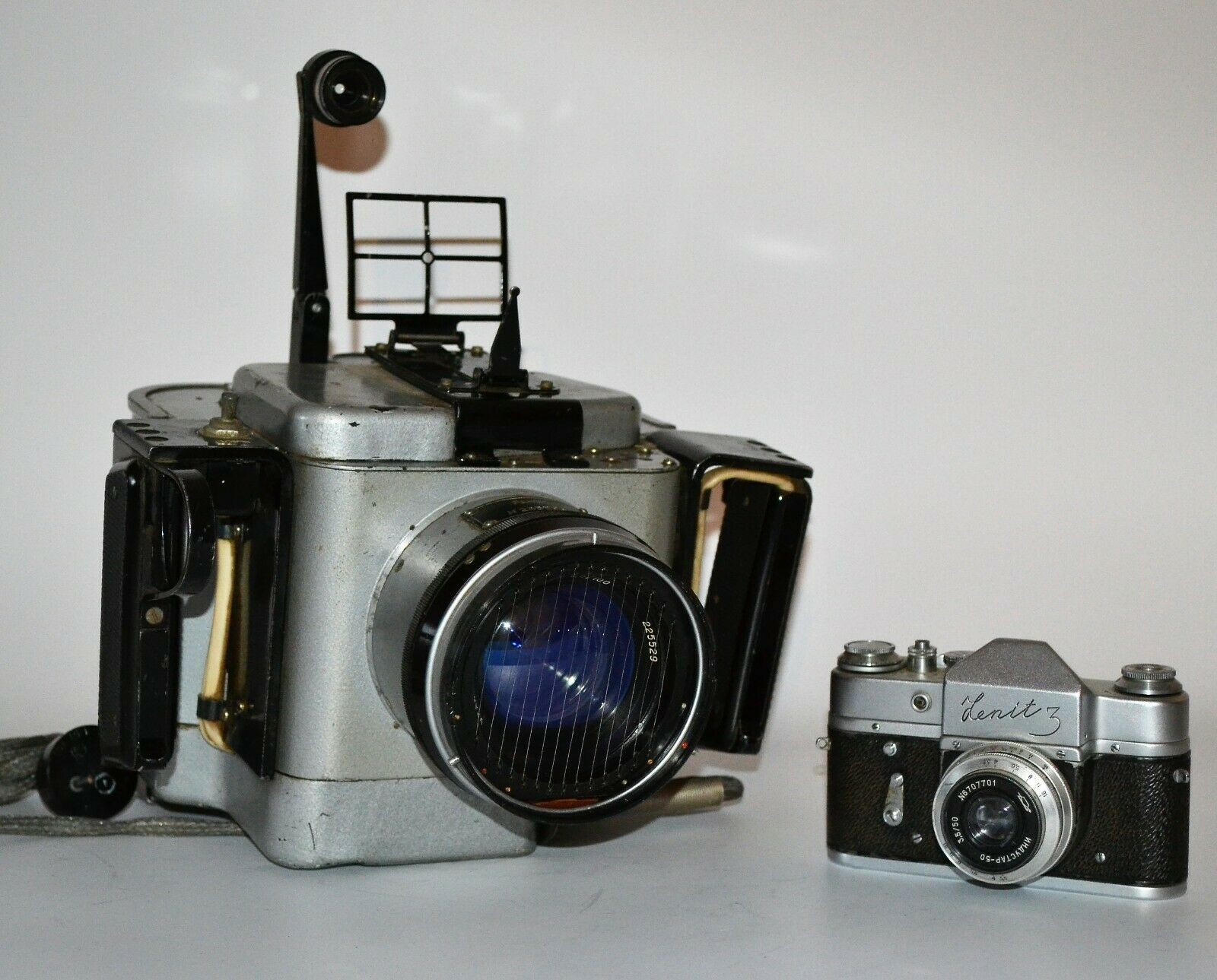 The Soviet Union built a bewildering array of cameras over its 70+ year history, from tiny spy cameras you could hide under a coat to giant wooden large format cameras.

And those were just the cameras that required a human finger to press the shutter.

The Soviets also built a huge number of secret military cameras designed to take images from the air or space.

Now we have found another camera for sale – which might not be as rare, heavy or as expensive, but still ticks the boxes when it comes to Cold War cool.

Two separate sellers – one in Russia, the other in Ukraine – are currently offering RA-30A aerial cameras, standard cameras carried by Soviet reconnaissance aircraft during the Cold War. Both of the cameras also come with the standard Uran-27 100/2.5 lens which was fitted as standard.

According to the Russian site Photohistory.ru, the cameras were built in the Kazan Optical-Mechanical Plant, in present-day Russia, which was established in 1940 and still builds optics and cameras for the Russian military.

The seller in Russia says the camera they are offering was from a MiG-21R reconnaissance fighter – a version of the famous MiG-21, the most produced supersonic fighter in history. This example is being offered for $489 plus shipping.

MiG-21s usually carried cameras in a centreline pod underneath the fuselage. The camera would be loaded with up to 19m (63ft) of film. The RA-30A used 80mm film, shooting on a frame 70x80mm.

The other camera, offered from Ukraine, was mounted in an Ilyushin Il-76 transport plane, the seller says (the Soviet equivalent of a Lockheed C-141 Starlifter), and was removed by the pilot from the aircraft. This example is being offered for £615 ($793) but  that does include international shipping.

Both cameras show signs of use, so it looks as if they were indeed working models.

The camera are more likely to be shelf queens than anything practical to use – you’ll have to find 80mm film from somewhere, and the cameras weigh in at more than 8kg (17.6lb) – but this is definitely something that’ll put your Zenits and Kievs in the shade.