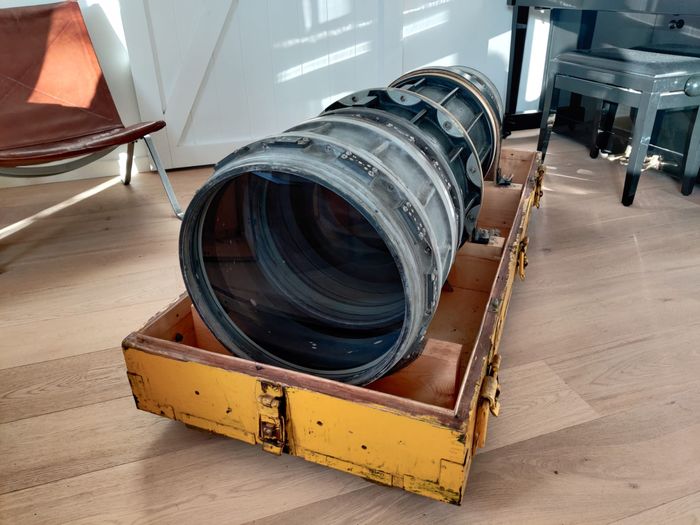 Have a love of Soviet lenses and waiting for that one piece to really finish the collection?

It may be time to contact your bank manager, and look for a sturdier display cabinet.

The online auction site Catawiki currently has a listing for a Zhemchug-4 lens – a lens sent into space in the Soviet Union’s Yantar-2K spy satellites, which were used from the mid 1970s until the later years of the Cold War.

Yantar-2K satellites usually orbited the Earth for 30 days in a low-Earth orbit, taking high resolution images on film which was then dropped back to Earth in film return capsules. According to Catawiki, this lens was on a satellite which failed on launch, and the lens was used a few times before being stored.

According to the auction listing: “Thirty Yantar-2K satellites have been launched, each with a flying time of thirty days. Two launches failed, amongst others, the ‘Fenix no. 1’.

“It consisted of three parts, of which one, the ‘landing and camera system module OSA’ was recuperated and could be recycled three times. The camera system that was in the OSA was titled ‘Zhemchug-4’ and this is what this lens was used in.

“This lens was used three times and was sent for storage afterwards.

“The lens consists of various parts. The front part has a 40 cm diameter and the last has a 23 cm diameter. It contains three collimator modules. The middle has a diaphragm that can be adjusted with the use of the red rotary knob.”

Just how you’re going to get it attached to a Zenit-E, however, is up to you.