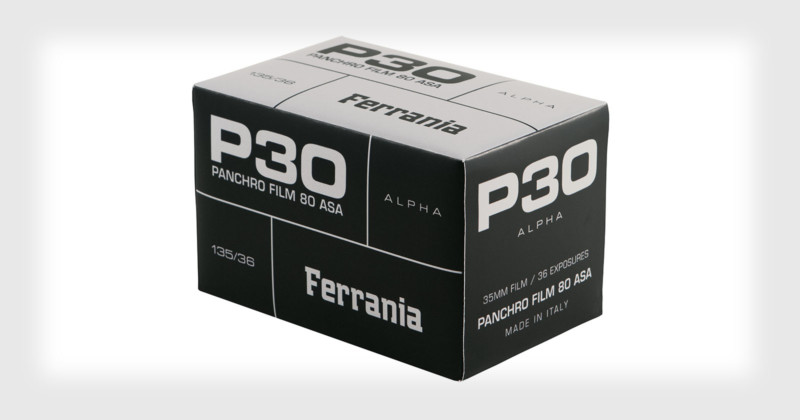 The first rolls of the new version of FILM Ferrania’s P30 black-and-white film have been sent out to shops in Italy.

The news broke on Facebook on Wednesday (13 November) with Milan camera store Foto Ottica Cavour showing a box of the newly arrived film in its shop.

In a follow-up Facebook post, FILM Ferrania announced that the new version of the film was being rolled out in certain locations in Italy.

A translated version of the post read: “Exclusively for Italy and in absolute preview only at physical sales points is in pre-distribution the first small batch of production (4 July 2019) of the new Ferrania P30. Soon on our website the updated list of stores that hold it in stock. Meanwhile here it is from Ottica Foto Cavour in Milan.

“Thank you all and follow our channels for the official presentation.”

The first version of the 80-ISO black-and-white negative film, P30 Alpha, had been launched in 2017, but was no longer in stock at the end of October 2018.

There is no indication yet of when the film will start shipping to locations outside Italy.

It was the first film from the resurrected Italian manufacturer, previously known as Ferrania, which reportedly ended all film production at the end of 2009.

In 2013, the company was resurrected after a Kickstarter campaign which raised $322,420.

FILM Ferrania initially intended to revive its Chrome 100 slide film, but instead released the alpha version of P30, based on a cinema film it had produced in the 1960s. The company said it would tweak the recipe of the film – which is very contrasty thanks to a high silver content – after feedback from users.

There are no further updates on the P30 release yet on the FILM Ferrania website, but Kosmo Foto will endeavour to bring you more details as they are made available.