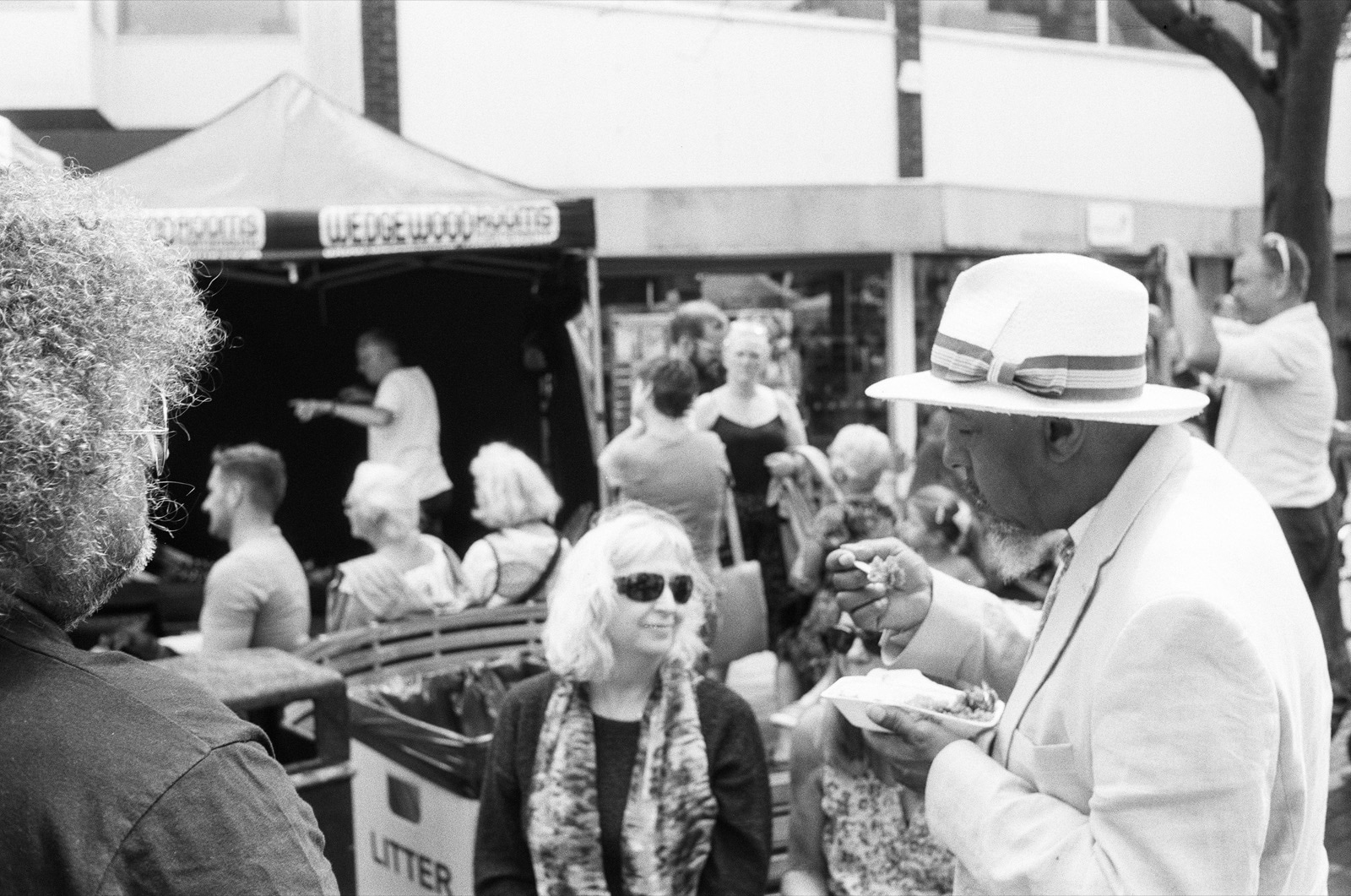 The latest Kosmonaut is someone I met on a recent photowalk in Brighton.

Matthew Maber is an enthusiastic film photographer and he wasted no time in sending me some images from his first roll of Kosmo Foto Mono.

There’s some wonderful images here, so read about Matt’s photographic journey so far.

Where are you from?
Southsea, Portsmouth on the south coast of the UK. Proper seaside town, and as Martin Parr pretty much once said: “The seaside is Britain’s street”.

How long have you been shooting film?
I got my first film camera in for Christmas my teens in the mid-late 1980’s, a Miranda MS-1 kit from Dixons. I gave that away to a friend some years ago, but bought the same model off eBay a few years ago for memory’s sake. However, after buying the original FujiFilm X100 in 2011 as a more convenient replacement to my Nikon D90, the X100 became my gateway drug into film.

I was immediately taken by the tactile nature of the X100, with all of its dials, and it drew me back into film. I bought a Yashica Minister III of eBay the next year then a Canonet 28 a year later. I also use my dad’s Pentax SLR on occasion.

What cameras do you shoot on?
My primary camera is unsurprisingly my Leica M6 which I got a good few years ago now. The trajectory from the X100, through Canonets was inevitably going to end up at an M6! Also, a Yashica Mat 124G I got from my uncle and a few other various 35mm cameras, the Olympus Mju-I being my go-to point and shoot.

What other films do you like using?
My primary black and white is the ‘budget’ Ilford Kentmere 400, whose grain I love compared to the pricier options, usually pushed to 800 or 1600. Also, I used Poundland AgfaPhoto Vista for the longest time and still have 30 odd rolls sat in my film box, but for colour I’m moving between budget Kodak ColorPlus, LOMOgraphy 800 and Portra 400.

I Kickstarted the Ars-Imago Lab-box a few years ago and the kit recently arrived, and I’m enjoying the development process.

What are your thoughts about Kosmo Foto Mono?
I like it! Contrasty and some good latitude. I’m not used to shooting at such a low ISO but it was perfect for trying out the flash with black and white film in the day time. I’ll need to get some 120 next I think.

What films would you like to see on the market (old films brought back or new ones)?
Hmm, tough one, not sure really. I tend to find a film and stick with it for consistency. I don’t really know enough of older films to give a useful answer. It’s nice that Kodak brought back Ektachrome E100 for colour positive and I’ve used one roll of that so far.