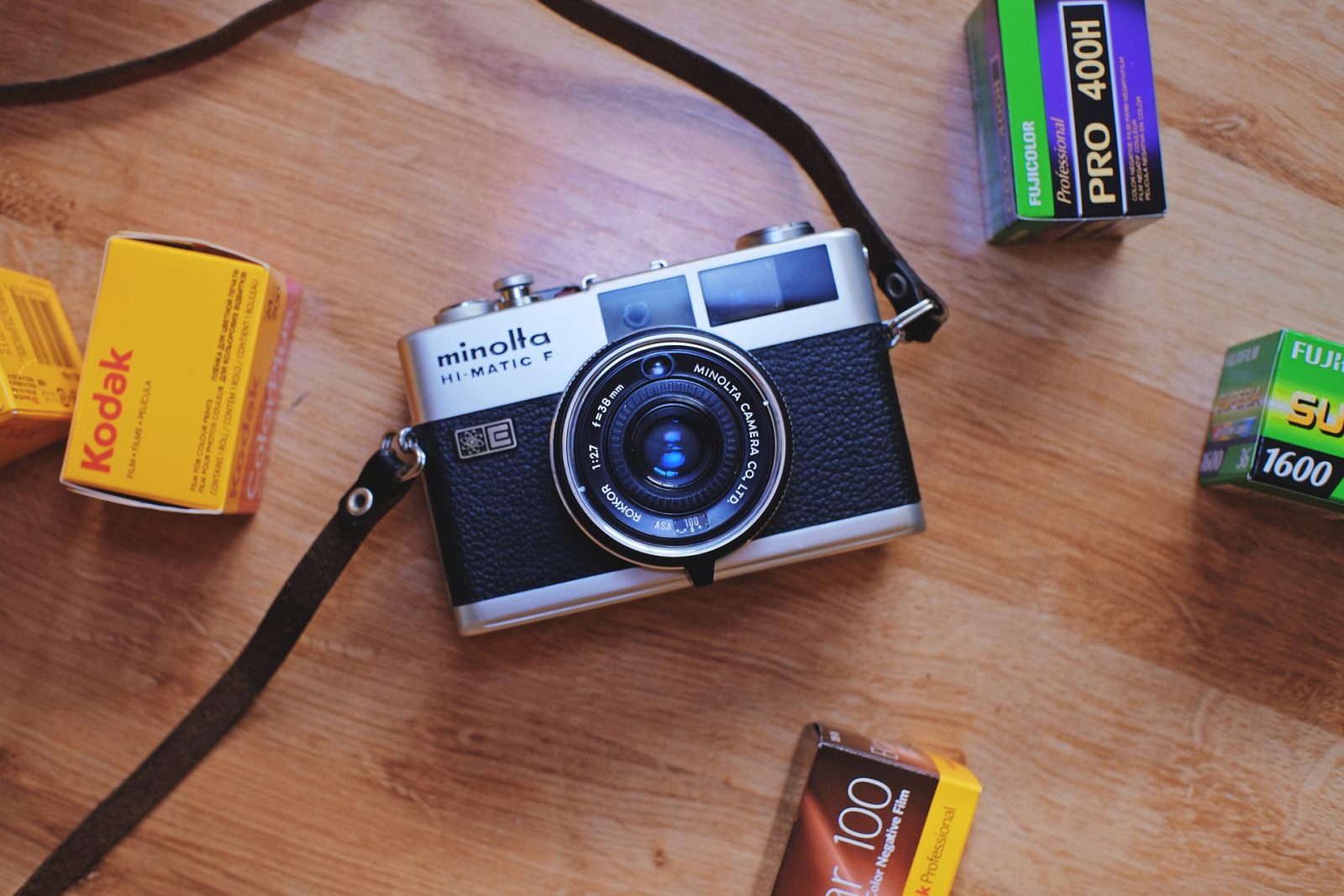 Many of us don’t have the space or time to develop our own films at home. Even after the development there’s the scanning. Decent scanners cost decent money, and getting the best out of negs and slides often takes time and patience.

I’ve lived in London for a few months short of 25 years, and for a good 20 of those years I’ve been an enthusiastic film photographer. In a good year I’ll shoot between 150 and 200 rolls of 35mm and 120 film. That means a lot of processing.

Over the last quarter century I’ve used a bunch of different labs. Some have closed – several of my favourites fell casualty to the race to digital in the mid-00s. I used to love Metro Imaging on Great Marlborough St and Panther Prints off Theobalds Road. I used to dev and print my LOMO LC-A shots at the legendary Joe’s Basement and develop test rolls at a friendly local lab in West Hampstead, 15 minutes walk from my house. All of these labs have now gone.

But London has fared better than a lot of places thanks to its population – 8.13 million and counting. Enough people still shot film regularly enough to keep a fleet of labs still open. While some continued to close, the most recent trend has been far more positive. New labs are opening as a generation exposed to film cameras through Instagram dabble with film.

I’ve often thought of writing a post like this and was finally persuaded after reading this excellent piece by Jim Grey on Down The Road in August, where he listed the US labs he sends his film to.

The labs listed below are the ones I personally use – I develop my films there and I’m happy with the results and service and wouldn’t hesitate to recommend them. I know these three are but a half-handful of the labs available, so I’ve also listed a few more that come recommended from fellow photographers who left comments on the Kosmo Foto Facebook page. 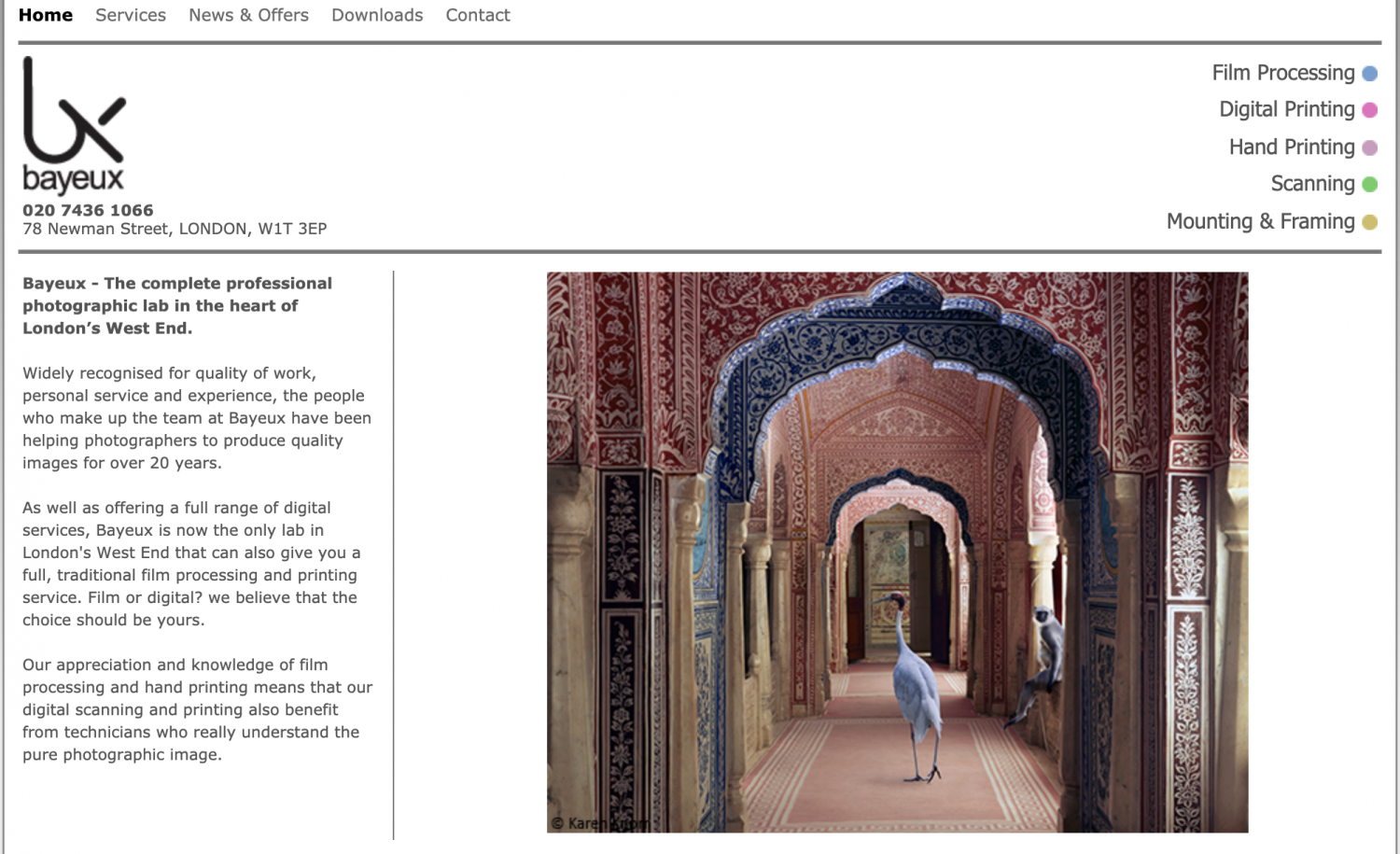 Bayeux is a professional lab on Newman St in the heart of London’s West End. It’s been in business for more than 20 years and does a lot of high-end work for commercial photographers, magazines and galleries. It offers an absolutely bewildering array of services, especially when it comes to printing and framing.

It is not a place to go if you’re penny pinching. A roll of film costs £9.50 + VAT for dev only of colour neg, though the owner Terry will negotiate if you’re a regular customer and especially if you’re bringing in a bundle of films time and time again.

The reason I keep coming back here time and time again is that their processing is exceptional. I’ve had most of my soundcheck project and music works developed here, with the films often being pushed three or four stops. Every one of these negs has been faultless.

The printing here, especially off black-and-white negatives, is also incredibly good. Again, you will find cheaper elsewhere, but they’re unlikely to be of this quality.

I take all my 35mm black-and-white, slide and colour negs shot on SLRs here, and scan at home to keep the cost down.

As fantastic as their development is, I don’t need this level of quality for cheap colour films snapped on a £10 compact for blog posts, so there’s another lab for that work 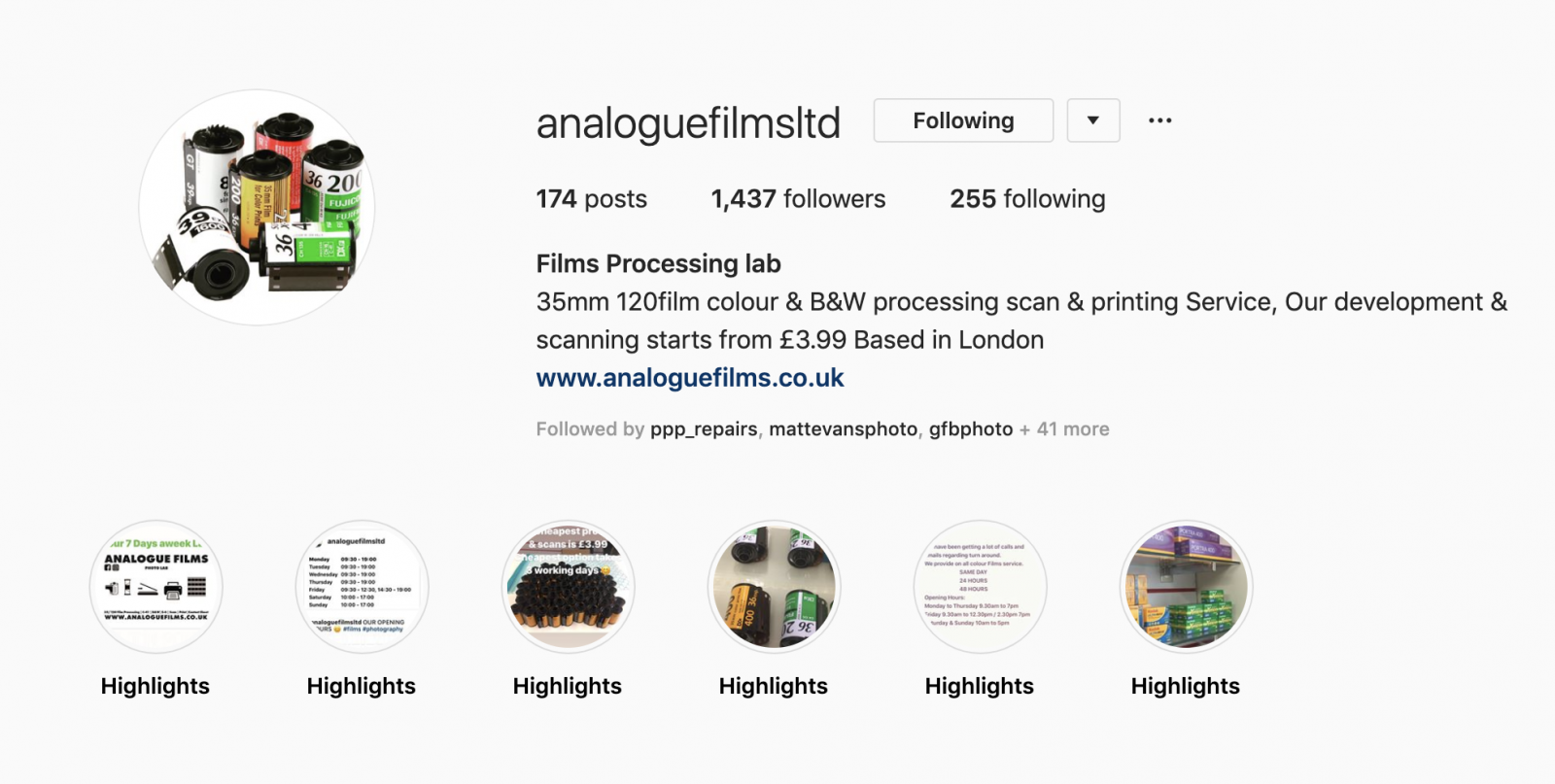 Analogue Films is one of the newcomers of the film developing block, though the brains behind it has some 20 years’ experience working in labs. Sid opened up Analogue Films a stone’s throw from Brick Lane in the spring and it’s already proved to be massively popular with photographers on a budget.

If you’re not in a screaming hurry for your scans, they have a particularly wallet-friendly option at the moment – development and WeTransfer scans for C41 films for £3.99. This service takes three days and the scans are delivered straight to your computer.

Analogue Films also develops black-and white and 120 and has plenty of film in stock too – this is the perfect place to stock up on the likes of Kodak ColorPlus.

West End Cameras was one of the last camera shops to remain on Tottenham Court Road, once a mecca for anyone interested in photography. As online retail proliferated, these stores closed one by one. West end Cameras itself closed its doors – right next to Spearmint Rhino’s – at the tail end of 2017, but it wasn’t the end of the business.

Owner Nitin Parekh moved the store’s film lab to an industrial estate in north London and continues to sell films, secondhand cameras and developing chemicals from there. So it’s become a mail-order lab but it is well within the M25 so it counts. Obviously this is less of an ideal option for those visiting the city for a few days – in that case it’s probably best to visit a lab like Analogue Films. Bear in mind, too, that they don’t process E-6 films.

There were some other comments from London film photographers on the Kosmo Foto Facebook over which labs they use. Here’s a selection:

Jimmy Hickford, Bayeux: “Really good service. Even let me have a look at my negs on a light table before I left, to make sure I was happy with them.”

David Fiorito: “I spent six weeks in London last year. All of by black and white and E6 went to Aperture but all of my C41 went to Snappy Snaps on Kingsway near the Holborn tube stop.

“I was extremely pleased with both. Combined they processed over 50 rolls of mine with absolutely no problems whatsoever.”

Julija Svetlova: “Eye Culture on Bethnal Green cause it’s cheap and not too far from my house.”

Which London labs do you use, and why? Leave a comment below.

I’ve actually got great results from the Snappy Snaps in Woolwich (opposite the tube station) – they processed and scanned a roll of 120 colour film in about an hour and a half, the service was friendly and knowledgeable (we chatted about the Cosina I had around my neck!) and the quality was exceptional.

I too use Analogue, particularly as their cheap for just developing film. I am however, looking into printing some of my images and am definitely considering the likes of Bayeaux, Labyrinth and Chan Photographic.

any recommendations for south London?

There is a great place just popped up in Barbican! Dot imaging!