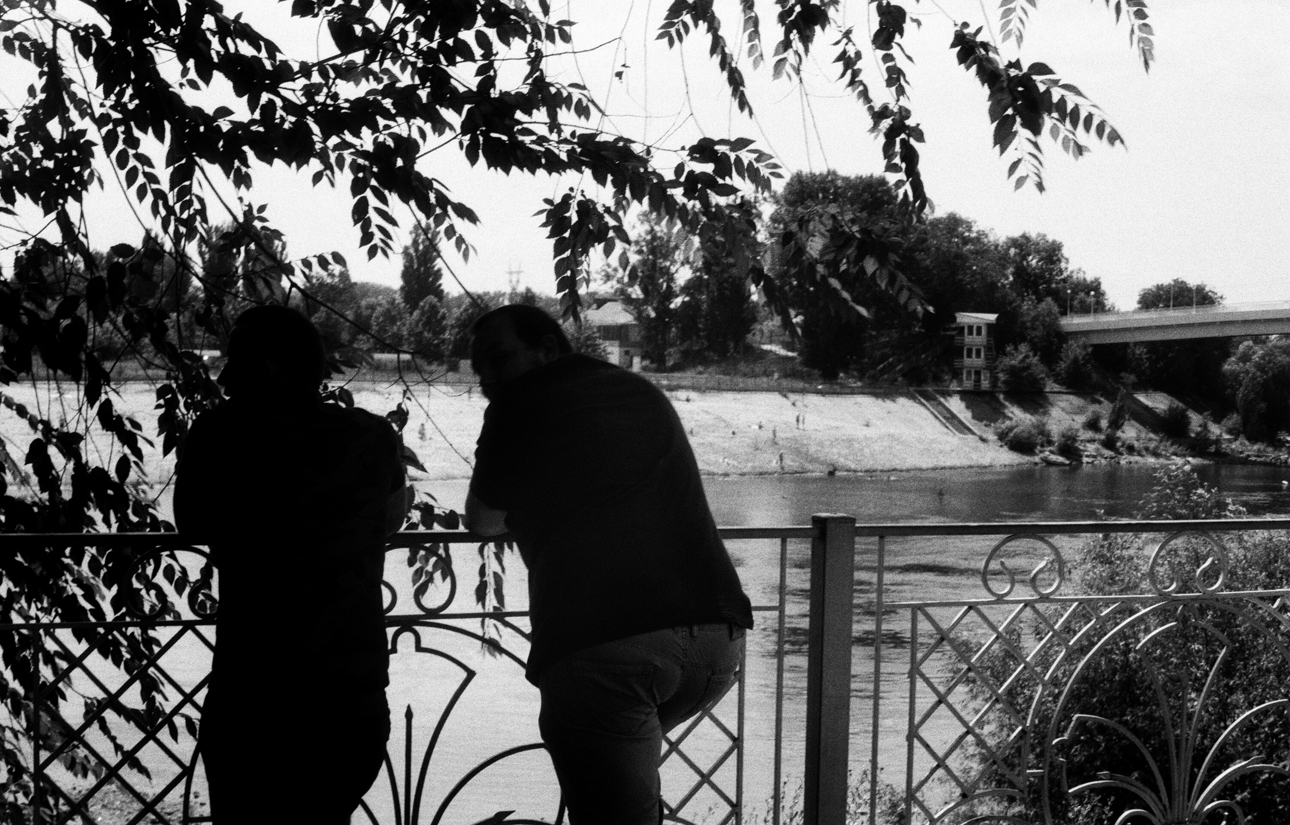 There are, depending on which criteria you use, as many as 56 different countries in Europe.

There are 27 in the European Union (and that will go down to 26 if indeed the UK leaves this year). There are 47 if you go by the Council of Europe, the agency that upholds democracy and human rights across the region. And there are 55 countries eligible to take part in football’s European Championships (isolated Iceland were eligible, and made it all the way to the quarter-finals).

But even in this region of democracy and mature institutions, there are still unrecognised ‘nations’. They range from Kosovo, which broke away from Serbia and has limited recognition from members of the United Nations, through to the Faroe Islands, nominally part of Denmark but with its own parliament, flag and football team (recently held to a 1-1 draw by fellow minnows Malta).

Since the 1970s a defacto, northern republic has covered the northern-third of the island following a Turkish invasion; only the Turks themselves officially recognise it. And on the eastern shores of the Black Sea lies Abkhazia, which split from Georgia after a brutal civil war in the early 1990s following the break-up of the Soviet Union. It’s a strip of ethnic Russia, leaning towards Moscow rather than Tblisi.

The splintering of the USSR created another unrecognised country on the other wide of the Black Sea, unrecognised by all except a handful of other unofficial post-Soviet states.

As the Soviet Union started to dissolve, the historically Romanian nation of Moldova emerged, after 50-odd years of being part of the USSR.

The problem was, in the decades of Soviet rule, many Russian speakers had set up home in the fertile plains on the eastern bank of the Dniester River. They had no desire to be part of a ‘Greater Romania’ and resisted. War broke out in March 1992 and raged until June, by the end of it, hundreds were dead and thousands displaced on both sides.

By the end of it, a new Russian-speaking ‘nation’ emerged on some 12% of Moldova’s territory – Transnistria.

No UN members – not even Russia – officially recognise Transnistria. Its population of some 500,000 people live in a stateless limbo; they’re granted Moldovan passports, but speak a different language and use a different alphabet. They’re a legacy of the Russification of the Soviet empire, nearly 30 years after that empire crumbled.

I visited Transnistria for a few days last summer. The only way to get there is via Ukraine or Moldova. Taking the trip from Moldova requires passing a border crossing straight out of a Cold War spy novel, complete with APCs and sentries glowering behind sandbagged positions.

I was, essentially, holidaying in a hangover of the Soviet Union, albeit one with wi-fi-equipped cafes and blacked-out Mercedes. 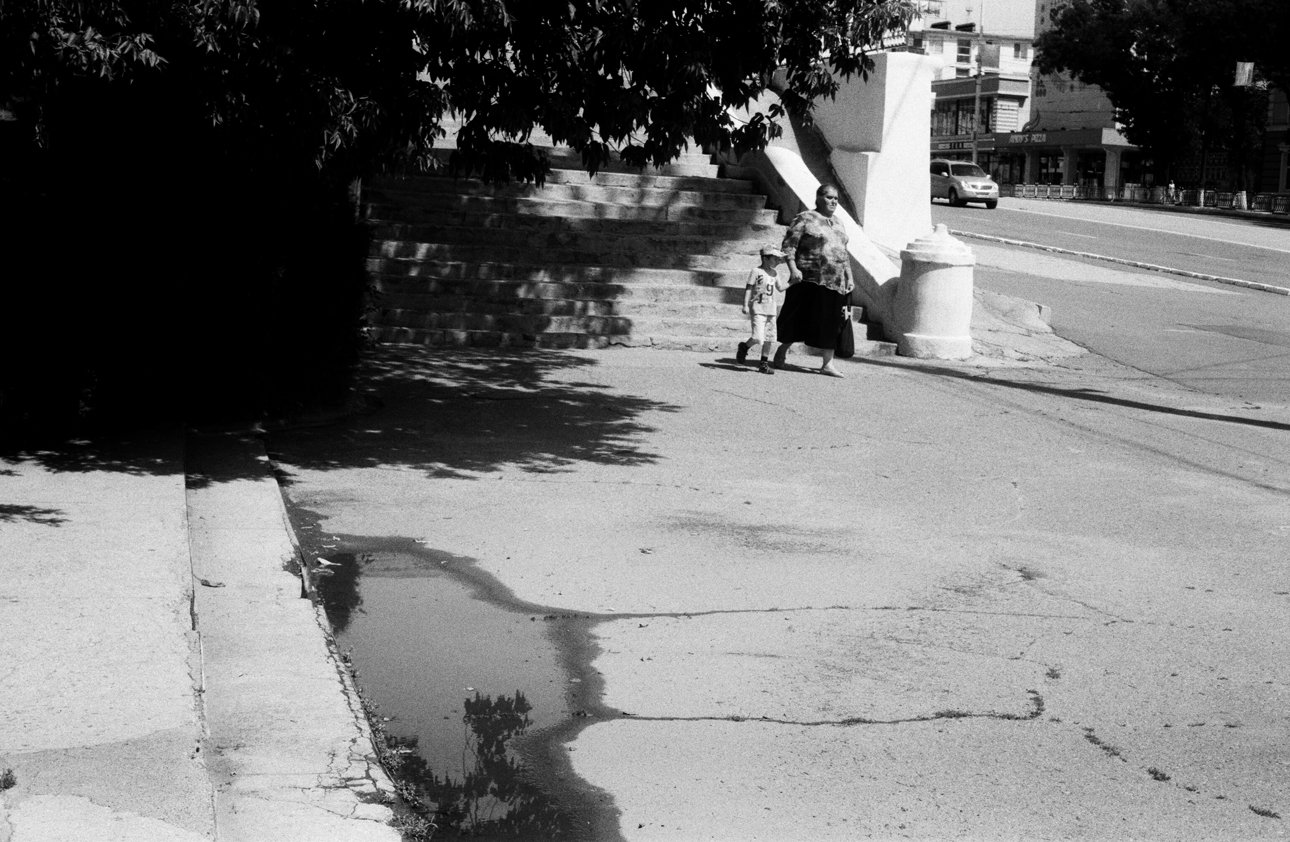 I couldn’t go to a sliver of the old USSR and not bring some Soviet cameras, so among the photo gear I took was my FED-10 rangefinder. This camera comes from the period when Soviet camera designers aimed at least some of their output to rival the very best designs from the West. The FED-10 is a leaf-shutter rangefinder similar to a raft of German cameras made by the likes of Voigtlander.

I’ve already shot a roll of Kosmo Foto Mono on this camera, along the Greenwich shore of the Thames, but I’ve enjoyed using the camera so much that I wanted to put a few more rolls through it. It’s a cracking camera, if a little heavy and restricted to a fastest shutter speed of only 1/250.

Transnistria in June was blistering hot, days of 30C under blue skies, the lazy Dniester adding a touch of tropical humidity. I took this roll in the capital, Tiraspol, a city of wide Soviet avenues far grander than he place perhaps merits. Along the main drag of 25th October Street is a statue of Suvorov, the military commander who led Russian forces to victory in the Russo-Turkish War of 1787-92. Another memorial, this one sporting a WWII-era T-34 tank, sits nearby.

The ‘capital’ of a state that doesn’t exist, Tiraspol is a sleepy kind of place – cut adrift from the rest of the world. Shooting it on a camera made half a century before, during the glory days of an empire that no longer exists, seemed only apt.

Thank you for sharing this article and the photographs. I enjoyed reading it very much, and the photos allowed me a glimpse of a place I probably will never get to visit. This is the best of what photography has to offer.