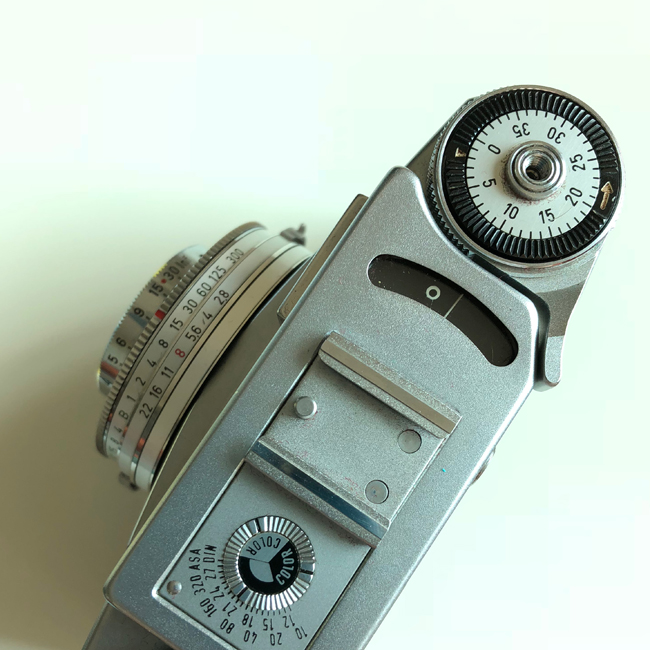 Eighteen months ago I was perusing the pages of eBay on the hunt for yet another film camera, I didn’t have anything particular in mind other than a price point, it had to be less than $100 USD including shipping.

I had been watching a Zeiss Ikon Contina-Matic II for sometime, it looked absolutely gorgeous, beautiful metal body ensconced in a classic looking brown, leather ever-ready case. After putting in an offer that including shipping cost me $75 the camera was mine! I wasn’t expecting much to be honest, such an old camera (circa 1958) at that price point, if it didn’t work would still look wonderful on the book shelf. 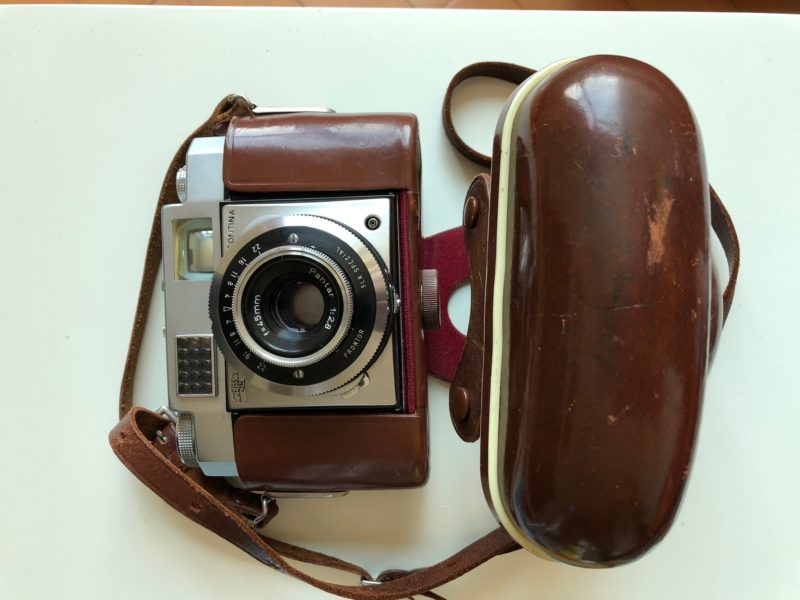 The Contina-Matic II is an all metal scale focused, semi-autoexposure, viewfinder camera with a marvellous Zeiss Pantar 45mm f/2.8 lens and a Prontor-SLK leaf shutter. The rear film door and outer sections of the front plate are covered in leatherette. All in all this camera just looks right, and most often when a camera looks right, it shoots right too.

On the top left is the film advance lever with a butter smooth action. As mentioned my example has a slight niggle, every second frame seems to need a slight stroke of the advance lever to reset the Prontor-SLK leaf shutter, also the frame spacing is not 100% consistent, but these are minor issues and in some way add to the charm of operating this classic camera.

Contained within the film advance lever is the manually set exposure counter and the threaded shutter button which seems to have the perfect level of resistance.

To the left of the advance lever is the coupled selenium exposure meter containing two needles. Exposure is set by depressing a locking bar on the aperture ring and turning it until the two needles in the light meter are perfectly matched. In my experience the meter is remarkably accurate, however selenium cells are known to lose sensitivity over time. To prolong the life of the selenium cell the camera should be kept in its every-ready case when not in use to shield the meter from light.

If the meter were to fail the camera would still be useable by using an external meter or Sunny 16, whichever takes your fancy. The ASA/DIN setting for the meter is below the lens and is moved by depressing a small steel gate and rotating the ring until the index mark is in the appropriate position. 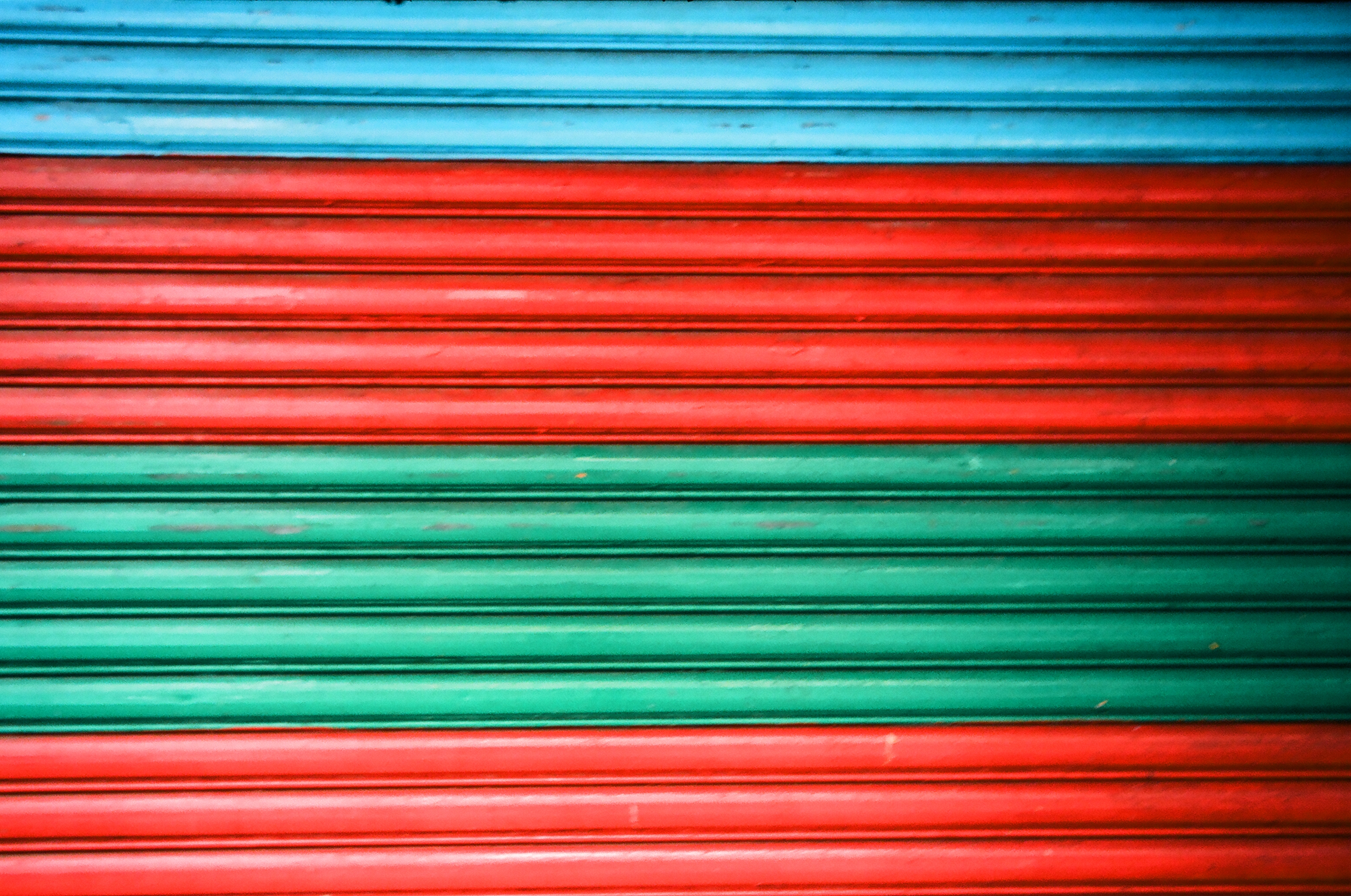 The middle of the top plate has a cold shoe. On this camera the only thing I might imagine being mounted there is an external rangefinder if scale focussing is not for you. There is a Contina-Matic III model available too, it’s very similar to the II but has interchangeable lens elements and for that camera the cold shoes is useful for fitting an external viewfinder for different focal lengths.

On the left of the cold shoe is a film reminder wheel with two colour film settings and a black and white setting. I guess the two colour settings are for either tungsten or daylight-balanced film. I never use this. 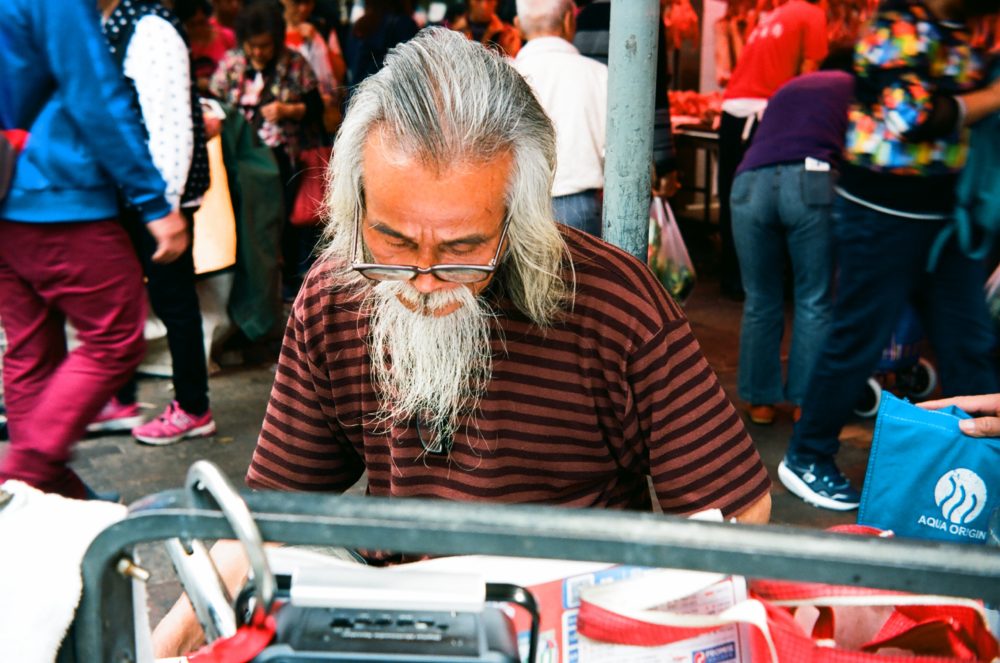 On the far left of the top plate is the film rewind knob, and about the only thing I dislike on this camera. It has three positions. Down for when film is in the camera (or not in use), raised midway for rewinding and fully raised for inserting or removing a film cartridge. The rewind knob is stiff and rewinding the film is a painfully long experience.

The bright-line viewfinder on the back is large, clear and beautiful. It has nothing other than the frame-lines and doesn’t parallax correct either. This is something I’ve not found to be an issue. To the contrary it’s the simplicity of the viewfinder which contributes in a large way to the enjoyable experience of shooting this classic. When I look through the viewfinder I’m thinking only about my subject. Exposure and focus have already been taken care of, which I’ll describe shortly. 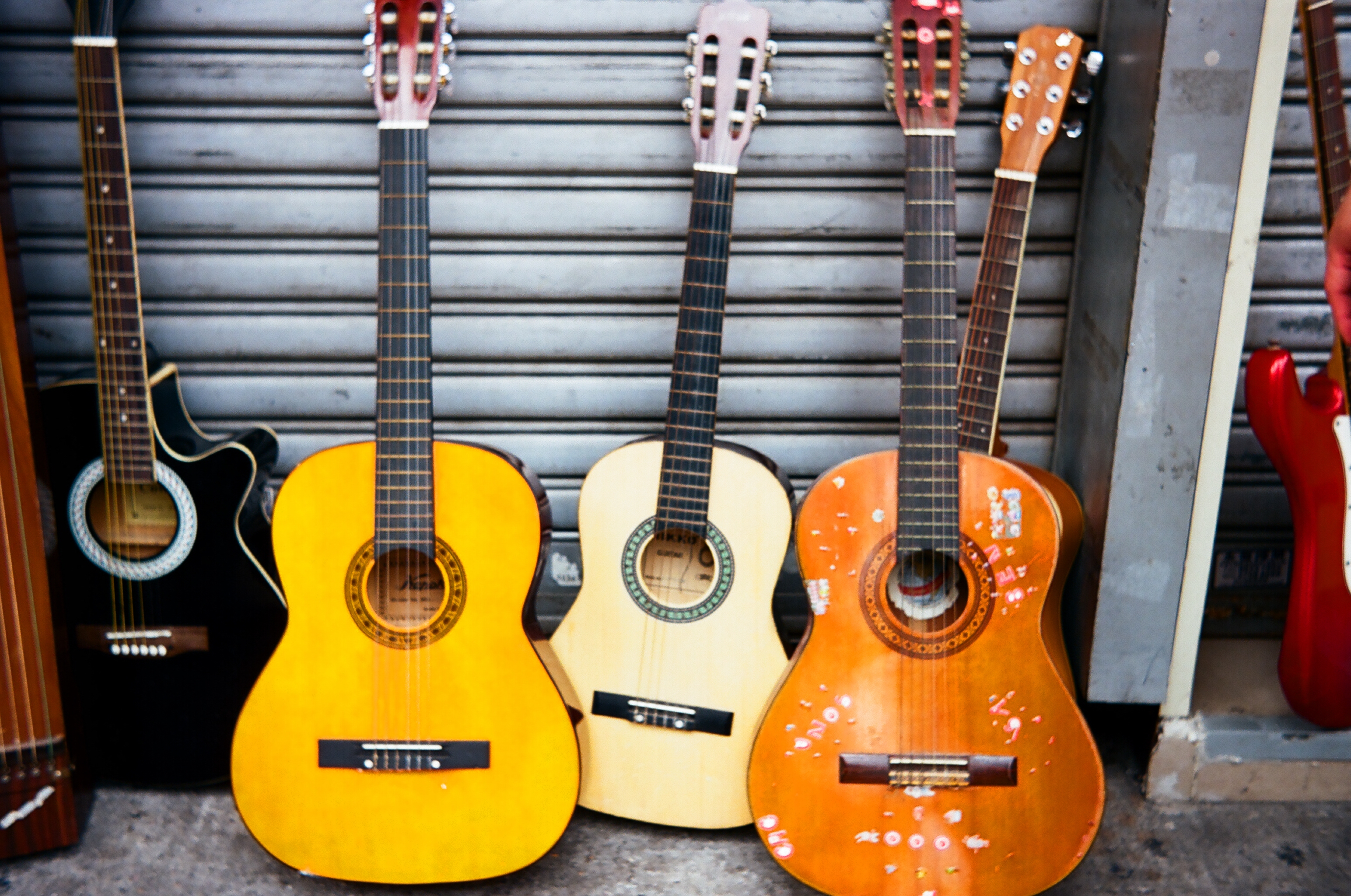 The bottom of the camera has a standard tripod thread and a standard film release button for rewinding the film.

On the left edge of the body is the release for the hinged rear film door. Opening the back reveals a very standard looking film compartment, if you have shot a 35mm film camera before this will all be familiar and easy to use.

The front is dominated by the lovely Zeiss lens; you should expect nothing less than excellence and the lens doesn’t disappoint. It’s a contrasty piece of glass that seems to really shine with colour film, my favourite being Kodak Ektar. Wide open there is a little falloff but to my mind this just adds to the character of the image. Having said that, due to the scale-focussed nature of this lens I seldom use it shot wide open anyway, unless the subject is a good distance away.

It may not be as razor sharp as other lenses but it makes up for this with a spadeful of character. The images have a surreal texture to them that I find hard to describe, it epitomises the elements of analogue images that I love most.

There is a 27mm filter thread and filters are relatively inexpensive to find online, although I haven’t purchased any myself.

Focus is set by rotating the front of the lens and there is a depth of field scale to assist with getting all the necessary parts of your image sharp. Above the depth of field scale is the shutter speed selector. The magic of this system is that after setting exposure with the aperture ring the corresponding shutter-aperture settings are aligned so when the shutter speed is set the correct aperture is automatically set too.

It feels difficult to describe but remarkably intuitive to use. The camera can be used almost like a point and shoot by setting the red dot on the focus ring to the index mark and setting the shutter speed to the figure corresponding with f/8. In my experience though the sharpest results are still achieved by estimating the distance to subject and then setting the slowest shutter speed you feel comfortable handholding.

All in all, the camera is an experience. It is worth owning just for the enjoyment of using it. In the beginning it seems slow and cumbersome to use but once you’re used to it can be shot rapidly, helping make it a formidable street shooter!

For me much of the enjoyment of analogue photography is the experience of operating these old cameras, if good photographs emerge as a result it’s a wonderful bonus.

The Zeiss Ikon Contina-Matic II can be found on eBay for around $50 USD excluding shipping. I’m sure you may find much cheaper examples at thrift stores too.

This is a very well written description with the exception of the possible uses for the accessory shoe on top of the camera. Although one could certainly mount a rangefinder or auxiliary viewfinders for other focal lengths as mentioned as being available for the later version of the camera, it was probably intended for the use of one of those folding, fan type flash guns that usually used M-2 bulbs, and was connected via the pc socket in the front of the camera. These were in very common use with this type of camera in the 50’s and early 60’s.… Read more »

Hi James. Thanks so much for the input. You’re quite right about the cold shoe, a flash bulb could go there too! As far as I know the Contina-Matic III is also scale focused. But don’t let this discourage you, in my experience scale focusing is much easier than it may sound. The only shots I got out of focus were the ones where I completely forgot to focus. Haha.