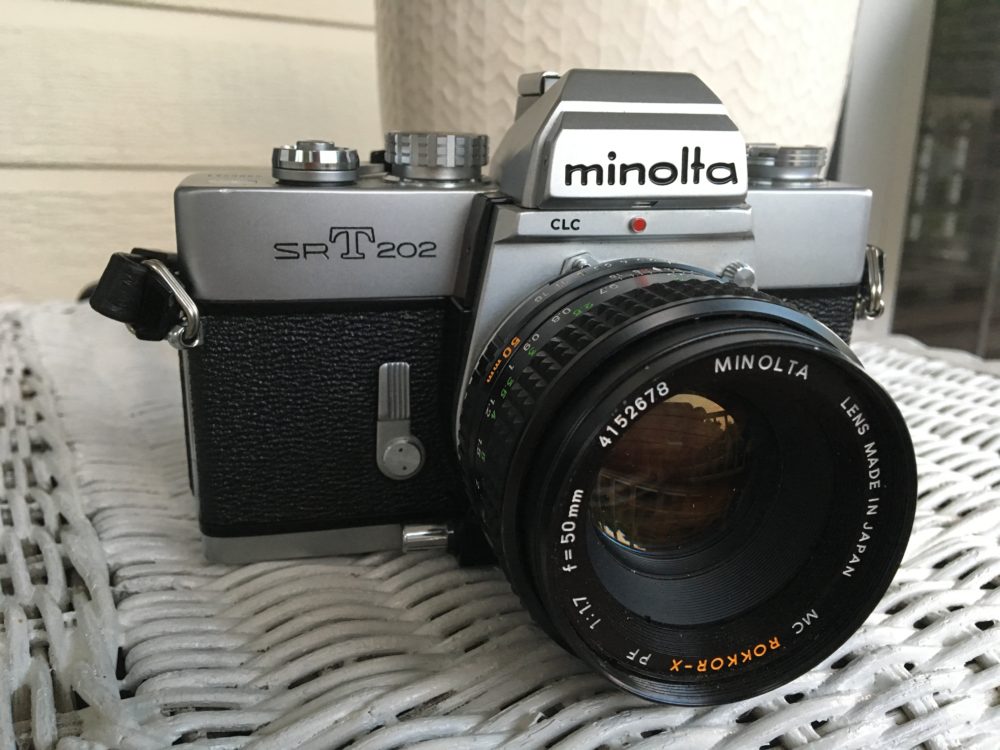 Amidst the current film photography renaissance, the words, “classic film camera,” get tossed around like a hot flashbulb. People can be heard speaking reverently about cameras such as the Pentax K1000, Nikon F3, Olympus XA, and many others, costs of which have risen greatly in the past few years.

However, there is one camera that, while certainly not the only one, surely deserves to be included in that esteemed group of coveted “classic” cameras. And although it is regarded by some to be a sleeper or even a dark horse, I am mighty glad to have mine:  the Minolta SR-T 202.

Considered the top-of-the-line version of Minolta’s SR-T line, which was introduced in 1966 and lasted until 1981, the SR-T202 (1975-1980) is the perfect camera around which to start and build a film photography hobby today.

First, the camera is easily found on online auction sites at surprisingly low prices. Second, the build quality noticeable from the moment you pick one up. The all-metal construction gives it some heft, but not too much, and all the controls are in exactly the right place for your fingers to operate. Third, the SR-T 202 (like the rest of the SR-T line) is a fully mechanical camera.

Yes, the light meter requires a battery (more about that later), but everything else is mechanical. If you are seeking independence from light meters by learning to read light values, the SR-T 202 is the right camera for you. 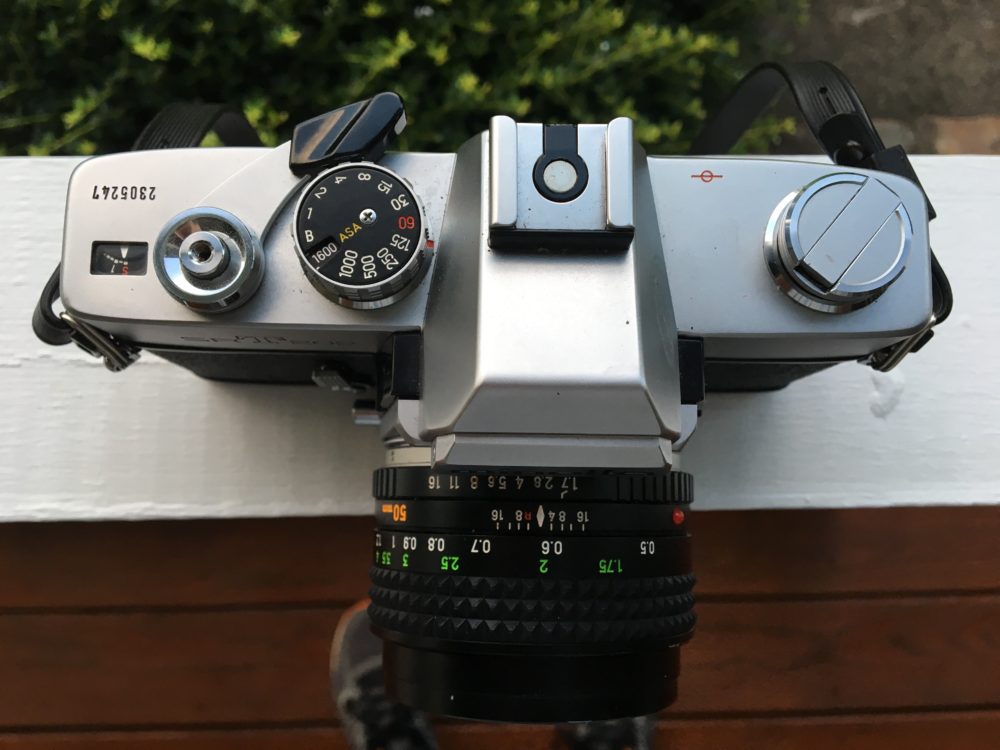 The SR-T 202 makes use of Minolta’s Rokkor MC and MD lenses, which are plentiful and, like the camera body, quite affordable. They also are quite good; I continue to be surprised how much image quality the Rokkor lenses can deliver.

Minolta’s SR-T camera line were the first cameras with wide-open aperture metering, which means that the lens did not have to be stopped down for meter to deliver the correct exposure setting. The result is that the viewfinder stays nice and bright while metering. Another way the SR-T metering was advanced for its time was Minolta’s through-the-lens CLC (Contrast Light Compensator) system. The camera actually had two CdS cells on the pentaprism, each reading the light in different parts of the frame and working together to compensate for extreme contrast.

The SR-T 202 stands out with the features that made it Minolta’s top-of-the-line camera. Leading the way is the viewfinder. Even today, the viewfinder is one of the brightest I have seen on any camera. It also is easy to focus, as the focusing screen has both split-image and a microprism circle. 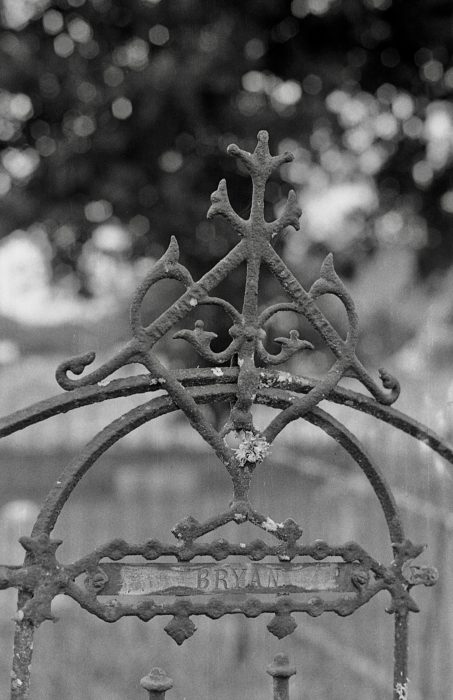 Another thing I really like is that I can see my selected shutter speed and aperture in the viewfinder. I don’t have to take my eyes off my subject as I choose exposure settings. And speaking of exposure, the camera uses a match needle, which I am a fan of.

Exposure reading is visible in both the brightest and darkest light. Other features include and ISO range from 6 to 6400, shutter speed range from 1 to 1/1000 plus B, hot shoe, depth-of-view preview, a self-timer, the ability to shoot multiple exposures, a safe film load signal, and a film memo holder.

There is one issue that has to be dealt with when using this (and many older cameras), and that it was meant to be used with a 1.35v PX-625 button mercury battery, which is no longer available. There are alkaline batteries that fit the battery chamber, but they are 1.5v, which will throw the meter accuracy off a bit.

While some suggest the use of certain hearing aid batteries such as the #675 zinc/air 1.4v batteries, they do not fit the battery compartment without some modification. In my opinion, the best solution is to get an MR-9 battery adapter from an online seller. The MR-9 hold a very common 386 silver oxide battery and makes it fit the battery compartment while changing its voltage to 1.35v. It will be a one-time purchase as long as you don’t lose it. 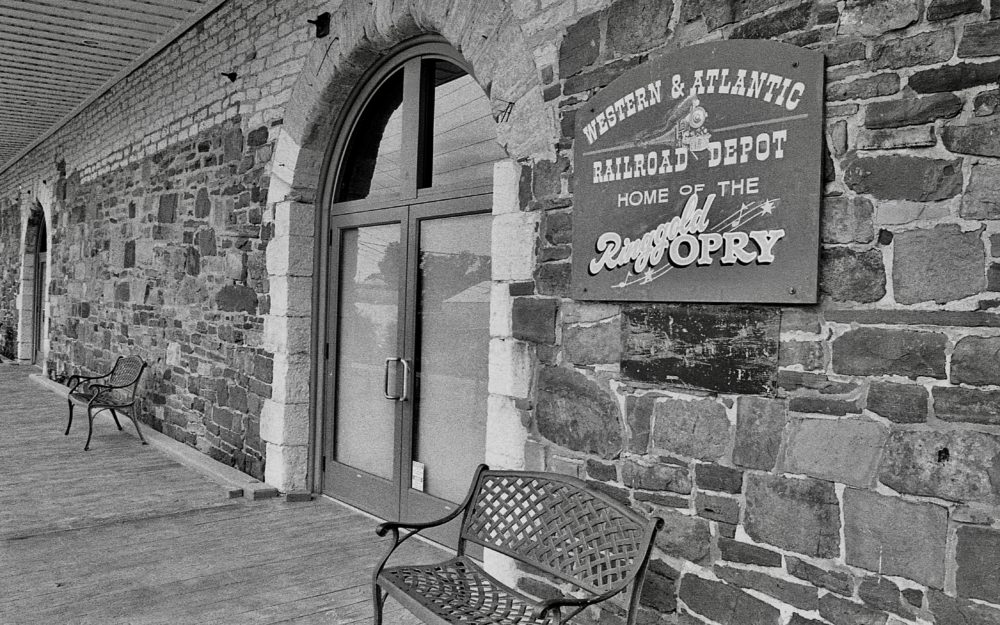 I recently picked up my SR-T202 and decided to do some shooting. It always makes me smile when I hold it in my hands, not just because it fits my hands and fingers so well, but also because it was my Uncle Jonesy’s camera. He was a wonderful uncle and is the main reason I have an such an interest in photography today.

It had rained much of the day, but now it had stopped enough to stay mostly dry. I loaded the SR-T202 with some Tri-X 400 and headed for the downtown area of Ringgold, Georgia, near where I live. Ringgold has one of the South’s few surviving Civil War-era railroad depots, and as have always loved trains, I like to shoot there.

The depot is used as a venue today, but you can still see how it was damaged during the Battle of Ringgold and repaired shortly after with stones that do not match the original ones.

After shooting a few frames at the depot, the day began to get even gloomier. It occurred to me that I had not ever visited the Nathan Anderson Cemetery, just a couple of miles from the depot. The cemetery dates back at least to 1842, and some of Ringgold’s earliest citizens are buried there, along with Native Americans, slaves, and a number of Civil War soldiers.

I found several interesting tombstones such as the one with a lamb to mark an infant’s grave, and the tree stump stone to mark the grave of a nine-year old-child. The SR-T202 performed solidly, and I used both a 50mm Rokkor and a 28mm Minolta Celtic lens. 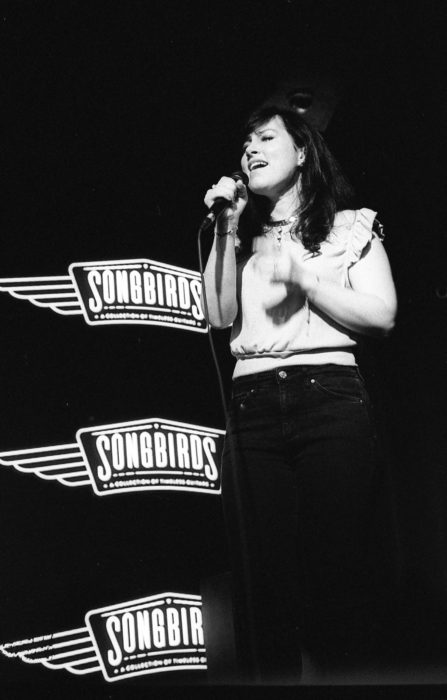 The next evening I attended a concert of an up-and-coming music group from Nashville, Tennessee, Campbell Station. The guitar player in the group is a former high school music student of mine, and I am quite proud of his accomplishments. I loaded the SR-T202 with another roll of Tri-X, but this time I pushed it to 1600 to give me the light I needed

The bright viewfinder of the SR-T202 made focusing easy even in low light, and the match needle was easy to see as well. Like the roll I shot in Ringgold the day before, I developed the film myself in D-76 1:1, and I was quite pleased with the results.

I think my Uncle Jonesy would be proud to see that his SR-T202 is still capturing moments of light today just as it did for him for so long. I feel that I am going to be using it more and more as time goes on, and if I take good care of it, I’m pretty certain that it will continue to make good photographs in the hands of its next owner someday. It’s that solid and good. It’s what make it a “classic.”

Some nice photographs Kevin. Black and white photography is a hidden artform, I had an SRT-201 in the 70s as a photographer for our school’s yearbook. Some of my more well-to-do staff mates had Canons and Nikons, but with my lowly Minolta I had at least as many pictures selected for our yearbook as anybody. I recently got back into 35mm film photography with a near mint Minolta XD 11 and a 50mm f/1.2 lens, a camera setup I’ve lusted after for over 40 years, but the SRT- line is about as bulletproof as you’ll find. If I figure out… Read more »

Thank you for the comment and kind words! Your XD-11 is an awesome camera! I have one as well, and I love the way it feels in my hands. The shutter fires very smoothly with little or no vibration. Great lens, too. I’d love to see your photos from it. Thank you for reading my review!