Jim Grey lives in Indiana in the US and runs the fantastic blog Down the Road, a must-visit site for any fan of film photography.

I’m delighted to feature him as a Kosmonaut. Jim’s site is full of great articles about film cameras and film photography in general, and he’s a quiet community stalwarts doing a lot to help promote all the best qualities of film photography.

Indiana, USA. Lifelong: born in South Bend (one of the snowiest cities in the nation), schooled in Terre Haute, and now going on 25 years in Indianapolis and its suburbs.

I love experiencing new-to-me old cameras and usually have one loaded with film. But otherwise the cameras I reach for most often are my Pentax ME with my 50/1.4 SMC Pentax-M and my Nikon F2AS with a 50/2 AI Nikkor. I shot this roll of Kosmo Foto Mono in my Olympus XA because it was out and handy. 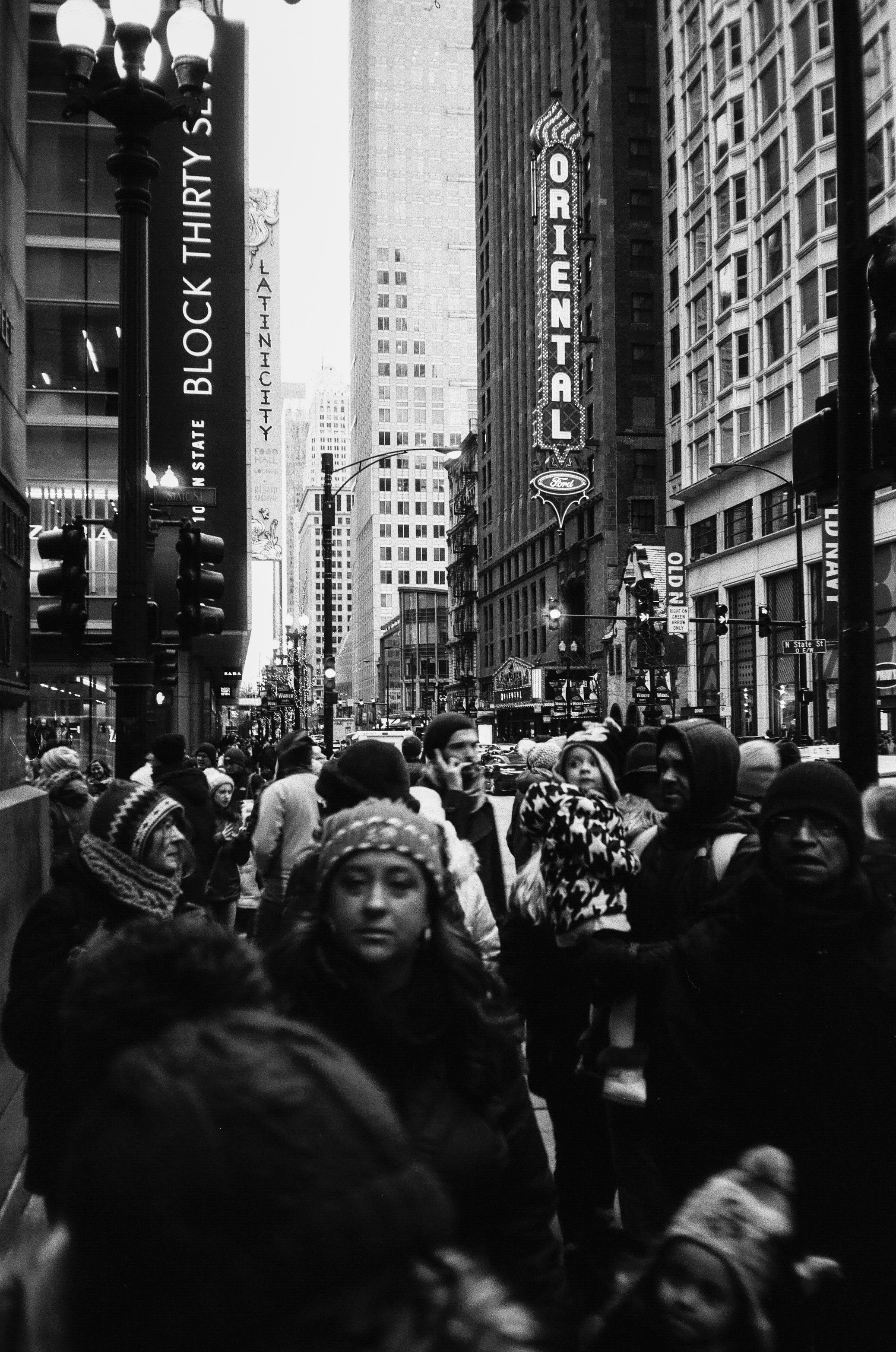 It is old-school super contrasty, but the grain is well managed. I shot half of my first roll on the streets of Chicago at Christmas, and it was a solid choice for street work. I shot the rest of the roll at my usual haunts, home and work and church, and enjoyed its rich blacks and punchy rendering of detail. In the dim light of a grey Indiana December this film did lose some shadow detail. I’ll try again in the spring, when the sun is out, and see how it handles a bright day.

I’d be happy if Fuji would just stop discontinuing films. My main hope is that there will remain decent inexpensive films for everyday use. I break into a sweat when a roll of film costs me more than $5. 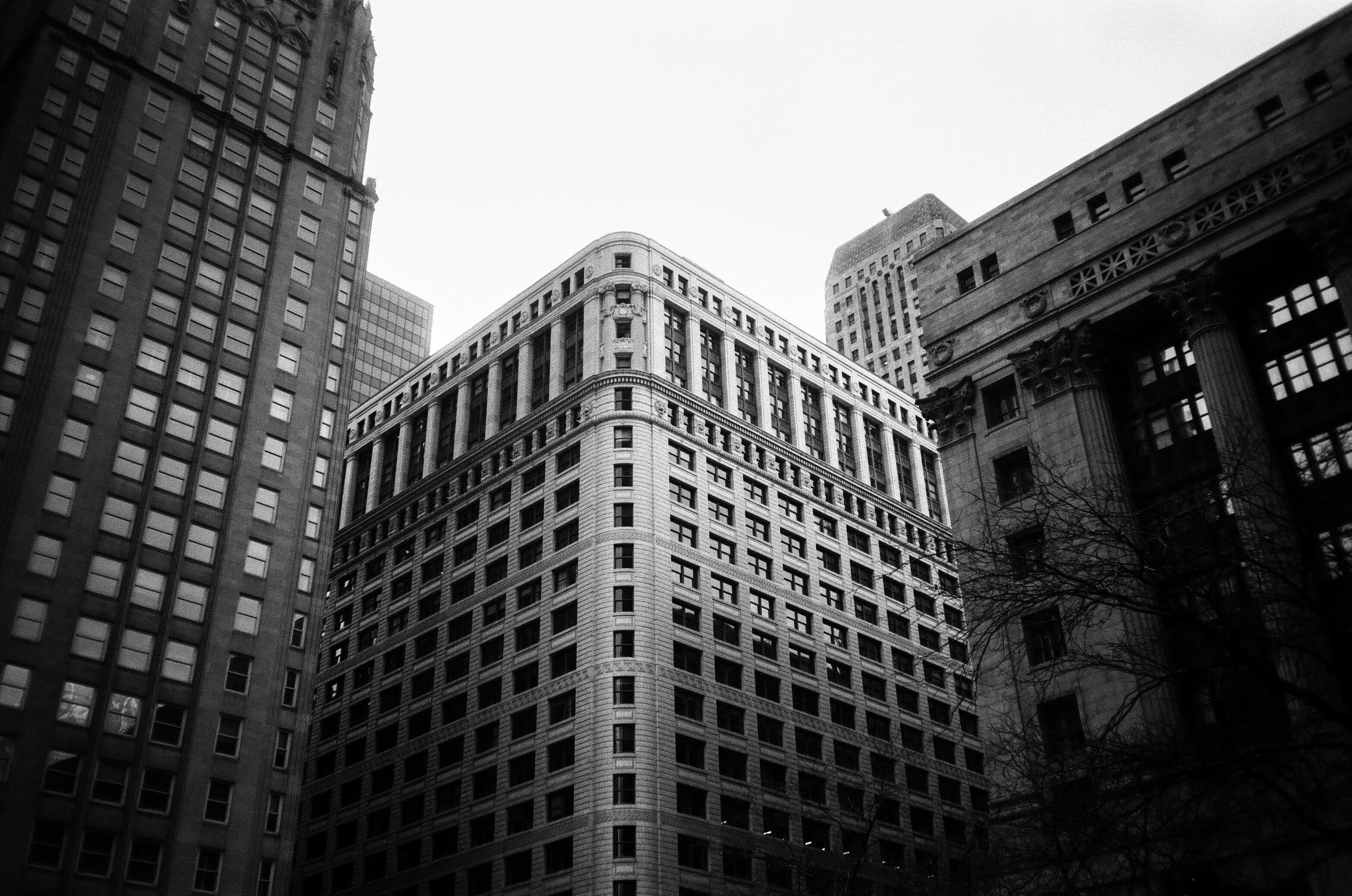