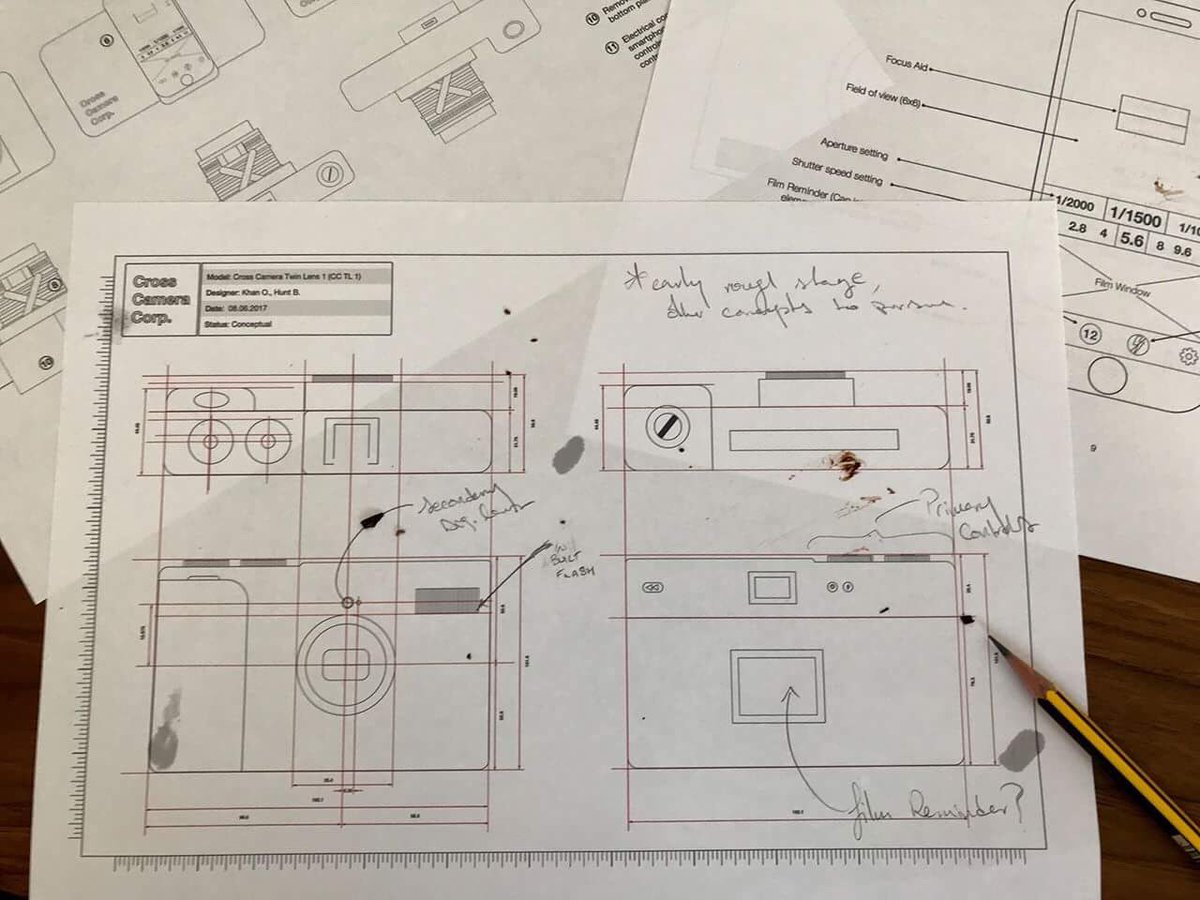 The announcement came during the Camera Ventures Save Analog Cameras live broadcast event in Tampere, Finland on Friday.

Kosmo Foto believes the camera could be ready for testing in 2018.

Hunt’s announcement follows a busy 18 months during which he released his first film, JCH Street Pan 400 – in 35mm and then in 120, which was released earlier this year.

Hunt gave few concrete details about the camera, other than it would be a “premium compact” camera, a market that peaked in the 1990s with designs like the Nikon 28Ti, Minolta TC-1, Contax T3 and Yashica T5.

Hunt wrote an article on his blog back in April that most of the premium compact camera models were at least 10 years old and were starting to become difficult to repair.

“We are going to start running out of compact cameras in about five or 10 years’ time… we’re going to be without a camera that’s easy to use,” he said.

“I’ve been working on something… perhaps a compact camera that could appear in the future.” A rough plan of Hunt’s camera – which looks like it may have a folding lens – appeared on a projection screen while he was speaking.

He said generations of younger photographers who had never shot film had little frame of traditional reference and camera makers had to appeal to an audience more attuned to instant results.

He said there was “a feeling of being jaded by social media” and that people were reacting to their lives being immediate. Instant camera like Instax and disposable cameras tapped into that feeling of immediacy while remaining analogue products, said Hunt.

Two maps that pointed out were a global map of where people could buy film, put together by wheretobuyfilm.co and a similar map listing processing labs across the world, put together by the film photography blog Emulsive.org.

Leppanen said that 70% of the people who responded to the survey could not name where they could get a film camera repaired. He said that it was crucial to build up a database of film camera repairers to ensure a network of experienced technicians who could continue to repair cameras into the future.

Leppanen said two further issues that could pose a threat to the survival for film – the production and servicing of film labs and large scale film production by major players – were not likely to be an issue for some time.

Leppanen also announced a plan to ‘rescue’ 100,000 film cameras – either by donating languishing unused cameras or repairing broken ones – as part of commemorations to celebrate Finland’s 100th anniversary.

I am more than happy to hear about this amazing project by Bellamy. The film industry needs new cameras, needs new projects.
We, at the PONF Multiback Open Camera Project (www.ponfcamera.com) are fostering the diffusion of film and the sharing of knowledge through an Open development platform, and welcome every contribution to this amazing world.

Any new camera will enhance film photography. I compare buying expired film with buying used, older film cameras! But while expired film is still readily available, expired cameras will slowly need more servicing and even disappear…. We desperately need new film cameras! Not from LOMOgraphy (either cheap plastic crap of expensive Hipster-lures). Not from Leica – much too expensive (but good)! We need affordable, new, usable cameras that come with a warranty, that can be repaired! If Bellamy manages to give us a compact camera (and wow, how I love compacts!), I’d be more than happy. If it will be… Read more »

If Mr. Hunt ever does a med format camera, let me know.

[…] Kosmo Foto’s Stephen Dowling reported in his coverage of the announcement, Bellamy stated, “We are going to start running out of […]

No need to design anything new. Just reverse engineer the Konica Big Mini, or even the T2. There are plenty of new companies making great lenses now..