ORWO’s new colour cinema film – due to be released later this summer – is based on an Agfa cinema film used in feature films such as ‘Out of Africa’ and ‘Last of the Mohicans’.

The new film, an ECN-2 emulsion ORWO has promised amidst rising prices for colour films, is supposedly based on Agfa’s XT320 cinema film. This film was produced from 1985 to 1995.

ORWO’s new film shop, which launched on Friday (29 April) includes one image believed to be taken on the new film of a graffiti-covered wall.

“At the core of our new film lies a unique chemical formula based on the wonderful and legendary Agfa stock last used in the Oscar winning film ‘Out of Africa’. Famous for their greens, desaturated shadows and enhanced grains, these are all aspects that we are embracing for our new addition.

“Pre-orders will be opening soon.”

ORWO does not give any further details on the film’s chemistry and how closely the recipe sticks to the original emulsion. ORWO’s parent company Filmotec recently merged with InovisCoat, a German film producer created from the break-up of Agfa which has produced specialist films for the likes of LOMOgraphy. 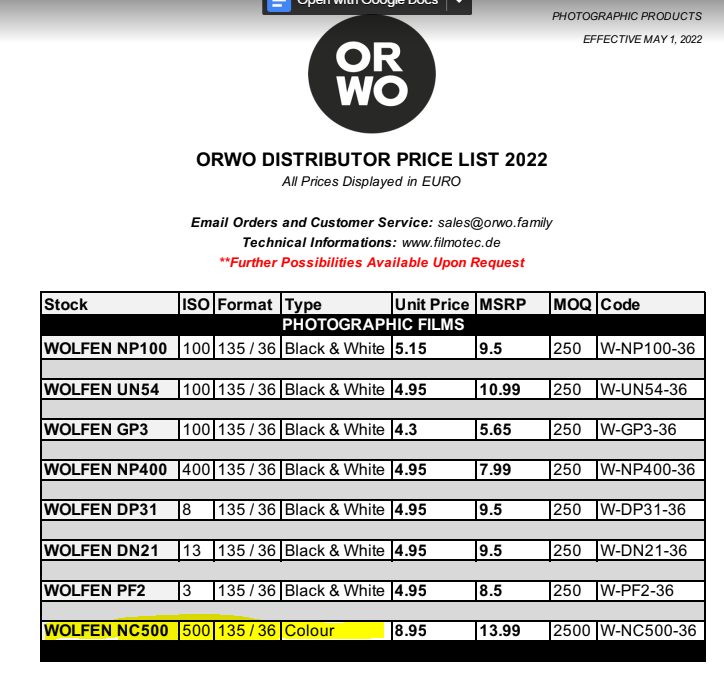 Have you seen this? Basically it tells all….