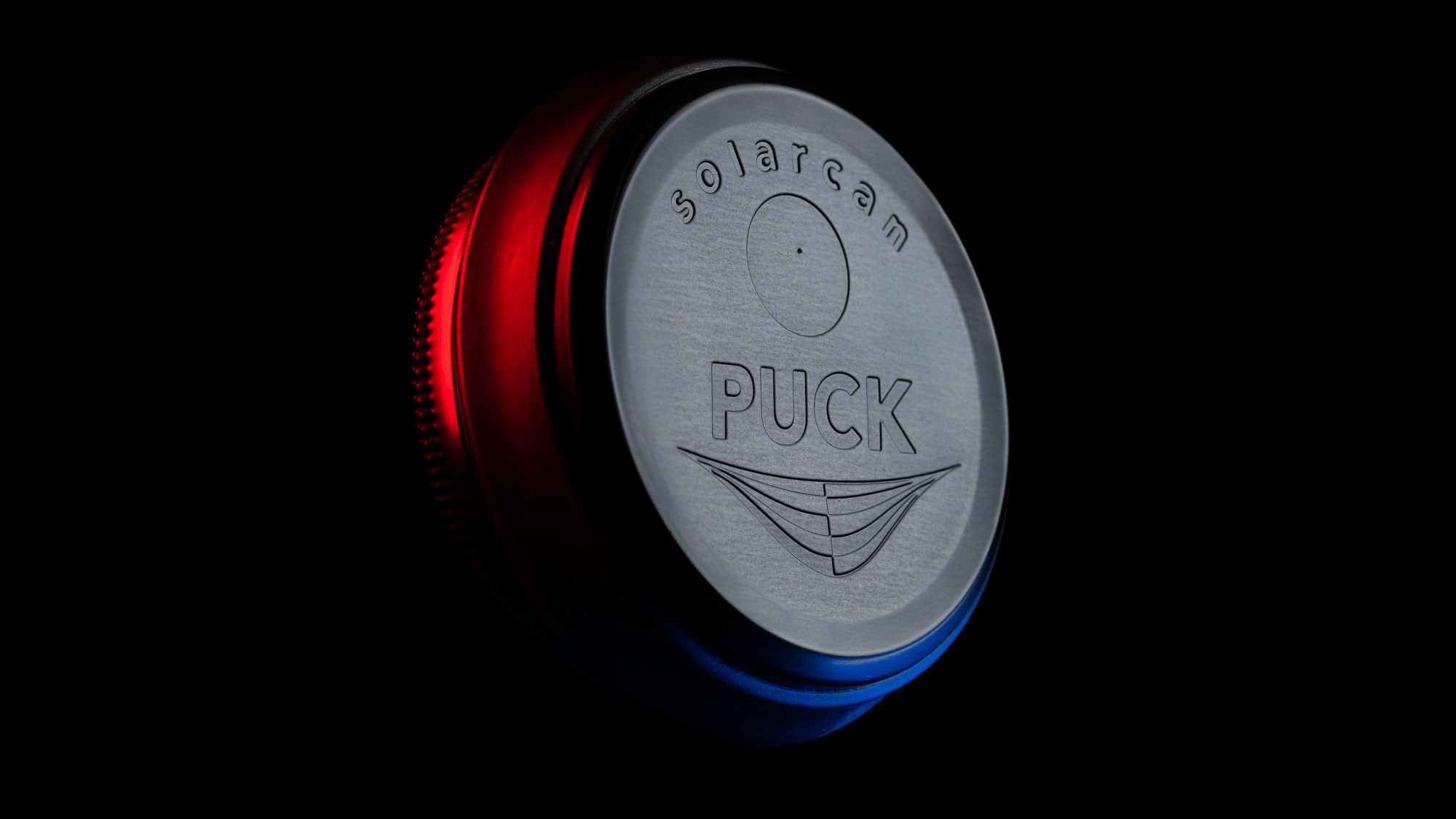 Solarcan has launched a Kickstarter campaign for a new reusable solargraphy camera called the Puck.

The Puck is a small pinhole camera loaded with photography paper which follows the company’s successful Solarcan, which has sold more than 30,000 examples since it was launched in 2017.

It is a reusable model which comes with nine sheets of much more sensitive photopaper, allowing photographers to take an image in just a day compared to the weeks or months needed with the original Solarcan Classic.

The Kickstarter, which started on Tuesday (19 April) has already reached the target of £5,000. The campaign ends on 22 May.

The Puck was originally soft launched during a Black Friday promotion last year, with Solarcan founder Sam Cornwell giving away prototype Pucks to more than 200 people who bought Solarcan Classics on Black Friday.

Kosmo Foto spoke to Cornwell before the launch about this latest addition to the Solarcan line-up.

When did you get the idea for the Puck?
Over a few years it developed into an idea. I liked the idea of a shoe polish tin as a vessel and made a few prototypes back in 2018. Later I gifted a dozen as presents to friends. The Solarcan roadmap didn’t ever include the Puck however after the success of the Black Friday event last year I had to do a lot of soul searching and consider making it a permanent addition to the Solarcan line-up. 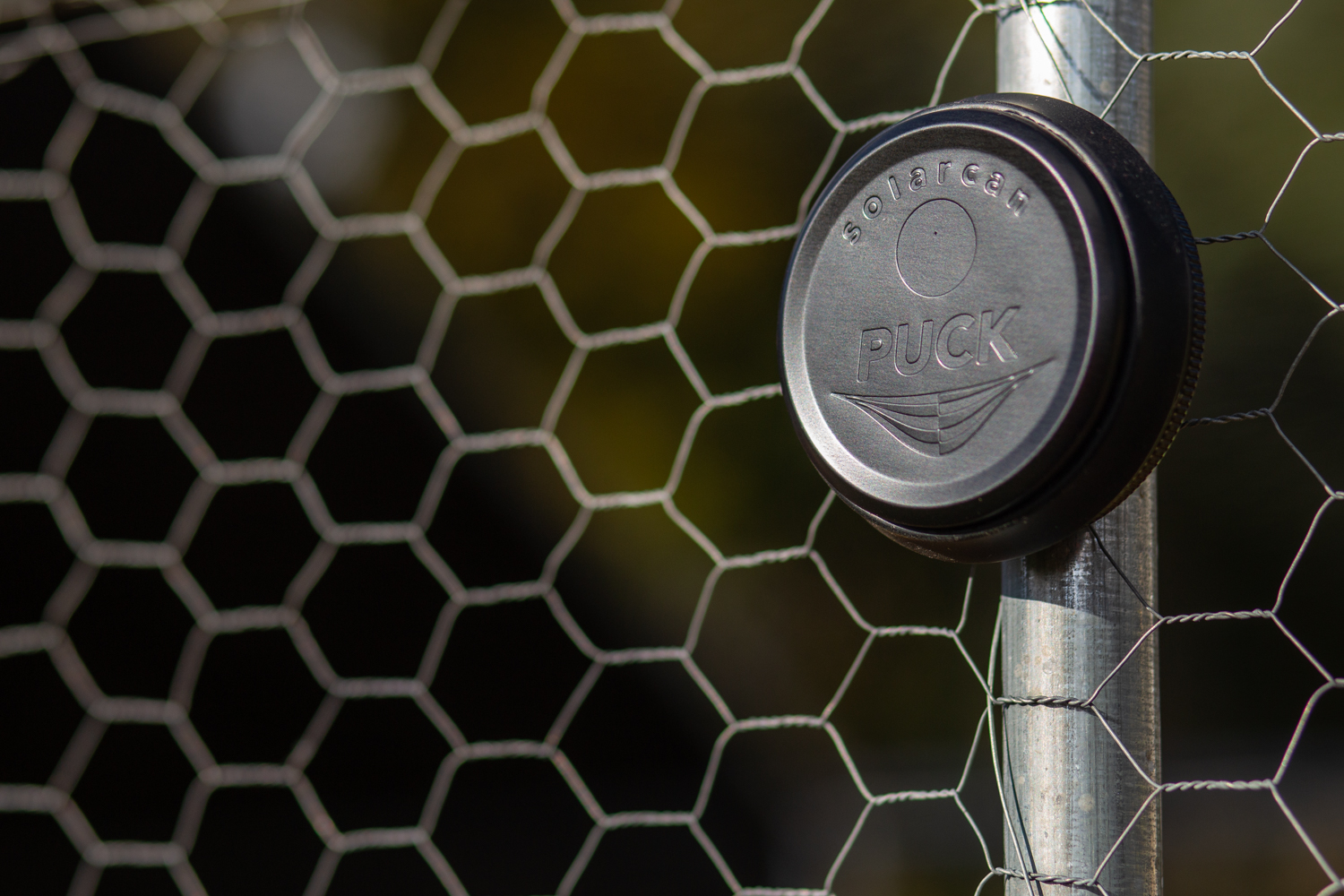 How did the Black Friday trial go?
We expected a little bit of buzz and perhaps 20 sales. We were an order of magnitude out on our estimations. Every photography blog out there covered us unexpectedly and our website almost crashed. We broke revenue records for Solarcan that weekend!

The quantity was so high we were forced to improve the production quality and overall product. This included an instruction manual and some very fancy packaging. Out of this though we’d formed an impromptu community of 200+ beta testers!

What was the feedback like from those who received one?
The feedback was invaluable. It helped up develop and tweak the design and understand how it would be used. Some of the images sent in by the beta testers were incredible! So much so we started a scheme where we would send out free refill packs to those who had already used the exposures provided. 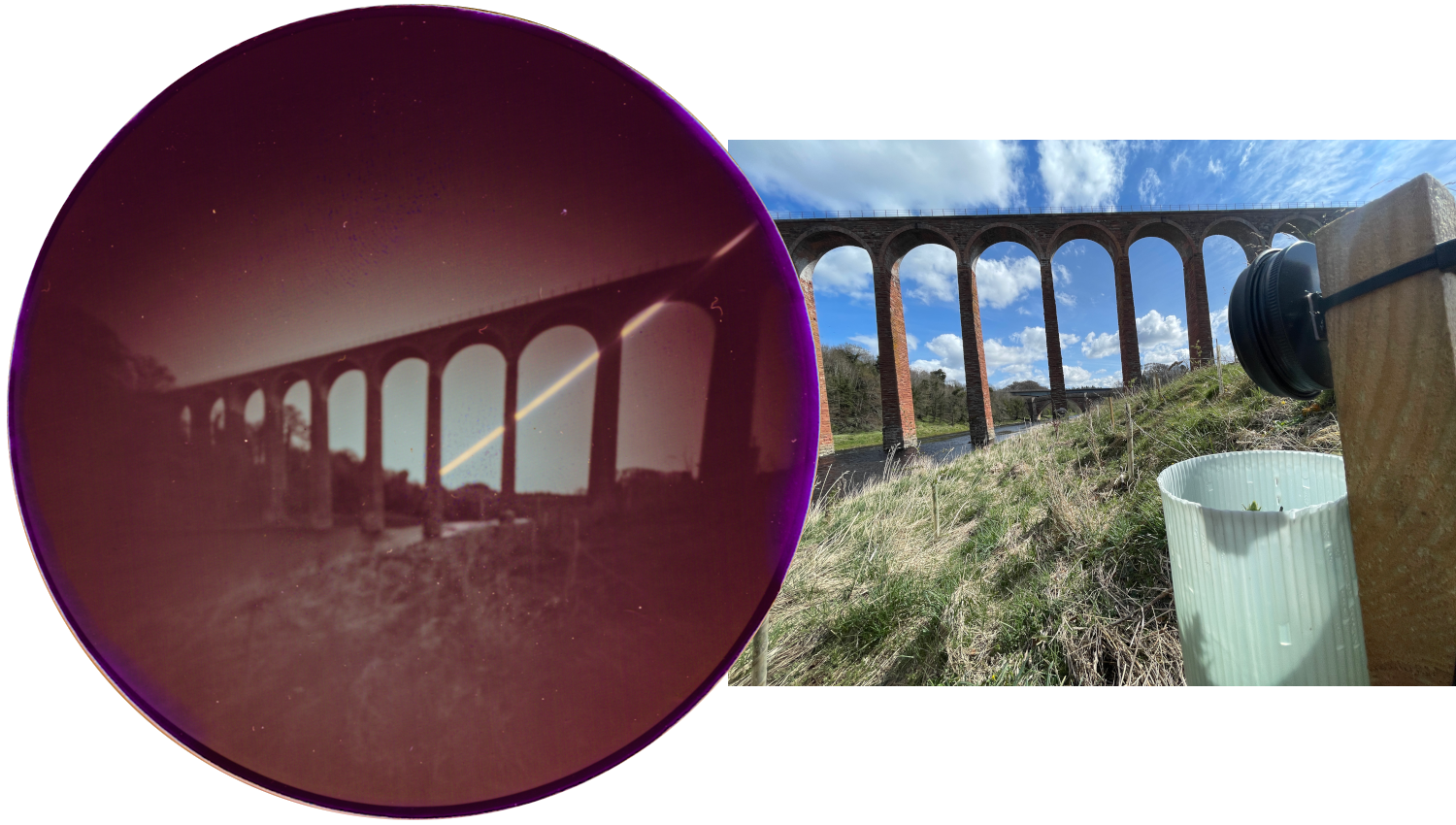 Did you tweak the design at all?
Yes, massively. It’s black now, inside and outside and has a very fine debossed design. We’ve also been hard at work developing the correct attachments for installation.

How much time is needed to get a decent exposure?
A single day. On learning this, I realised it had to be a permanent product. It’s so incredibly easy and quick to install. We took a beta Puck on holiday and I managed three different brilliant exposures in three days. The whole energy was faster in comparison to the classic.

What’s been your experience testing the new design?
The two biggest take homes :

– inconspicuous. When installed on a street sign or public place it looks natural; part of the street furniture. 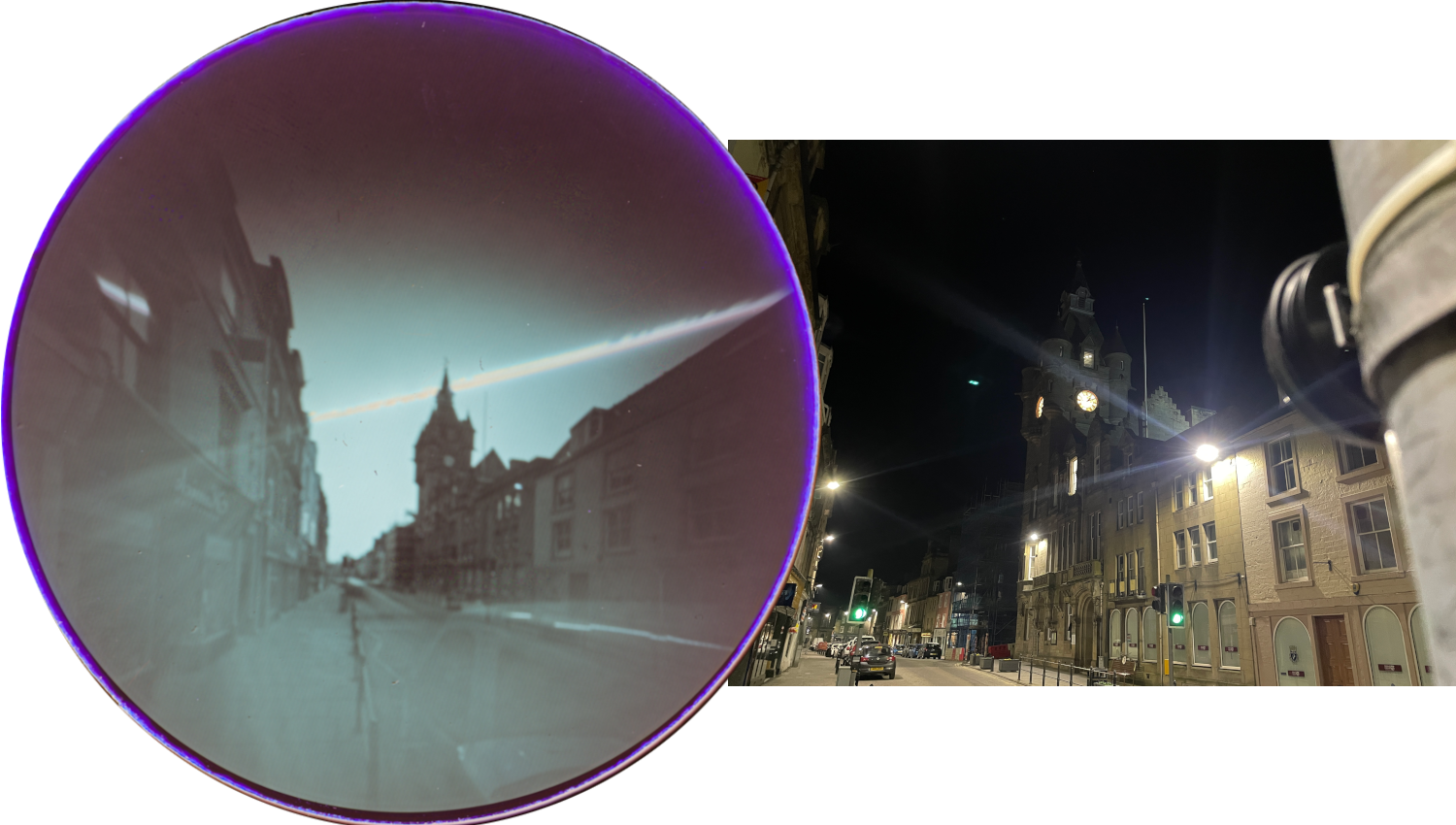 How much sharper are the images?
Because they are captured in a flat surface they appear incredibly sharp. We’ve been blown away by some of the results. The pinhole is still 0.5mm as with the Classic.

What kind of pics would you use this for over the original Solarcan?
Tests, experiments and single day exposures

Do you expect this to be a permanent addition to the Solarcan line-up?
100%. This is what the Kickstarter is about. I vowed not to let that happen in November but the Puck really needs to be used more. It’s addictive. 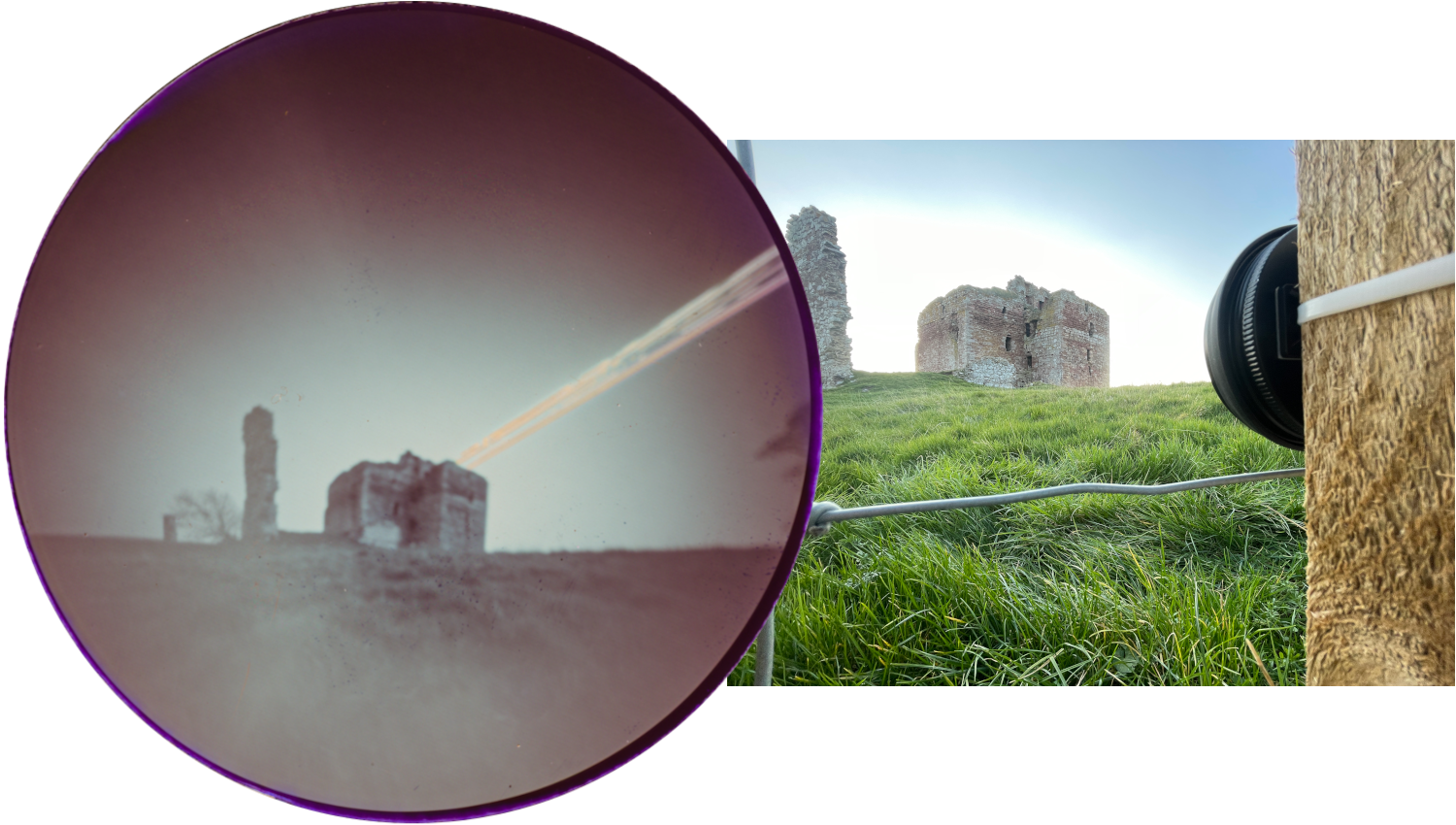